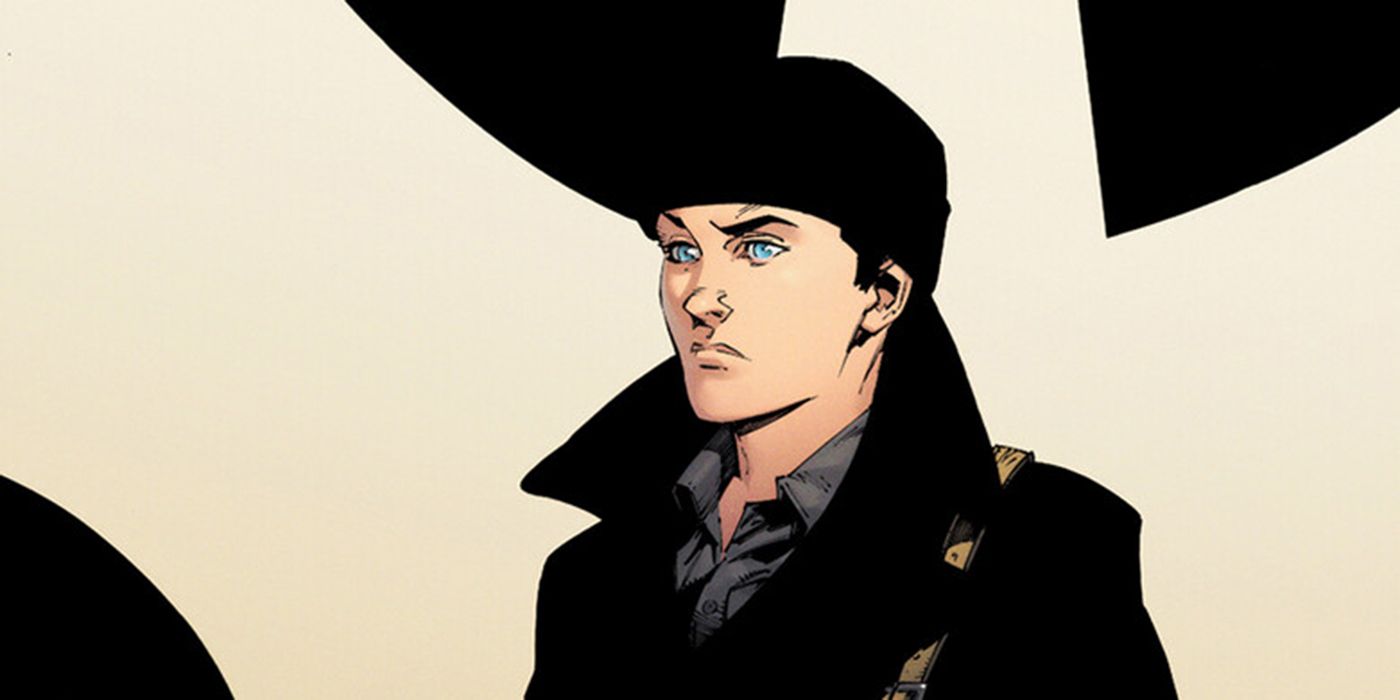 One of the most iconic origin stories in the comic book medium is Batman‘s. Billionaire heir Bruce Wayne was traumatized by witnessing his parents gunned down in Crime Alley, and in response to that trauma, he dedicates his life to becoming a vengeful crimefighter. Acclaimed comic book creators Chip Zdarsky and Carmine di Giandomenico are teaming up for the ten-issue miniseries Batman: The Knight, launching January 2022. The Batman run explores the time between his parents’ murder and Bruce’s return to Gotham City as the Dark Knight.

In an exclusive interview with CBR, Zdarsky teased what readers can expect from his overarching story of Bruce’s global training before his Gotham City return. The writer compared his approach to Batman with his concurrent work writing Daredevil. Also included with this interview is an unlettered preview from January’s Batman: The Knight #1, written by Zdarsky, drawn by di Giandomenico, and colored by Ivan Plascencia. 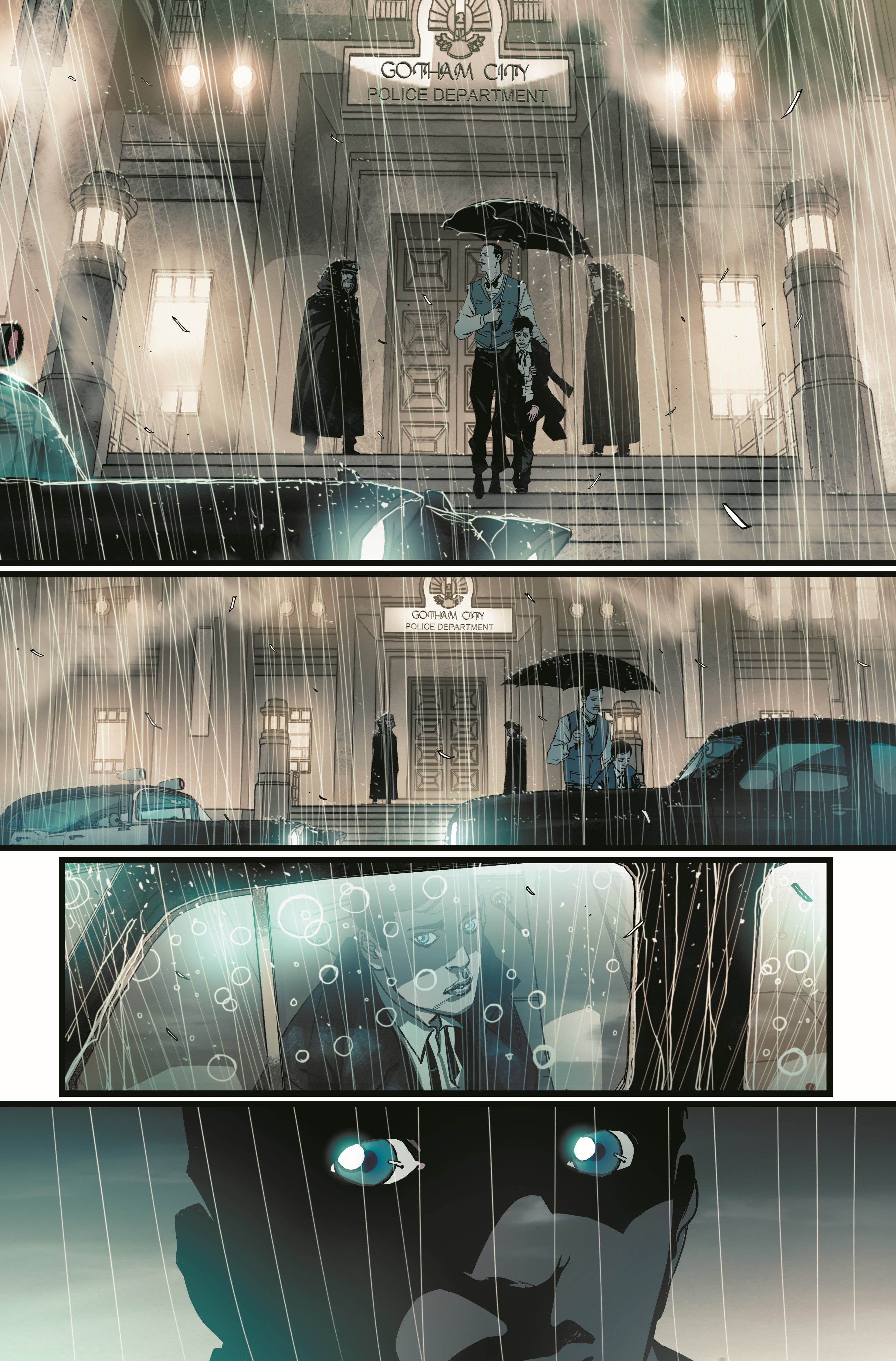 Chip, how did the idea of crafting a fresh, new origin of Batman with Carmine di Giandomenico come about?

Chip Zdarsky: Honestly, it came about because working on my Batman/Red Hood story for Urban Legends was a ton of fun! All the editors in the Bat-office were amazing to work with, so when they approached me with the idea of a young Bruce Wayne story, I immediately went to work figuring out if it was a story I wanted to tell. Pretty quickly I realized all the potential here and came back to them with a 10-issue oversized pitch. I thought that they’d laugh me out of the virtual office. But they said yes! The fools!

With Batman having one of the most iconic origin stories in modern fiction, what new elements or angles did you want to address with this look at Bruce becoming the eponymous Dark Knight?

There have been a lot of stories over the decades that dip into these years of Bruce traveling the world, but never one large, overarching story. So the fun of this has been incorporating previous tales with new adventures and showing the building toward Batman over time. It’s about Bruce’s youthful hubris, his developing confidence in his abilities, and most importantly him figuring out with he wants to do with it all. 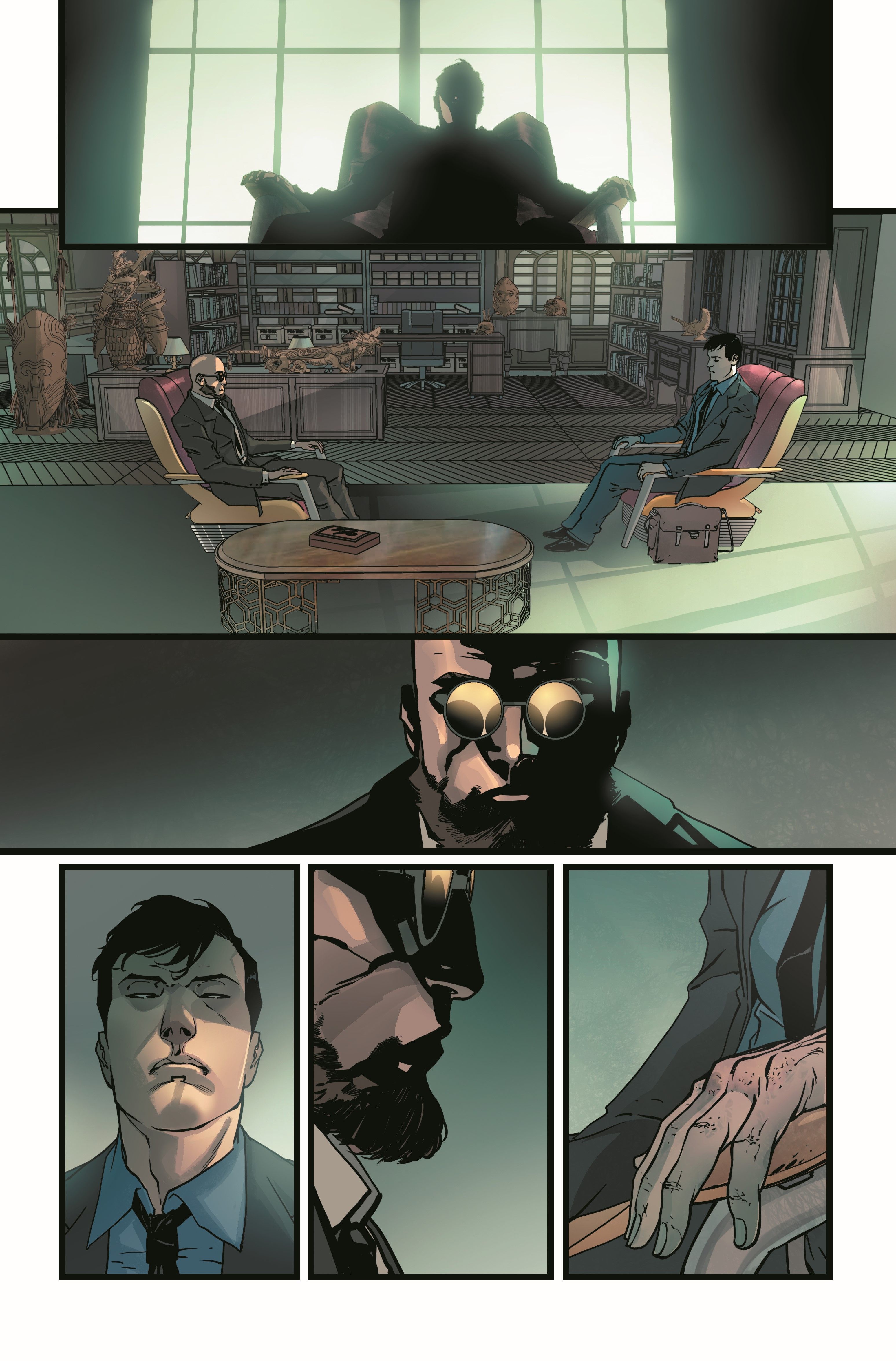 Hugo Strange plays a prominent role in this opening issue. What was it about bringing in such a sinister figure front and center as Bruce finds his way?

It happened pretty naturally! I knew I wanted a young Bruce seeing a therapist, and having it be Hugo Strange opened up all sorts of possibilities. Putting Strange’s mind and ego up against someone younger and smarter created some fun conflict.

How has it been working with Carmine di Giandomenico in bringing this story to artistic life? What has gotten you excited seeing those pages come in?

Oh man, Carmine is the best! I really liked his previous work, but he’s leveled up so much on this project in every way. I think readers are going to be blown away with his art on this! It’s Bruce Wayne, but he’s given every page a beautiful Batman moodiness. 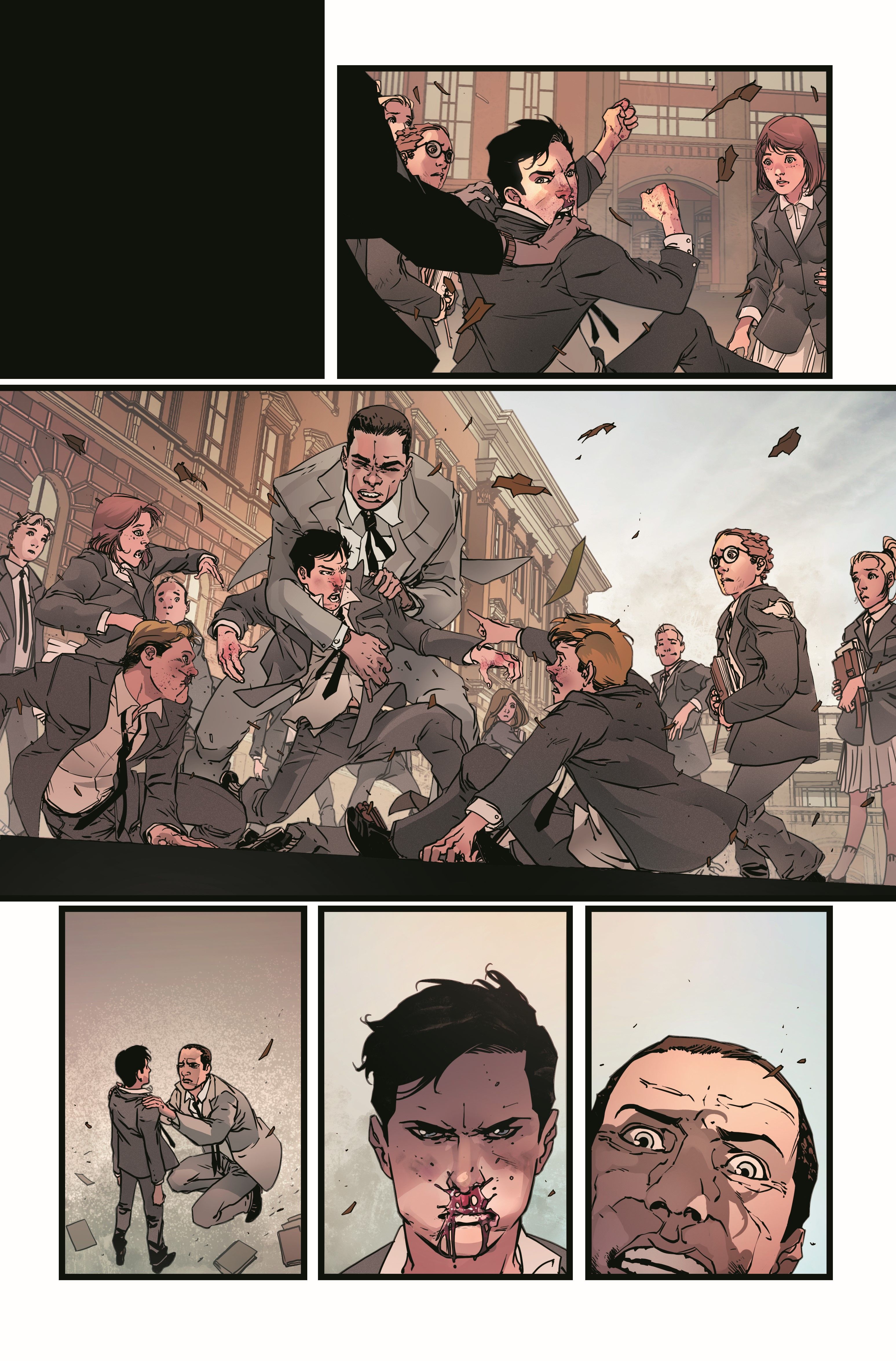 Between Batman and Daredevil, you’ve been exploring heroes’ complicated relationship to violence and pain. What is it about this more postmodern look at superheroes that you find intriguing as a storyteller?

Ha! Well, writing superheroes is a tricky balance between showcasing these fantastic, unreal worlds, and grounding them in enough reality that the reader feels like there are repercussions for what happens. Characters like Daredevil or Batman give you a bit more leeway to veer toward reality and address the fallout from violence because they’ve had so many previous takes that are, you know, “gritty,” for lack of a better word. I don’t necessarily want to write the Fantastic Four delving into the cycle of violence, but Batman? Absolutely.

Chip, what else can you tease about Batman: The Knight as we approach the series launch?

It’s not only the story of Bruce Wayne finding himself in the world, it’s also the story of his friendship with Ghost-Maker and a cast of old and new characters — some of who can come back to haunt him as Batman. I think readers are going to dig it. 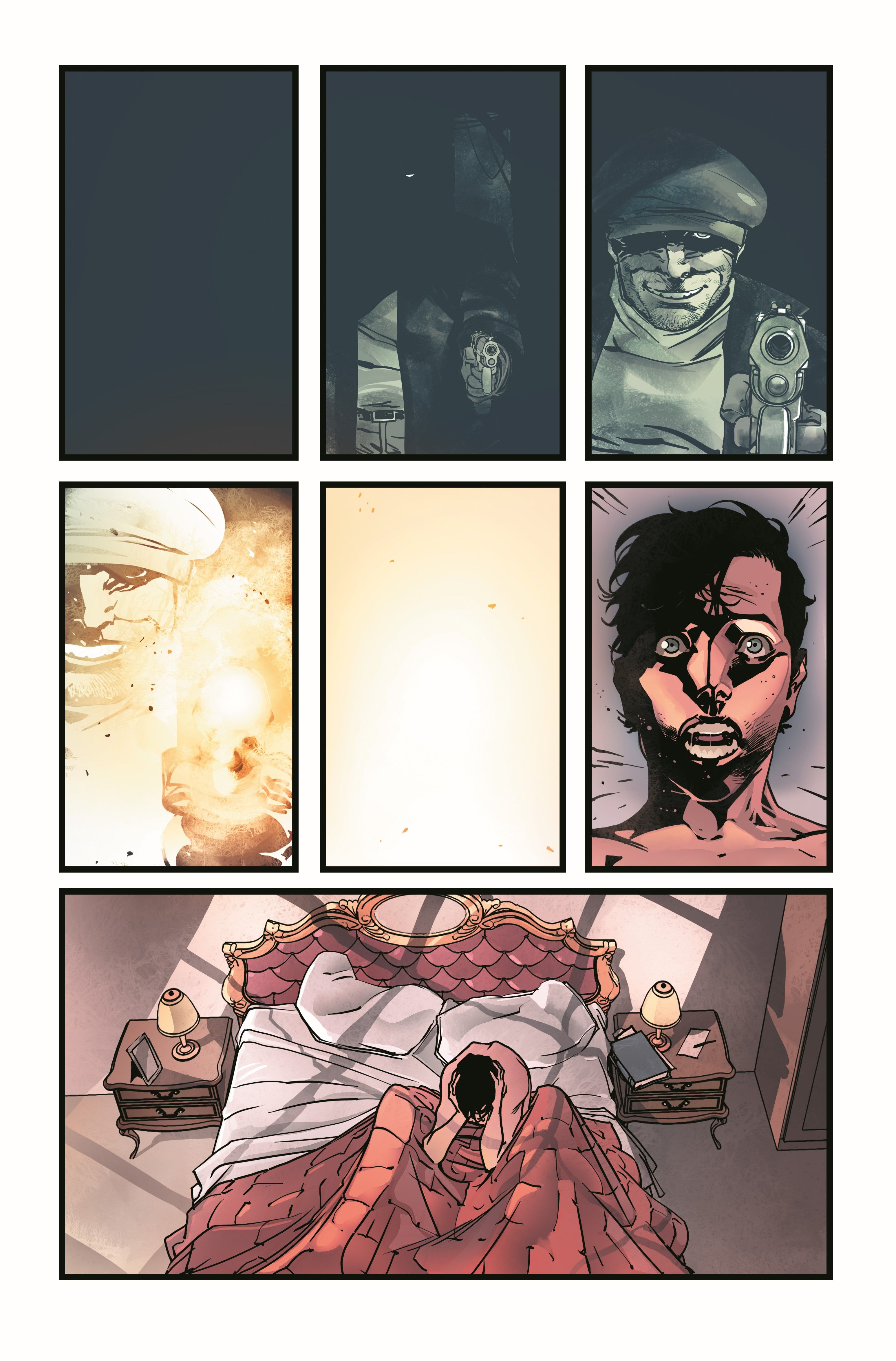 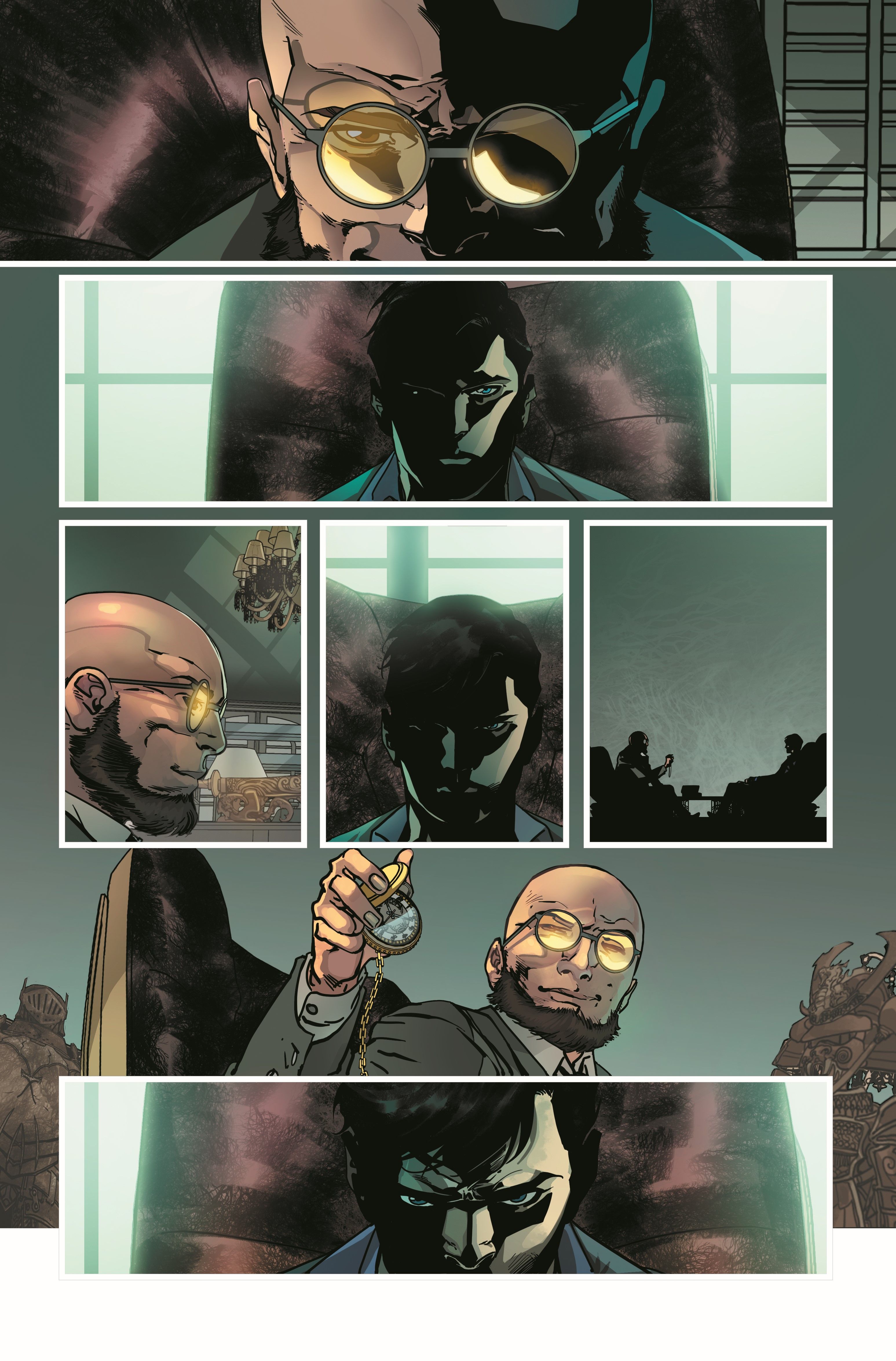 Written by Chip Zdarsky and illustrated by Carmine di Giandomenico, Batman: The Knight #1 goes on sale Jan. 18 from DC Comics.

Spider-Man: Across the Spider-Verse Producers Chris Miller and Phil Lord Speak Out on Tom Holland Cameo

The Podcast of Oa Episode 205