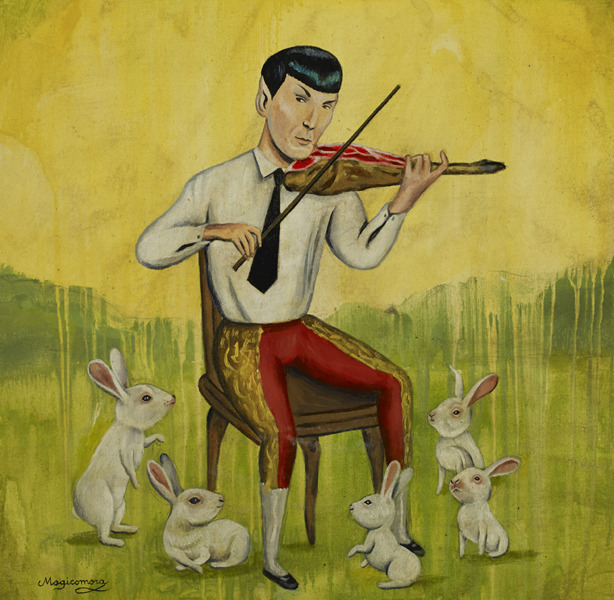 Postpunk power pop sucks. I’m just going to say that. As a general rule, it lacks imagination: Some clear voiced frat boy is singing about nothing while surface-catchy hooks punch the end of each verse.

And it is AMAZING.

First off: Why is it called YAK: A Collection of Truck Songs? I have no idea.

Second: Who the fuck are these people? Well, this is Angel Du$t’s fourth album, so that explains why they sound so good together. And the members emerged from Trapped Under Ice, with the founder, Justice Trip being that band’s frontman and a hardcore legend, and three other members going on to form Turnstile, who are responsible for one of this year’s best albums. And I’m betting YAK will also make my end of the year list.

So yeah, it’s postpunk. But it’s informed by hardcore. And by a lot of indie rock/pop that preceded it. Nowhere is that clearer on the album than the pair of songs All the Way Dumb/Dancing on the Radio. All the Way Dumb has a backing riff that’s straight out of the Baltimore/DC hardcore scene of the ’90s, but makes a tempo change to become downright melodic at the end. Right after it, Dancing on the Radio has a song title that belongs in ’70s soft rock–complete with an almost whispered chorus–but it’s not fluff. “You’re a leader, you don’t follow,” sings Justice on a slow dance song that’s actually ABOUT SOMETHING.

The title track, YAK, sounds a bit like Bloc Party. No Fun is not a cover but you can hear ’80s Iggy in it. Iggy Pop was another guy who took a hard punk sound and mainstreamed it. Love is the Greatest actually recalls Red Hot Chili Peppers in a good way. (That’s saying something for me–I am emphatically not a RHCP fan.). Truck Songs almost sounds like rockabilly.

Endlessly surprising. Fascinating. One of my favorite albums I’ve heard in years.

These punks are not just fighting for a cooler place under the lighting.

The post YAK: A COLLECTION OF TRUCK SONGS by ANGEL DU$T appeared first on Berkeley Place.

The Batman Might Have Dropped a Bane Easter Egg