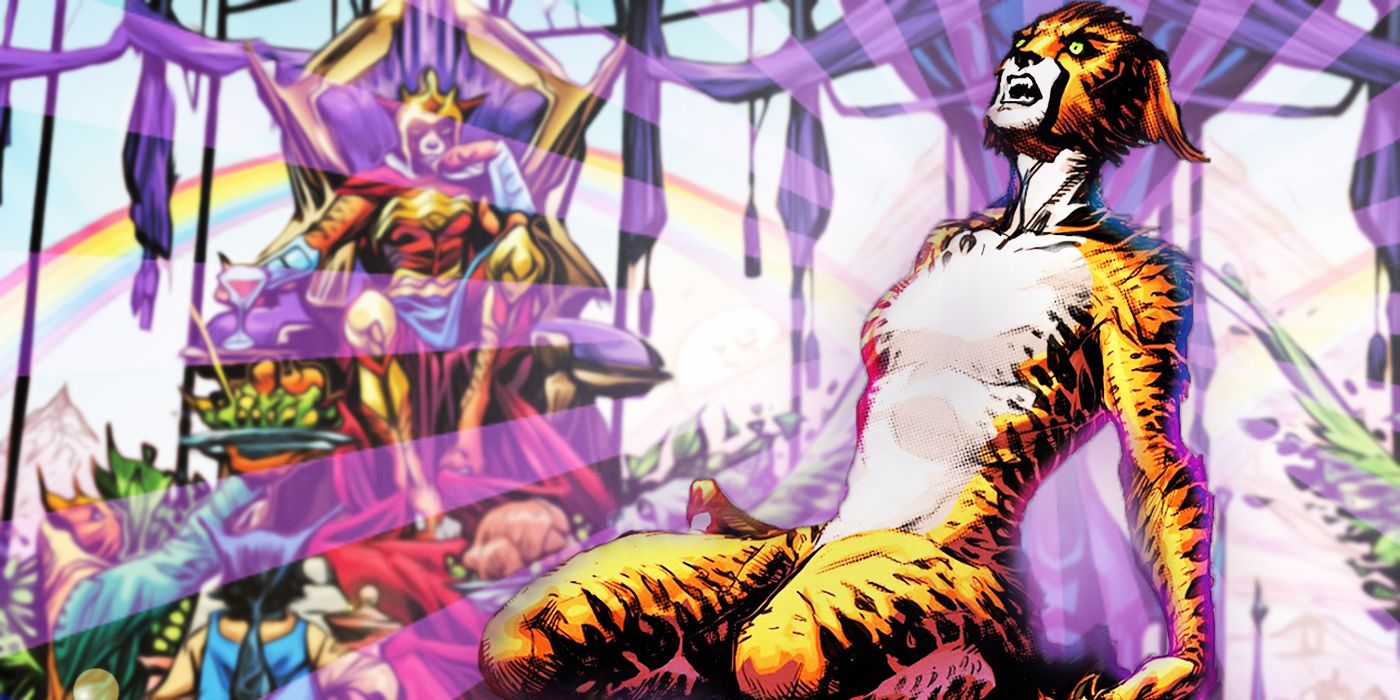 Since being recruited by the mysterious peace-keeping organization known as T.R.U.S.T, Deathstroke and Black Canary have been commissioned to apprehend various supervillains, leading the two former enemies to encounter plenty of new and deadly threats.

In Deathstroke Inc #3 (by Joshua Williamson, Howard Porter, Hi-Fi, and Steve Wands), the list extends to the Wonder Woman villain Cheetah, who gives the mercenary a first-hand look at the tragedy behind her villainous ways.

RELATED: Suicide Squad’s Peacemaker & Deathstroke Team-Up Is Too Weird For The DCEU 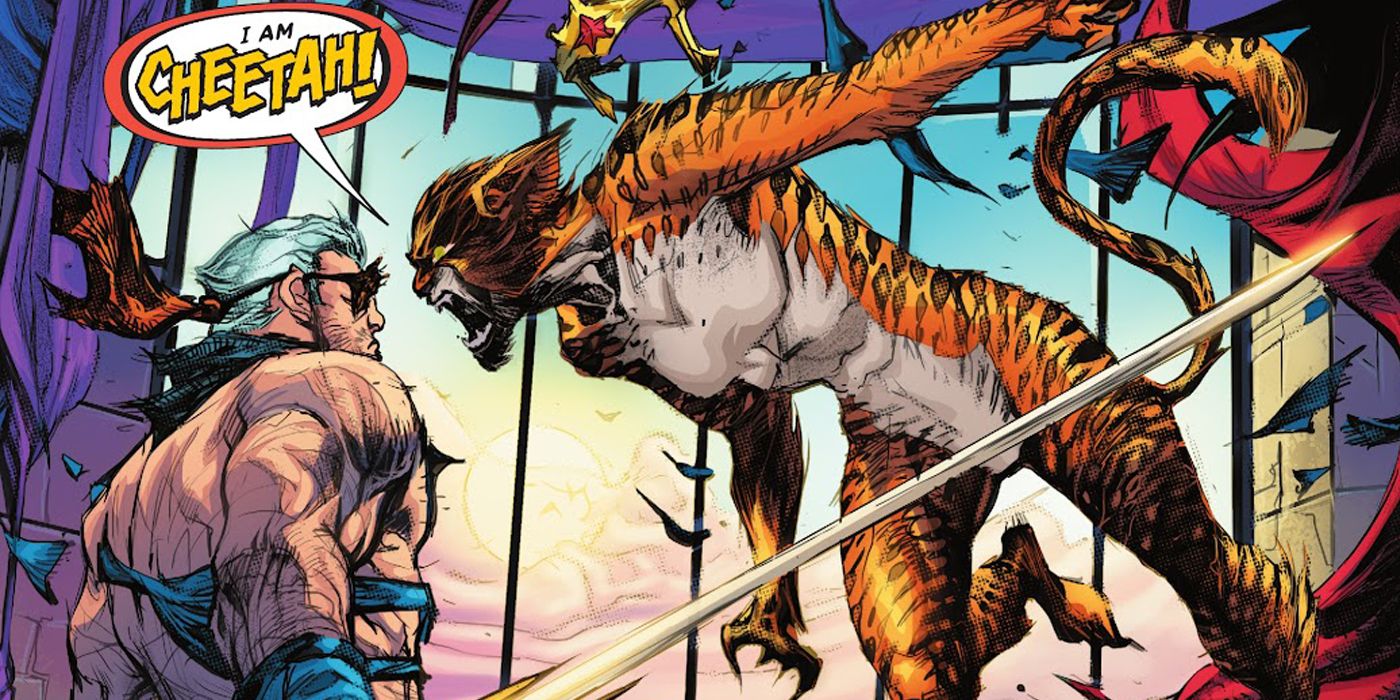 Cheetah has been one of Wonder Woman’s more iconic villains for decades, bringing a ferocity to their battles and even recently serving as her opposite within the Legion of Doom. But, going all the way back to her Golden Age incarnation (albeit Priscilla Rich instead of Minerva), there’s always been the potential for friendship, making their continued animosity all the more somber. In modern incarnations, one of the saddest elements of Cheetah has been her deep-seated desire to be more like her worst nemesis, Wonder Woman. This was most prevalent in the DC Extended Universe film Wonder Woman: 1984, where Barabra’s wish on the Dreamstone started as a desire to be more like the Amazonian Princess, only for the ensuing transformation and her inner rage to remake her into a deadly villain.

This carries over to Deathstoke Inc #3, which focuses on the mercenary Deathstroke’s hunt for Cheetah. This leads him and Black Canary to the Queen of Fables, who has been using her magical fairytale book to provide mystical hideouts for villains. Deathstroke ventures into the realm created for Cheetah, and finds himself in a beautiful fantasy world. Venturing further, the mercenary discovers an entire village of Cheetah-people who actively cheer when they discover he’s there to bring down their “queen.” Although Cheetah had been a kind ruler at first, she became increasingly violent and hardened, hunting her own subjects for sport and becoming a ruthless and brutal ruler. Notably, her royal attire is strikingly similar to Wonder Woman’s costume, sharing a tiara and color scheme with the Princess. 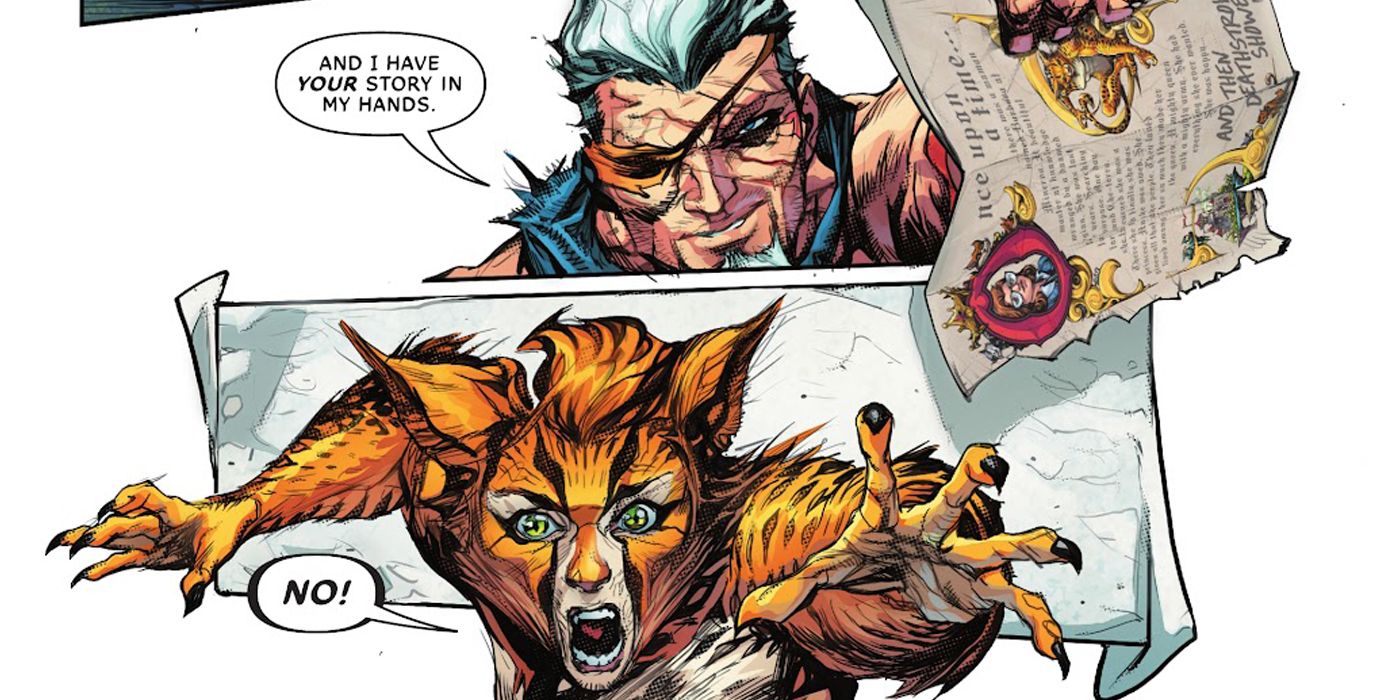 Fighting his way through her guards, Deathstroke confronts Cheetah. She tries to explain that she just wanted to be left alone, but the mercenary points out that despite her desire to be a queen like Wonder Woman, she’ll never be a hero. In her ensuing fury, Cheetah attacks Deathstroke, which leads to her being defeated and dragged out of the fairytale world. This seems to break Cheetah’s heart, as she collapses to her knees as her imagined existence collapses around her. It’s a particularly somber moment, highlighting the ultimate tragedy behind the villain.

Cheetah has gone toe-to-toe with some of DC’s greatest warriors, holding her own against Wonder Woman and earning her place among the most feared villains on the planet. But at the end of the day, she just wants the love and admiration of others, like her nemesis seems to have naturally. Unfortunately, her ferocity and anger at the world around her make her unfit for such a position. Even in a fantasy world of her own creation, the citizens end up turning against her and calling for her death, possibly exposing the even more tragic truth that the villainess recognizes her shortcomings and is unable to overcome them.

Cheetah is an animal, as she says, and lashes out at anything and everyone — including herself. She can wear the trappings of Wonder Woman, but she can’t become like her, and that rage has cost her the chance to become a better person, even within the fantasy realm that she herself created.

The Most Important DC Comics by George Pérez | CBR