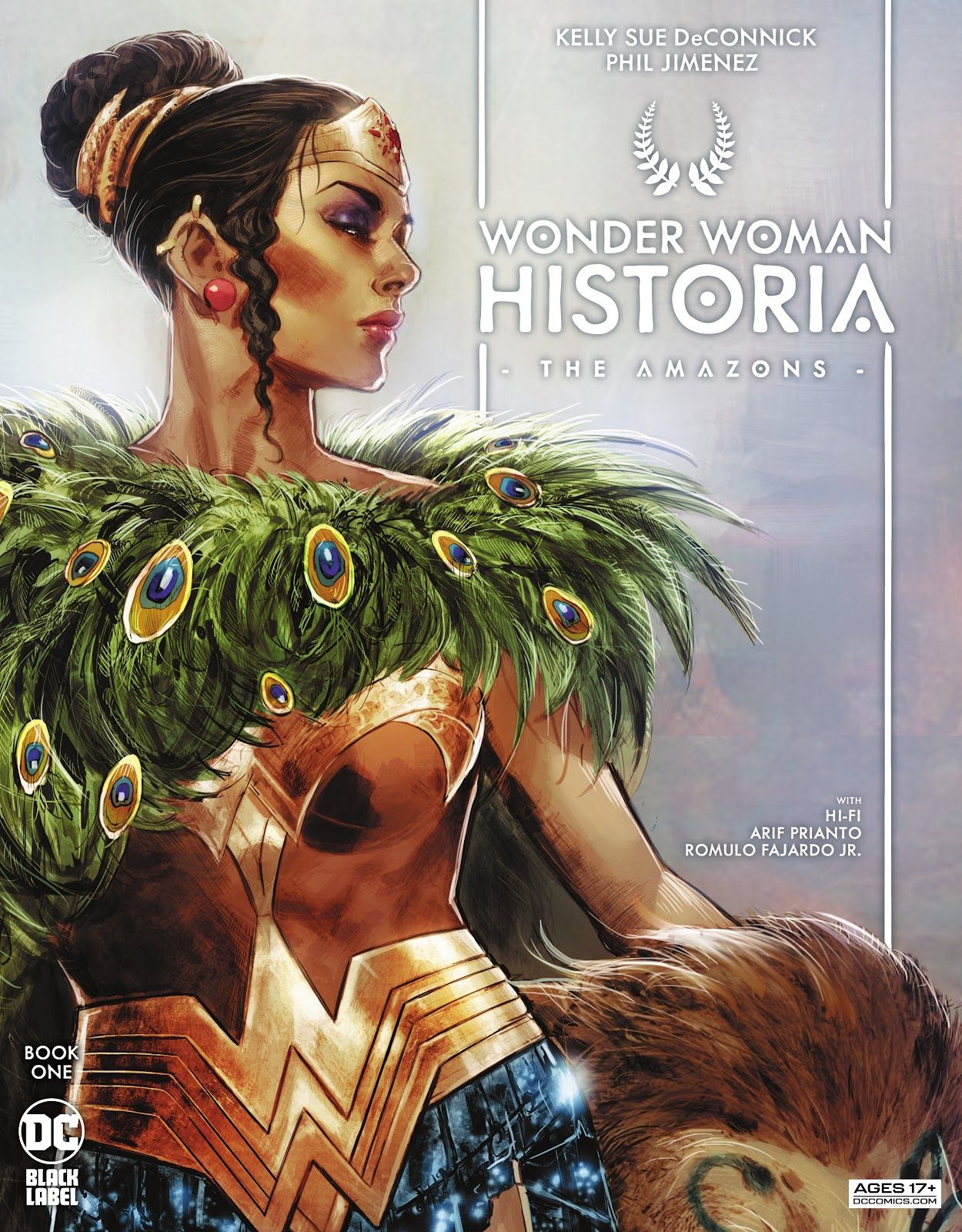 Batman has Year One and Zero Year. Superman has Man of Steel, Birthright, and Secret Origins. These iconic DC heroes have received several origin stories across comics and other media. However, Wonder Woman‘s origin story has never received as much attention in DC Comics. In the DC Black Label series Wonder Woman Historia: The Amazons, writer Kelly Sue DeConnick and artist Phil Jimenez give the character the ambitious origin she deserves.

Described by DC as the “entire story of the Amazons” up to the arrival of Steve Trevor on Themyscira, this premiere issue delves into Greek goddesses and their righteous anger. Unable to tolerate the cruelty of men any longer, the goddesses put a plan into action that births a new people — warrior women they call the Amazons. This oversized issue spans the otherworldly realm of myth to the all-too-human concerns of Hippolyta, future queen of the Amazons. To call this simply an origin story for Wonder Woman sells it short.

Wonder Woman Historia is a history of the Amazons, their mythology, and the complex and unjust treatment of women throughout history. It is at once a feminist rallying cry and a power fantasy embracing womanhood while condemning men’s historical abuse of power. Brought to life by one of the industry’s most successful women writers, and an openly gay man, the issue reads as a countercultural statement. It is a stunning work of visual narrative art, lovingly rendered by Phil Jimenez.

As a story that spans generations, Historia is a spectacle. Jimenez uses ornately and intricately illustrated double-page spreads. There are moments of breathtaking beauty that exist only to invite the reader to sit within the story’s grand scope. The story begins with a single black page with white text, explaining that this history is the account of the Amazons, their myth to counter the view of the men who have long controlled the narrative. Following its minimal opening, there’s a two-page spread of six goddesses drawn like vibrantly colored marble pillars.

RELATED: Eternals: The MCU’s Sersi Has a Lot in Common With Wonder Woman

DeConnnick’s words are powerful and lyrical. Her writing is withheld just enough to let the issue’s artwork steal the show. But the story would not work without the clarity of vision that keeps every page building toward the themes at its center. DeConnick challenges her collaborators to break out of any traditional confines of superhero comics storytelling as the women break out of the confines of their patriarchal persecution.

The colors from Hi-Fi, Arif Prianto, and Romulo Fajardo Jr give the book an otherworldly beauty. The bright, neon colors swirl in nebulas and feathery gradients that set the Greek pantheon beyond humanity. When the book transitions towards its character-focused portion with Hippolyta, its colors lean on earth tones to ground her story. Throughout the issue, the color red serves as a visual motif representing violence and persecution. The red follows Hippolyta and is used to punctuate her grief and anger. 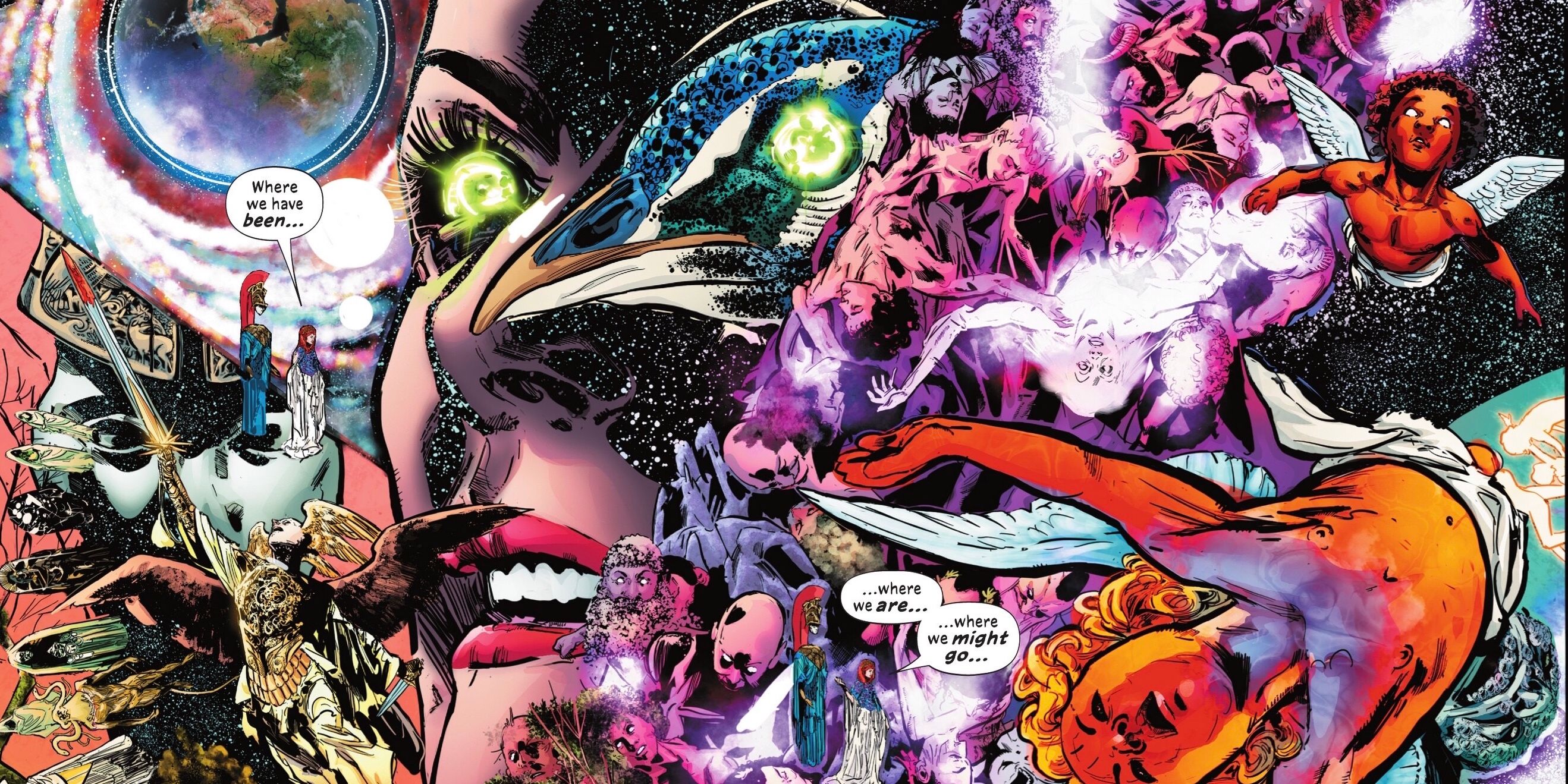 The Bad Guys Takes $16.1 Million in Second Weekend at the Box Office