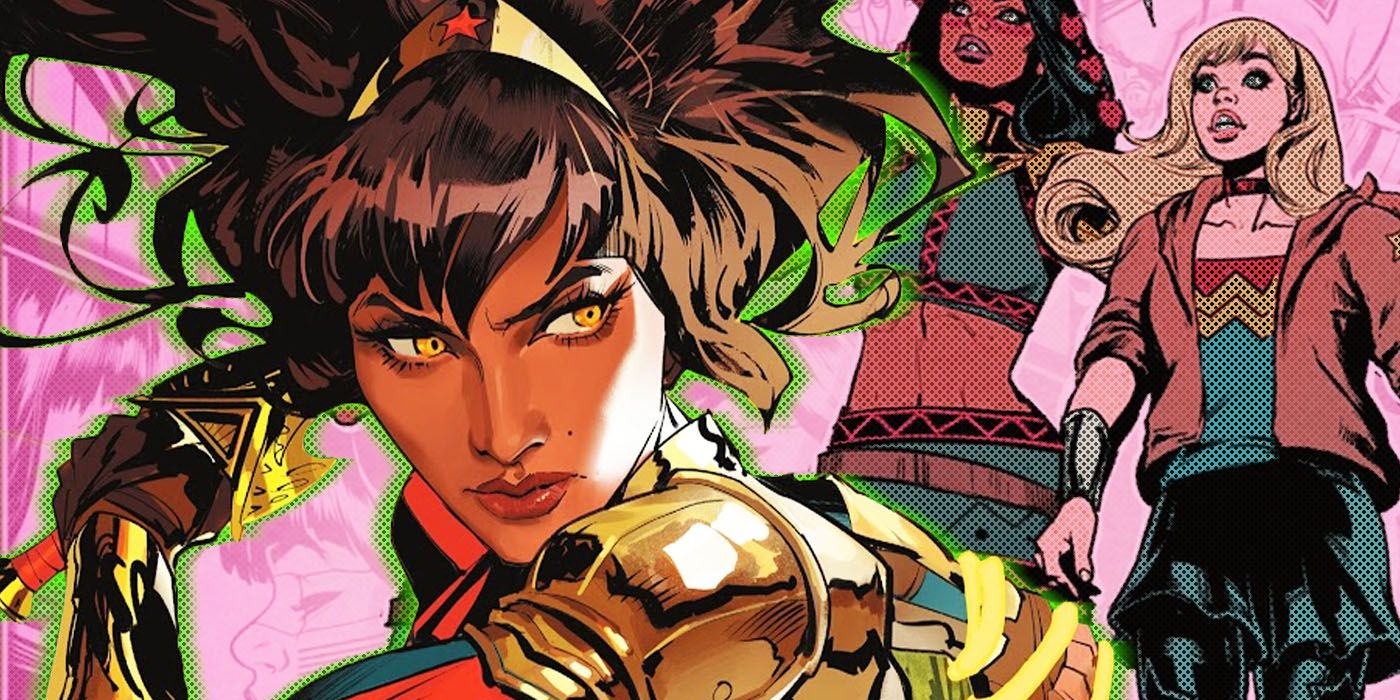 Wonder Girl #5 (by Joelle Jones, Adriana Melo, Jordie Bellaire, and Pat Brosseau) finally confirms something that has been hinted at for the last several issues: the existence of a third tribe of Amazons. This tribe, currently calling themselves the “Esquecida,” has been hidden in the Amazon rainforest for generations.

While it is unclear how they came to inhabit the rainforests of Brazil, the Esquecida warrior known as Potira tells Cassie Sandsmark, one of several Wonder Girls starring in this series, that they have existed for a “period that time cannot count.” And, in another confirmation, she also tells Cassie that Yara Flor, the titular Wonder Girl, is a member of their tribe who was lost. Cassie, however, is more excited at the prospect of a third tribe of Amazons apart from the Themyscirans and the Bana Mighdall. Sensing this, Potira flies Cassie to the hidden City of Akahim, the home of the Esquecida, to meet this new tribe. 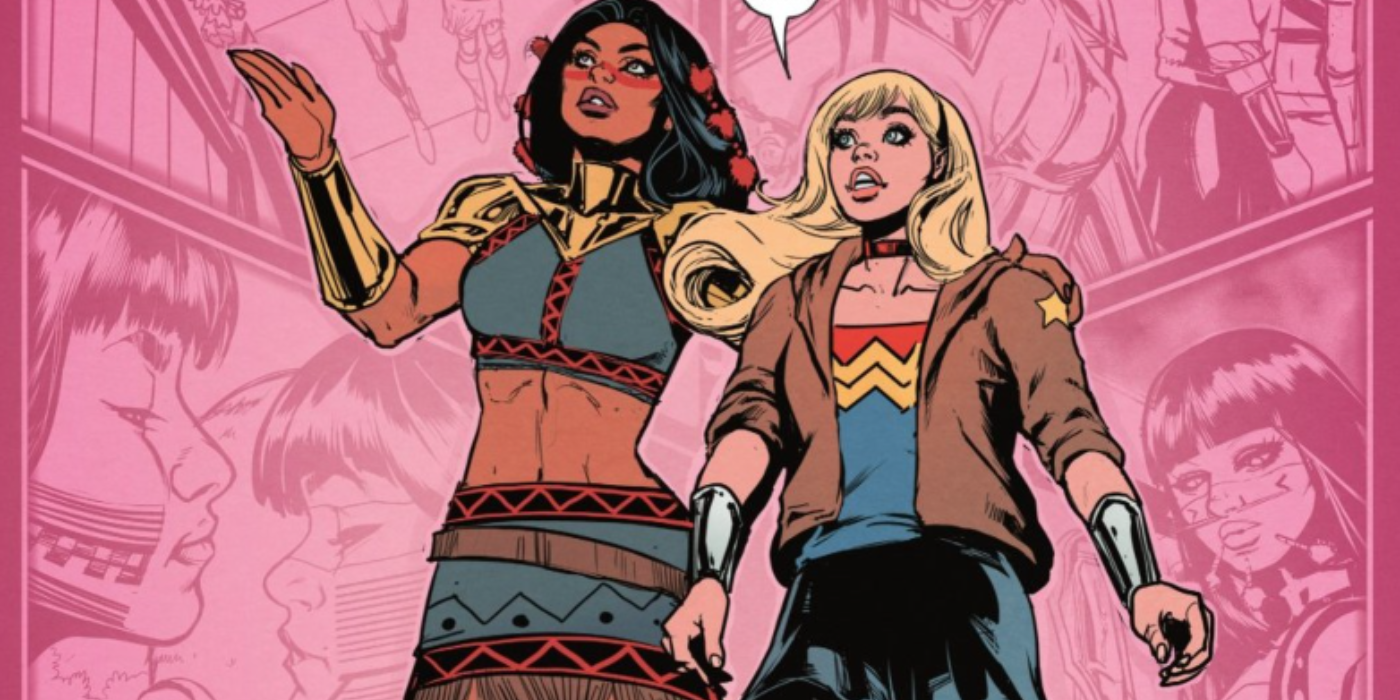 Throughout the tour, Potira tells Cassie that the Esquecida tribeswomen have been content to remain hidden from both man’s world and their supposed sister Amazonian tribes. However, new developments have called that isolation into question. According to Potira, there has been a great shift – an abandonment of duty – and their way of addressing the problem involves them making preparations for war against a very familiar opponent.

The solution of the Esquecida is to march on Themyscira, the home of Wonder Woman and the original Amazons once they’ve collected Yara from the Olympians. On top of that, the Esquecida have also recruited a surprising ally in their crusade: Donna Troy, the original Wonder Girl. How Donna factors into the equation is currently a mystery, as is her reason for allying herself with this group that appears to be in direct opposition to her own Amazonian tribe on Themyscira.

RELATED: How DC’s New Wonder Woman Got a Huge Power Boost from Her New Ride 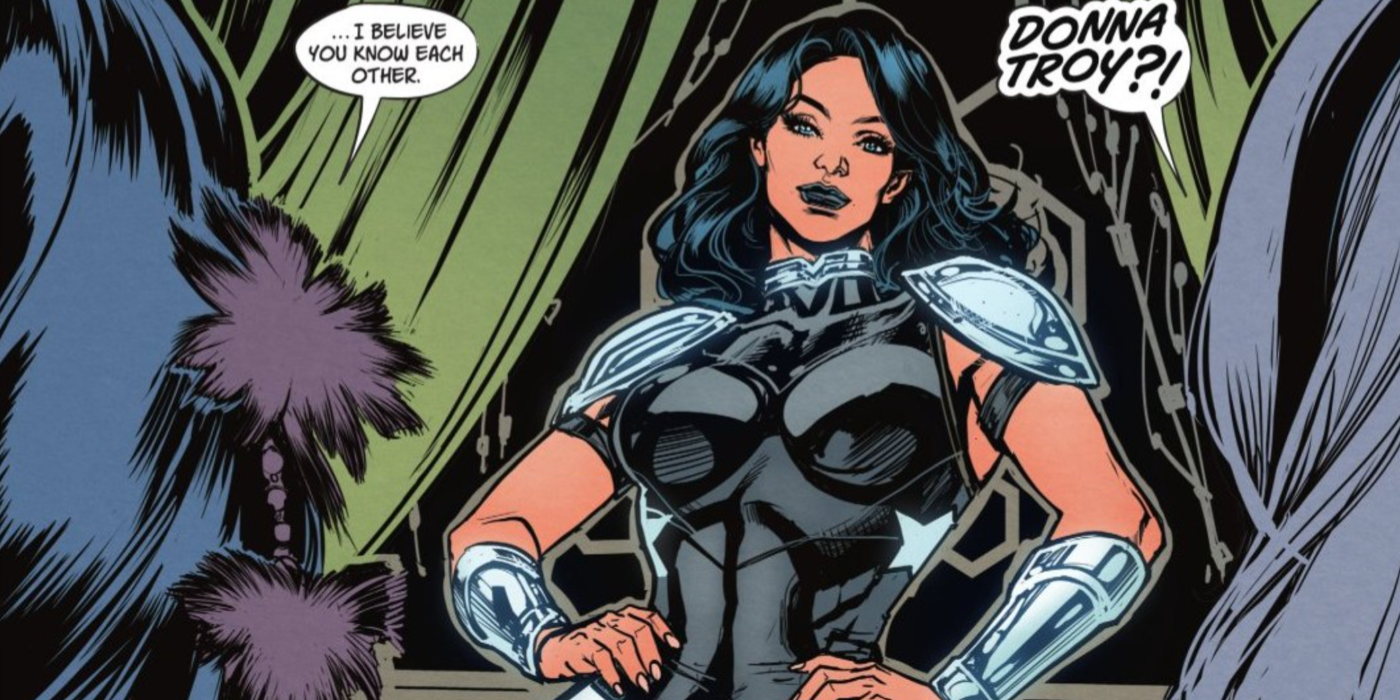 There is also the question of how Yara became separated from the Esquecida in the first place, and whether those events are the root cause of a possible civil war among the Amazons.

This plants the seeds for an intriguing mystery being sown and a thrilling new addition to the Wonder Woman mythos. The answers to these questions will in all probability be answered soon, although it may not be enough to prevent a war of the Amazons.

KEEP READING: Every DC Power Ring Has the Same Secret Ability… Kind Of