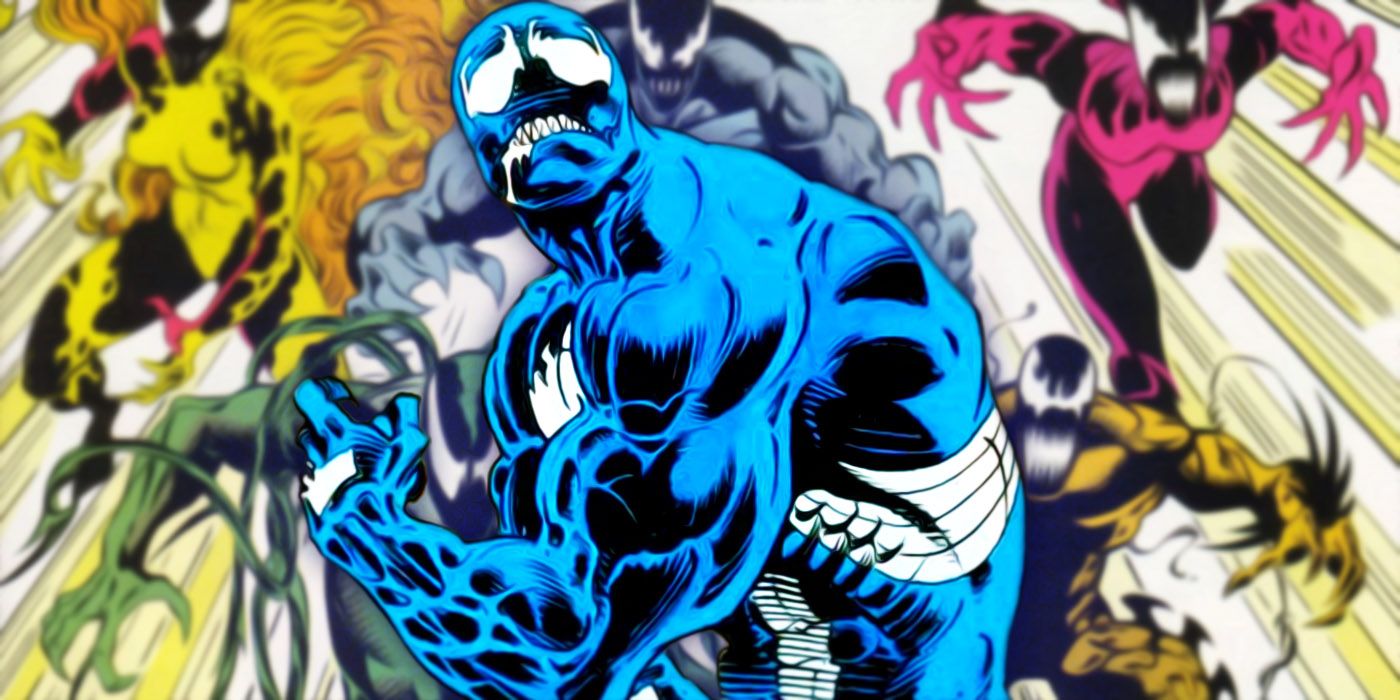 Things have never been easy for the symbiotes of the Marvel Universe, but they’ve only gotten worse since the events of King in Black. With Knull’s invasion came a whole new breed of horror, one that has left humanity with a deep seated fear of all things alien.

Unfortunately, the greatest threat to the world is far more likely to come from within, and the Life Foundation is poised to become just that after a much needed rebranding. 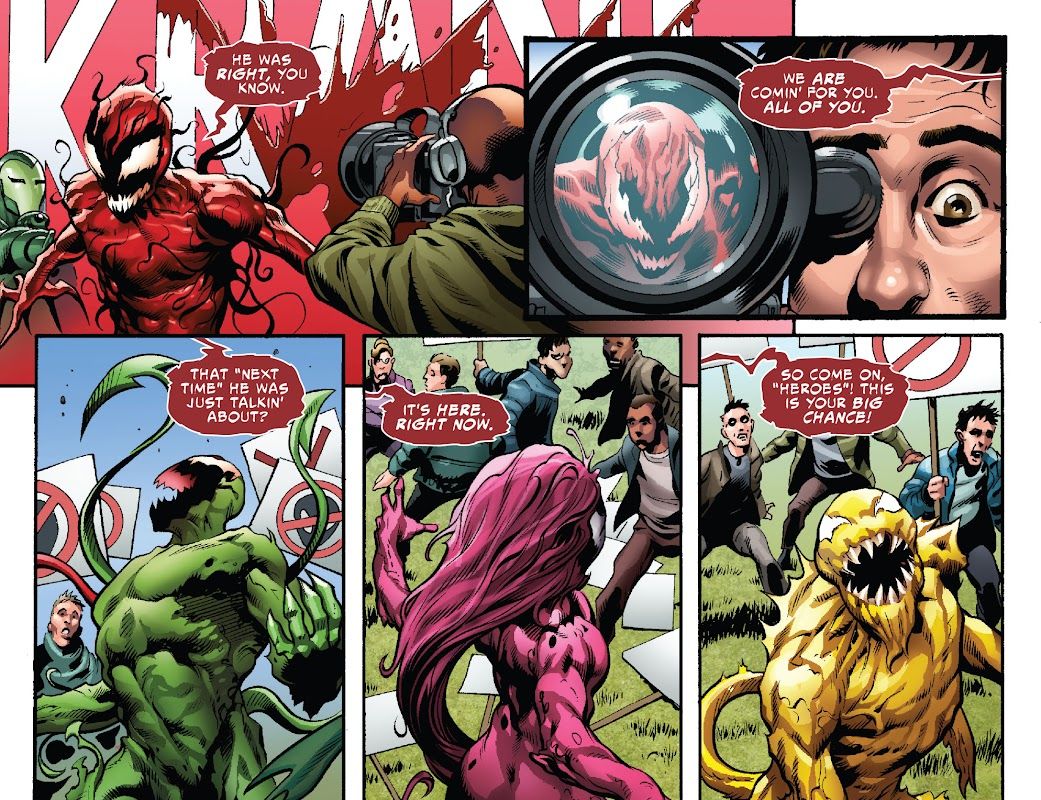 In the wake of Knull’s defeat, a fervent anti-symbiote sentiment has been stoked throughout the U.S., largely thanks to the efforts of Senator Peter Krane. During the senator’s last public appearance, the packed rally he was holding turned into a bloodbath thanks to Carnage and his army, led by the Life Foundation symbiotes. While the elder Krane lost his life in this attack, his son Arthur quickly stepped up to fill his father’s political shoes, concealing the fact that he is Carnage’s latest host along the way.

This has put Carnage in a unique position of power, setting him up to exploit the world’s fears from the podium without disrupting his more obviously villainous endeavors. As seen in Venom #2 by Al Ewing, Ram V, Bryan Hitch, Andrew Currie, Alex Sinclair, and VC’s Clayton Cowles, those include catching Venom, and Carnage has gained some powerful allies to help him do just that. 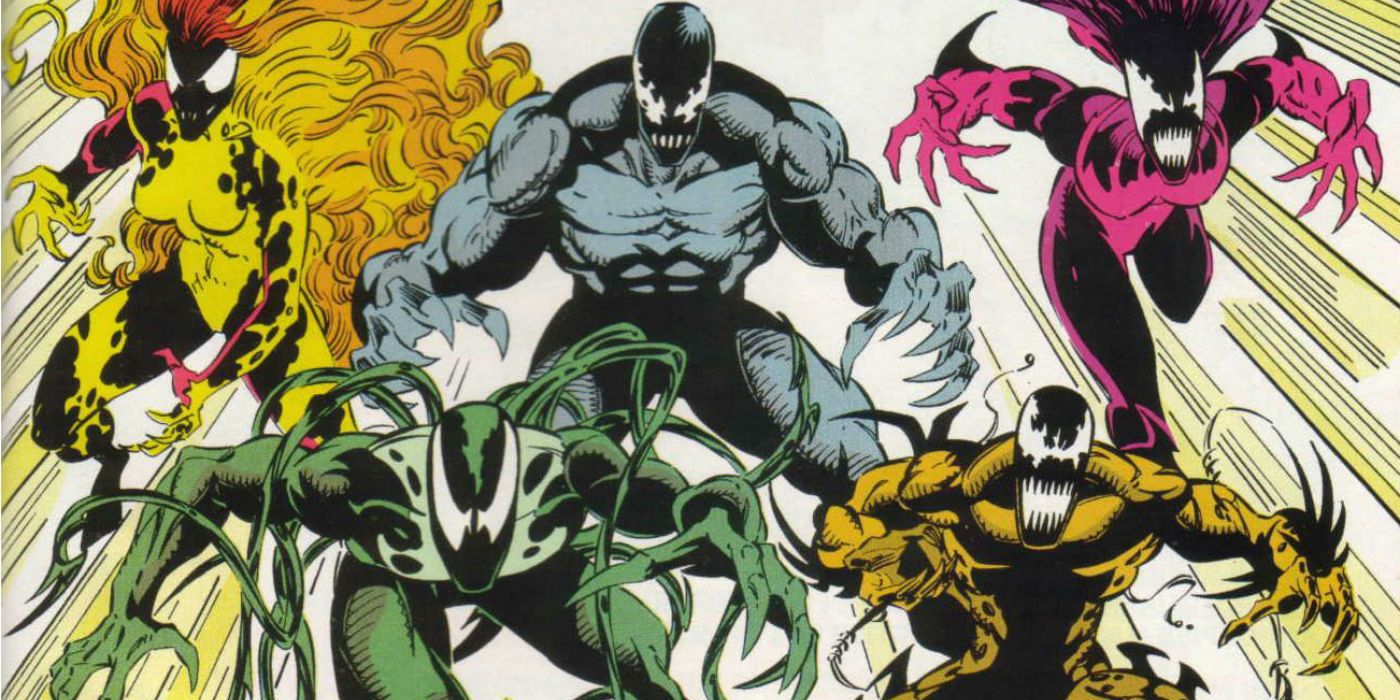 First introduced in 1988’s Amazing Spider-Man #298 by David Michelinie and Todd McFarlane, the Life Foundation were a shadowy organization dedicated to ensuring the longevity of the rich and powerful following whatever holocaust awaited humanity. Under the leadership of Carlton Drake, the Life Foundation created an underground facility to protect them from any potential nuclear fallout. To protect their vision of the future, they forcibly birthed five new symbiotes from Venom. Following multiple disastrous confrontations with the likes of Venom and Spider-Man, the Life Foundation faded into obscurity, at least until Knull’s invasion brought them back to prominence.

The Life Foundation certainly aren’t the only seedy group to take interest in the symbiote threat, though they have yet to suffer the same sort of superpowered setbacks that their competitors in Roxxon and Alchemax have in recent years. This, coupled with an influx of funding from some very wealthy investors, has seemingly put the Life Foundation back in a position to pose a threat of their own by going after Dylan Brock and the Venom symbiote.

When Carlton Drake and Arthur Krane discuss the situation, it becomes clear that the Life Foundation is far more capable than ever before. Not only were they the ones behind the attack that obliterated Eddie Brock, they have been able to keep their eye on Dylan since then, and it doesn’t look like they’re losing track of him anytime soon.

Whatever the Life Foundation has in store for their symbiote victims still isn’t clear, though that hardly matters as much as the fact that they have returned in such intimidating fashion. This new, more overtly militaristic version of the Life Foundation obviously knows what they’re doing in the field. Assuming they really can bring Venom to heel, they won’t have merely accomplished their immediate goal, they will have reestablished themselves as a legitimately terrifying force within the Marvel Universe once more.

PlayStation Plus 1 Year for $40 Black Friday Deal Is On