Wolverine has always been a man of many talents and hobbies. In his very long life, he has shown skills as a samurai, assassin, lumberjack, spy, and superhero. That being said Logan still has many more surprises up his sleeve. One of his most surprising skills also serves as a means of nearly getting himself killed on more than one occasion.

In X-Force #25 (by Benjamin Percy, Robert Fill, Guru-eFX, & VC’s Joe Caramagna), the issue opens with Wolverine meeting with Forge about a particular project that he hopes is completed. Forge quickly delivers by showing Logan a massive Krakoan balsa surfboard coated and edged with adamantium, perhaps to skid the water more smoothly. But, of course, being that it’s made from the same material as Logan’s claws, it also doubles as a deadly weapon. It’s then revealed in the issue that Logan also has a talent and interest in surfing.

RELATED: Why Marvel Was Forced To Change Spider-Man – Over A Bomb Threat! 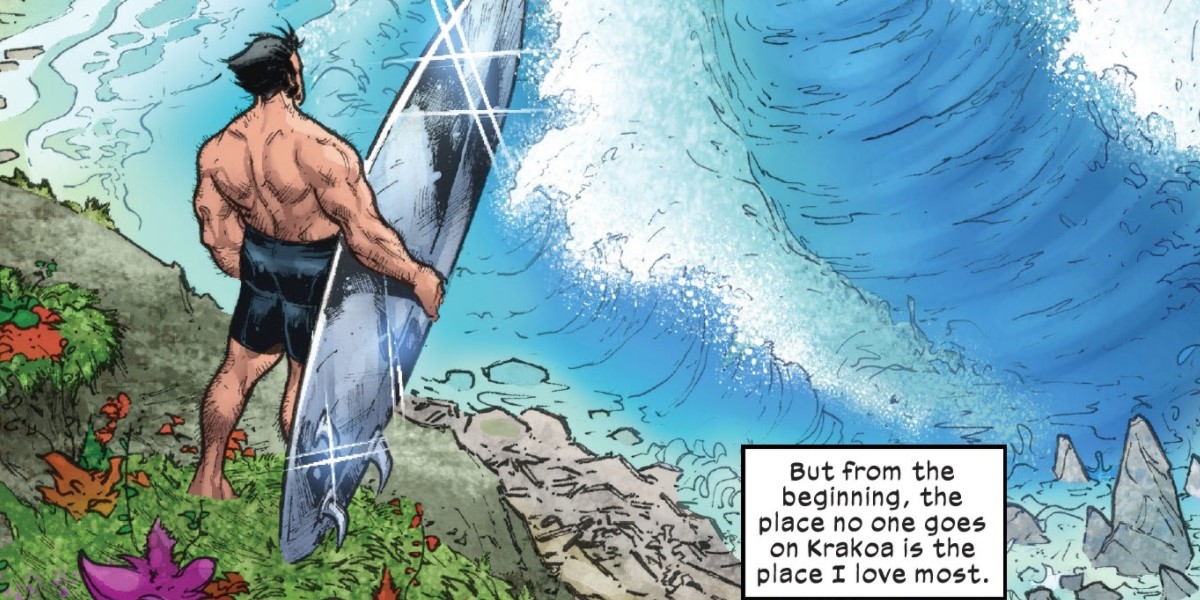 Overlooking Dead Mutant Cove, Logan talks about the dangerous waves in the cove that can reach upwards of 100 feet. As he surfs the pipe of a massive wave, he also talks about the beating that these waves can inflict. During his monologue, the book also shows Wolverine wiping out and hitting a bunch of reefs below the surface, leaving him scarred up and seemingly being left for dead until he’s saved by a fellow surfer named Pike. But why does Logan go to the most dangerous waves to seemingly die in the surf?

Unlike many of the other mutants of Krakoa, Logan is no stranger to death. It’s in that intimate understanding of the topic that he also finds the most understanding and is able to know just how far to push himself since he’s gone past the limit so many times before. Before taking to the waves, he states, it’s in violence that you find true paradise. He reflects, “You do your best living when you can taste the dying.” Essentially, Logan taking on dangerous waves offers him some semblance of control over his own mortality. Whether he survives or gets close to death’s door again is up to him and a higher power. Essentially, it’s a unique meditation that only Logan can understand. 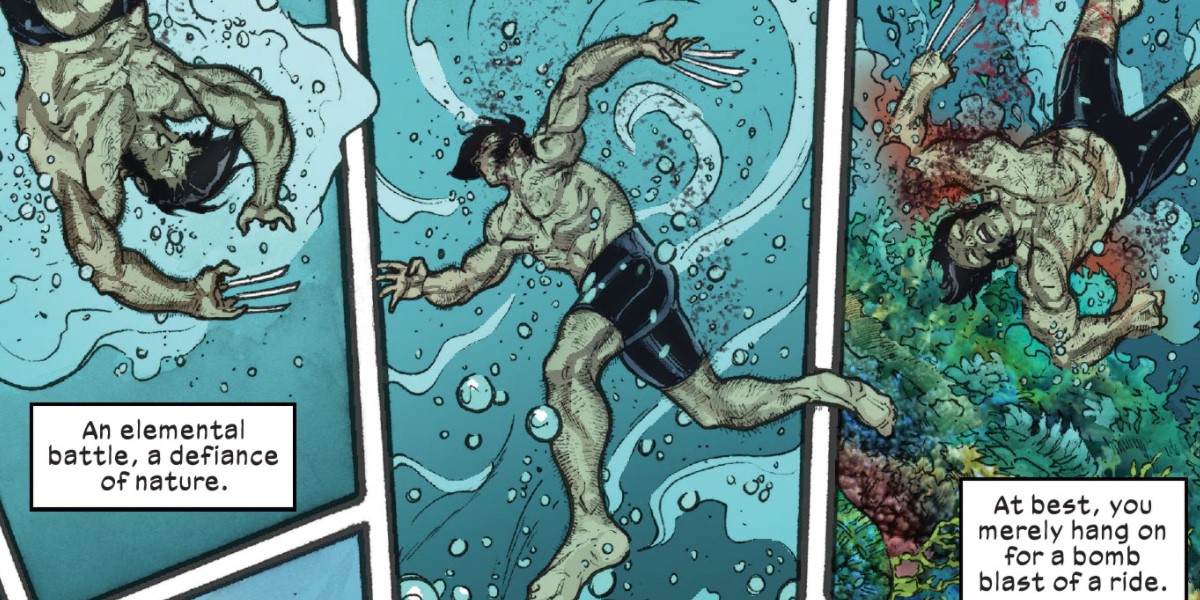 There’s also a peculiarity to seeing a man with an incredibly heavy adamantium skeleton taking to the surf as well. However, this isn’t the first time the character has had a loose connection to the sport. In a canceled X-Men TV pilot called “Pryde of the X-Men,” Wolverine is portrayed with an Australian accent rather than a Canadian one. Ironically, Australia is also where surfing is a big part of the culture and the home of Hugh Jackman, the live-action Wolverine. So strangely, while unorthodox, Logan’s past time brings the character’s entertainment history full circle.

Wolverine isn’t afraid of death and has even sought it out on more than one occasion. While it seems like surfing the deadliest waves in Krakoa is another attempt to face death, it’s more likely the opposite. Wolverine surfs Dead Mutant Cove to live. When he needs to ground his rage and remind himself of his place as a mutant in the larger world, he surfs these waves and lets nature decide who is strongest. There he finds solace, and by knowing that “the wave always wins,” he’s reminded that no matter how powerful mutants get, nature will always put living things in their place.

KEEP READING: Why Is The X-Men’s Iceman An Omega-Level Mutant?