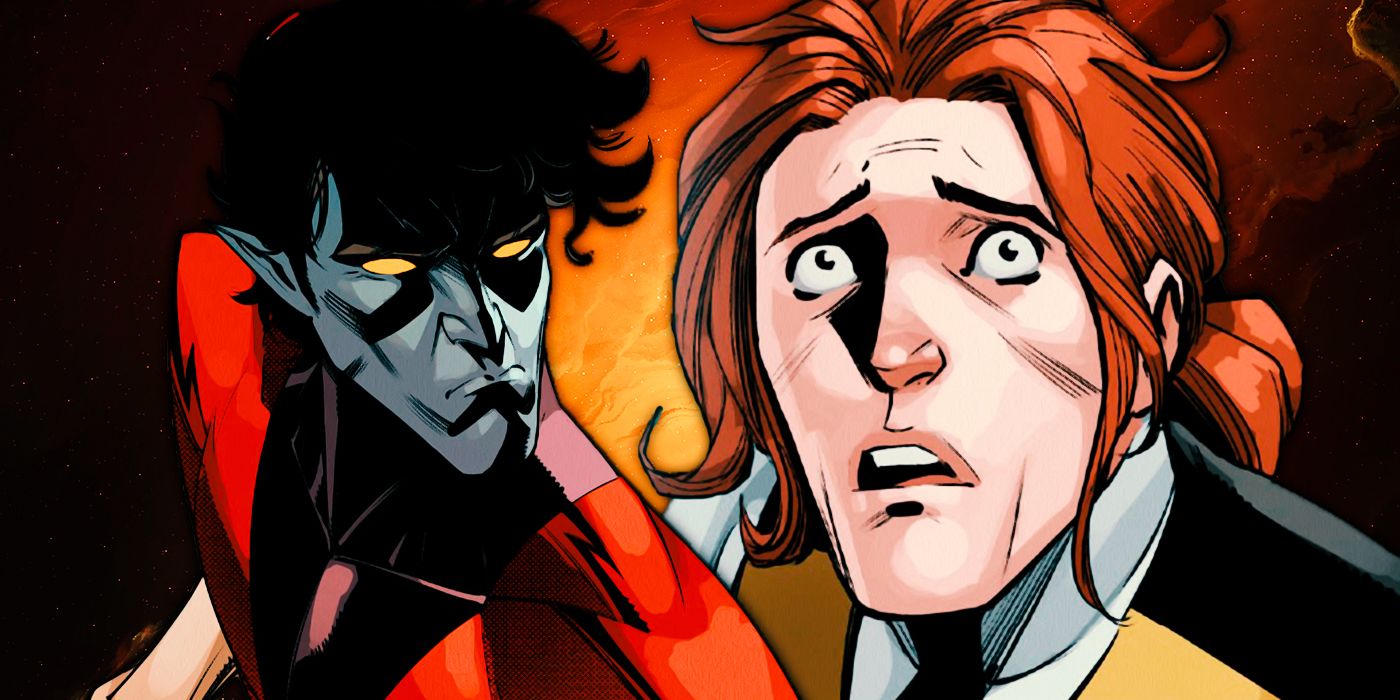 The X-Men have the good fortune of counting a number of teleporters among their allies. Taking nothing away from Pixie, Magik, and Blink, the best known of these unique mutants is the veteran member Nightcrawler. The fuzzy blue elf was the team’s very first teleporter, first joining Professor X and company in 1975’s classic Giant-Size X-Men #1 (by Len Wein and Dave Cockrum).

Although he is not normally portrayed as the most powerful mutant on the team, a recent crisis on the X-Men’s Martian colony gave a look at what Nightcrawler can do when his potential is fully unlocked, but still doesn’t answer the question of why he’s never shed one of the more unpleasant side effects of his mutant gift. 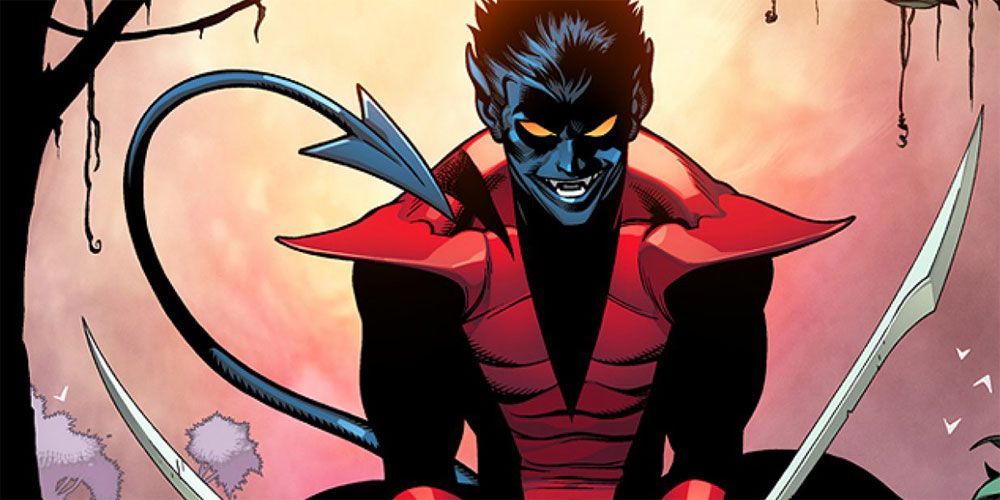 In the midst of his attempt to deal with the looming threat of Onslaught, Nighctrawler was faced with an awful dilemma in Simon Spurrier, Bob Quinn, Java Tartaglia, and VC’s Clayton Cowles’ Way of X #5. The Martian moon Phobos fell from the sky and was on a collision course with the mutant’s new colony, Arakko. With millions of lives hanging in the balance, Nightcrawler heroically used a power boost from Fabian Cortez in an attempt to save the day.

The mutant teleporter used the power boost to save Arakko by teleporting the moon back into orbit, at the cost of his life. Thankfully, the availability of Krakoa’s Resurrection Protocols kept the veteran X-Man’s demise from being permanent. However, this incident showed how powerful the mutant really is when his powers are used to their maximum potential, with undeniably impressive results.

Even boosted to his highest level, Nightcrawler still emits a terrible scent whenever he teleports. Whenever he uses his power, the mutant leaves the smell of sulfur and burning brimstone behind, along with the trademark “Bamf!” sound effect. This happens because when he uses his power he (and anything he teleports) travels quickly through a literal Brimstone Dimension. 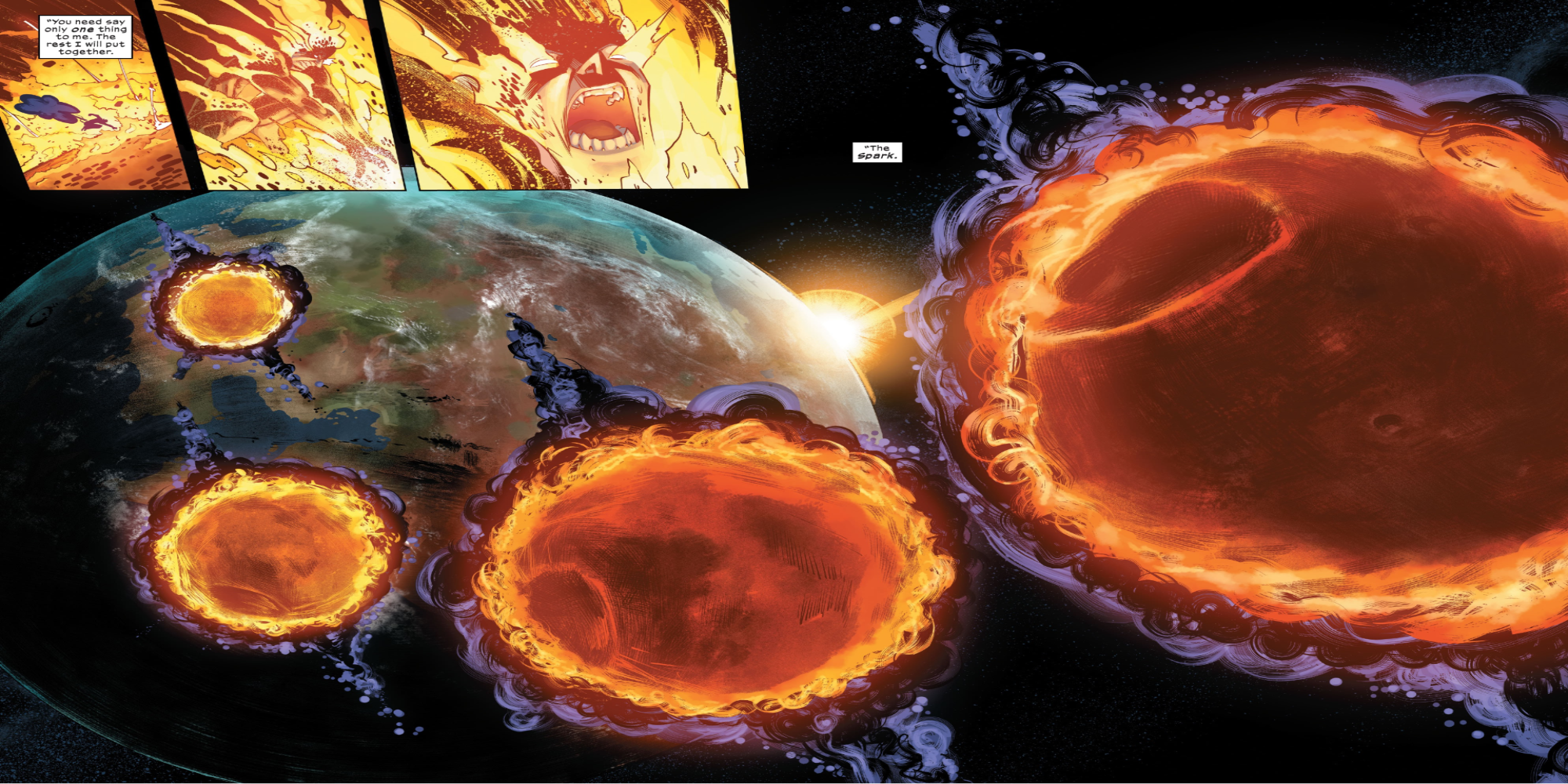 As much as he’s refined his powers over the years, he’s never been able to mask the stench, something that Professor Xavier himself has bitterly in the past. Losing it would mean a fundamental change in his powers, or even losing them altogether. While he can use an image inducer to make himself look different, he can’t do anything to eliminate the smell his power emits.

Part of the reason behind Nightcrawler’s dilemma may have to do with his demonic heritage. While it’s not as pronounced in the mainstream Marvel Universe as it is in alternate realities like Earth X, it is still something the pious mutant has struggled with. Demons like Mephisto have attempted to take advantage of his struggles, but the devout mutant has thus far stuck with his faith. The brimstone stench, however, still serves as a reminder that Nightcrawler walks between two very different worlds. No matter how much of a gentle soul he is, he still has darkness within him that he constantly wars with and consistently overcomes.

KEEP READING: Why Did Marvel Really Refuse to Resurrect a Major X-Men Character?

Knock at the Cabin: M. Night Shyamalan Recalls Being Shaken up While Filming