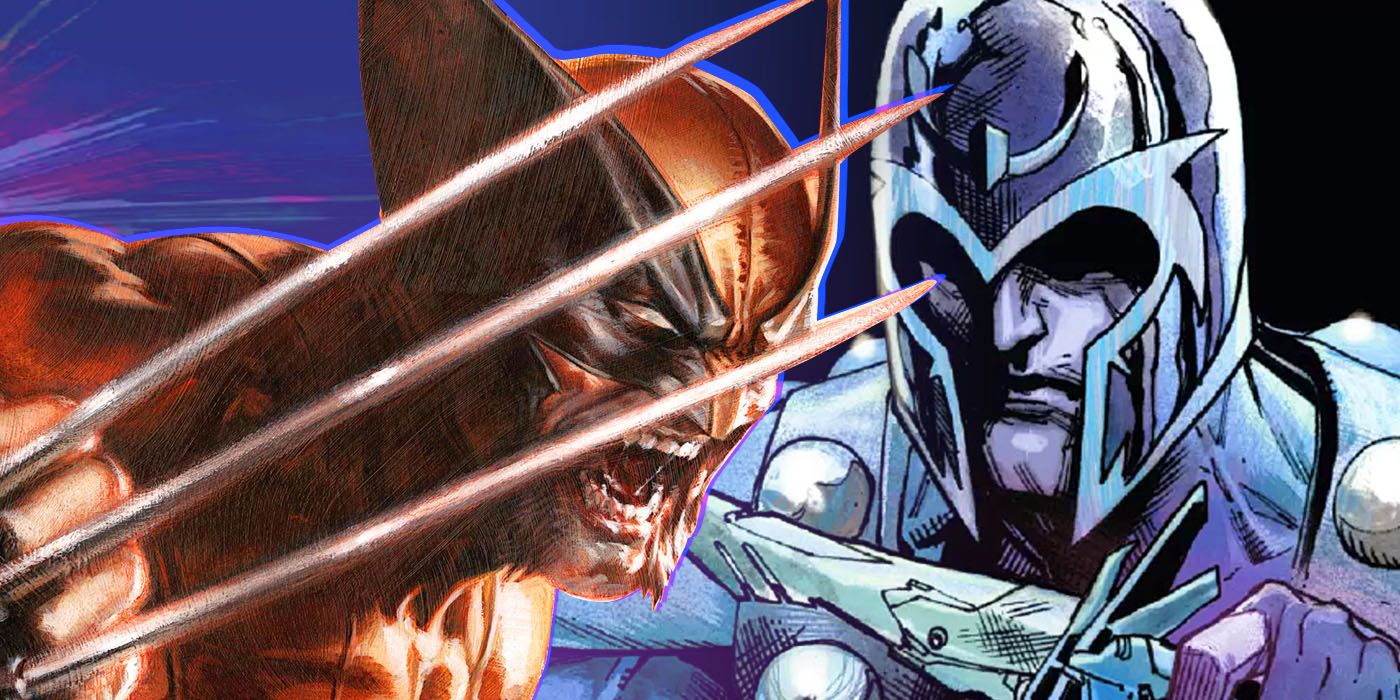 In the new Marvel series X Lives of Wolverine (by Benjamin Percy, Joshua Cassara, Frank Martin, VC’s Cory Petit, and Tom Muller), critical protocols are activated that were put in place to detect alterations to time. Having seen various versions of the timeline, the mutants are aware that a simple displacement could disrupt the mutant paradise of Krakoa. However, the threat this time might be too dangerous and too well-planned, having come from the mind of Professor Charles Xavier himself.

In a memo, the mutant spy Sage submits her Logbook that records a time-altering decision with the title “The Broken Calendar” and the subject “Timeline Aberration.” Somehow, Cerebro’s memory files have been corrupted. This is a very alarming development considering that the mutant’s advanced system constantly records their memories and saves them for use in the resurrection protocols. Recognizing this constant recording of all mutant minds provides a mass amount of data to be analyzed, Sage develops a technique to monitor this data for errors that would hint at time travel attacks against the Krakoan nation. 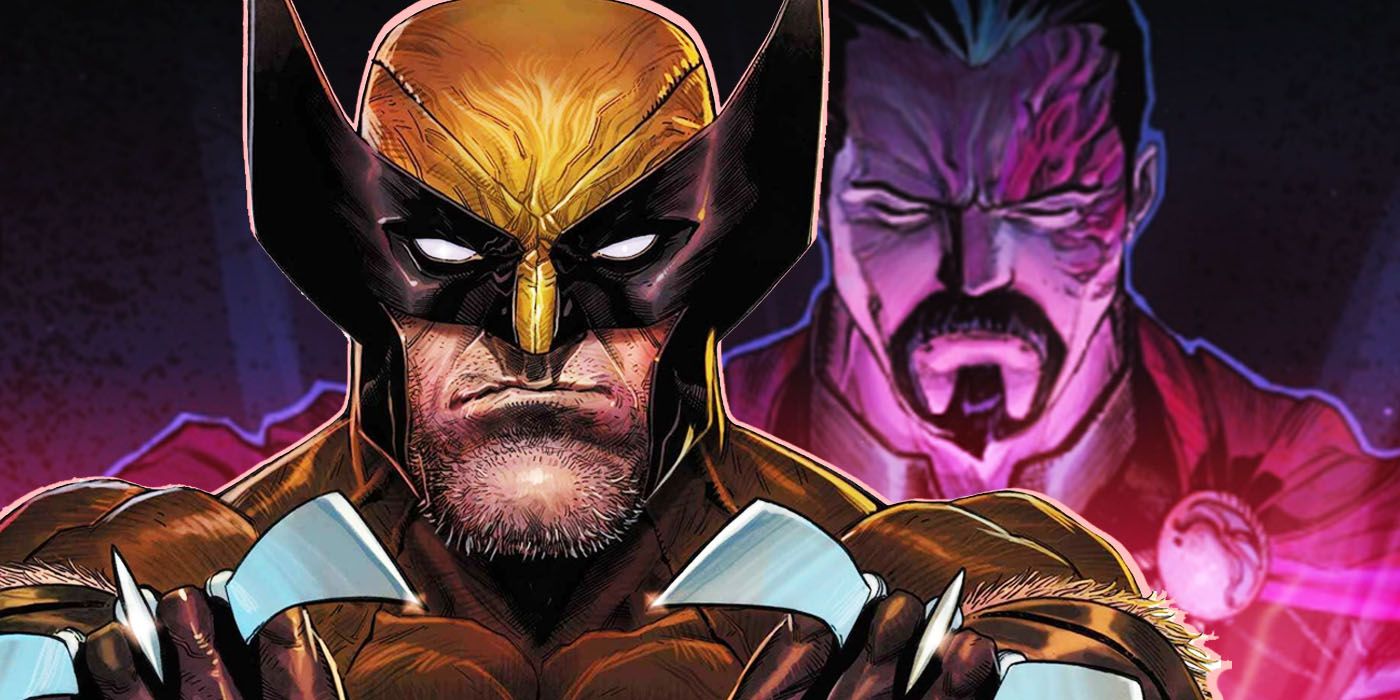 Sage summarizes: “We have, since the beginning, accounted for timeline terrorism. The possibility that someone would try to undo us before we ever realized ourselves as a nation. I was asked by the professor to build a chrono-mathematical program that would flag any alterations to memory files (indicating an assassin or architect was at work in the past).” The X-Men are no strangers to time travel, as their rosters are filled with time-travelers such as Bishop and Cable. These and other time travelers have already cemented the fact that if Krakoa is to be preserved, its past must also be preserved. This is the reason for the timeline protection protocols.

In Sage’s action list, Wolverine and Jean Grey are the ones assigned to protect the timeline. It appears the technique used to leap back into the past through Wolverine’s long life and unique healing ability has already been queued up for just such an incursion. The two worked in a similar capacity together in X-Force (by Benjamin Pearcy and Joshua Cassara) to discover how far Mikhail’s efforts had gone into subverting Krakoan citizens, primarily Colossus and Omega Red.

Wolverine has lived for over a hundred years. Utilizing a time-travel technique from the classic “Days of Future Past” story (by Chris Claremont, John Byrne, and Terry Austin), Wolverine’s mind is sent back to his previous body with the help of Jean Grey, Professor X, and two Cerebro helmets. In the earlier story, it is Kitty Pryde, aided by Rachel Summers, who projects her mind back to her younger self in order to prevent a dystopian future from happening in which mutants are imprisoned in internment camps. 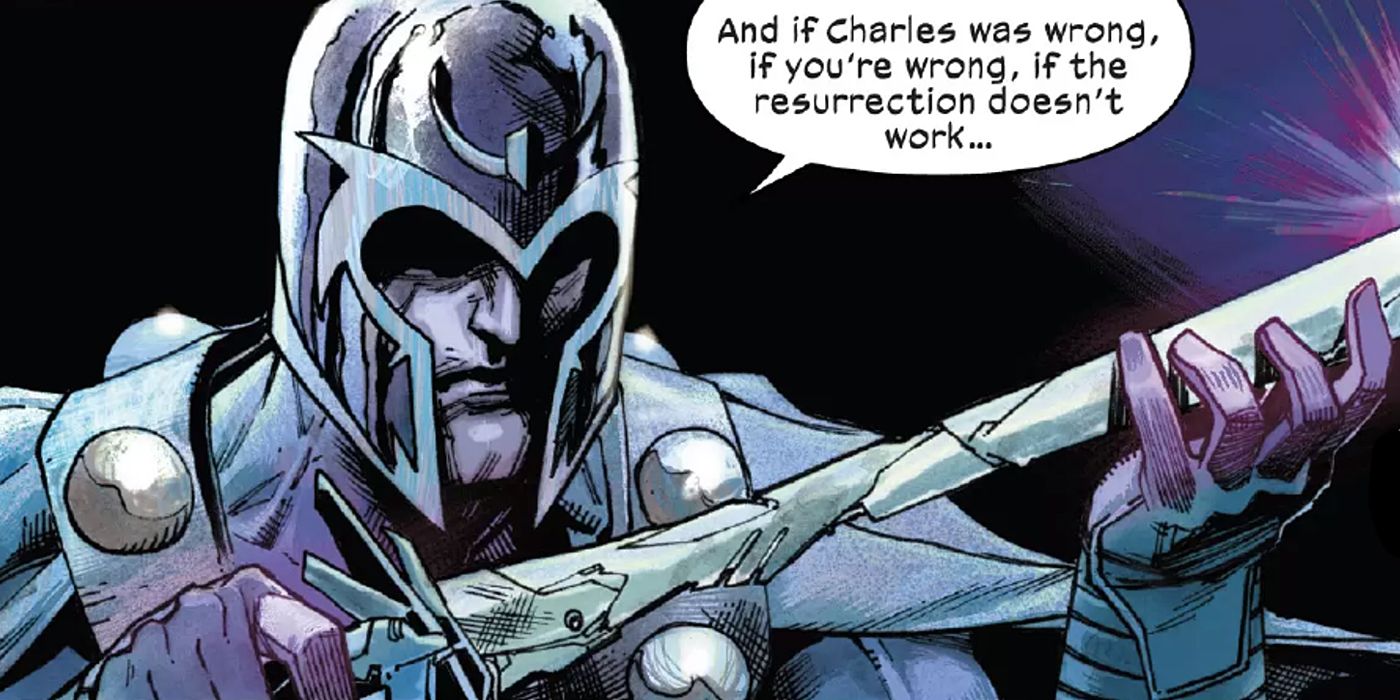 Interestingly, the source of the data that revealed the timeline alteration was the Cerebro Sword formed by Magneto from the remains of the first Cerebro helmet and presented as a gift to Xavier. A data page in X-Force revealed: “Every now and then the sword would wink or glimmer with light or hum with the data still coursing through it . . . Cerebro was broken, but forged anew and refined, like Xavier’s Dream.”

All clues point to this time travel assault as the master plan of Mikhail Rasputin, the older brother of the X-Men Colossus and Magik. In the early days of Krakoa, Mikhail Rasputin stole the Cerebro Sword. The Sword is still in Mikhail’s possession but also online, allowing Sage to access it. An earlier version of Sage’s Logbook concludes, “Mikhail has weaponized information culled from the Cerebro Sword to recruit Omega Red in his campaign against Krakoa.” Russia is currently a non-treaty nation with Krakoa, and in recent years, Mikhail has extended his power within the nation to rule it from the inside. Sage’s Logbook also notes that major change has occurred within Russia: “A new constitution was recently drafted to embrace two Russias, two leaders. The president of the people and the president of the mutants. They are to function as twins in the womb, nesting dolls in service of the mother country.”

Somehow, Omega Red is using a similar technique but leaping into disconnected people in the past and empowering them with his tendril abilities. In these leaps, he’s working to erase the past, first by killing Xavier. Likely, as Sage notes, Mikhail’s mining of the Cerebro Sword has probably revealed the ability to time travel in a way similar to that seen in “Days of Future Past,” as well as the key moments to attack along the way. XENO and Mikhail have likely built upon the psychic time-travel method to allow Omega Red to jump into any body at those key moments. As Mikhail reflects, the Cerebro Sword contains “all the intelligence of Xavier, of Krakoa as a whole.”

The timeline is not safe and these protocols are critical to ensuring Krakoa and mutantkind survive. Mikhail’s threat will not be the last one to disrupt key moments in the mutants’ timeline. Yet, all of this raises the possibility that Marvel is planting the seeds for a storyline of an alternate Krakoan future that may or may be be of benefit to the X-Men.

Keep Reading: Wolverine’s Back to the Future Plot Might Have Gotten [SPOILER] Erased From Reality

Investing In Namor On A Budget: What to Watch For