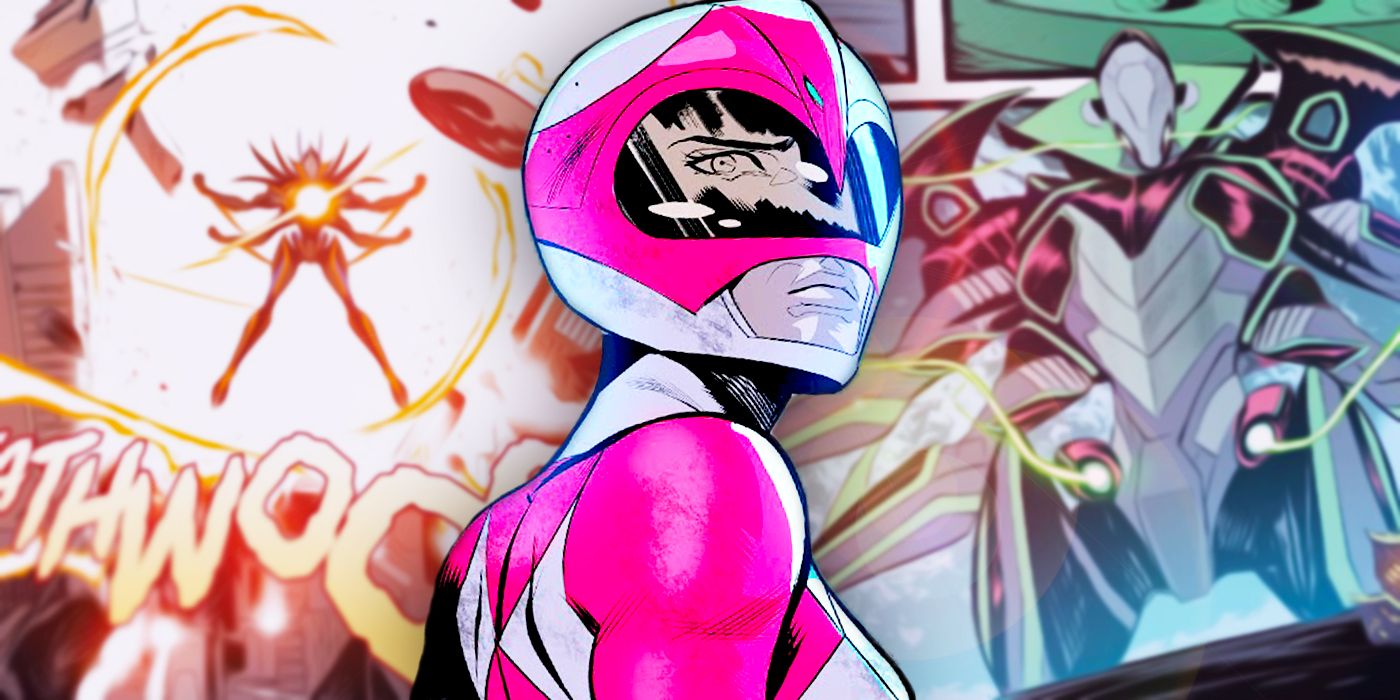 Over the course of nearly 30 years, the Mighty Morphin Power Rangers have stood firm as champions of truth and justice, unflinching in the face of even the most menacing threats. Unfortunately, all of that has just changed in the worst way possible. The Eltarian invasion of Earth was something the heroes almost didn’t see coming at all, and by the time they realized what was happening, it was already too late to stop it.

Now the most important battle of their lives is on the heroes’ doorstep, one that they are hopeless to win, making the only question left a matter of what to do once they’ve lost the Eltarian War. 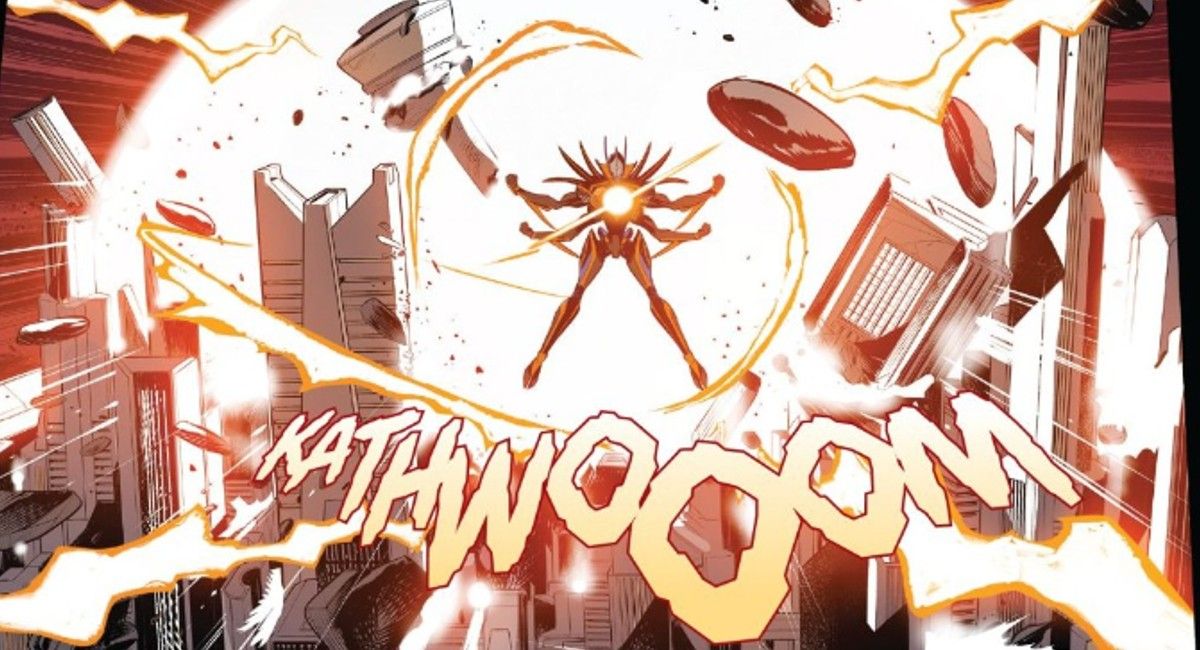 The Omega Rangers know all too well what the Empyreals are capable of, having witnessed firsthand these impossibly powerful alien terrors raze entire worlds to the ground and slaughter gods without effort. It was only thanks to the timely intervention of Yale, the Omegas’ feline companion, that the heroes were able to escape from the Empyreals’ grasp. Their reprieve from the violence wouldn’t last long, however, as Power Rangers #13 by Ryan Parrott, Francesco Mortarino, Raul Angulo, and Ed Dukeshire sees the Omegas escape one battlefield, only to head straight into another after learning of the war that has broken out back on Earth.

Despite the tensions between the two Ranger teams, the war that Eltar has brought to Earth is good reason for them to set everything else aside in a bid to save their world. Their combined efforts in the face of the invasion are nothing less than heroic, but once the Empreals join in the fight on behalf of their Eltarian master, there is nothing left to be done but retreat yet again. Like so many times before, it only takes a moment before a single Empyreal has leveled the landscape, and not just that of Angel Grove. 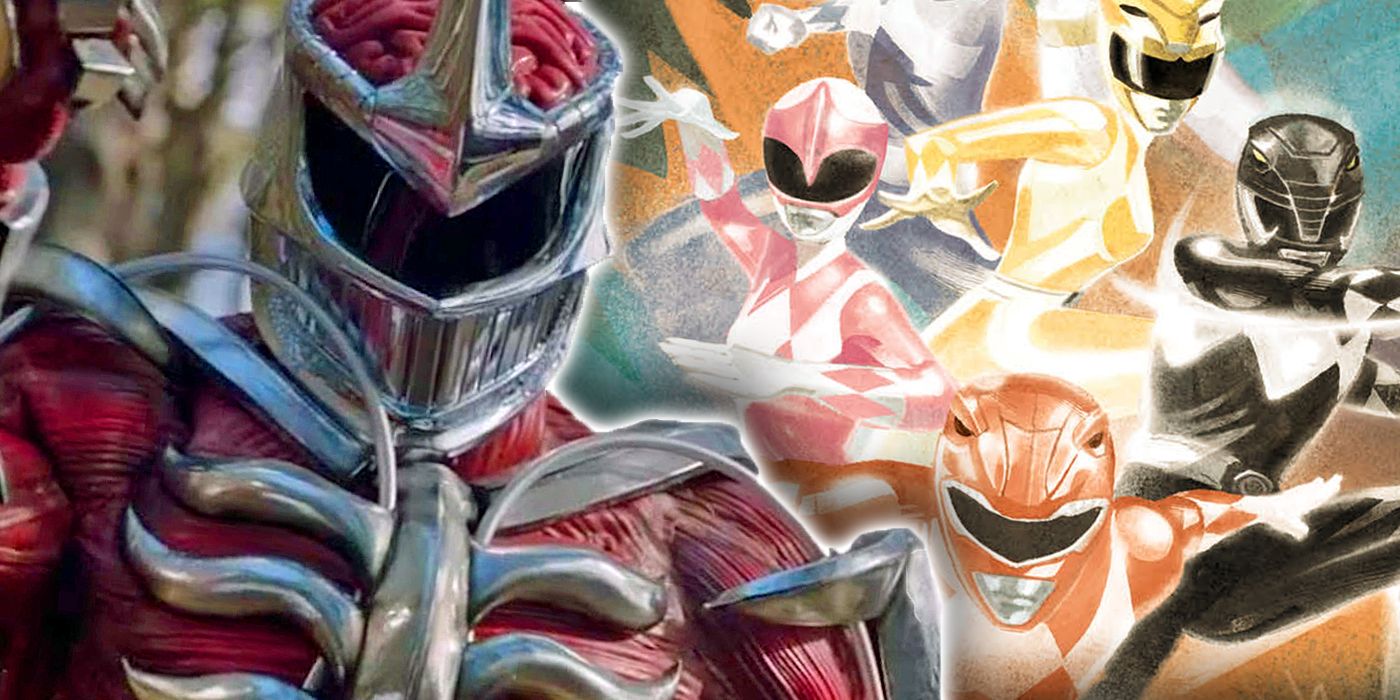 The Power Rangers aren’t the only ones with a personal connection to the Eltarian War, as Lord Zedd and Bandora Palace fall just as easily to an Empyreal assault, leaving his roving minions back on Earth unaware that their mission to retrieve contraband from the Command Center a veritable death sentence. Luckily enough, the Omegas have come to bring Billy and Alpha back with them to Safe Haven, an offer which they extend to some of their most classic enemies.

Seeing the likes of Goldar step through a portal to places unknown alongside Power Rangers isn’t the strangest turn that the series has taken, though it does further speak to the sheer desperation that has set in among the survivors of the invasion. Regrouping and taking on extra hands is a good start when it comes to striking back at Zartus’ army, but once more the question of how that is supposed to happen remains a mystery. Billy might have what little is left of Zordon’s energy, which would be something to be happy about if both the Command Center and Promethea weren’t both wiped out. There is Safe Haven, but the means to resurrect Zordon simply don’t exist there as far as anyone knows. From the looks of things, the only hope left may as well be a miracle.

RELATED: Power Rangers: The Blue Ranger’s Secrets Might Have Saved the World 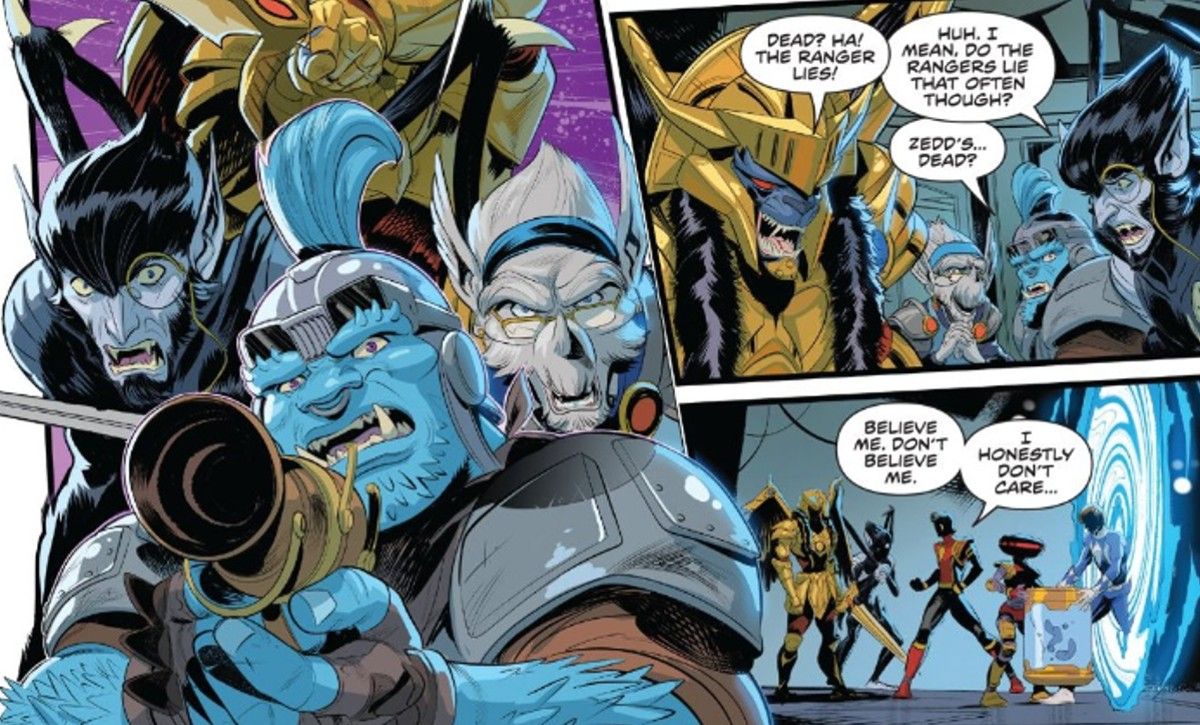 It’s true that the Power Rangers have never been short on life saving MacGuffins, to the point that even their own enemies are aware of that fact, yet they have never before been so defeated before coming across one. Of course, there are figures such as the Phantom Ranger, who are still waiting to make their grand appearance, and last ditch efforts that can be explored on Safe Haven itself.

Still, it’s hard to imagine that anything the heroes could come up with on their own would see them through the rest of this war alive. If nothing else, they are at least going through it together, which might just be the best they could ask for considering the circumstances.

KEEP READING: The Power Rangers’ Strongest (and Weirdest) Weapon Isn’t a Weapon at All – Here’s Why