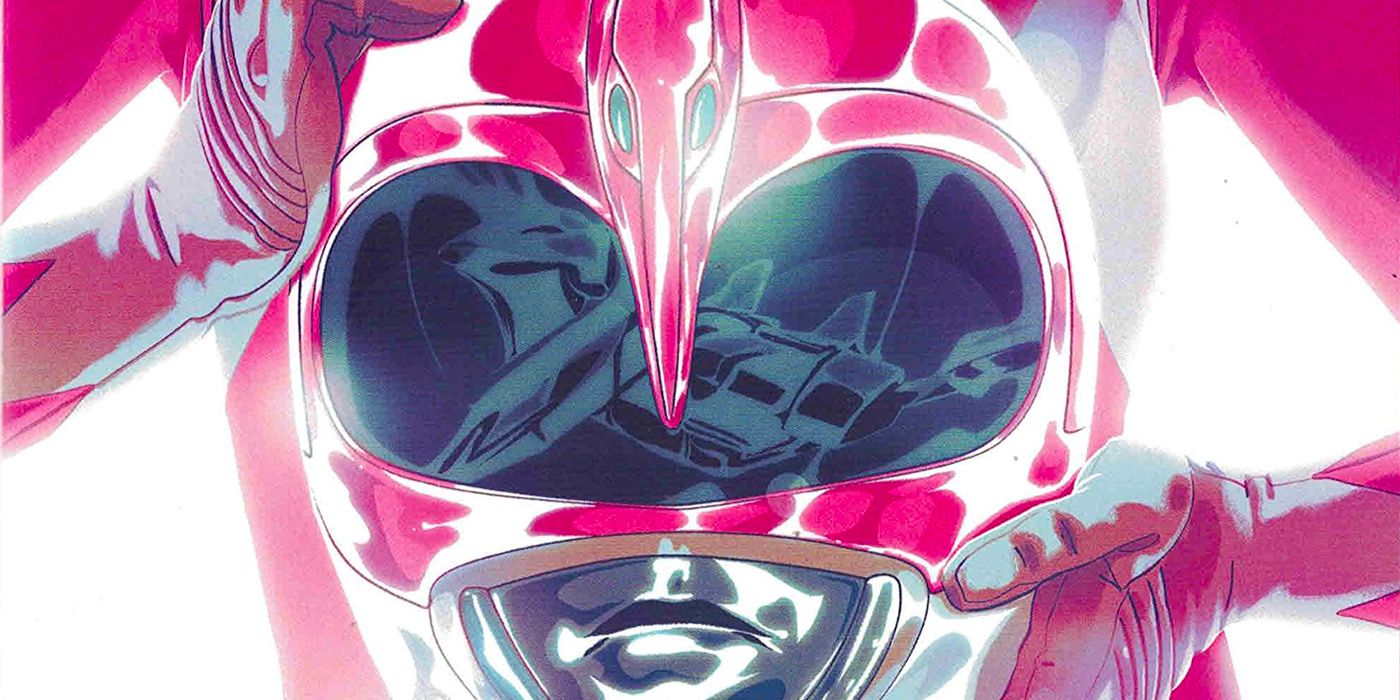 For almost 30 years, the Mighty Morphin Power Rangers have stood as the sort of pop culture icons that few other franchises have managed to match. In that time there have been dozens of memorable versions of the Power Rangers, but one rose-tinted team has somehow managed to stay under the radar in spite of being one of the greatest lineups of all time, saving the entire world on two separate occasions.

Mighty Morphin Power Rangers: Pink (by Kelly Thompson, Brenden Fletcher, and Daniele Di Nicuolo, 2016) returned to the third season of the original television series for an adventure half a world away from Angel Grove. After retiring from her position as the Pink Ranger, Kimberly Ann Hart’s budding gymnastics career took her to Europe. 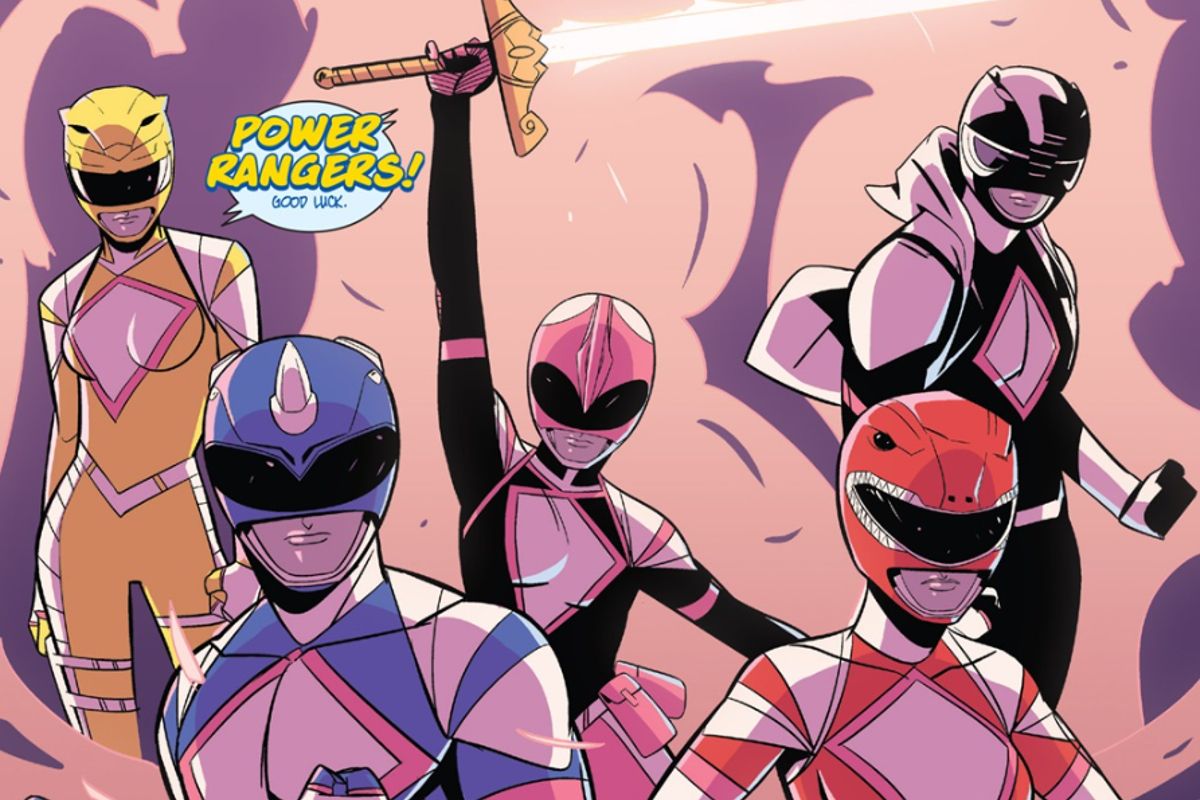 Investigating her family’s disappearance, Kimberly journeyed to the French seaside village of St. Moineau and was confronted by an amphibious new foe capable of turning people into fish monsters. Along the way, Kimberly discovered that she still had access to the latent Pink Ranger energy that still resided within her. This, coupled with Zordon’s gift of the Sword of Light, not only allowed Kimberly take up her Pink Ranger persona once more but also transfer some of her power into an all-new team of Power Rangers. Comprised of fellow veterans Trini and Zack, Kimberly’s squad got to the bottom of the villain’s plot, but it wasn’t until two locals filled out the rest of the team that they were able to effectively put a stop to it.

Britt and Serge, siblings from the same seaside town that was under attack, had already done all they could to help, and as the new Red and Blue Rangers they discovered just how much they could really do. The two new rangers were instrumental in defeating the amphibious Verto and undoing the monstrous transformations their loved ones had endured. When the dust had settled, Britt and Serge were awe struck by their own actions, yet the siblings’ time as Power Rangers wouldn’t come to an end until after they took part in an even greater battle.

While Kimberly and her team were busy in France, the primary team of rangers were stranded on the moon without their Zords facing Lord Zedd‘s draconic Serpentera. The new team arrived piloting the same Typhonis Zord that they had fought against in France. Britt and Serge proved to be just as effective as the veteran rangers, helping to get the Mighty Morphin team’s Megazord back online and staving off the threat of Serpentera. Although their victory was certainly one to be celebrated, returning the Sword of Light to Zordon took priority for Kimberly, and doing so would finally bring to a close the new team’s chapter in history. 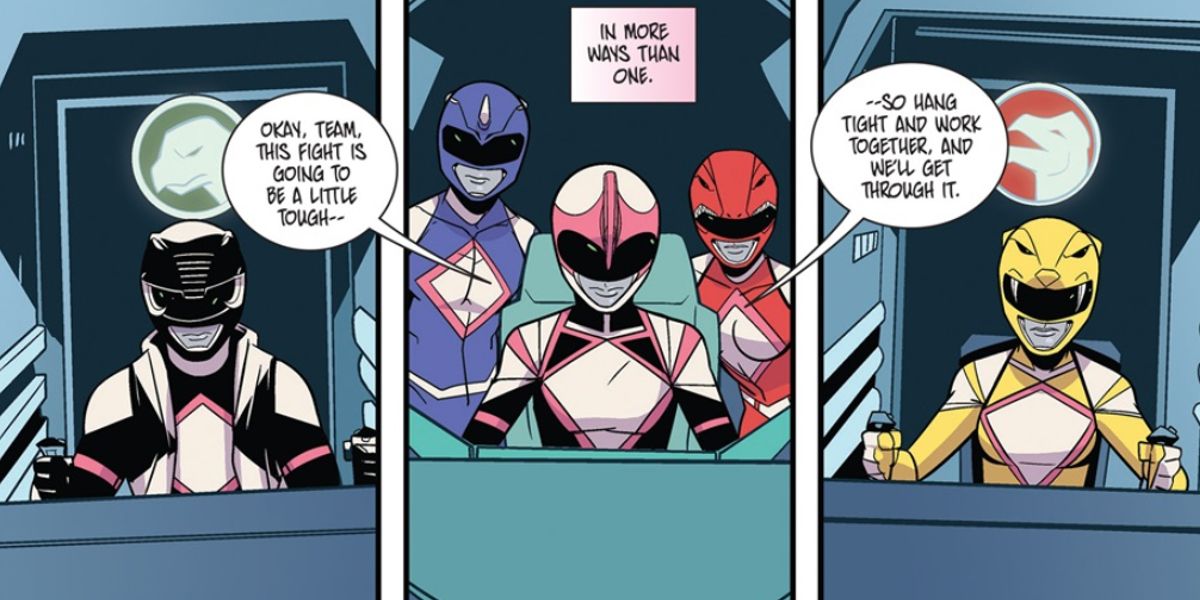 Just because the team was short-lived doesn’t mean they weren’t impactful, especially in regards to Kimberly’s place as a Power Ranger. Kimberly has always been a franchise all-star, yet it wasn’t until Boom! Studios put its spin on the series that she became the kind of fierce leader she has now become.

No matter how capable the Kimberly Ann Hart of the original series was, it’s hard to imagine her or any other classic Ranger being able to lead a team of heroes through the battles she did, all while sharing her power between them and guiding two new recruits. Fortunately, Britt and Serge were naturals in their own right, and that definitely didn’t hurt the new Power Rangers’ odds.

REVIEW: PEACEMAKER is full of humor but does it prove its necessity in the DCEU?