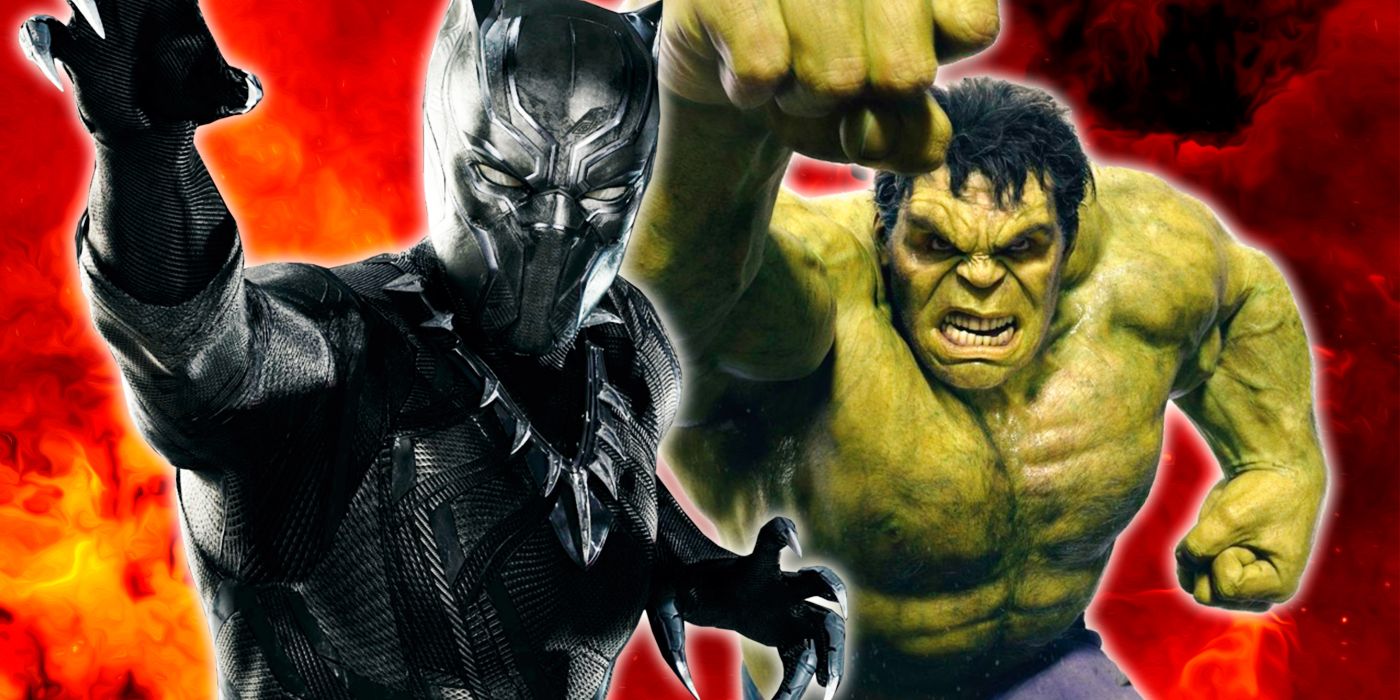 As Marvel Studios continues to roll out Phase Four of the Marvel Cinematic Universe, the shared cinematic world has steadily seen the introduction of a new generation of heroes poised to follow the lead of the MCU’s original Avengers. Among the next characters set to make their MCU debut in the new year is Jennifer Walters’ She-Hulk, while the upcoming sequel film Black Panther: Wakanda Forever is widely rumored to feature the inclusion of Namor the Sub-Mariner. Jennifer Walters and Namor have already struck up quite the history in the comic books, with the two bitterly at odds with one another.

Namor and the Hulk have an on-again/off-again history of working together in the comic book Marvel Universe, as teammates on the classic Defenders lineup. However, Namor’s standing with the wider superhero community has always been fragile, and recent circumstances have done little to help. Tired of the surface world mistreating and polluting Earth’s seas and the domain of Atlantis, Namor formed his own superhero team dubbed the Defenders of the Deep, united by their contempt of the surface world and the Avengers. His vendetta against Earth’s Mightiest Heroes eventually led to him being deposed from the throne of Atlantis and his team leaving him in disgrace and much of this is directly linked to She-Hulk. 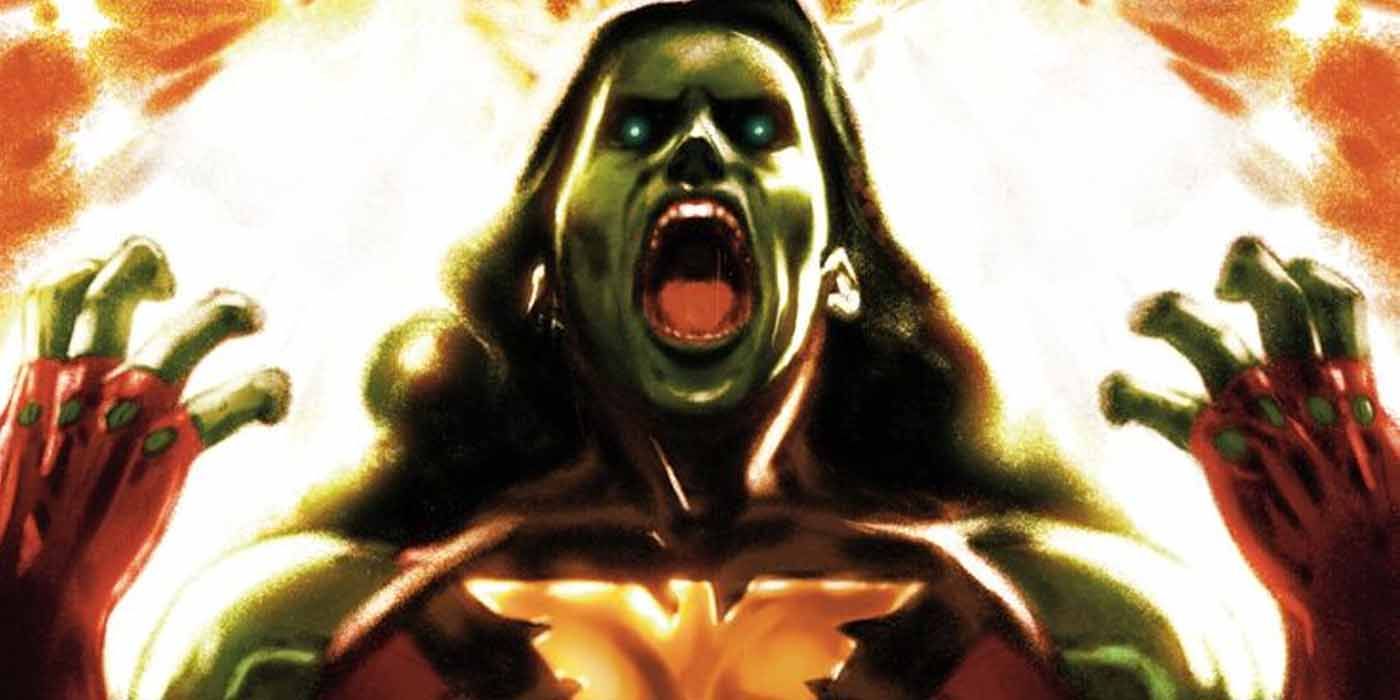 When the Phoenix Force came to Earth in search of a new host, Namor grew obsessed with rebonding to the cosmic entity at any cost, having temporarily bonded to it during the 2012 crossover event Avengers vs. X-Men. One of the other candidates to become the Phoenix’s new host was She-Hulk, with the two forming a noticeable animosity against one another that persisted even after Echo became the new Phoenix host instead. Later, after being corrupted by the Winter Guard to transform into the monstrous Winter Hulk, She-Hulk decimated the Atlantean military, with Namor humiliated by this development that led to him losing the faith of his people.

She-Hulk was able to apparently purge the Winter Hulk’s lingering effects from her body and, in Avengers #50 (by Jason Aaron, Aaron Kuder, Carlos Pacheco, Ed McGuinness, Javier Garron, Rafael Fonteriz, Alex Sinclair, David Curiel, Matt Hollingsworth, Rachelle Rosenberg and VC’s Cory Petit), Jen sets out to make amends for her actions while transformed into her more fearsome state. She-Hulk approaches Namor directly to reconcile. To Jen’s surprise, Namor follows She-Hulk’s lead, potentially signaling that the two bitter rivals may have finally set aside their differences and may be working together towards a common goal as the Avengers face their deadliest threat yet. 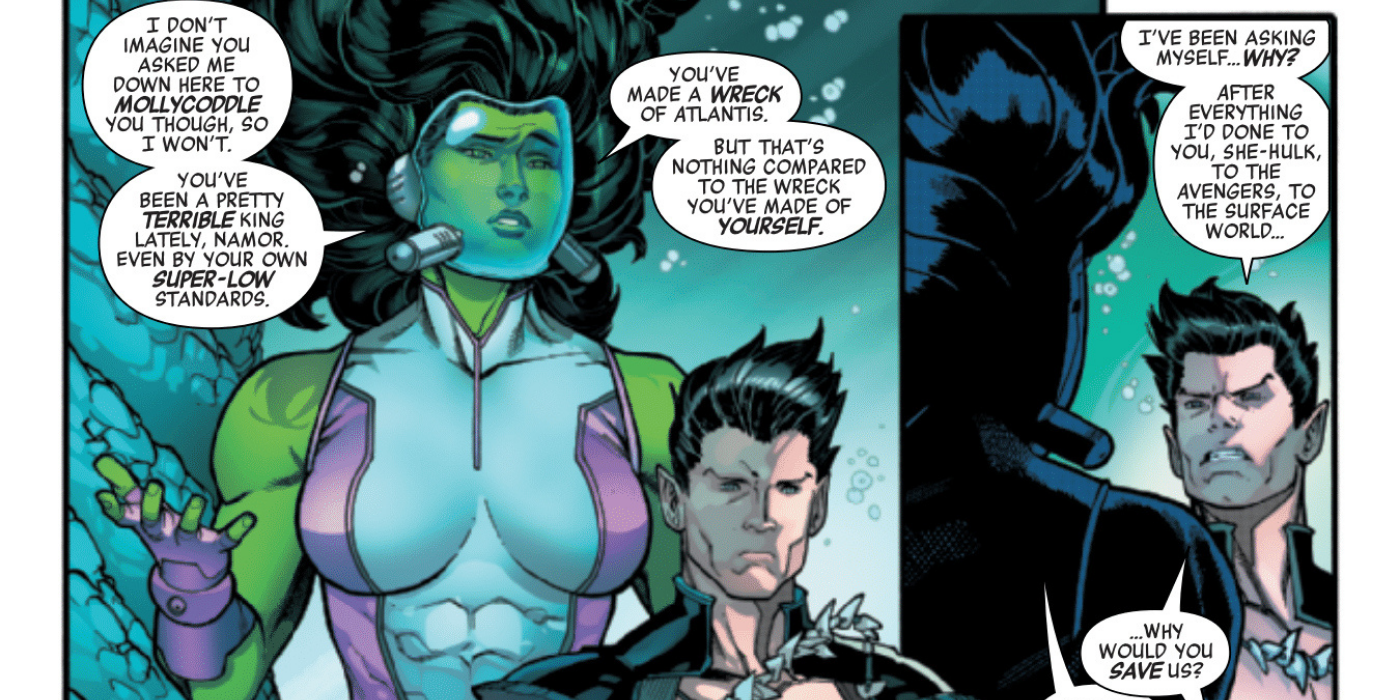 It is still unconfirmed if Namor is officially making his debut into the MCU but, should the Sub-Mariner make the leap to the shared cinematic universe, there is definitely a comic book precedent of him going head-to-head with She-Hulk as the gamma-radiated lawyer prepares to take center stage.

In the meantime, the two frenemies appear to have finally buried the hatchet just in time to contend with Doctor Doom’s latest machinations together, serving as a reminder that no matter how self-absorbed and dangerous Namor can be, the Sub-Mariner has certainly been a major ally to the Marvel Universe’s superhero community in the past.