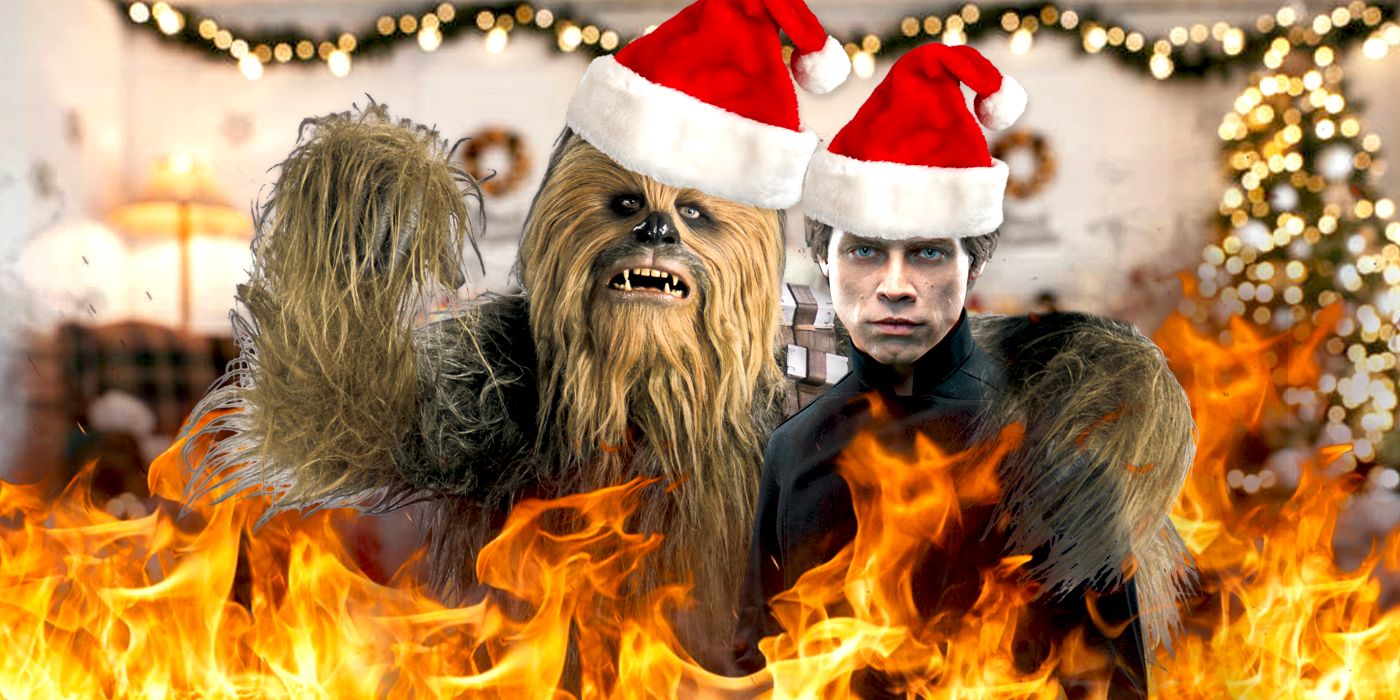 The original Star Wars Holiday Special exists mainly outside of the canonical timeline. Still, certain elements such as Boba Fett and the Life Day holiday itself, have been woven into the official history of the Star Wars universe.

It is easy to assume that Marvel’s Star Wars: Life Day one shot is disconnected from the main action of the many Star Wars comic series currently running. However, the High Republic short story “Deck the Halls” (by Justina Ireland, Georges Jeanty, Victor Olazaba, Pete Pantazis and VC’s Ariana Maher) may actually play a larger role in an overarching plot arc including the Jedi, the Nihil and the Drengir. 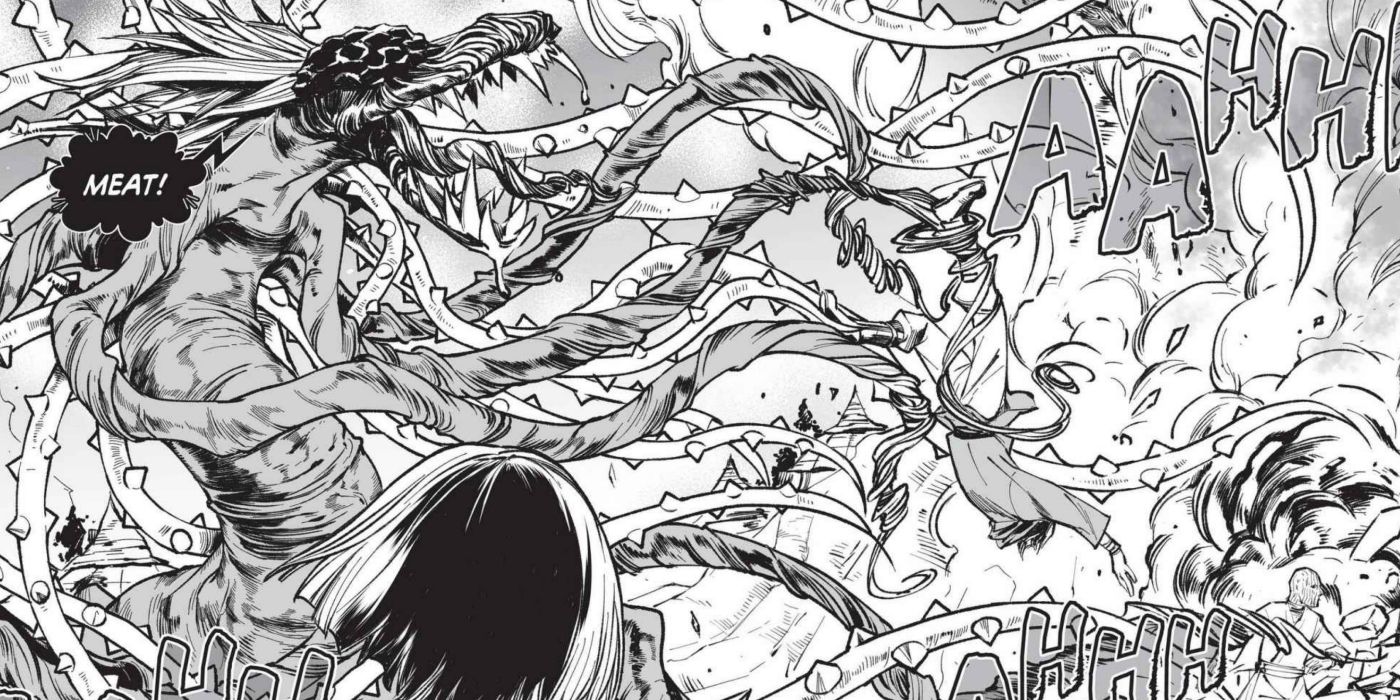 In the Star Wars: The High Republic subseries, the Drengir are sentient plants that are part of a hive mind controlled by the Great Progenitor, who serves as their leader. The plants are driven primarily by their desire to consume the meat of sentient species. The Jedi trap the Great Progenitor, cutting it off from the rest of the hive in Star Wars: The High Republic #8. This separation makes the Drengir seemingly go into hibernation once more.

Thus, the Jedi believe that they defeated the carnivorous plants, but they may prove to still be dangerous even without the influence of the Great Progenitor. The Nihil secretly give Drengir seeds to refugees in Star Wars: The High Republic: The Edge of Balance, Vol. 1 (by Shima Shinya, Justina Ireland, Mizuki Sakakibara, Nezu Usugumo, Mayuko Hirao, Jimmy Presler, Justin Hoeger and Fawn Lau). When the refugees resettle on Banchii, the seeds sprout, unleashing a new, more mobile type of Drengir on the galaxy. Master Lily Tora-Asi and the rest of the Jedi are able to incinerate the threat, saving the settlers. While this attack on Banchii occurs right before the Great Progenitor’s capture, these new Drengir are evidence that the Nihil are experimenting on the plants and using them as biological weapons. 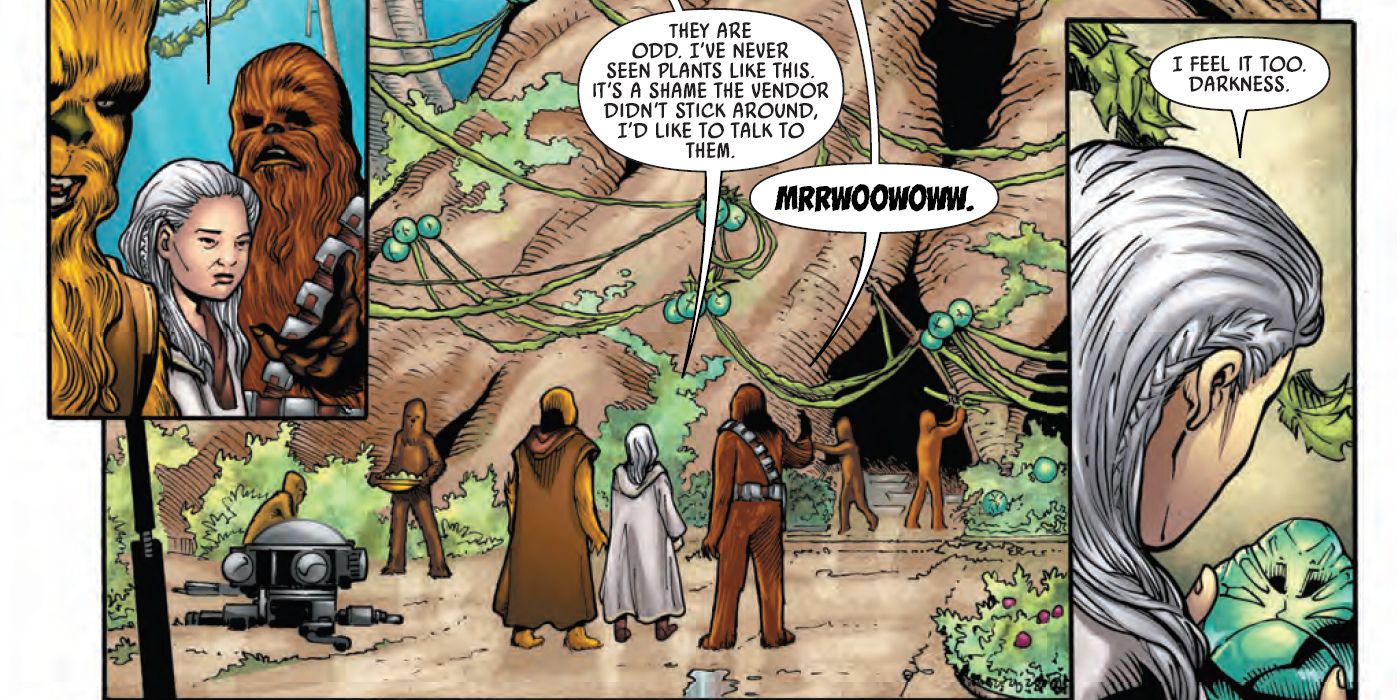 The Nihil may have attempted a similar plot to use the Drengir as biological weapons on Kashyyyk in “Deck the Halls.”  The story begins with Jedi Master Nib Assek and her Padawan Burryaga journeying to Kashyyyk to investigate strange reports that seem related to the plant species. They discover that the Wookiees’ Life Day decorations are actually malevolent, invasive bug-like Drengir, which Nib and Burryaga incinerate with the help of the Wookiees. Afterward, they celebrate Life Day on Kashyyyk, reveling in their victory and taking solace in a moment’s peace.

However, while Nib, Burryaga and the Wookiees are victorious, the Life Day assault on Kashyyyk may be a sign that the Drengir war is not quite over. These particular vines are not traditional Life Day decorations. Instead, the Wookiees bought them from a mysterious vendor who left the planet after selling their wares. While this vendor is not identified as a Nihil within the short story, the events of The Edge of Balance may indicate that the villains are seeding the galaxy with these variants as part of their larger plan to wreak havoc on the Outer Rim and the Republic.

Thus, even though the Star Wars: Life Day comic might seem like a simple Holiday special, the events of “Deck the Halls” might actually play an important role in the Star Wars: The High Republic subseries going forward. The short story confirms that more forms of Drengir are sprouting throughout the galaxy, and the Nihil may be behind these evolutions. While the plants appear to be defeated, they may rise in the subseries’ third wave to feast upon the galaxy once more.