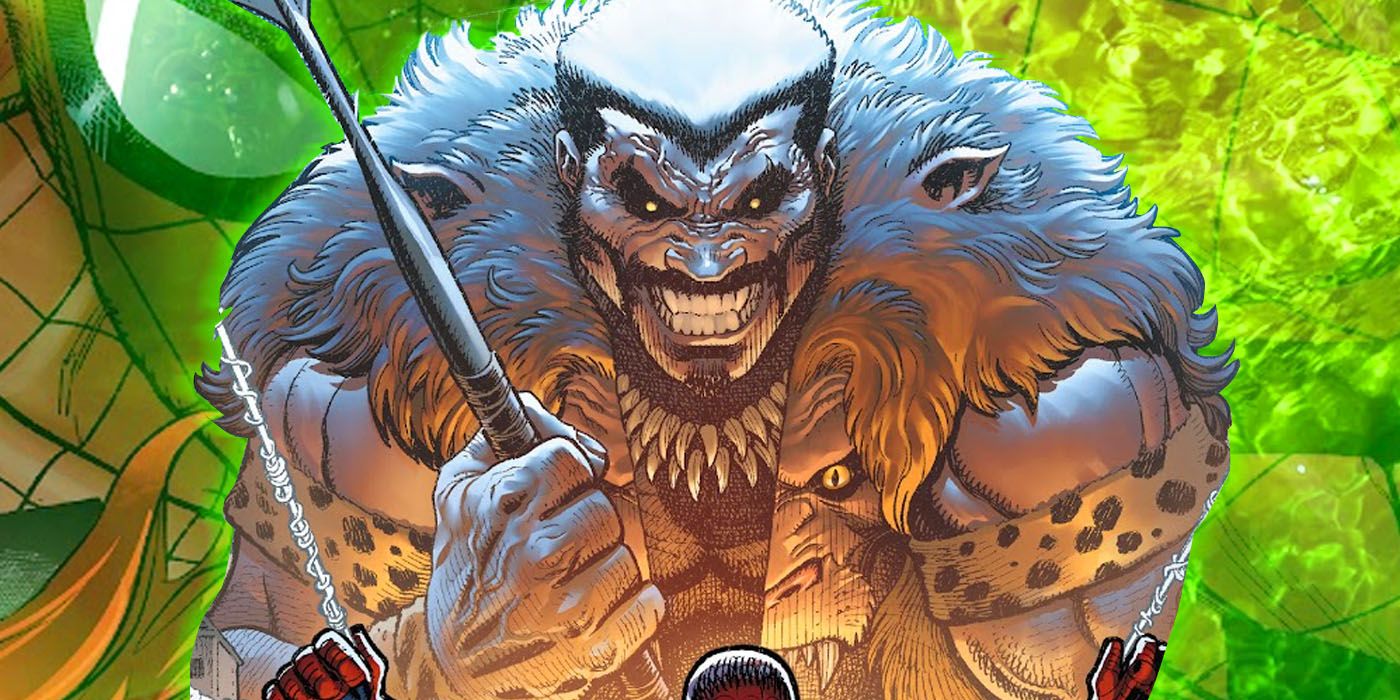 Spider-Man has never been short on menacing foes, though few have come as close to ending the hero’s life on as many occasions as Kraven the Hunter. Over the years, Peter Parker has grown accustomed to dealing with the madman and all the trouble Kraven brings, yet Ben Reilly is just now getting his own firsthand experience in that regard.

Even worse is the fact that Kraven has just sent the new Spider-Man on the trip of a lifetime thanks to the mysterious drugs he so often employs, and there is no telling where it will lead him. What exactly is the deal with Kraven and drugs, anyway, and how will the new Spider-Man handle them this time? 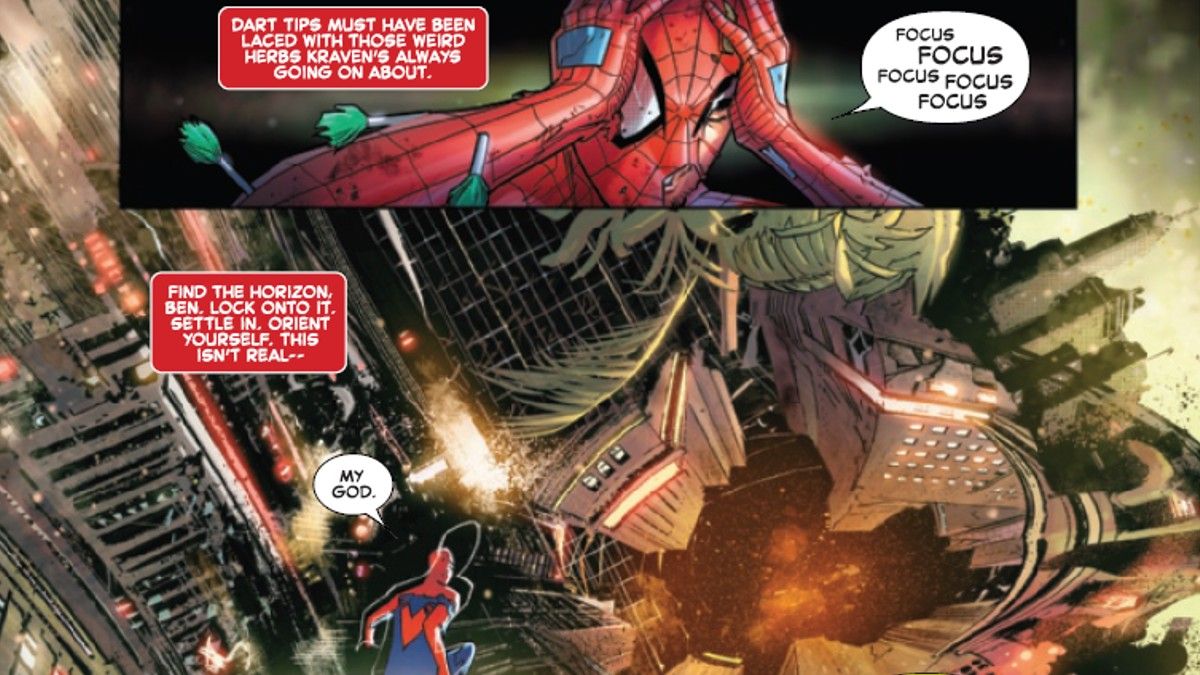 Taking up the mantle of Spider-Man on behalf of Beyond Corporation hasn’t come without its own struggles, as Ben Reilly’s time spent on patrol feels more like P.R. work every day. Still, without his wealthy benefactors, Ben couldn’t do the good he wants to accomplish, even if that means occasionally making house calls for Beyond’s own board members. Unfortunately, the penthouse break-in was merely a trap set by Kraven, one which Ben seemingly has no way of overcoming.

Before his assailant can do any serious harm, Ben makes a hasty exit through a window, only to be caught in a hail of darts laced with the Hunter’s signature blend of poison. Of course, Ben is more than capable of pushing through the pain, but the hallucinations seen in Amazing Spider-Man #79 by Cody Ziglar, Michael Dowling, Jesus Aburtov, and VC’s Joe Caramagna are another matter entirely.

RELATED: Spider-Man: How Kraven the Hunter Almost Replaced the Rhino

Kraven the Hunter has always been an intimidating figure in the Marvel Universe, but even his hulking frame belies the true strength that he wields. With the help of the Voodoo priestess Calypso and her herbal potions, Kraven was imbued with heightened senses, enhanced strength, and a truly superhuman lifespan. If not for Calypso’s help, it’s hard to imagine how Kraven would ever have managed to keep up with the likes of Spider-Man, let alone the other superpowered beings he has hunted down. The powers afforded to him from these potions aren’t the only way in which Kraven has put them to use, although the various tranquilizers and poisons he has long employed have never led to such a drastic turn as the one Ben Reilly has just taken.

Despite his best efforts to regain his composure, Ben can only watch as the cityscape before him folds in on itself before being confronted with the most horrifying vision of Kraven to date. Sporting wings made of spears and the burning face of a lion, Kraven’s drugs have turned the villain himself into an angel of war within the mind of his quarry. Whether this was their intended effect or Spider-Man’s powers have transformed what would have been a death sentence into a vivid hallucination isn’t quite clear, but it’s obvious that the battle ahead will be more interesting than most. There is also the question of just what else Kraven has in store for the wall-crawler, and how Ben is going to interpret it under the influence of whatever he has been dosed with. 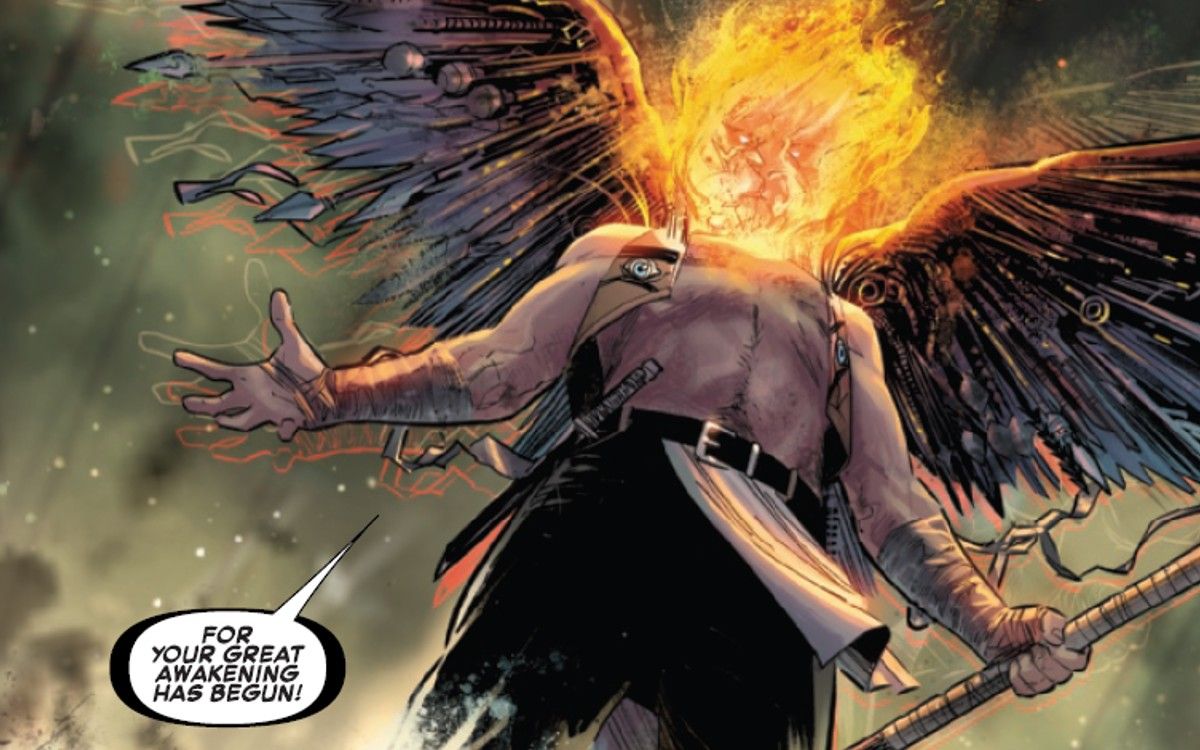 Kraven might not be the most powerful of Spider-Man’s foes, but he has certainly proven once more just how dangerous he can be, thanks to the lengths he will go through to capture, and ultimately teach his quarries. With any luck, Ben Reilly will be able to see through his drug induced haze and fight the battle at hand without being sidelined by anything that isn’t really there.

Then again, he does have Beyond Corporation keeping an eye on him, so there is always the hope that they will be able to walk him through the situation. If nothing else, Kraven has given both Spidey and his benefactors a stark reminder of just how dangerous the work they’re doing truly is, as well as how weird it can get.