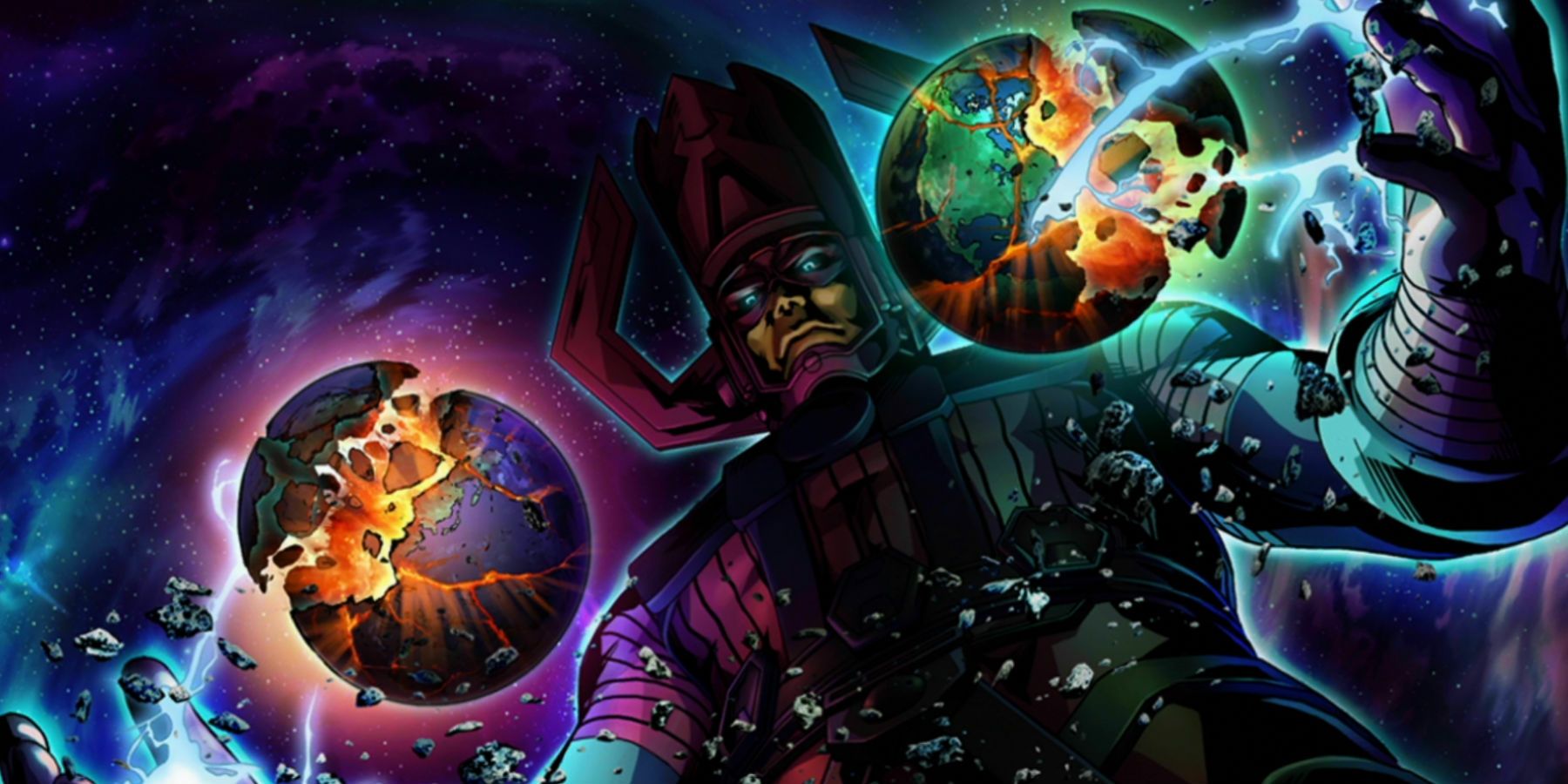 Silver Surfer: Requiem by J. Michael Straczynski and Esad Ribić explored the final days of the Silver Surfer outside of main Marvel continuity. It was a quiet and bittersweet conclusion for the former herald of Galactus and one of Marvel’s most powerful figures. In those final moments, he even shared his power with some surprising figures.

Earth-77119, from Silver Surfer: Requiem, was a similar world to main Marvel Universe. However, this was also a reality where the molecular bonds that sustain the Silver Surfer’s body began to break down. This meant Norrin Radd could no longer be able to contain the Power Cosmic that runs throughout his body. Visiting the Fantastic Four, it becomes clear to all involved that the Surfer’s worsening condition can not be reversed and that he is fated to die soon. Thus, he elects to return to his home world and become reacquainted with his people. 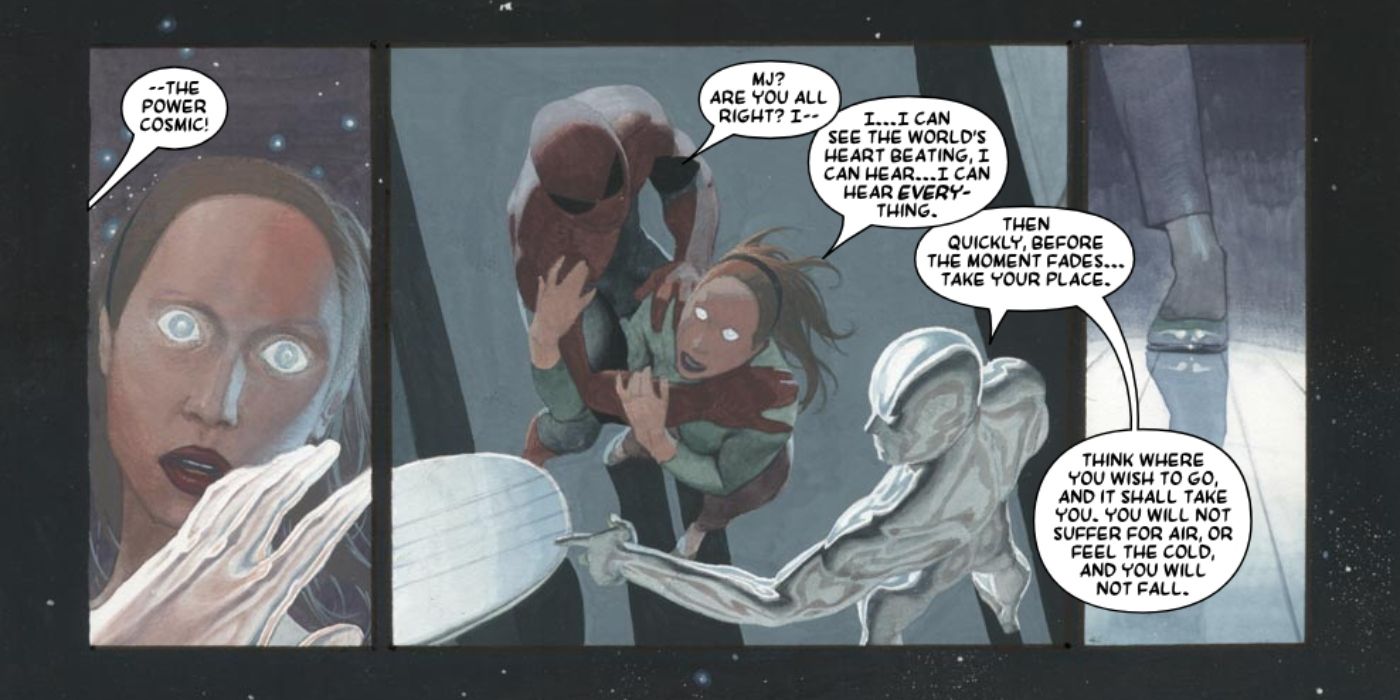 Before he departs Earth, the Surfer found himself working alongside Spider-Man to fight a dangerous threat. Capitalizing on their enduring friendship over the years, Spider-Man tries to thank the Surfer for his help. Sensing that something is upsetting the long-time rider of the space ways, the Wall-Crawler eventually figures out how to get the Surfer to open up about his impending demise. The two end up having an emotionally vulnerable conversation. Silver Surfer offers to briefly invest some of the Power Cosmic into Spider-Man in gratitude for their years of friendship and shared empathy. This way, Spider-Man could witness the universe on a grander, cosmic scale. But Spider-Man has a slightly different idea.

Spider-Man ultimately ends up transferring the opportunity to his wife Mary-Jane. As a result, this universe’s version of Mary-Jane takes a portion of the Surfer’s Power Cosmic and become one of this universe’s most powerful beings in her own right. She uses her new powers venturing through the galaxy, getting the chance to witness the full scope of the universe. Ultimately, the Silver Surfer extends his power throughout all of New York City, inspired as he is by the love between Peter Parker and Mary-Jane. Furthermore, the Surfer’s dying wish is to allow the whole city to briefly touch the universe with an extension of the Power Cosmic. It’s an impressive act of charity for the Surfer and reaffirms his empathy for humanity. 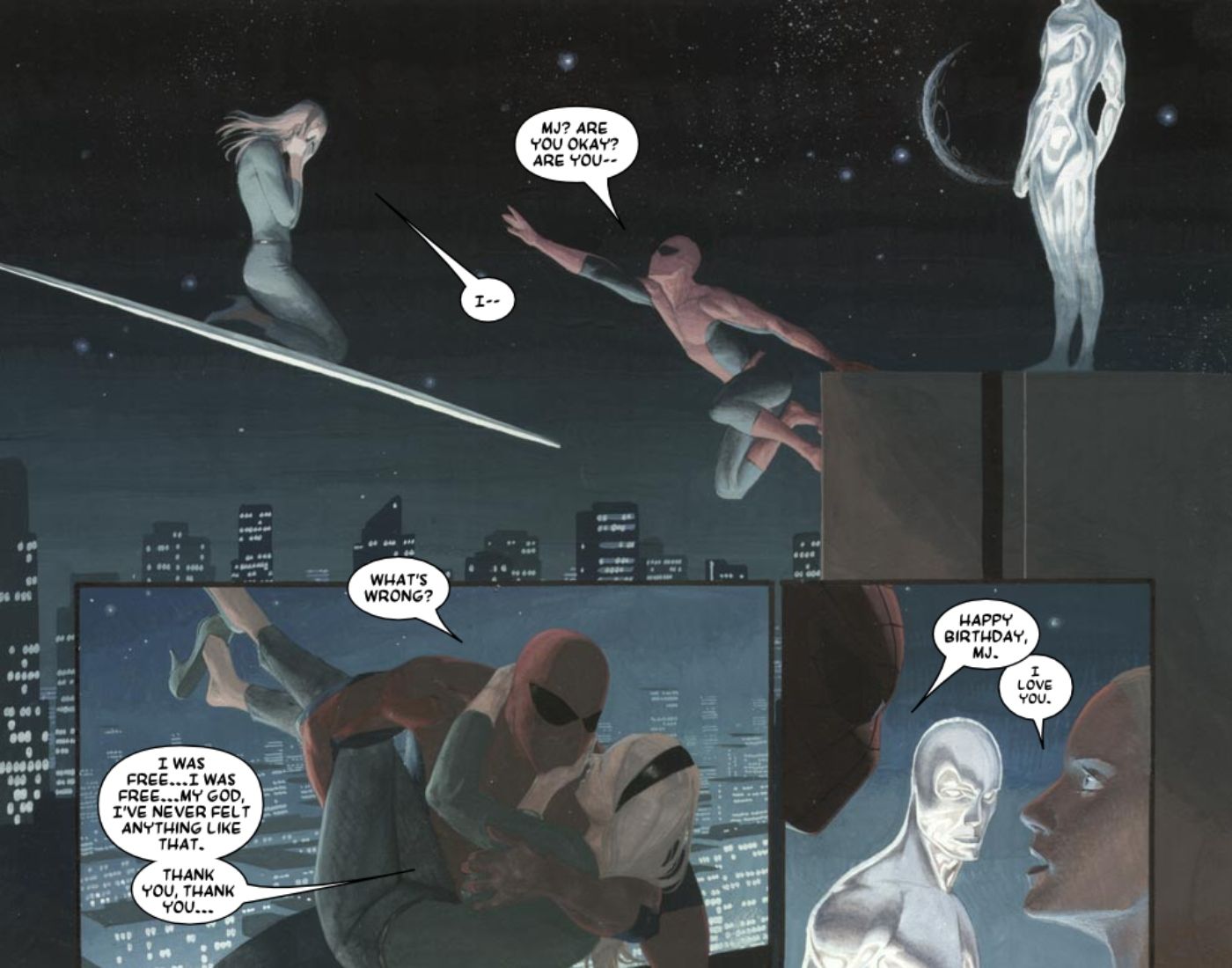 Introduced in Fantastic Four #48 by the incomparable team of  Stan Lee and Jack Kirby, the Power Cosmic fuels the Silver Surfer’s immense strength and abilities; a limitless source of galactic energy. With access to the Power Cosmic, possessors are capable of connecting with the universe on a primal level, resurrecting the dead, and granting anyone with unique cosmic abilities.

In this storyline, Mary-Jane automatically dwarfed her husband in terms of raw power — which is something of a rarity in the Marvel multiverse. It is also a fitting tribute to Peter and Mary Jane’s enduring marriage. The Silver Surfer clearly views Spider-Man as the heart and soul of  the Marvel Universe and a worthy recipient of his gift.

Everybody Knows This Is Nowhere – This Week’s Links