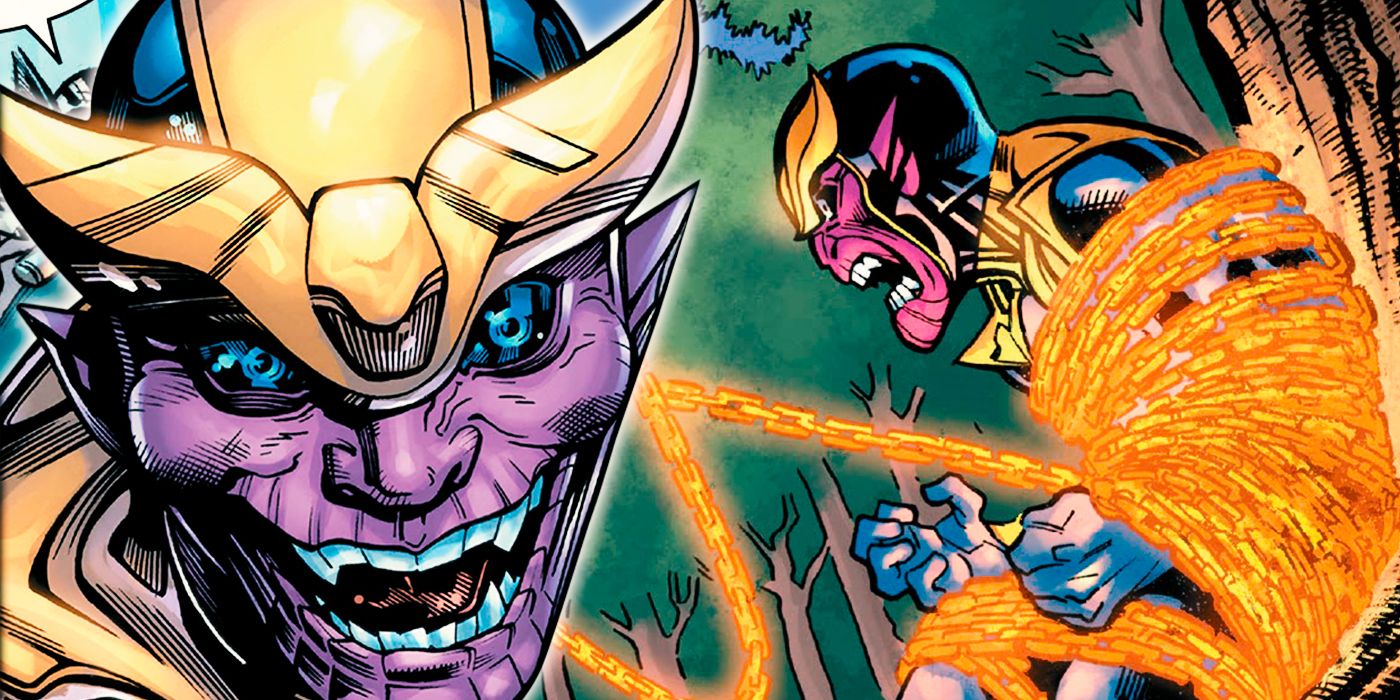 Thanos is one of the greatest threats the Avengers have ever known, often obsessed with killing countless innocents either in service to the living personification of Death or in a twisted bid to “save the universe” on his own terms. Thanos has been prophesied repeatedly to once again become the greatest enemy that the heroes of the main Marvel Universe will face in the near future.

In his latest bid to destroy the Avengers who have thwarted him at every turn, Doctor Doom is building a new incarnation of the Masters of Evil. This time around, Doom has assembled supervillains from divergent timelines and alternate universes. Among the villains Doom has assembled is Kid Thanos, a version of the Mad Titan when he was still just a boy but has nonetheless proven to be one of Doom’s most indispensable team members. 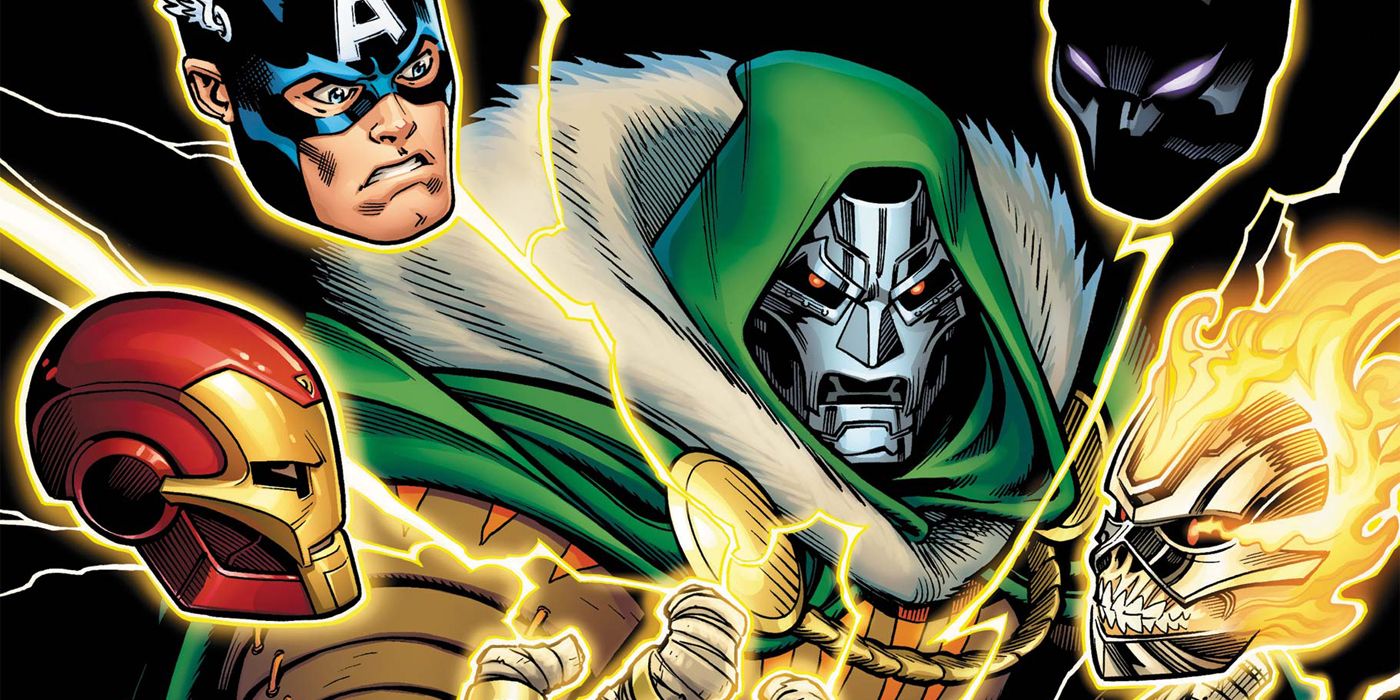 The latest iteration of the Mad Titan menacing Earth’s Mightiest Heroes is considerably smaller and younger, but no less deadly. Kid Thanos may be intensely annoying and understandably more childish than the Avengers are used to, but the child version of this supervillain has already begun to rack up a horrifying body count, as seen in Avengers #50 by Jason Aaron, Aaron Kuder, Carlos Pacheco, Ed McGuinness, Javier Garron, Rafael Fonteriz, Alex Sinclair, David Curiel, Matt Hollingsworth, Rachelle Rosenberg and VC’s Cory Petit.

Before taking the reins on Avengers, Jason Aaron had introduced a prehistoric team known as Avengers 1,000,000 B.C. The adventures of these prehistoric Avengers would impact the relative present-day Marvel Universe on multiple occasions. A version of the neolithic superhero team on Earth-818 would become the first targets for Doom’s new Masters of Evil, led by Kid Thanos. Many of the Avengers 1,000,000 B.C. fell prey to the Masters of Evil, with Kid Thanos brandishing a massive ray gun to blow away the Stone Age superheroes. The pint-sized Mad Titan was personally responsible for killing Earth-818’s Odin.

Kid Thanos’ appearance alongside the Masters of Evil is not the first time a young version of the Mad Titan has been revealed, though, nor is it the first time Aaron has utilized the character. 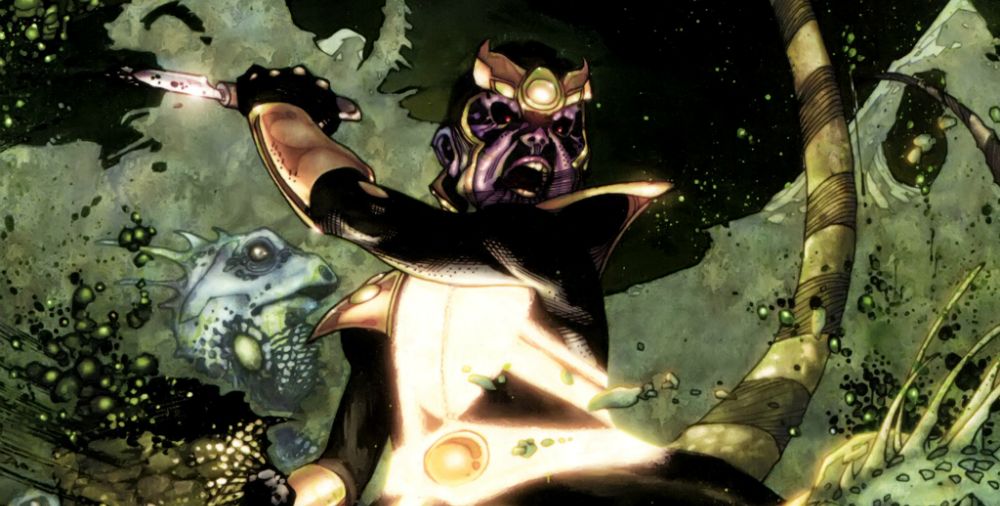 In the 2013 comic book miniseries Thanos Rising, Aaron teamed up with artist Simone Bianchi to trace the cosmic supervillain’s origins from his birth to his eventual quest to appease Death. The miniseries saw a young Thanos murder all of his children across the Marvel Universe. Even as a child, Thanos exhibited homicidal tendencies, killing small animals before moving on to other children. His own mother saw him for exactly the kind of evil he represented, with Thanos only growing into a more sinister monster as he reached young adulthood.

The iteration of Kid Thanos on the Masters of Evil more thoroughly revels in the possibilities of his burgeoning villainy than he did in Thanos Rising, with the junior Mad Titan quipping in an annoyingly chipper way as he blew away the heroes of alternate universes. As part of Doom’s multiversal ensemble, this Thanos gets an early taste of just how evil he will one day become, setting a precedent for his notoriety as an adult.

With the Avengers 1,000,000 B.C. of Earth-818 utterly decimated, Kid Thanos has set his sights on main Marvel Universe’s present-day Avengers, ready to join the Masters of Evil to conquer the Marvel Universe.