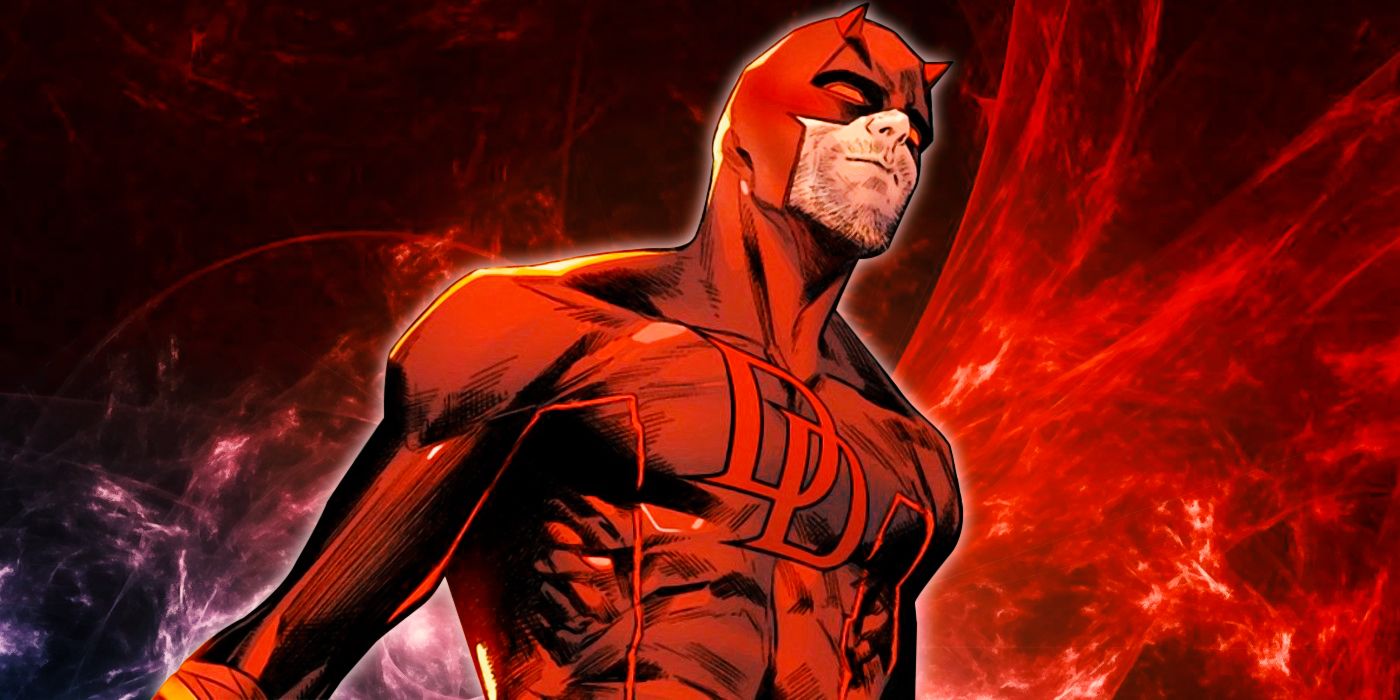 WARNING: The following contains spoilers for Daredevil #36, on sale now from Marvel Comics.

For years, Matt Murdock worked through his pain and rage by beating criminals to a bloody pulp as Daredevil, the Man Without Fear. The price of this vigilante violence came with a lethal cost at the start of Chip Zdarsky‘s run on the main Daredevil comic book series, with a low-level crook accidentally killed by the Scarlet Swashbuckler in a routine brawl gone horribly wrong. As Matt emerges from prison after completing his sentence for the resulting manslaughter conviction, he has decided to radically change his approach to crimefighting by not fighting at all, at least not in conventional means that led to him inadvertently killing a man months ago.

When Matt learned he accidentally killed someone all in the name of being a guardian superhero to his neighborhood of Hell’s Kitchen, he went on a particularly self-destructive spiral fueled by an immense amount of guilt and self-loathing. While Matt stood the chance of avoiding a conviction for manslaughter, he surprised everyone by accepting a plea deal and agreeing to serve out a prison sentence to answer for the crime. And despite being offered multiple opportunities to escape from jail, with much of New York City’s superhero community confronting the local law enforcement agency that apprehended Daredevil, Matt decided to complete his sentence. Five weeks after stopping Bullseye, Matt has emerged from prison a free and changed man, with this immediately apparent in Daredevil #36 (by Chip Zdarsky, Manuel Garcia, Cam Smith, Scott Hanna, Victor Nava, Marcio Menyz, Bryan Valenza and VC’s Clayton Cowles). 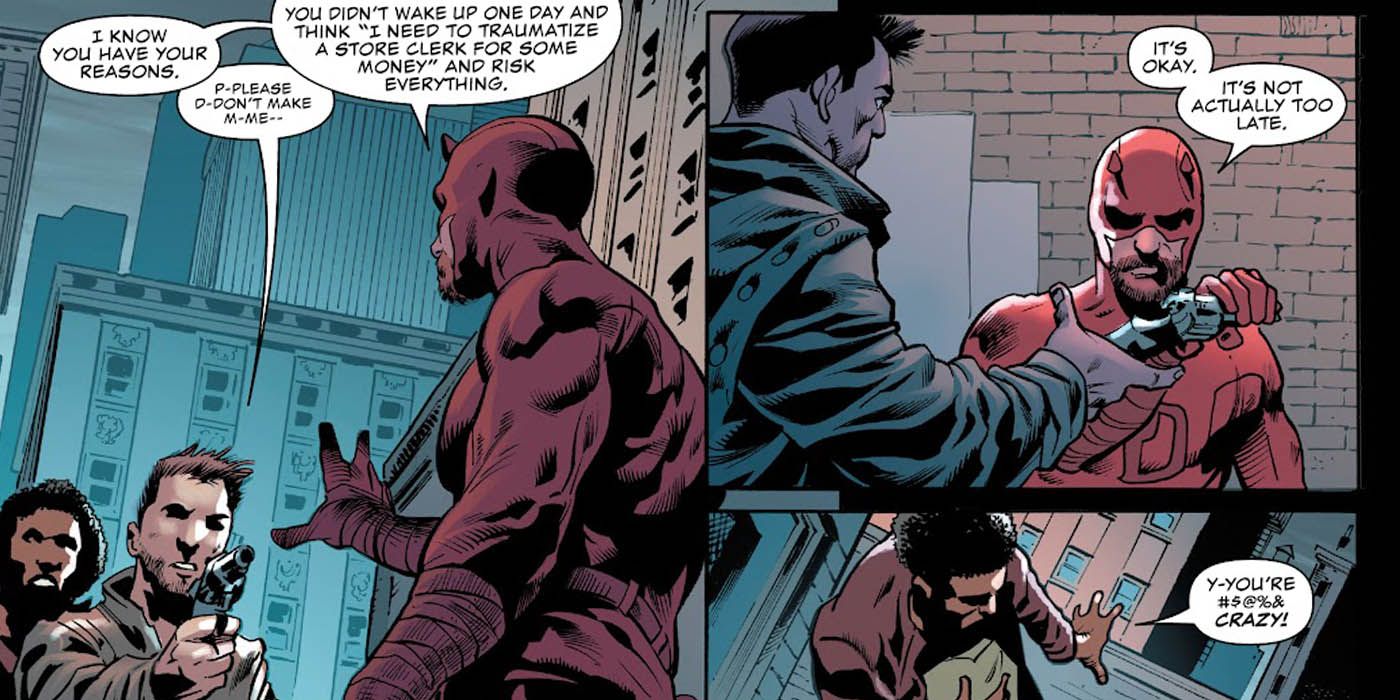 As Matt reevaluates his life and embraces his newly-earned freedom upon being released from prison, he reconnects with many familiar faces while settling back into Hell’s Kitchen and the mantle of Daredevil. While out patrolling the rooftops of his old stomping grounds, Matt foils an attempted mugging but refrains from attacking the crook directly but instead talks him down, leading the man to be unnerved by this approach before fleeing. This mirrors the opening to Zdarsky’s run, with Daredevil taking a much more Zen-like approach to stopping crime.

It’s unclear how far Daredevil is willing to go with this new crimefighting strategy and, with Wilson Fisk (aka the Kingpin) still gunning for his old foe, Matt’s non-violent limits may soon be tested. Bullseye’s recent murderous rampage through Manhattan proved that there are some figures beyond peaceful rehabilitation, however, and with the superhero community of New York now on the wrong side of the law with Fisk acting as mayor, Daredevil may be pressured by his allies to take up arms once again.

RELATED: X-Man Emma Frost’s Secret History With the Kingpin Is About to Be Revealed 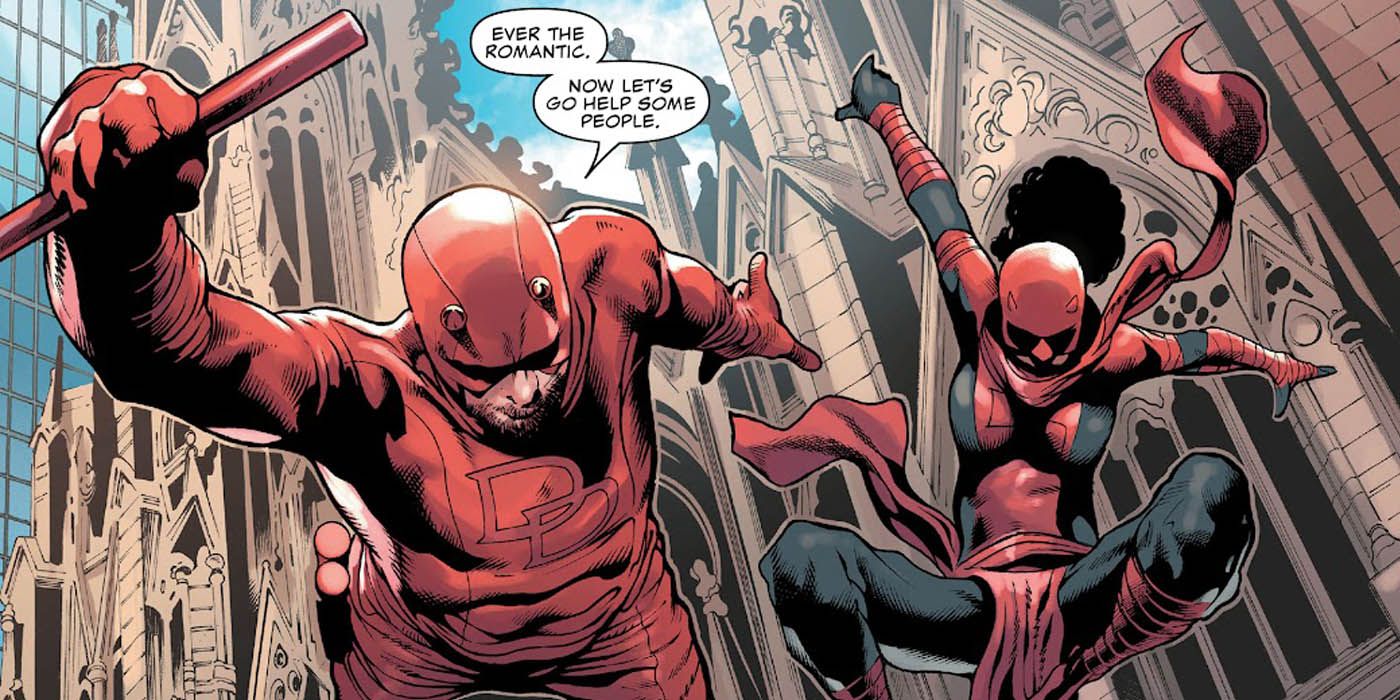 As one of the Marvel Universe’s more tortured superheroes, Matt Murdock is no stranger to bouts of intense soul-searching as he ponders the double life he has chosen and the consequences that come with it. Having paid the price for killing a man, Matt is not interested in making the same mistake twice and has changed up his superhero approach to match this new outlook.

With Elektra Natchios maintaining her mantle as the new Daredevil, the Marvel Universe has a Woman Without Fear perfectly willing to use her prodigious martial arts training to keep Hell’s Kitchen safe. In the meantime, Daredevil is about to be hunted once again by the Kingpin and the authorities as the crossover event Devil’s Reign, and this confrontation just might cause the Devil of Hell’s Kitchen to take up his old ways in the fight against one of his oldest opponents.