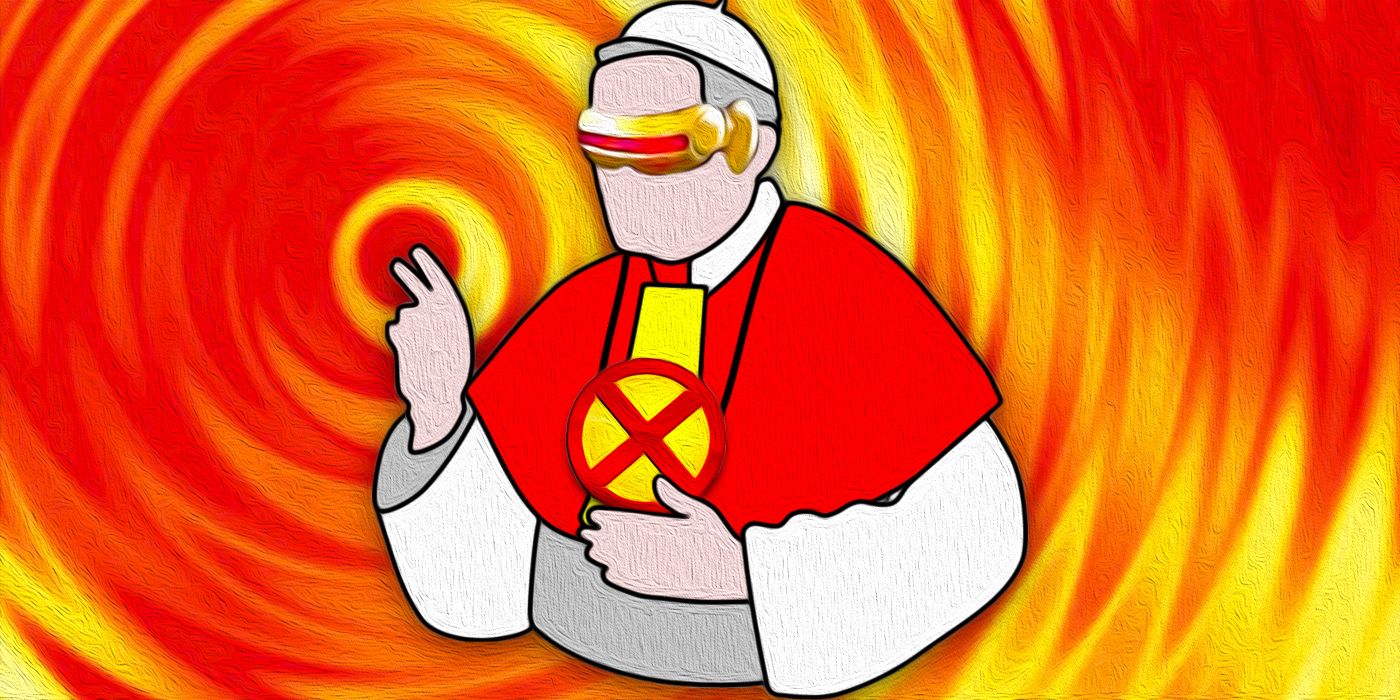 The plans to bring down the X-Men over the years have ranged from the devilishly simple to the absurdly complicated, with some schemes potentially endangering the entire world. But one of the most ridiculous came during a dangerous time for the X-Men, and could have brought down an entire religion with them.

In one notably infamous story, the X-Men battled the Church of Humanity and discovered their most absurd plan ever: to elevate Nightcrawler to the position of Pope before faking the Rapture and placing the blame on the mutant population.

RELATED: Who Are Marvel’s Omega-Level Mutants, What Are They, And Why Are They So Strong? 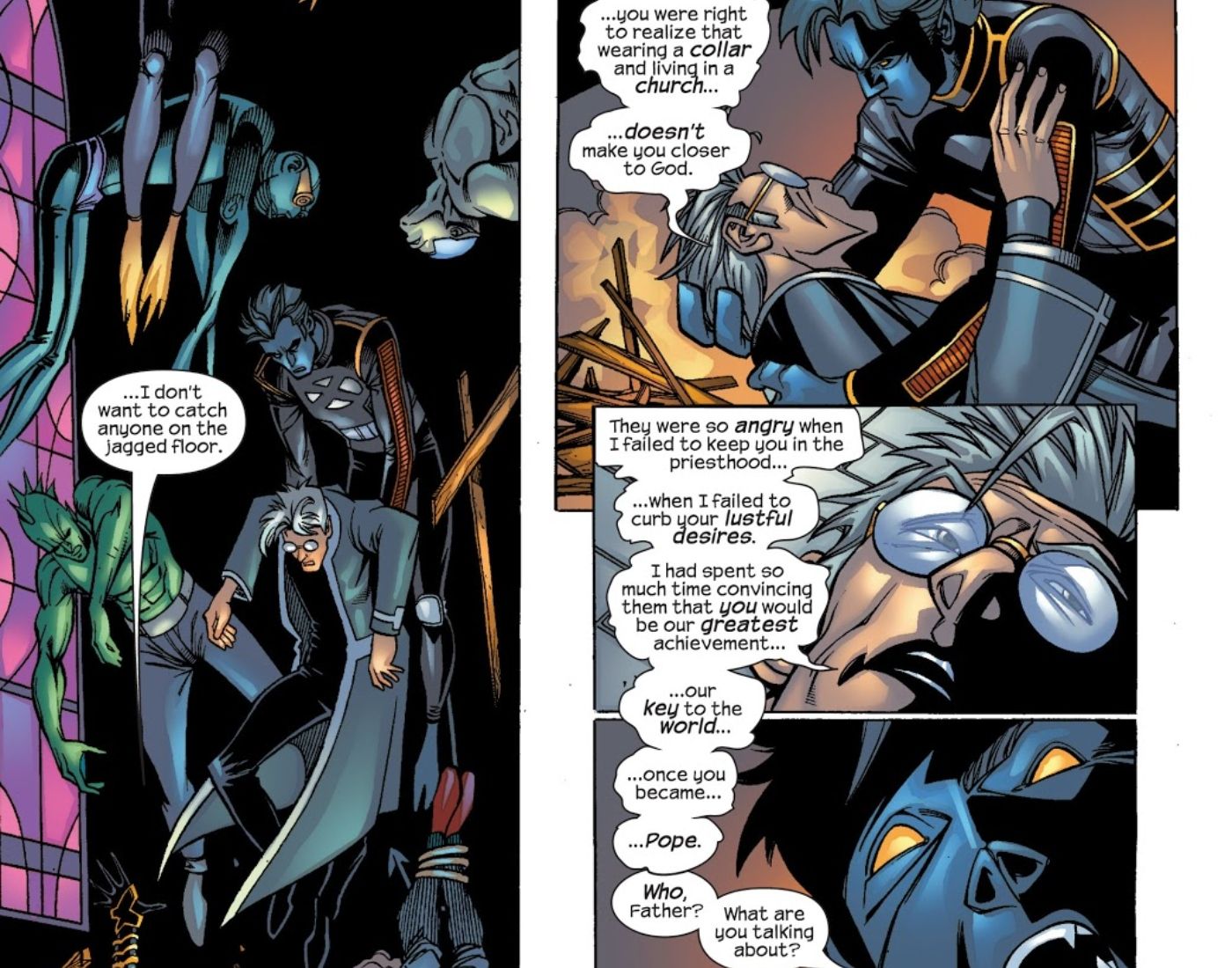 “Holy War” was a two-part storyline from Uncanny X-Men #423-424 (by Chuck Austen and Ron Garney). After waking up one morning and discovering a number of young mutants crucified on the front lawn of the Xavier Institute, the X-Men hunted down the organization responsible, the Church of Humanity. But it turned out that the Church had been quietly manipulating one of their veteran members for months.

Finding him and a host of wounded mutants, a dying Whitney revealed to Nightcrawler that the plan had been to elevate Nightcrawler further and further in the church hierarchy until he could reach the position of Pope. The Church of Humanity’s leadership — including their own Pope — had planned to eventually position Nightcrawler as the Catholic Church’s official leader, allowing the X-Man to “take his seat in the temple of God.” Then the Church planned to sabotaged his image-inducer, and relied on Nightcrawler’s devilish appearance to convince the populace that “Satan” had taken over the Church, leading to upheaval and chaos. 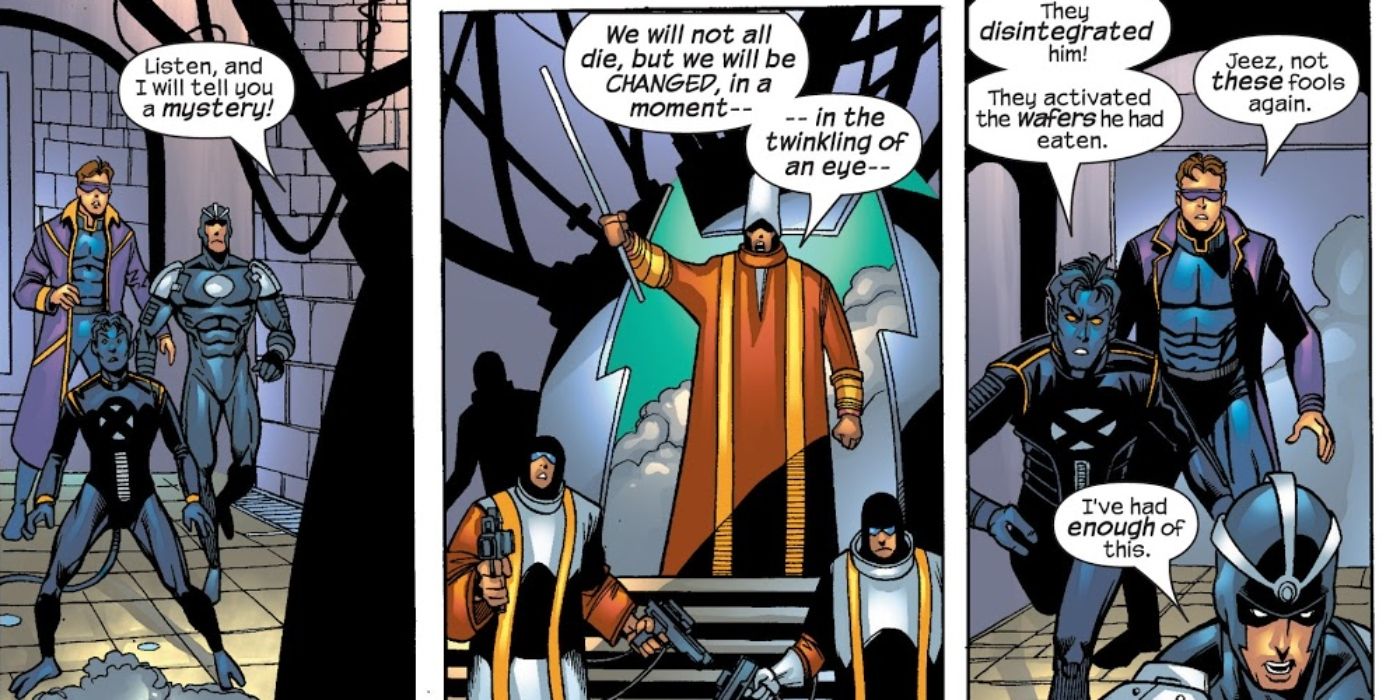 Mutants would have become the “deliverers of the Antichrist,” as then the Church of Humanity planned to activate a false Rapture. This would be precipitated by a unique variant of holy wafers that, upon command from the Church of Humanity’s Pope, would disintegrate the people who consumed them. The plan was for this to lend more credence to the “Rapture” story they were pushing, while also eliminating anyone else in the Church who’d been targeted as an enemy of their plan. Discovering the truth, the X-Men hunted down their base and defeated the Church of Humanity — with Nightcrawler learning their Pope had actually been a former Catholic Nun, who had turned against the Catholic Church after she’d been sexually assaulted (and then framed for infidelity) by a Priest.

It’s one of the wildest plans anyone has ever had to bring down the mutant population, relying on a long series of twists and turns to elect an X-Man to perhaps the single most important role within an entire global religion. Doing so would have caused upheaval across the globe, and it’s unclear if the plan ever truly had any chance of working — especially considering the vast number of telepaths who, following their assault on the Church of Humanity, were able to discover everything about their scheme. It’s also additionally ridiculous that a mutant who once punched out Mephisto could be accused of being the devil.

KEEP READING: One X-Man May Be A Secret Omega-Level Mutant – Or Something Even More Powerful

Call of Duty 2023 Will Reportedly Only Release for PS5, Xbox Series X, and PC