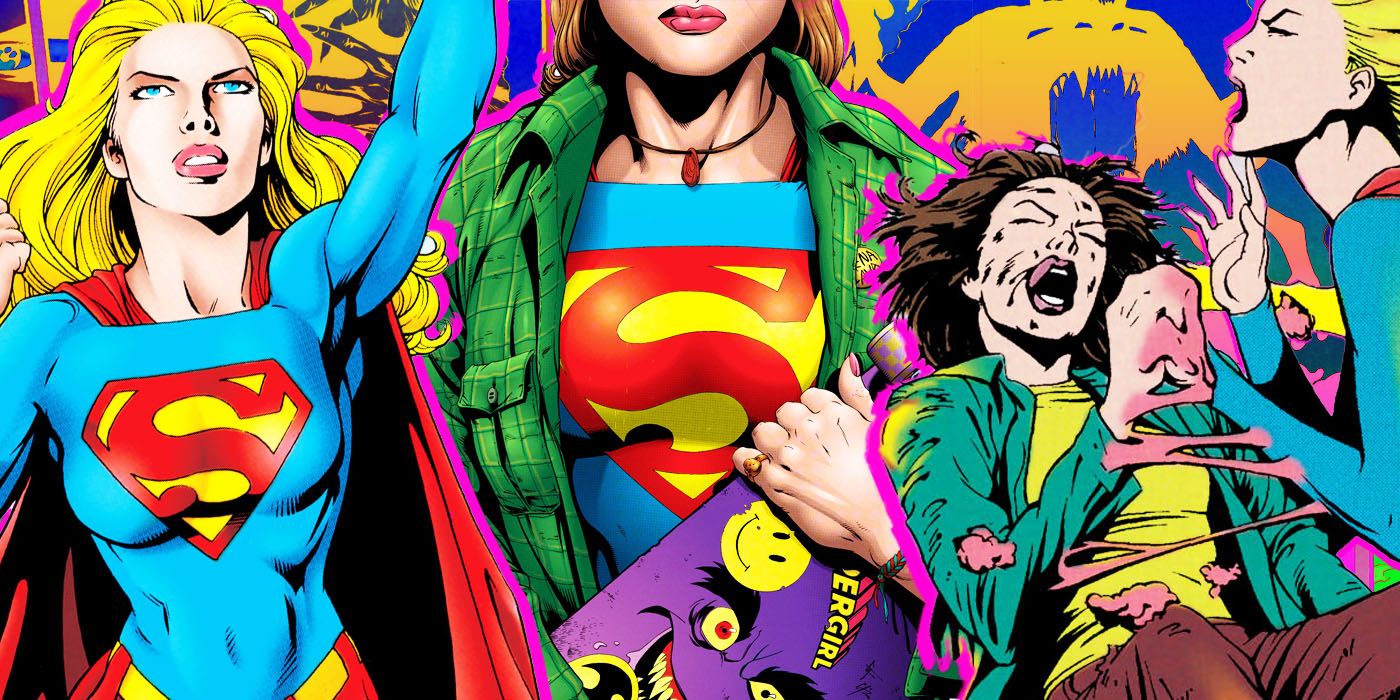 Today, we look at how DC tried to do revamp its Matrix Supergirl character in an unusual, but enthralling, way.

In every installment of Abandoned Love we will be examining comic book stories, plots and ideas that were abandoned by a later writer without actively contradicting an earlier story (so the more passive definition of retcons as being anything that is retroactively added to continuity, even if there is no specific conflict with a past story). Feel free to e-mail me at brianc@cbr.com if you have any suggestions for future editions of this feature.

I’ve talked a little about this recently, but one of the interesting things about the Post-Crisis Superman is that really only the people who were on the books right when the John Byrne revamp occurred (Byrne, Jerry Ordway and Editor Mike Carlin) were PARTICULARLY devoted to the changes that were made to the Superman mythos during Man of Steel, so as Byrne and then Ordway, too, left the books, the writers who came in were definitely fairly devoted to the general idea of the new Superman approach (especially since most of them worked closely with Ordway, who remained on the series from the reboot through 1993 and Ordway definitely felt strongly that the changes made in the reboot shouldn’t be overturned) but had conflicts with some of the specifics of the reboot and so slowly but surely, little bits and pieces of the past continuity were added back to the Superman books.

One of the more notable examples was when the alien Matrix adopted her identity of “Supergirl” full-time (after Byrne had teased Supergirl’s existence towards the end of his run, only to reveal that it was really Matrix, an alien shapeshifter from another universe), thus bringing Supergirl back to the books as a regular character for the first time since the Post-Crisis reboot had eliminated the previous version of Supergirl (Superman’s cousin from Krypton) from continuity (one of the big parts of the reboot was making Superman the SOLE survivor of Krypton again). So long as Carlin was still in charge, though, things weren’t going to stray TOO far from the Byrne reboot and so while there were plenty of Superman creators who longed for the other version of Supergirl, the closest they were going to come was an amorphous alien shapeshifter from another dimension who invented the identity of Supergirl. It’s not exactly the sort of thing that rolls off the tongue as a high concept, ya know?

The Superman creators, though, did their best to develop Matrix as well as they could (especially Roger Stern and then, when he left the books, Louise Simonson sort of adopted Matrix). Still, it seemed fairly evident that there was not a whole lot of support for giving Matrix her own ongoing series. Unless, of course, the character could be altered a bit.

RELATED: One Marvel Hero Had the Key to Stopping Mephisto and Threw It Away

That, then, turned out to be how Supergirl was ultimately revamped, as the Matrix setup for Supergirl was effectively abandoned through a clever piece of writing in July 1996‘s Supergirl #1 (by Peter David, Gary Frank and Cam Smith).

The whole thing was wrapped up in a distinctive cover by Frank, doing a sort of grunge twist on Supergirl that REALLY stood out at the time (and I still think was a major influence on the excellent cover of Ms. Marvel #1, but I don’t know if that has ever actually been officially confirmed). 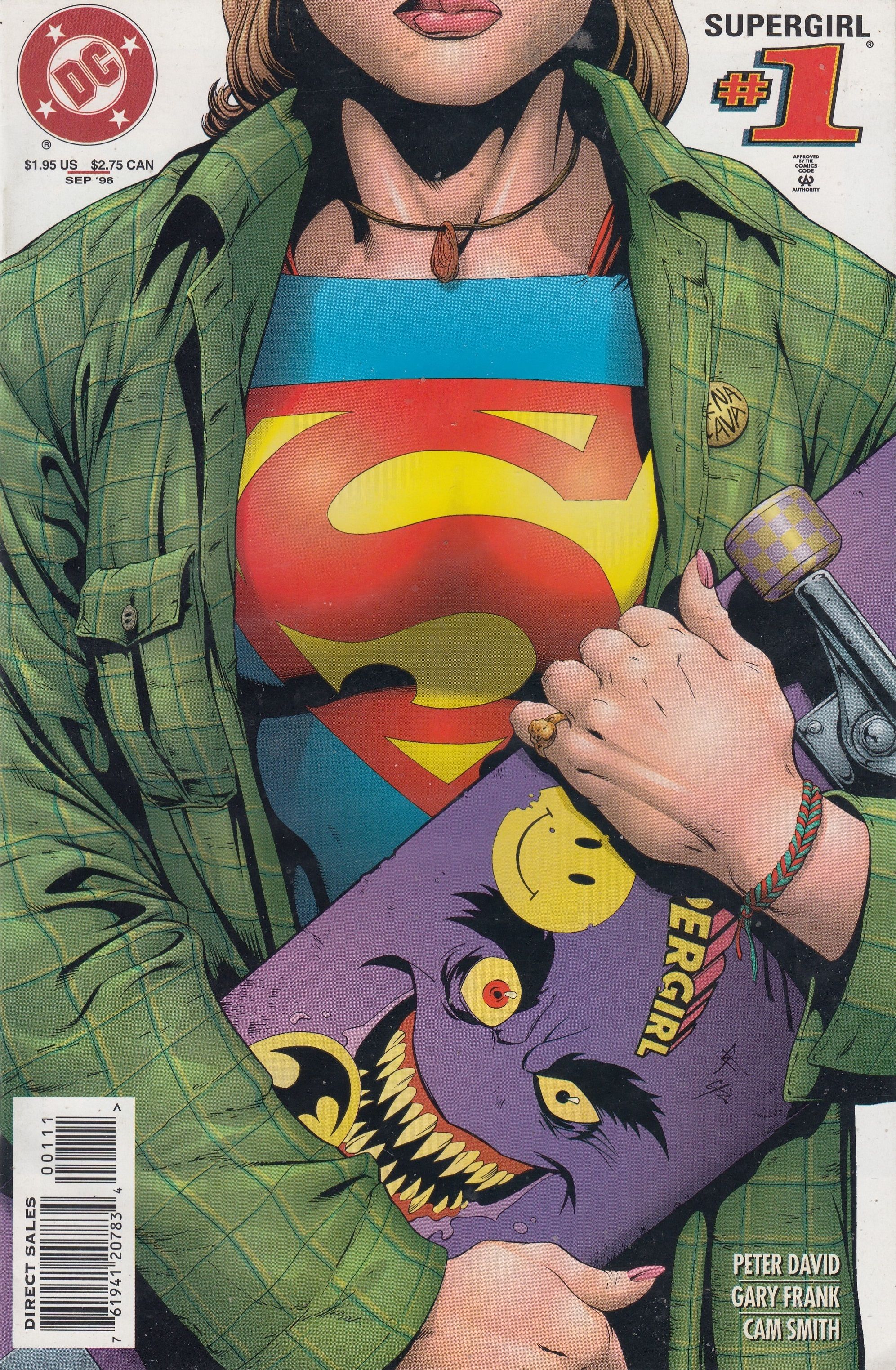 The issue opens with a young woman, Linda Danvers, showering herself and blood and weird protoplasm coming off of her… 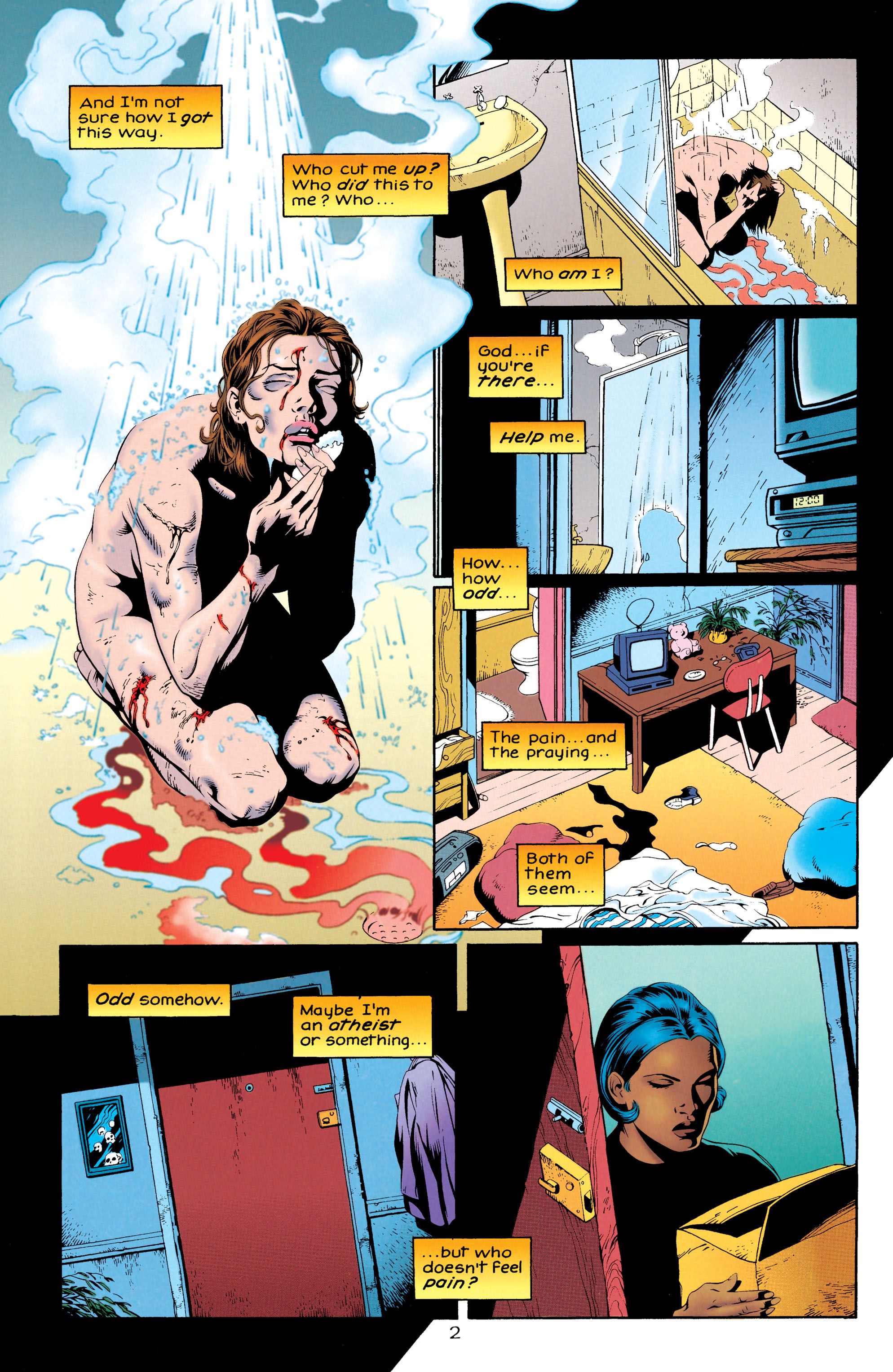 Her roommate is shocked to see her not only alive, but apparently totally unharmed, which doesn’t fit the story that everyone heard that Linda was killed in some sort of satanic cult deal, but while her roommate is freaking out about all of that (including the pink sort of gunk that was in the shower with Linda), Linda notices that her eyes are now a different color… 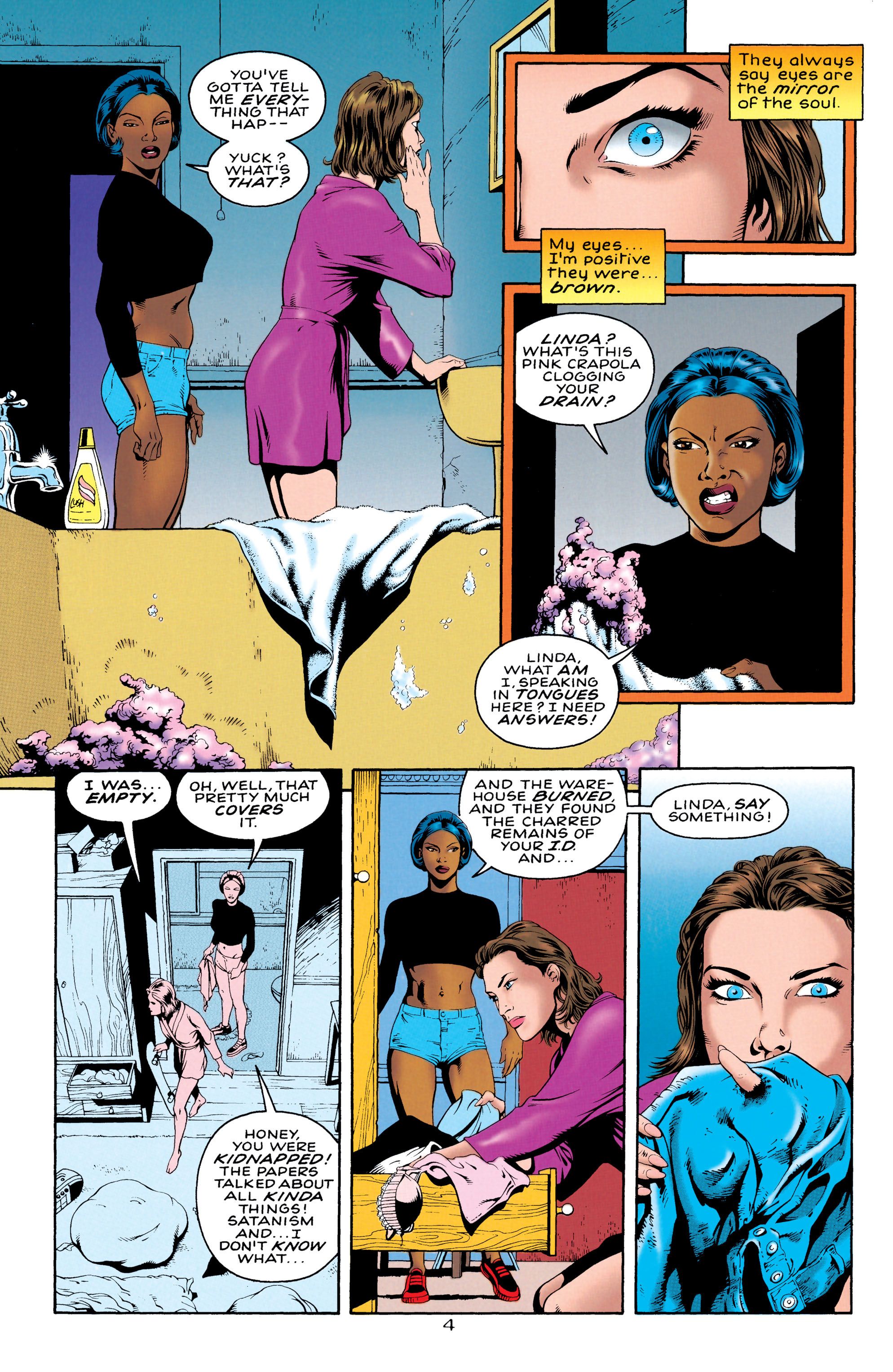 Through a series of flashbacks, we learn that Supergirl (Matrix) had shown up in town at the request of Linda’s parents (and a general sense of looking into a series of murders) as Linda had been sort of seduced into joining a demonic cult by her boyfriend, Buzz. Supergirl is trying to save Linda (even though Linda’s father is being a jerk to Supergirl over her lack of humanity)… 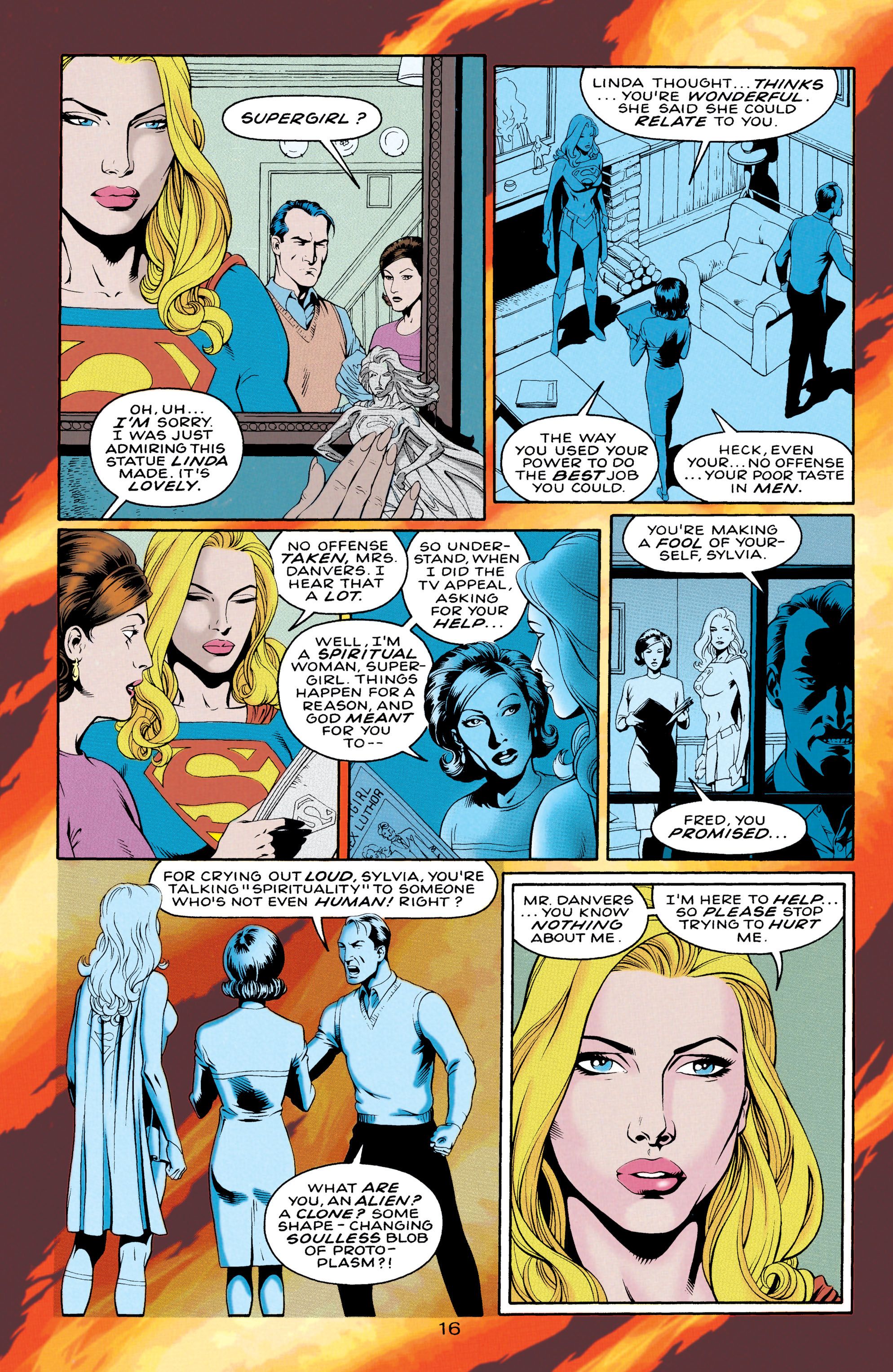 We see that Supergirl discovered Linda just as she was about to be the sacrifice to the demon and Supergirl used her powers to help save Linda’s life, but just barely, as Linda was badly injured… 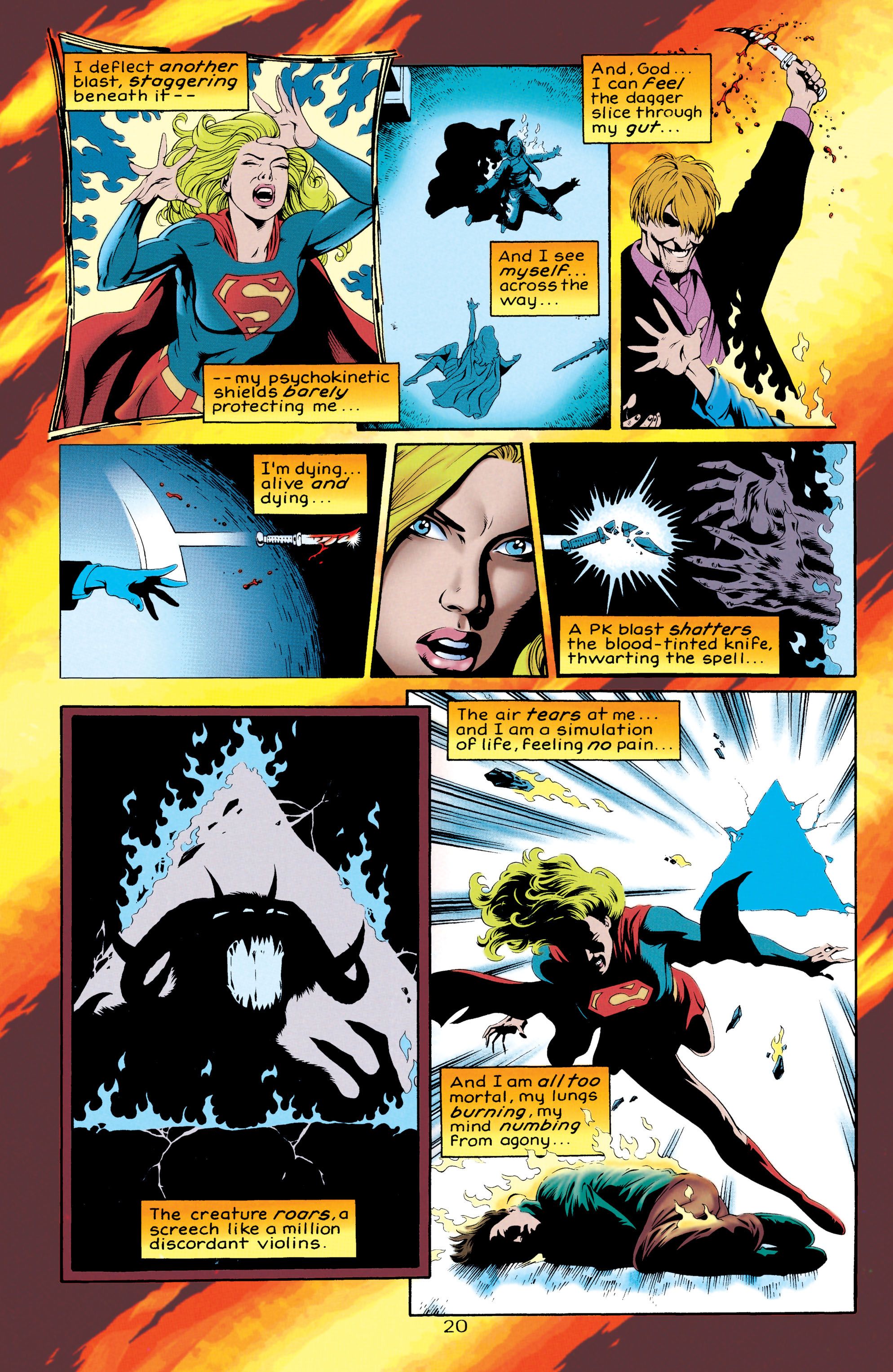 Supergirl was also having problems with the demon as, well, shapeshifting aliens don’t necessarily have defenses against demons. Ultimately, Supergirl decided in the moment that she was going to save Linda no matter what, and that ultimately meant merging themselves together, with Matrix essentially giving up her own life to merge her lifeforce with Linda… 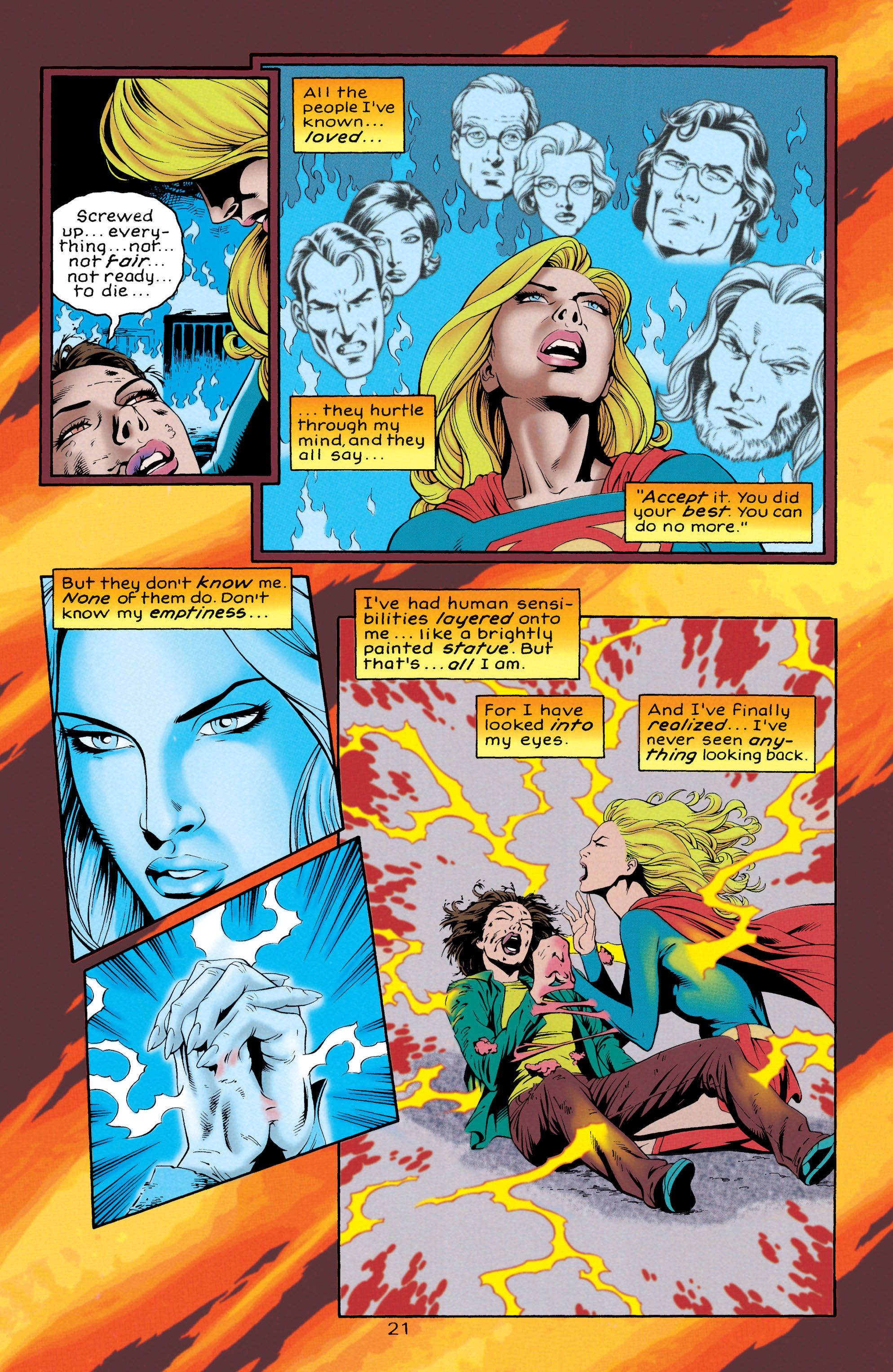 And now Linda and Supergirl are one being, with both of their minds, but really mostly Linda’s, and she has the ability to shapeshift only between her Linda form and her Supergirl form, but otherwise maintaining Supergirl’s other powers (strength, flight, low-level telekinesis) and we will later learn that the supernatural merger also gave them supernatural abilities, as well… 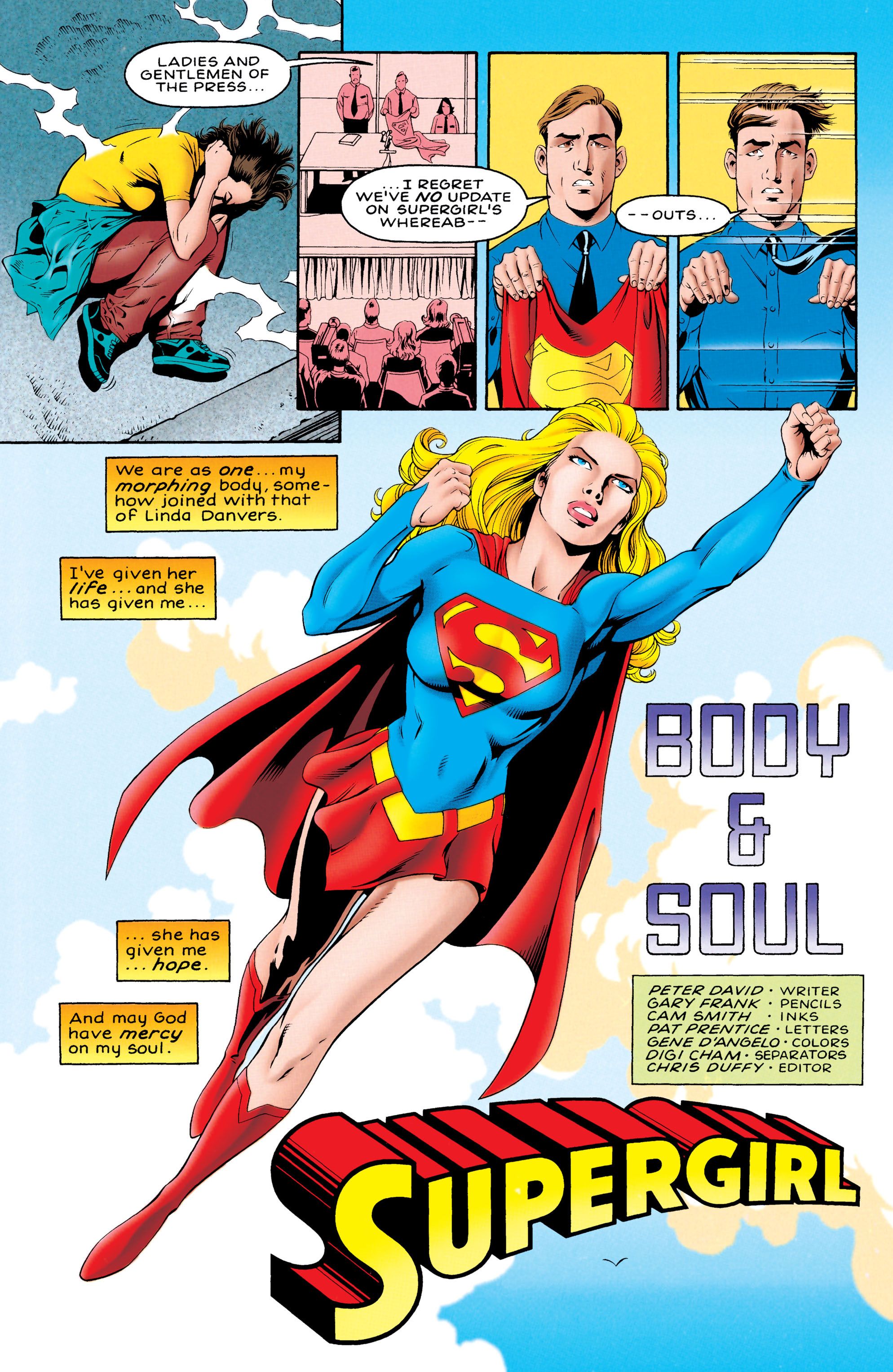 It was a very clever attempt by David to make the Matrix Supergirl more compelling and the artwork from Frank and Smith was stunning. Ultimately, though, for however good this series was (and it was very good), it was admittedly still a bit of a tough sell, “high concept” wise and eventually it was replaced by the much simpler return of Supergirl as being Superman’s cousin who also survived the destruction of Krypton. But , be sure to check out this Supergirl series, it’s really good!

If anyone has a suggestion for a future edition of Abandoned Love, drop me a line at brianc@cbr.com!

The Lion and The Eagle #1: An Uncomfortable Look at War