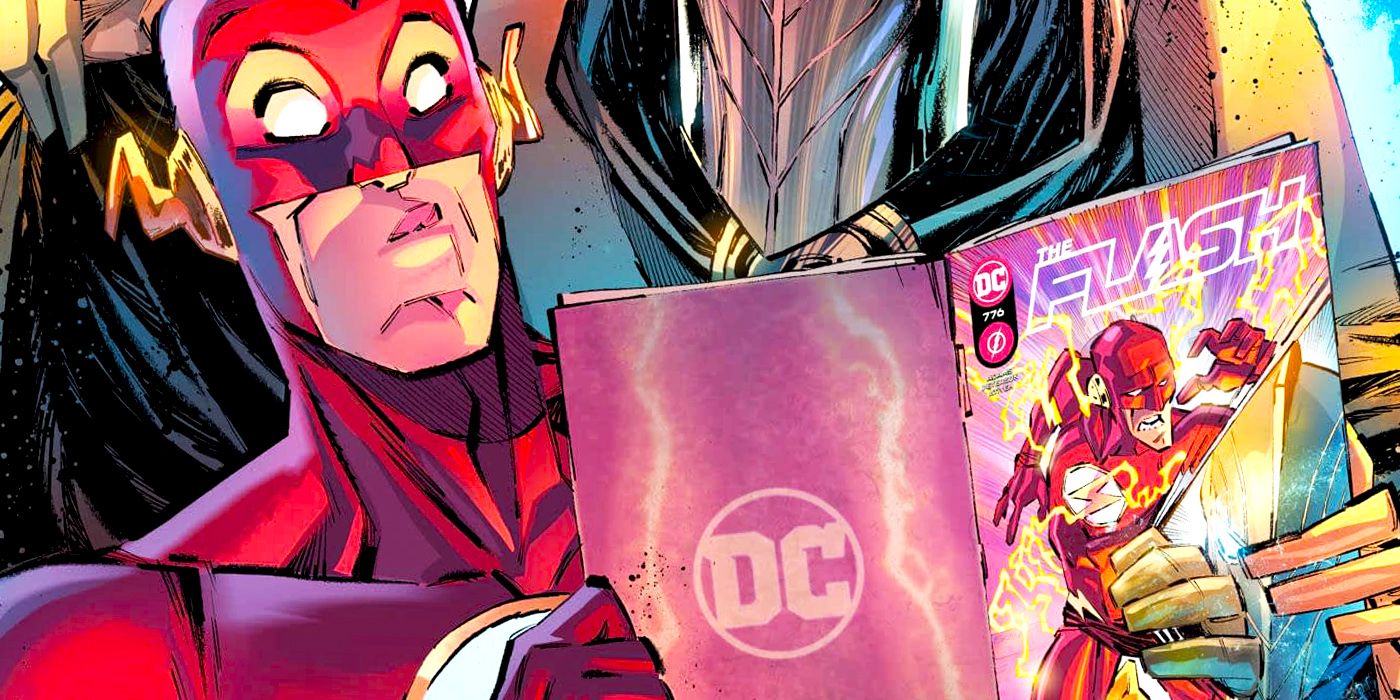 Warning: The following article contains spoilers for The Flash #776, on sale now from DC Comics.

Fresh from the events of the previous issue, The Flash #776 (by Jeremy Adams, Fernando Pasarin, Matt Ryan, Jeromy Cox, and Rob Leigh) sees Wally West teaming up with the DC Universe’s answer to Marvel’s Sorcerer Supreme, Doctor Fate. The two heroes came together after the Scarlet Speedster tried to defeat the new vampiric villain Starbreaker, who later became possessed by Eclipso after he tried to lift a mysterious glaive that landed in Central City. Fate then teleported both himself and Wally into another dimension in pursuit of the villain. However, little to Wally’s knowledge, there would be a second ally aiding him in his fight against Eclipso: the reader.

Even though Doctor Fate has not shown the ability to break the fourth wall previously, other well-known comic book characters have, making this meta-fictional technique something of a hallmark in the comic book medium. What also makes The Flash #776 so interesting is also the interactive techniques of including the reader in the story, showcasing why comic books are ripe for interactive fiction and breaking of the fourth wall. The issue sees Fate reveal “the reader” to Wally before they both give instructions on how to help them navigate and survive the strange world. 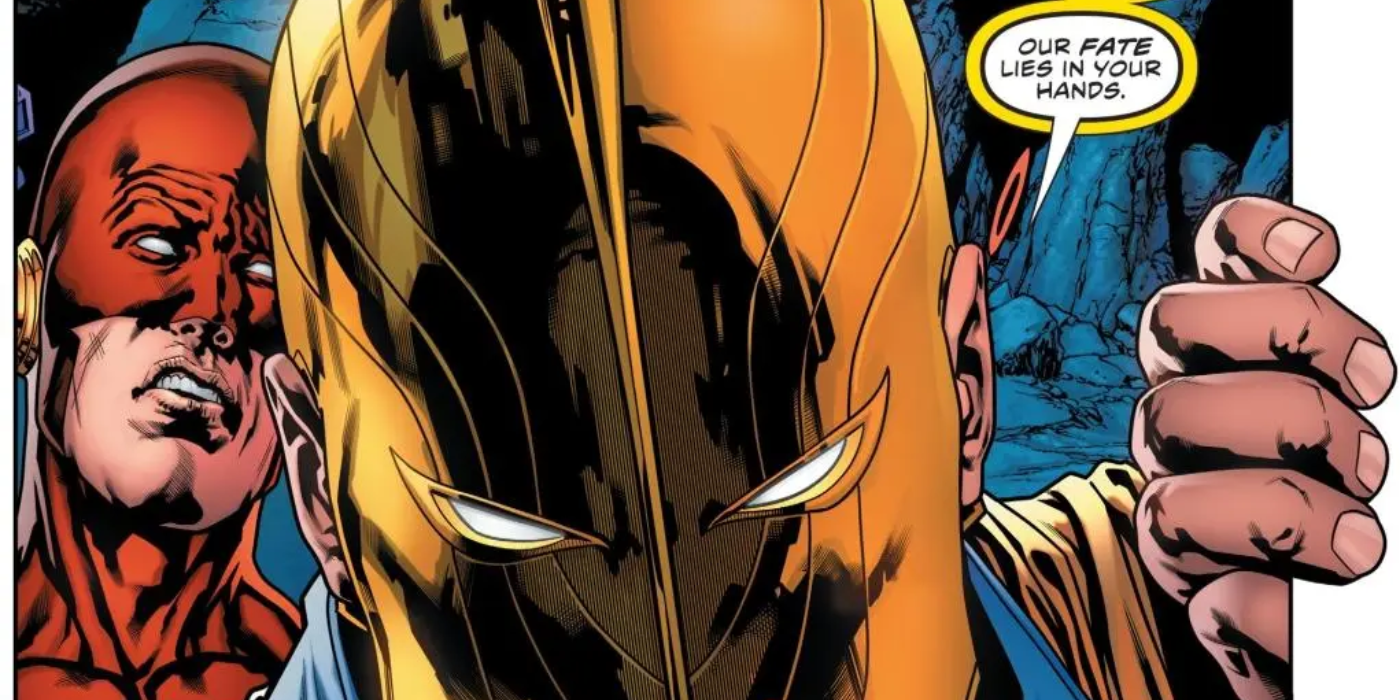 When they unexpectedly land in a pool of water and Fate is attacked by a squid demon, the reader is asked to flip the book upside down again so that the hero can grab a mysterious magical book. Fate, while still being attacked by the squid, then asks the readers to flip the pages of the book back to find the order of the three glyphs and touch them in the correct order so that the two of them can be teleported away to Gemworld, where the Justice League Dark is waiting. 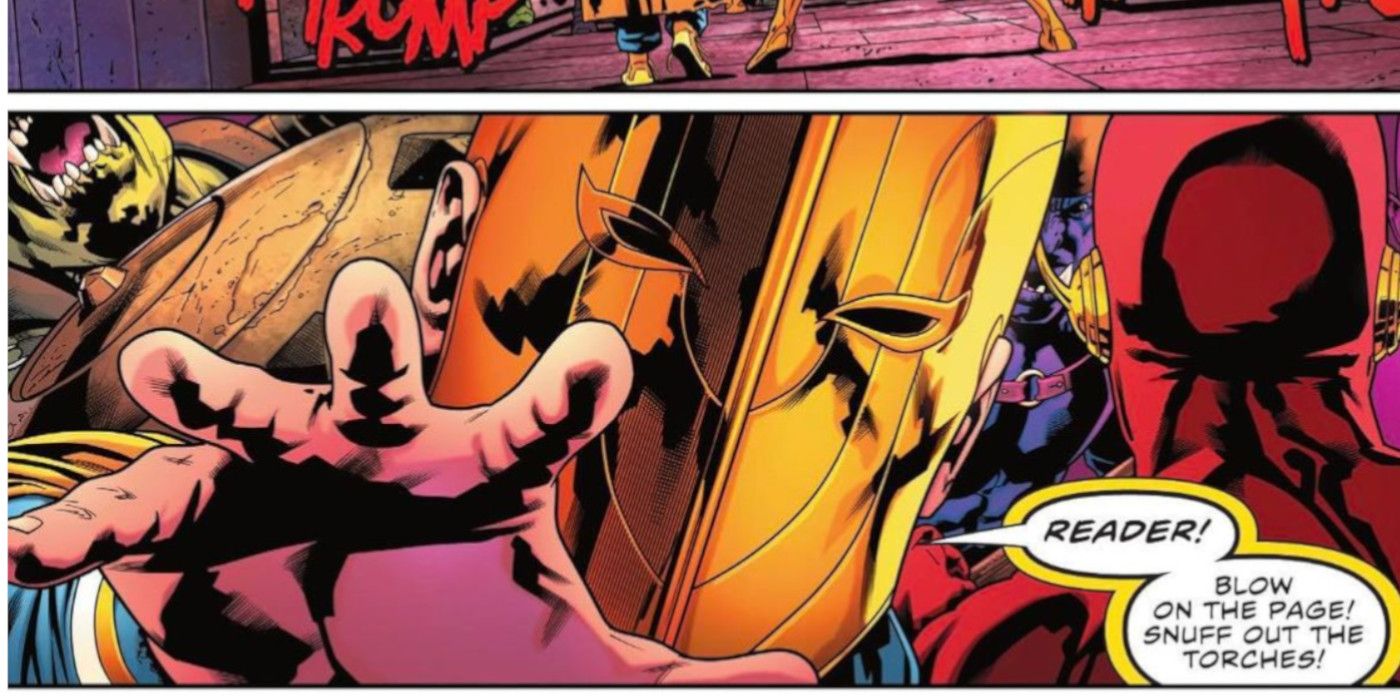 Prior to this innovative issue, there have been a few comic book characters who have broken the fourth wall. Although Deadpool and Ambush Bug are the first characters to typically come to mind, another famous example came in Grant Morrison’s Animal Man, in which Buddy Baker’s heroic character looks the reader directly in the eye and became aware that he was a comic book character, eventually meeting his writer. Another Morrison storyline, the “Ultra Comics” chapter in Multiversity, also had the titular character’s story happening in real-time as the issue also has the reader interacting with the comic. Hellblazer #120 (by Paul Jenkins and Sean Phillips) saw John Constantine breaking the fourth wall and meeting the reader in a pub.

What makes The Flash #776 unique and interesting is how interactive the comic is, taking its cue from the Choose-Your-Own-Adventure books of the past and interactive fiction to allow the reader to take part in the story. It does this by showing how the reader’s real-world actions can help the characters, thereby actually involving them in the story. Furthermore, this issue also utilizes the physical qualities of the comic book, requiring readers to turn it upside down, an effect that would be lost with a digital copy. This unique brand of storytelling has been gaining in popularity recently, with the rise of Choose-Your-Own-Adventure style storytelling on Netflix, and DC Animated feature films like Batman: Death in the Family. This opens up the potential for more of these types of stories in the future, which in turn could usher in an entirely new dimension to the world of comics.

KEEP READING: The Flash Confirms How Wally West Is More Powerful Than Superman