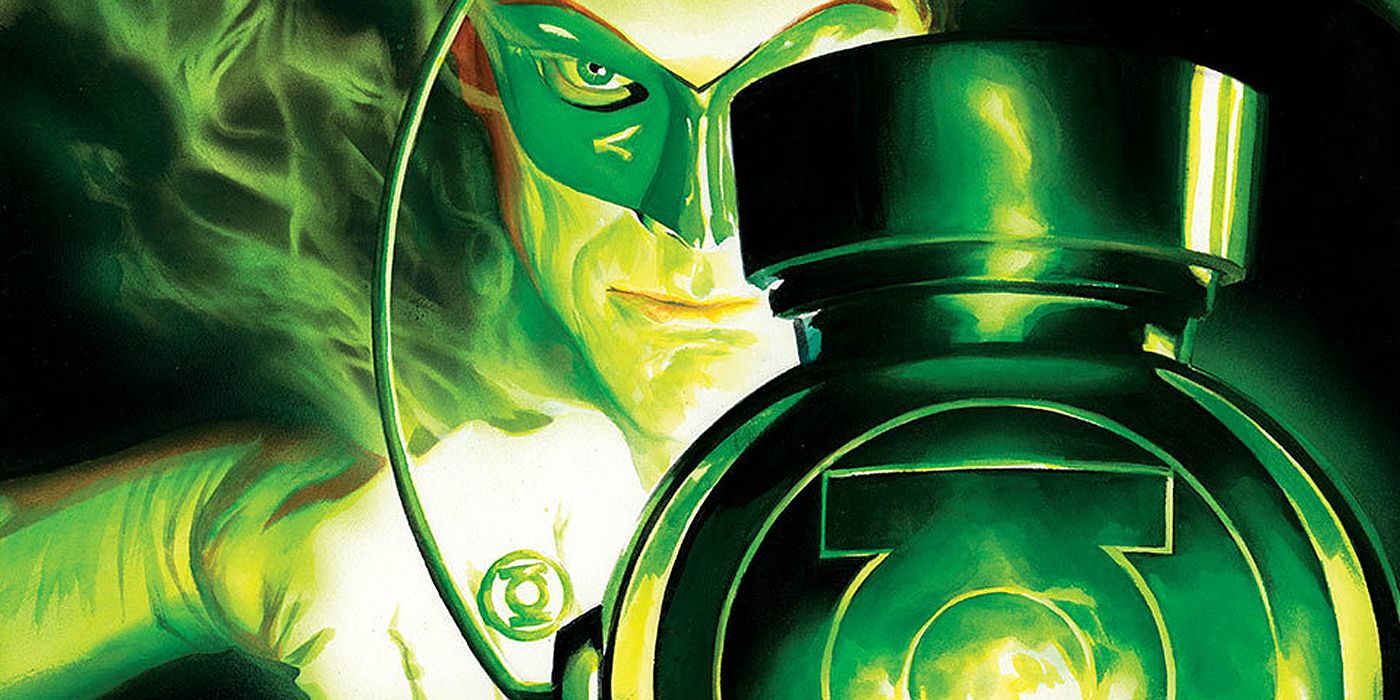 The Green Lantern Corps has existed for three billion years, keeping tabs on the various sectors of the universe and policing all planets with sentient life. Given their importance to the stability of the DC Universe, one would think the identity of the first Green Lantern to ever exist would be something that has been clearly defined by DC writers and editors. Chronologically, the first Green Lantern to have been created was Alan Scott in 1940’s All American Comics # 16 by Mike Noddell and Bill Finger, but Scott was not a member of any Lantern Corps, instead having obtained his ring from a rogue Green Lantern whose ring was left on Earth thousands of years prior. 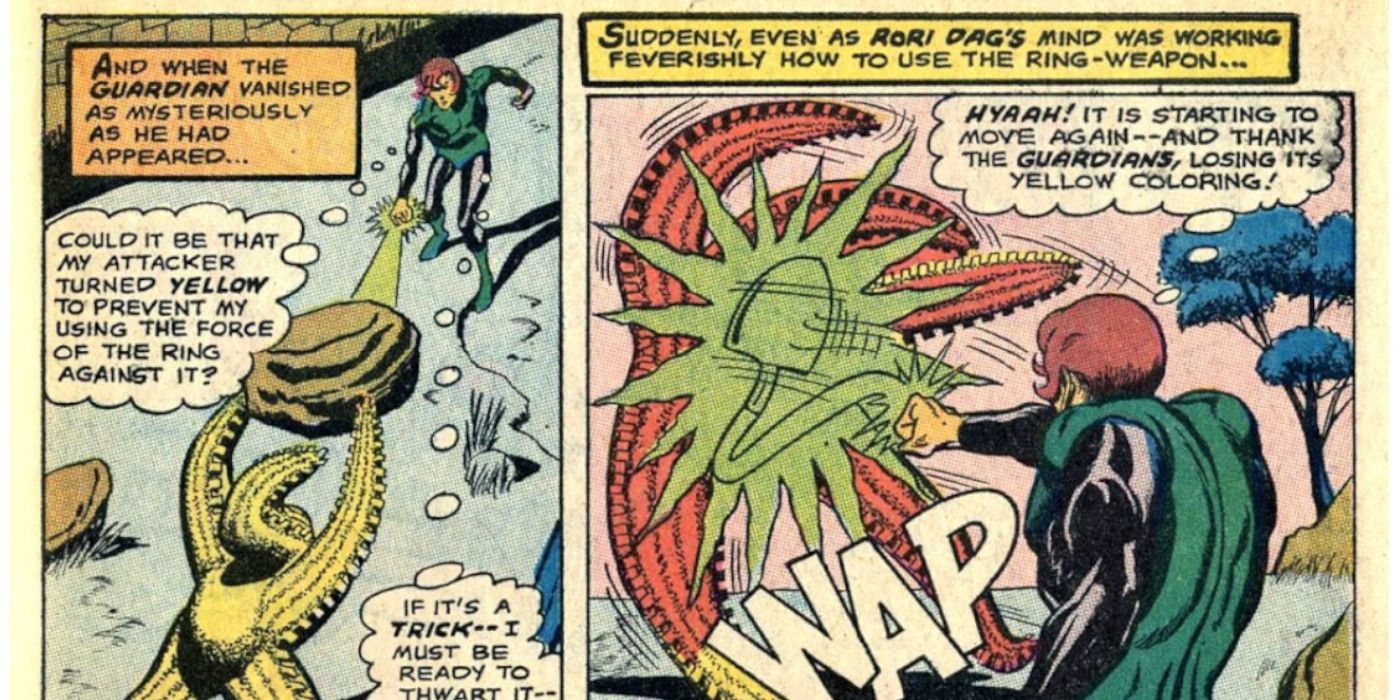 Rori Dag was first introduced in Green Lantern Vol. 2 # 67 by Gardner Fox and Dick Dillin in the backup story “Tales of the Power Ring: The First Green Lantern.” Set three billion years in the past, on the world of Rojira in Sector 1234, the story tells of how Rojira was inhabited by two species; the Rulaans, a war-mongering race of aliens with resemblance to starfish, and the humanoid Jirenn who were pacifists. The two species were separated by a volcanic barrier until a Rulaan named Korad managed to find a way through it and started attacking the Jirenn while summoning his fellow Rulaans.

As pacifists, the Jirenn had never fought in a war and Rori stepped out to lead his people to fend off the violent Rulaans. Despite their attempts, the Jirenn were outmatched by the Rulaans and Korad had Rori in his grasp, picking up a rock, about to crush the Jirenn leader. Suddenly, a Guardian of the Universe appeared, terrifying Korad and striking him unconscious. The Guardian then explained that his fellow Oans were currently seeking new recruits of sentient beings for their new Green Lantern Corps, that would be replacing the failed experimentation of the Manhunters.

The Guardian explained to Rori how to use the ring and its limitations, emphasizing that the ring cannot be used to kill another sentient being. Wielding the power ring, Rori became the universe’s first Green Lantern. As Korad awoke from his slumber, he immediately started attacking Rori again. The Lantern then constructed a catapult, which sent the Rulaan flying from the volcanic field and then sealed the pathway once again, keeping his people safe from the Rulaans. The Guardian then awarded Rori with the power battery insignia, completing the first Green Lantern uniform. 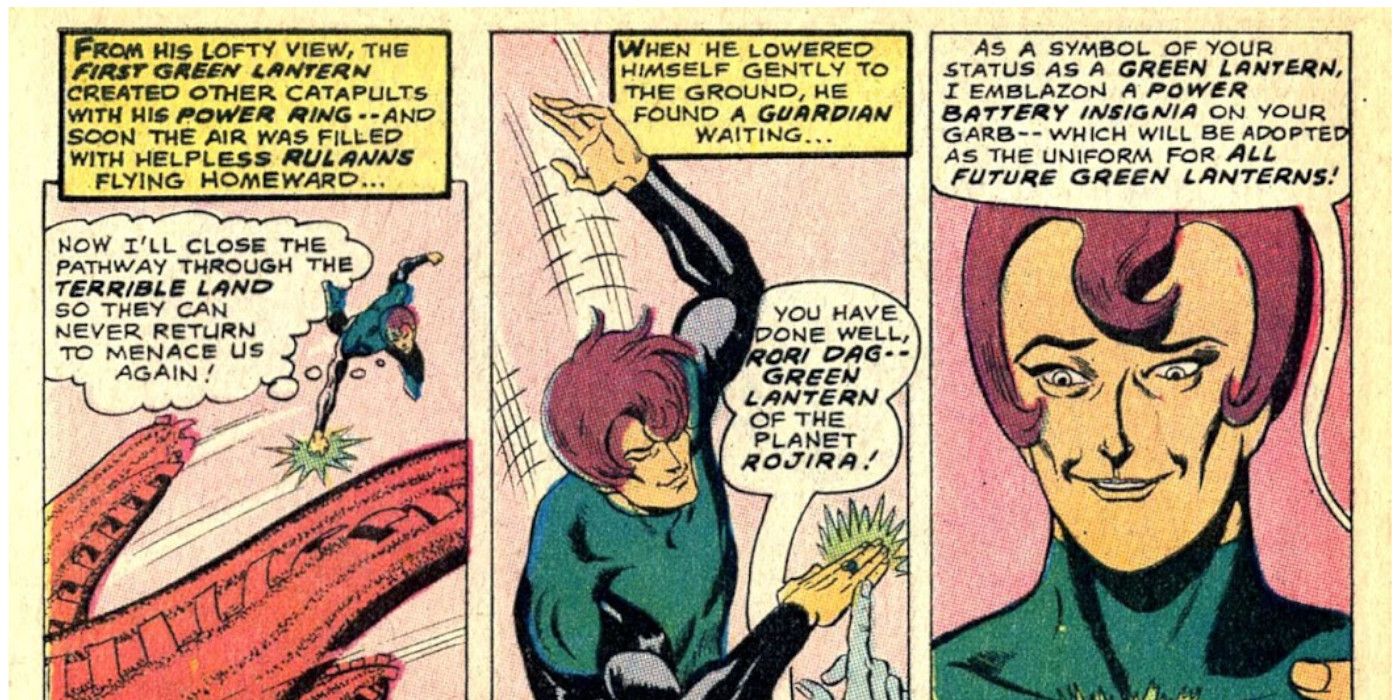 Of course, Rori’s status as the first Green Lantern was Pre-Crisis and DC continuity has seen various Crises and reboots since. This has made the title of the “First Lantern” ever-fluctuating one, as the continuity leads to wide changes in the history of the DC Universe. After the new 52 and DC: Rebirth, history changed so that the first Lantern to wield the power of the emotional spectrum was Volthoom, a human from Earth-15 and early Guardian experiment that went wrong after he went mad with power. Volthoom’s descent into madness could have potentially led to the destruction of the universe, so the Guardians created the Green Lantern Corps, where there was no “first” Green Lantern, but the “first seven,” who were sent to defeat Volthoom. The role of the “First Green Lantern” is also changed in the animated feature film Green Lantern: Emerald Nights to be Avra, a scribe who was the first to be chosen by his power ring.

The title seems to be something prone to the fluxes of ever-changing DC continuity, which shouldn’t be surprising, considering the epic scale of the Green Lantern mythology. Given the way Volthoom was introduced, it is likely that his status as the first Lantern will remain in continuity for some time, leaving Rori Dag’s place in history largely , and unfortunately, forgotten.

KEEP READING: DC’s Grossest Power Ring Is Terrifyingly Strong – But Where Did It Go?

Doctor Strange 2: Why Chthon Needs to Be in Multiverse of Madness