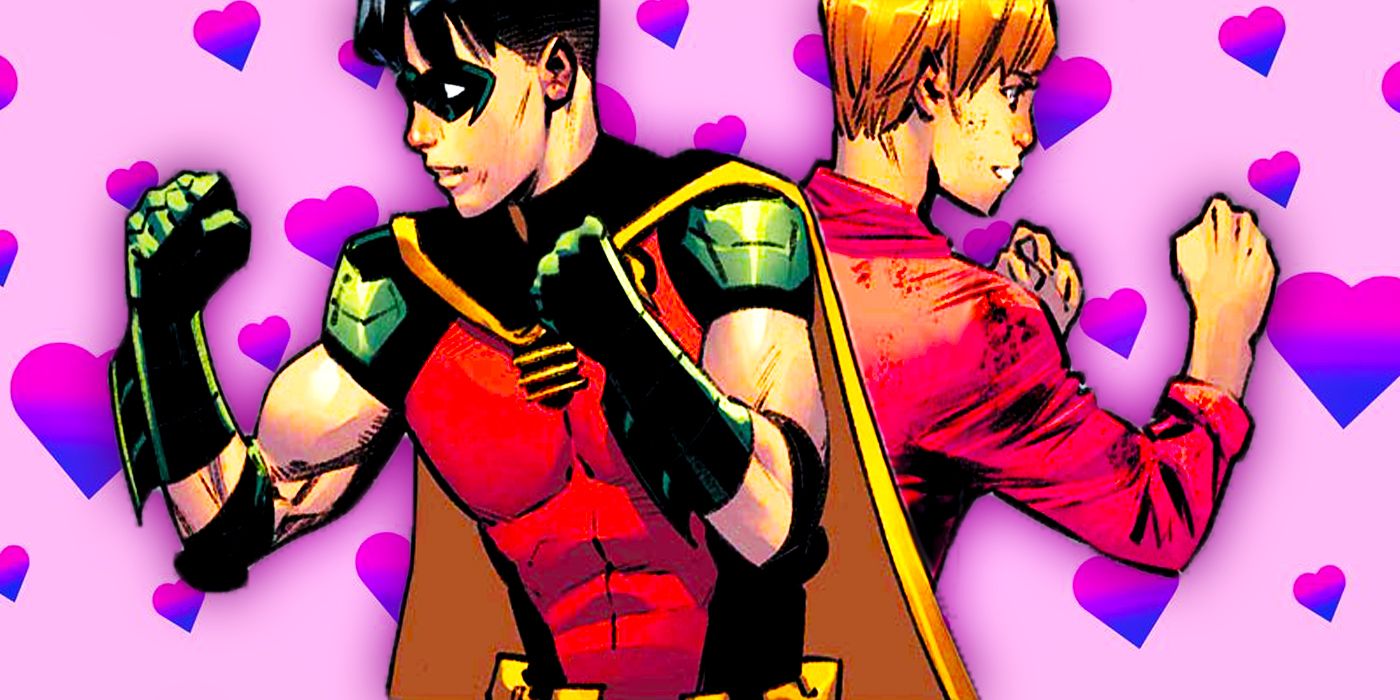 In the recent Batman: Urban Legends #6 (by Meghan Fitzmartin and Belen Ortéga), Tim Drake accepts that he is attracted to other men and decides to go on a date with his friend Bernard Dowd. Although this storyline shows that Tim and Bernard are old friends and former classmates, it doesn’t say a lot about Bernard himself. Furthermore, this storyline marks the first time Bernard has appeared in a comic since Robin #140, which was published in 2005. Revisiting past depictions of Bernard might offer some clues as to who he is and how he captured the heart of the Boy Wonder.

When Tim entered junior year at a new school, Bernard instantly befriended him. He was confident, easygoing, and opinionated, taking great pleasure in explaining the school’s social hierarchy to Tim, although the Boy Wonder initially found his brash personality to be a bit overwhelming. Nevertheless, Drake warmed up to his new friend and told his love interest at the time, Stephanie Brown (aka Spoiler), that he liked Bernard. 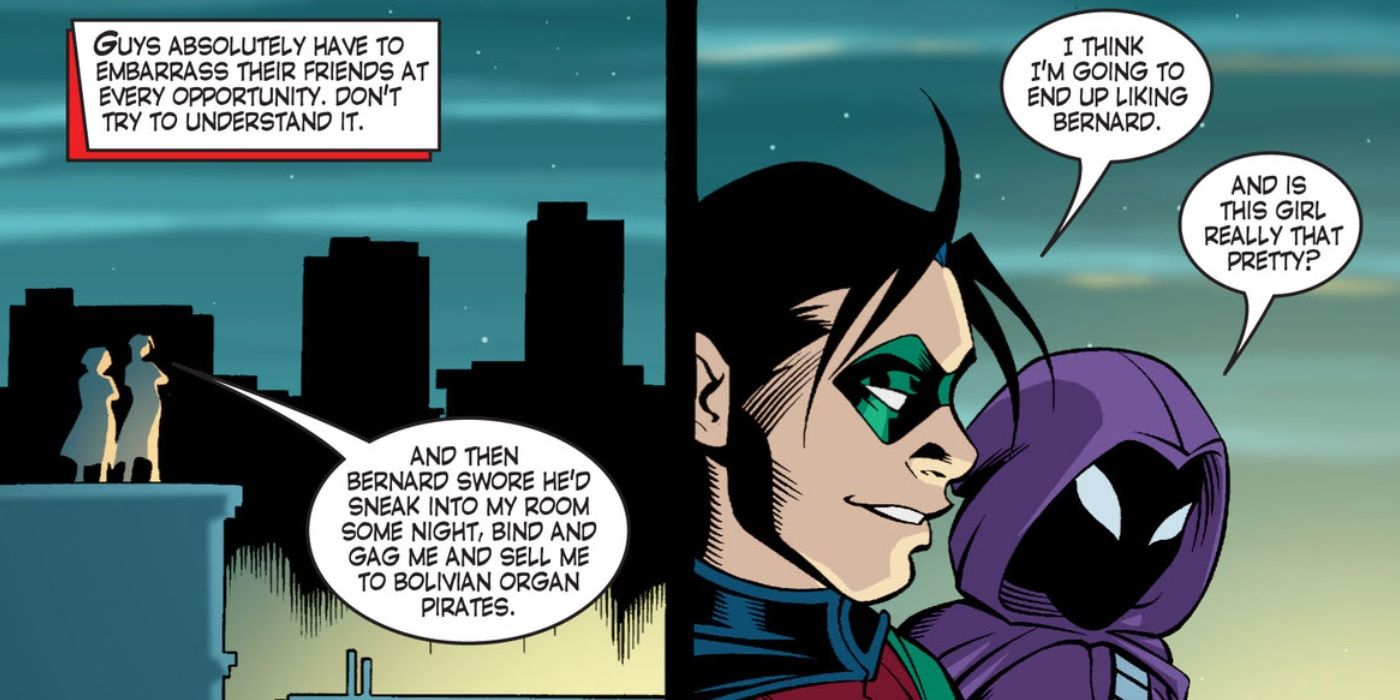 Unlike Stephanie, Bernard had no idea about Tim’s secret life as Robin. Perhaps this was part of the reason Tim enjoyed spending time with him. Hanging out with his new friend, Tim didn’t have to worry about fighting crime or living up to Batman’s standards. He could just be a normal teenage boy spending time with a friend.

Like most teenage boys, Tim and Bernard teased each other, especially when it came to girls. Bernard had feelings for a girl at their school named Darla Aquista, but despite his outgoing nature, he was terrified to talk to her. Tim pressured him into approaching her at a diner, hoping to set Bernard up with his crush. However, this plan backfired when Darla confessed that she was actually interested in Tim.

Tim assured Bernard that he had no intention of dating Darla, since he was already in a fulfilling relationship with Stephanie. But his friend wasn’t convinced that Stephanie even existed. He suspected that Tim had invented her, even once calling her his “imaginary girlfriend.” 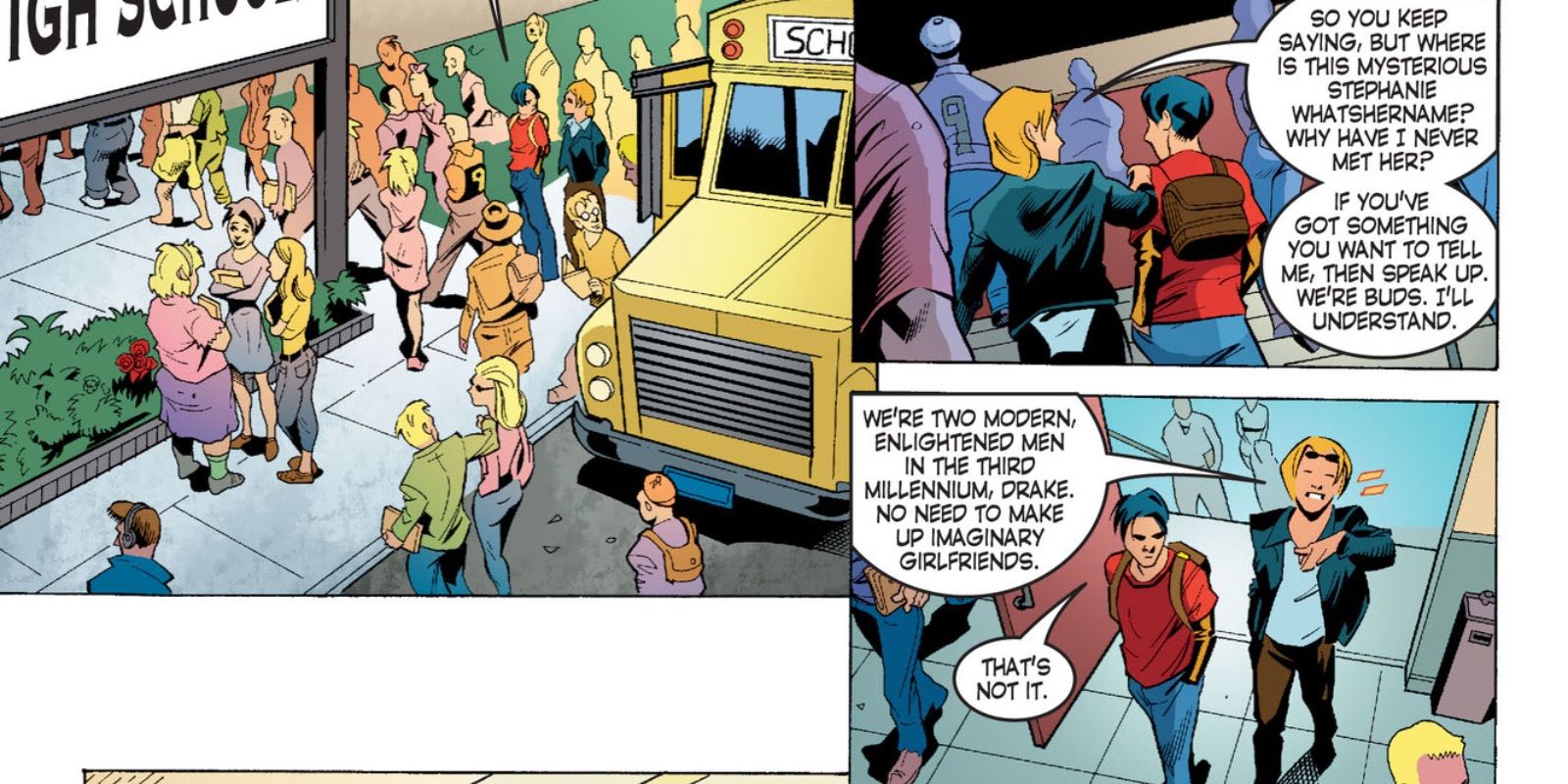 The implication was that Bernard suspected that Tim was gay and that he was trying to hide it by lying about having a girlfriend. He didn’t want Tim to feel like he had to hide who he really was, ironic considering Drake’s alter ego. Recent issues of Batman: Urban Legends have shown that Bernard was right to trust his instincts.

In his most recent appearances, Bernard seems to have mellowed out and grown more mature, although he fondly reminisces about the days he and Tim spent playing video games together. Batman: Urban Legends #6 revealed that his friendship with Tim helped Bernard figure out some important things about himself, just like how their subsequent date helped Tim come to terms with his feelings for Bernard. The relationship between the two continues to mature and grow as the series continues and they officially move to being more than just friends.

The Mega Man Live-Action Movie Is Reportedly Coming to Netflix