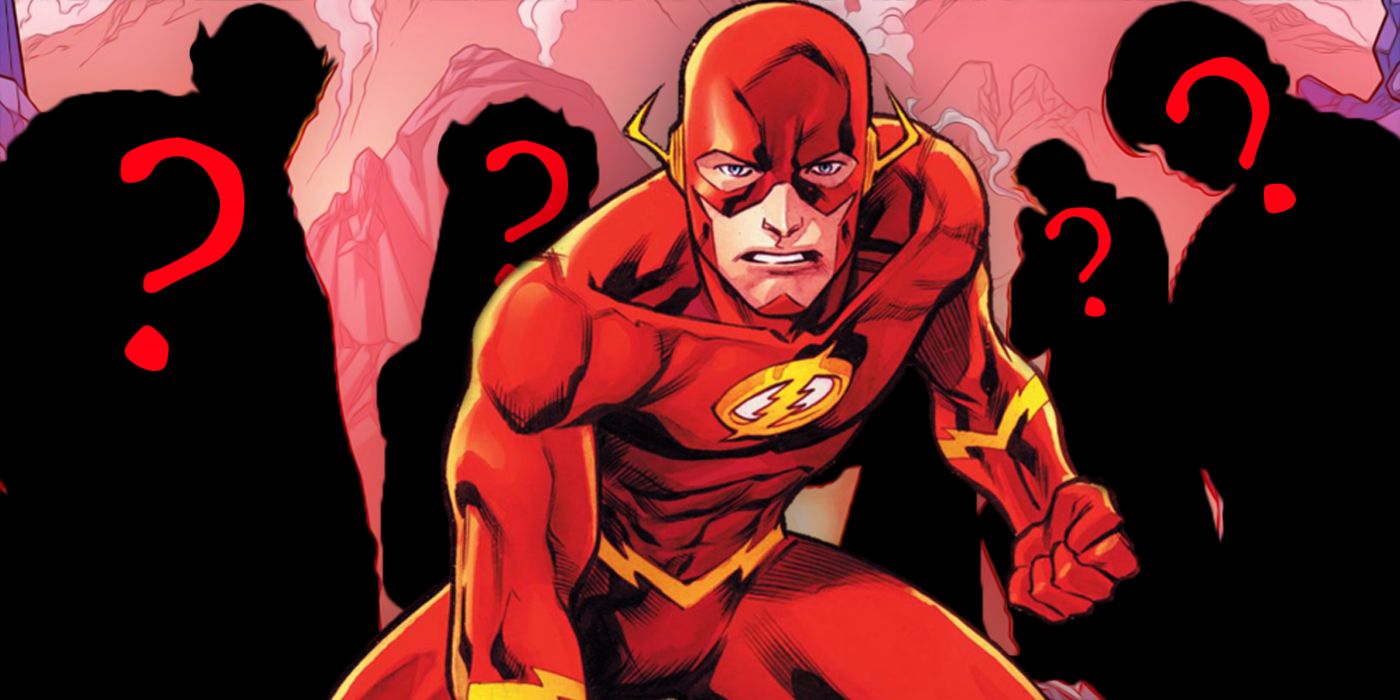 WARNING: The following contains spoilers for The Flash #776, on sale now from DC Comics.

Since reclaiming the mantle of The Flash, Wally West’s life has been thrown squarely right back into the fast lane. As Flash, he’s tasked with defending Central City and the wider DC Universe from all manner of wrongdoing while trying to balance his domestic life as a husband and father to two young children. However, when the magical supervillain Eclipso resurfaces in Central City and launches their plans to reshape the DCU in its corrosive image, Wally finds himself racing for backup, leading to an impromptu team-up with the Justice League Dark.

Here’s a quick rundown of everyone that Wally has linked up with to make a tactical retreat from Eclipso’s all-out assault before regrouping and taking back Central City and the DCU as revealed in The Flash #776 by Jeremy Adams, Fernando Pasarin, Matt Ryan, Jeromy Cox, and Rob Leigh. 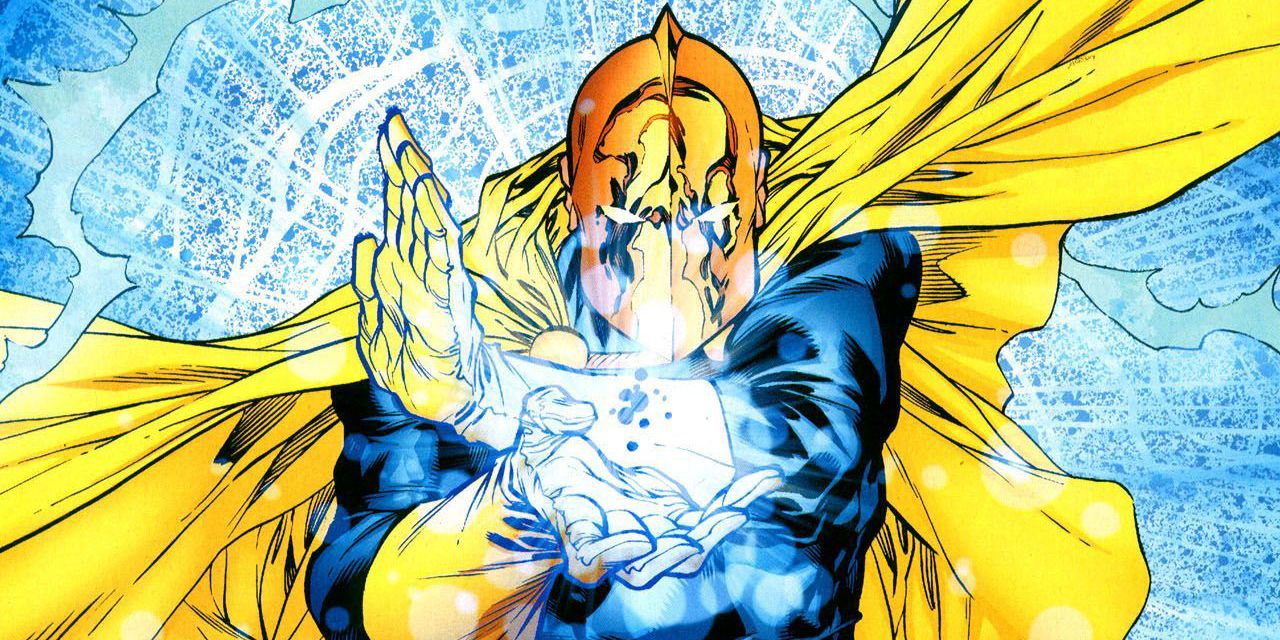 Whisking Wally away from Central City when it becomes clear that no one is safe from Eclipso is Doctor Fate. A longtime member of the Justice Society of America, this iteration of Fate appears to be Kent V. Nelson, created by Steve Gerber and Justiniano in 2007’s Countdown to Mystery #1.

The grandnephew of the original Doctor Fate, Kent Nelson, the younger Fate has occasionally ceded the source of his powers, the mystical Helm of Nabu, to other heroes before reclaiming it for himself. Taking Wally through a two-dimensional causeway, Fate is revealed to have gained a cosmic awareness that makes him realize he is a comic book character. 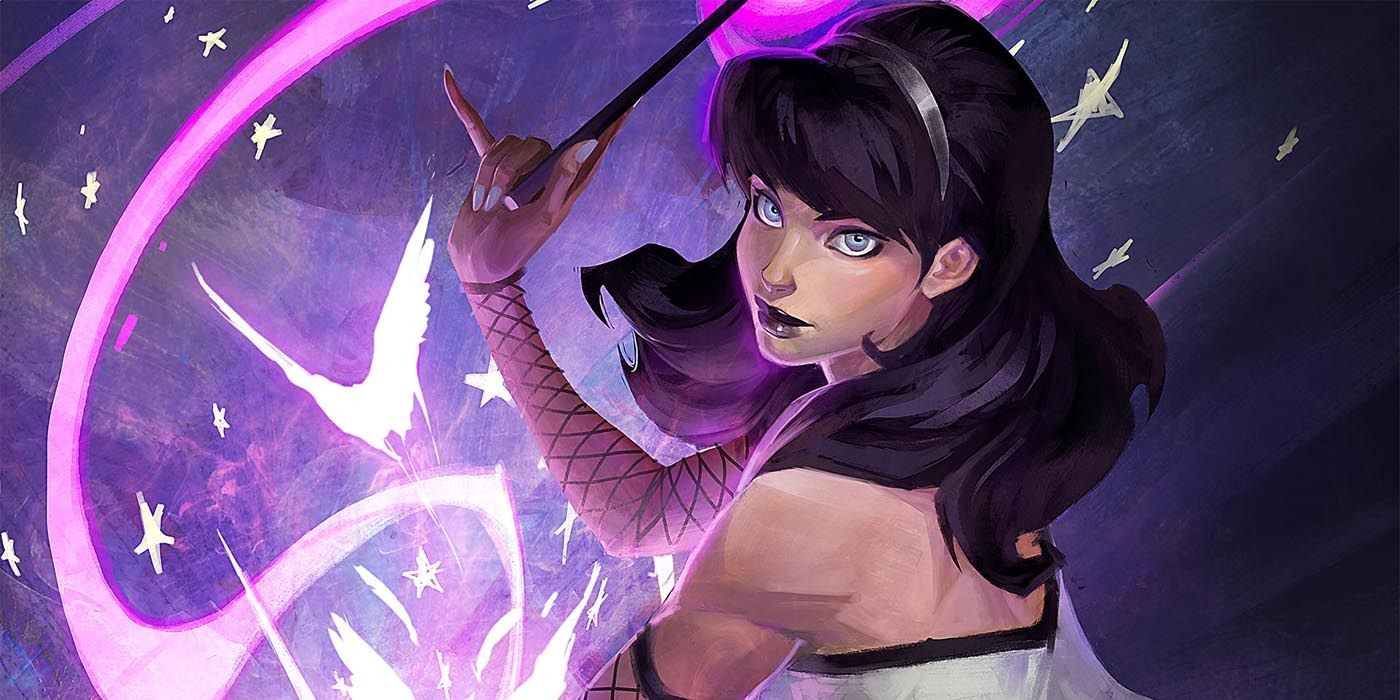 One of the most powerful sorcerers in the DCU is Zatanna, recognized by her signature ability to cast spells by uttering the magical commands backward. Created by Gardner Fox and Murphy Anderson in 1964’s Hawkman #4, Zatanna has served on everything from the Justice League to the Seven Soldiers of Victory, all in defense of the DCU.

Recently, Zatanna has been battling with the dark cost of magic after being corrupted by the evil Upside Down Man, with its corrosive influence steadily chipping away at her free will and tempting her to turn against her team. In order to prevent the corruption from spreading, Zatanna has refrained from using magic whenever possible but this only proves to be a holding action. 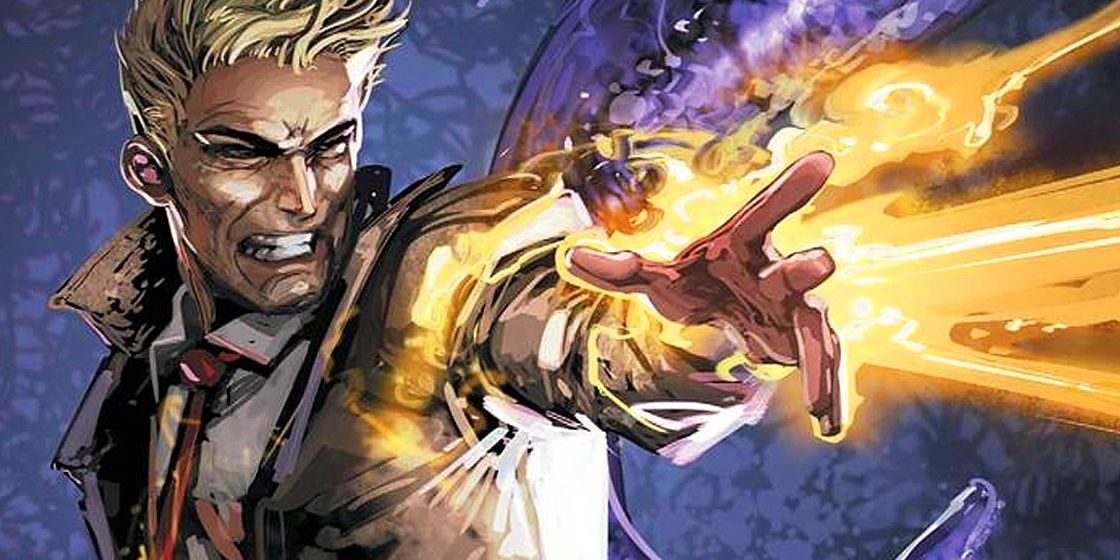 While John Constantine has often prided himself on being something of a loner and the ultimate survivor by keeping his head down when trouble comes to roost, he has paradoxically been a major figure within the Justice League Dark. Created by Alan Moore, Stephen R. Bissette, Rick Veitch, and John Totleben in 1985’s The Saga of Swamp Thing #35, Constantine has been firmly back in the DCU since the events of Brightest Day.

While initially partnering up with the Justice League Dark to reunite with his on-again/off-again lover Zatanna, being in the company of superheroes for a prolonged period has certainly had a noticeable effect on old Constantine. Recently, Constantine has demonstrated a more selfless side of himself, rather than the conceited magician and rapscallion he has carried himself as for years. 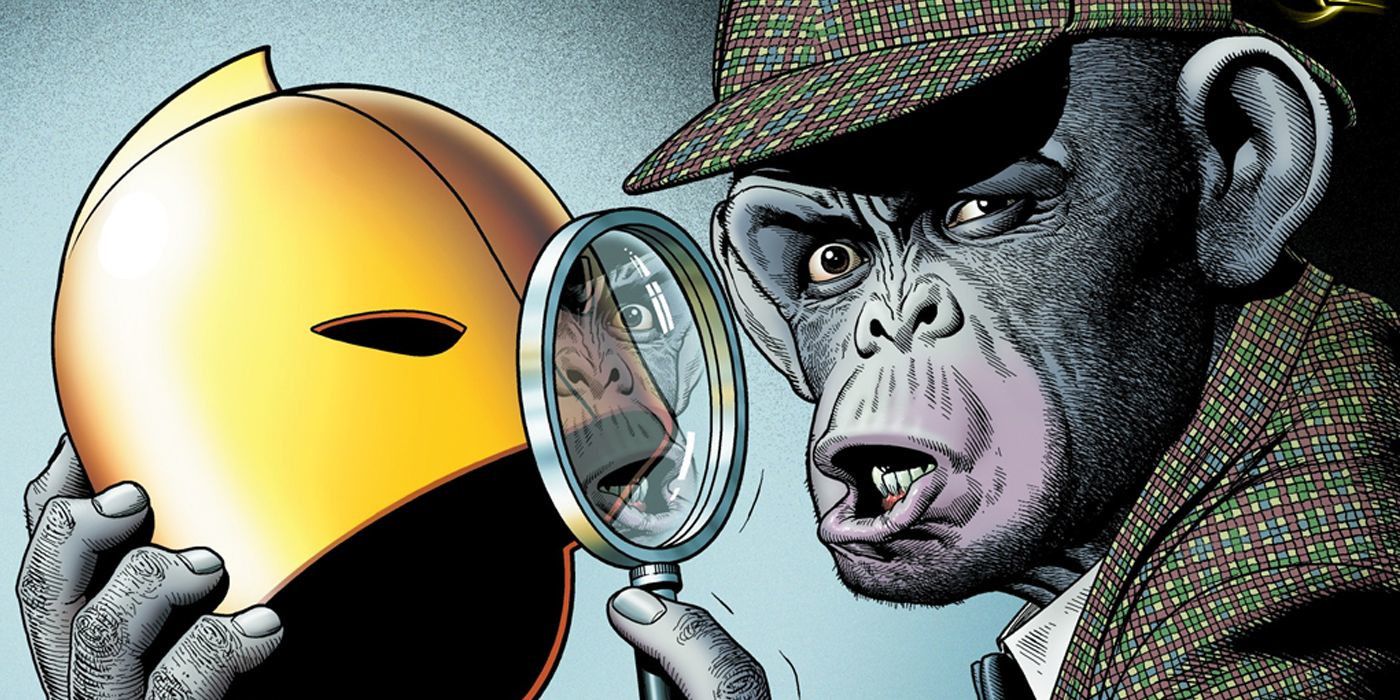 One of the smartest members of the Justice League Dark is also the most animalistic. with Detective Chimp lends his keen deduction skills towards saving the day as a steadfast fixture on the superhero team. Created by John Broome and Carmine Infantino in 1952’s Adventures of Rex the Wonder Dog #4, Chimp was a one-note gimmick that became a full-fledged hero.

The recent crossover event Dark Nights: Death Metal revealed just how tragic Detective Chimp’s life could get, after losing his best friend Nightmaster to invaders from the Dark Multiverse. Since then, Chimp inherited his old friend’s Oblivion Bar and wields his old mythical sword to vanquish the forces of darkness. 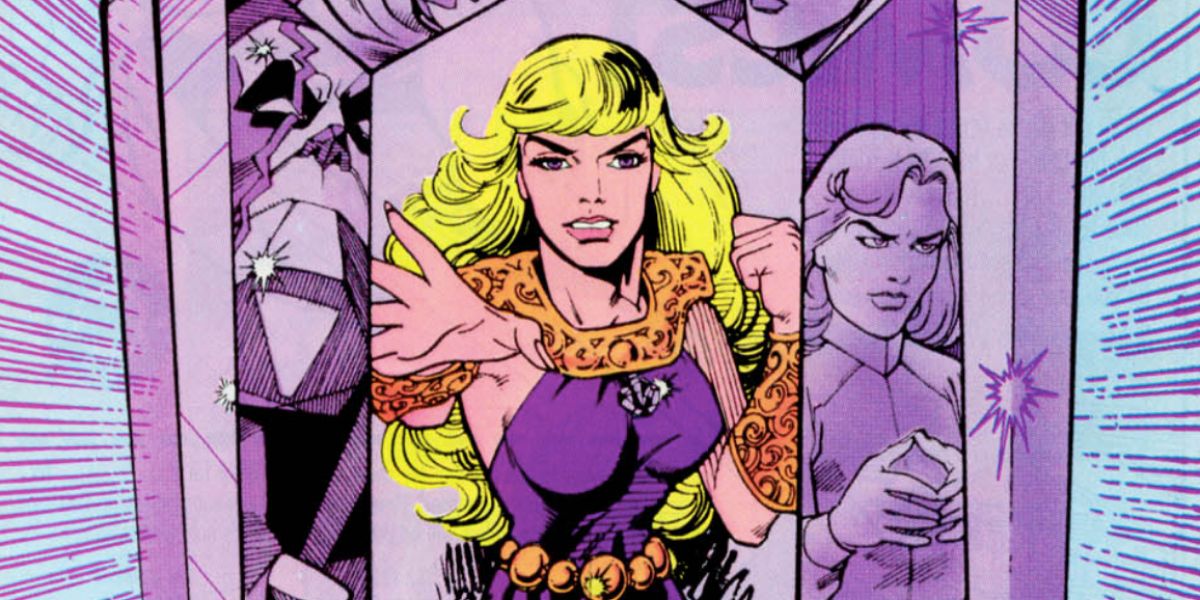 Amy Winston was an orphaned teenage girl who discovered that she was the long-lost Princess Amethyst from the secret magical realm of Gemworld. Introduced in 1983’s Legion of Super-Heroes #298, Amethyst has gone on to become her own fantasy hero while occasionally teaming up with her fellow teenage superheroes on Young Justice.

In order to take refuge from Eclipso and the villain’s corrupting influence in the DCU, Fate guides The Flash to Gemworld where the heroes find Princess Amethyst and the majority of Justice League Dark waiting for them, ready to plan their next move together. 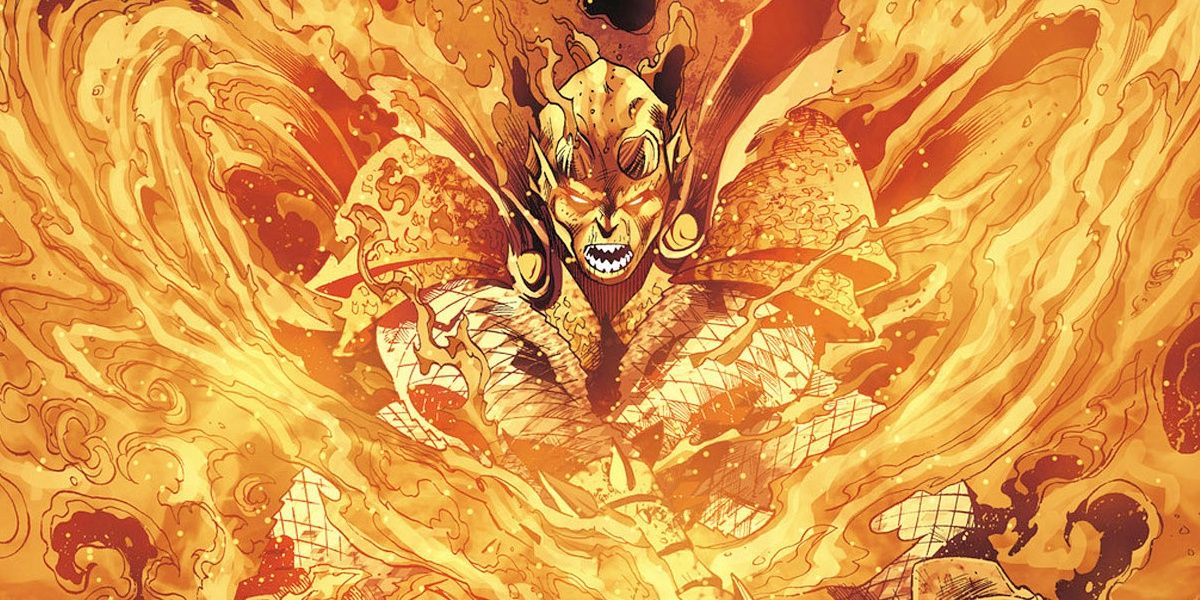 Etrigan the Demon has been a staple in the DCU ever since medieval times and was introduced in 1972’s The Demon #1 by Jack Kirby. Speaking in rhyme and able to breathe fire, Etrigan is usually around whenever magical mischief is afoot, ready to help the heroes.

Jason Blood’s longtime associate Randhir Singh has recently been reintroduced, now featuring upgraded psionic abilities while the origins of Etrigan being promoted in Hell to become a rhyming demon were revealed in The Sandman/Locke & Key crossover miniseries.

RELATED: The Flash Confirms How Wally West Is More Powerful Than Superman 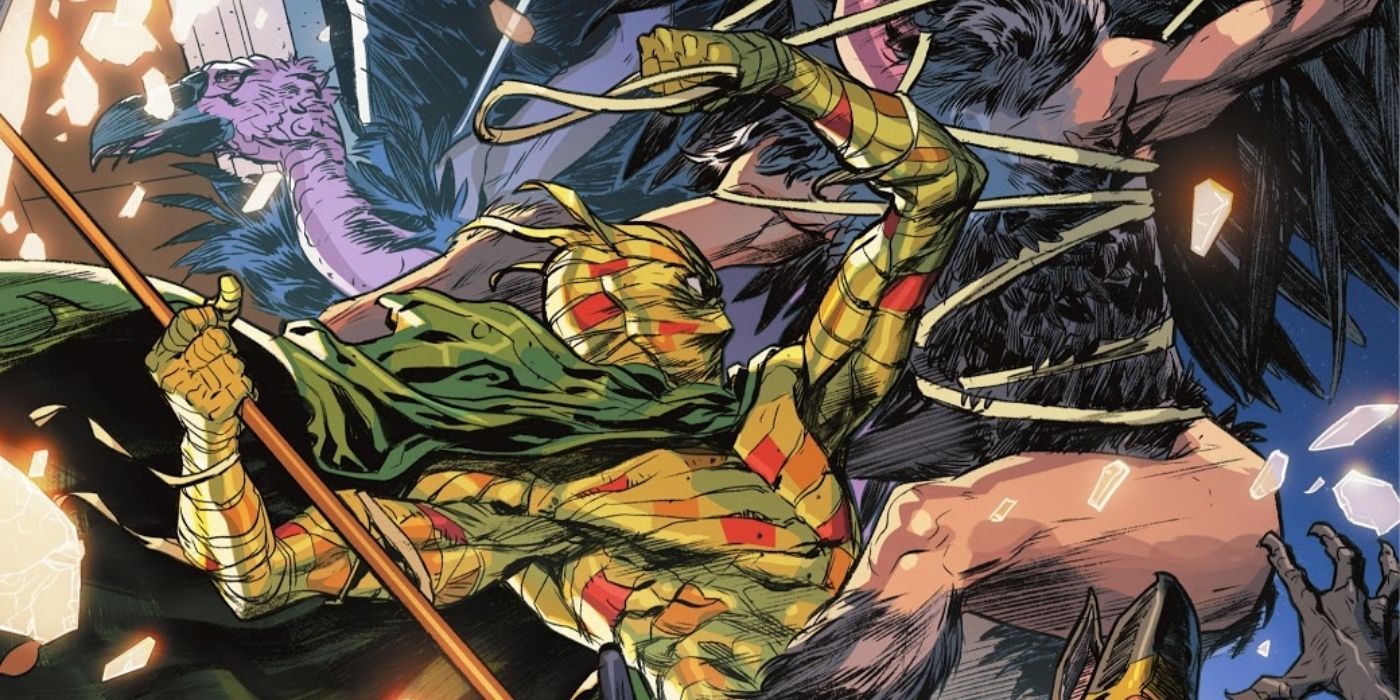 One of the strangest superheroes of them all is Ragman, created by Robert Kanigher and Joe Kubert in 1976’s Ragman #1. Wearing a magical suit powered by corrupted souls, Rory Regan has a whole list of abilities at his disposal that make him superhuman and has used his powers against Eclipso before.

While Ragman is one of the Justice League Dark’s more recent recruits, a similar hero has begun their superhero training at Teen Titans Academy, with Stitch, a sentient conglomeration of mystical clothes similar to Ragman that has become one of the school’s more popular students.

Red Sonja Holiday Special 2021 Is a Thrilling, Yet Introspective Ride

Will Forte Weighs in on The Last Man on Earth Revival