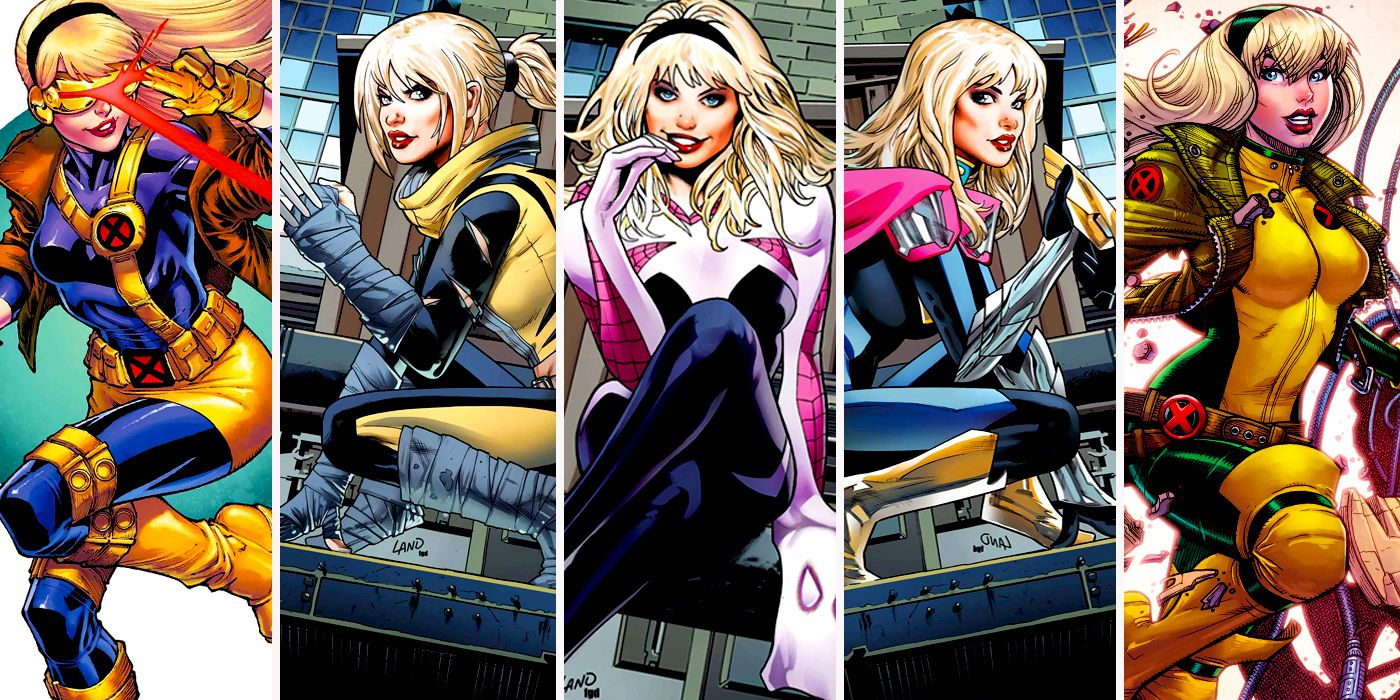 Spider-Man has had a lot of love interests over the years, but one of the most memorable and tragic is his college sweetheart Gwen Stacy. Though Gwen Stacy’s fate in the mainstream Marvel Universe might have ended in death and heartache, she’s had different variants in other universe’s that led far different lives.

The Ultimate Marvel Universe, for example, had its own version of Gwen Stacy, who outlived Peter Parker, while the now iconic world of Spider-Gwen turned her into a hero in her own right. These are easily Gwen’s most famous forms, and they’ve all three made huge impacts on comics. Here’s a look at the original Gwen Stacy and her other two prominent versions.

RELATED: Venom Sets Up Eddie Brock for a Massive Betrayal 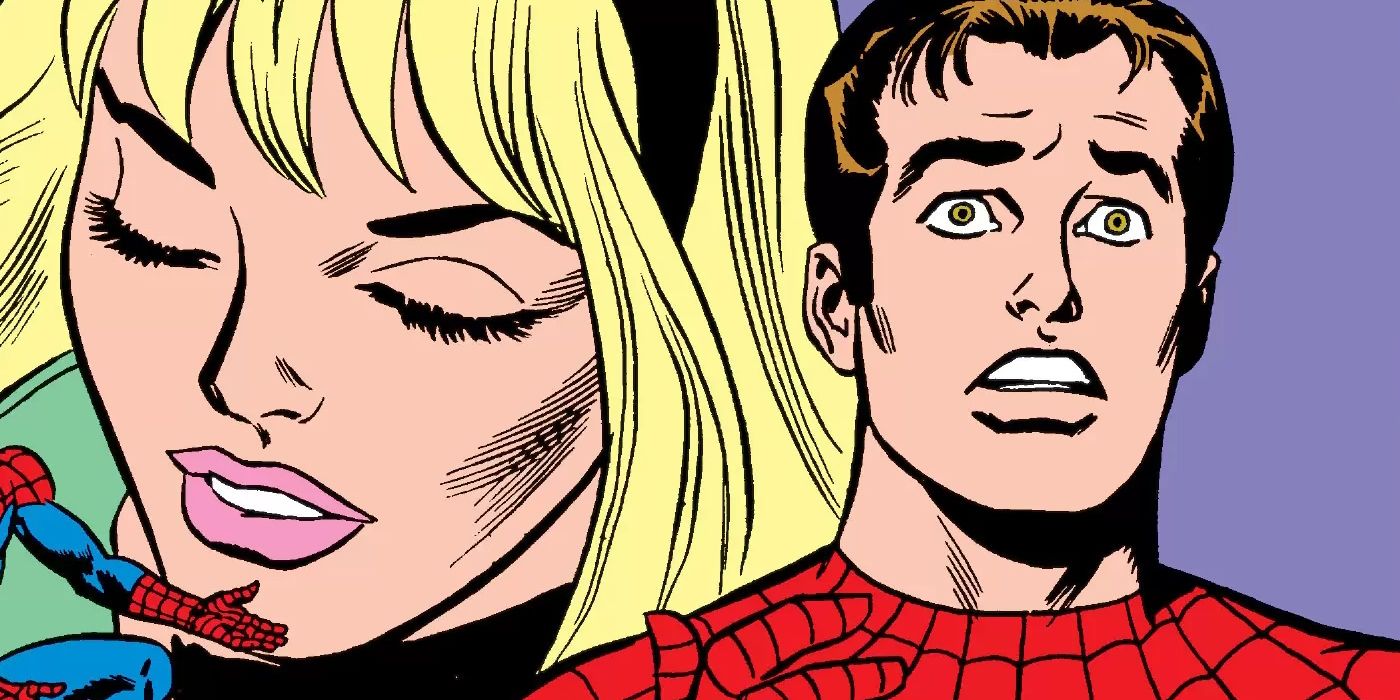 Created by Stan Lee and Steve Ditko, Gwen Stacy first appeared in The Amazing Spider-Man #31 during the college years of Peter Parker’s life. She was a sort of girl-next-door archetype who was also fond of science, like Peter, contrasting her with the party-girl persona of Mary Jane Watson. She had dated some of Peter’s other classmates beforehand, but eventually developed a relationship with him when he began to appreciate her more.

Unfortunately, their relationship began to struggle following the death of her father Captain George Stacy, with Gwen blaming the event on Spider-Man (who she didn’t know was actually Peter). This kept Peter from proposing to her, and her eventual return from Europe wasn’t quite the happy-ending the couple wanted. Instead, she was killed by the Green Goblin in a now iconic storyline, with Gwen’s death haunting Peter for years.

Gwen being killed off was to help make way for Mary Jane to be Peter’s love interest again, as she had always been far more popular with readers than the more “boring” Gwen Stacy. This typical version of Gwen would inspire her interpretations in outside media however, such as in the movie Spider-Man 3, The Amazing Spider-Man 1 & 2 and the Spectacular Spider-Man cartoon.

RELATED: How Morbius Evolved from Spider-Man Villain to a Marvel Movie Hero 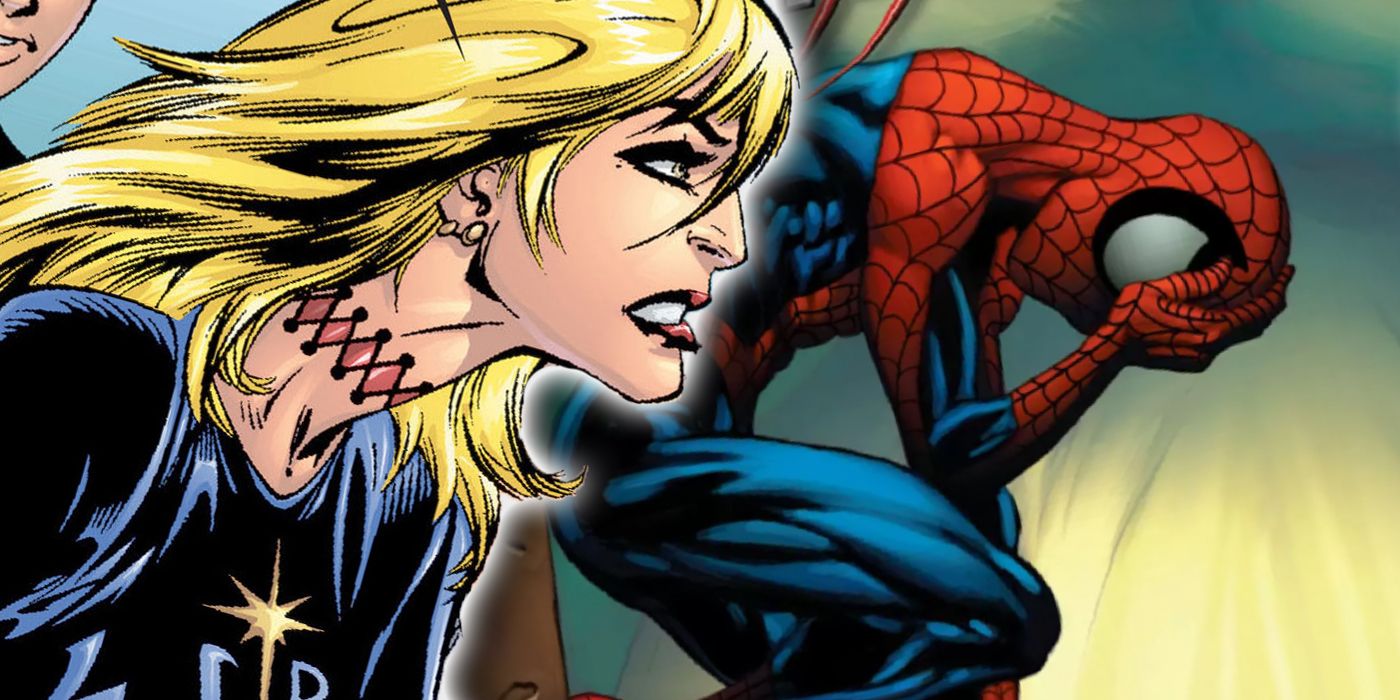 The version of Gwen Stacy from the Ultimate Universe was something of a reversal of the original, with her punk rock clothing style and behavior a stark contrast to the nice girl of the 616 Universe. There are some definite similarities, however, with her father (in this universe named John) being killed by a Spider-Man impostor and Gwen subsequently blaming the real deal. This sees Gwen (who’s still high school age here) being taken in by Aunt May and living with Peter.

Gwen died at the hands of the evil Ultimate Carnage, but the creature would later take on her visage and wreak havoc on Peter’s life. After some therapy, it’s reconciled that this is new Carnage Gwen is the genuine article, who then tries to rebuild her life. She temporarily relocates to Europe (in homage to the main universe) following Peter’s temporary death, but upon the emergence of a new Spider-Man and Peter’s resurrection, she returns to New York.

RELATED: How Spider-Man Created Marvel’s Weirdest ’90s Superhero Team – and Why They’re Back Perhaps the coolest Gwen yet is an alternate universe version known, originally, as Spider-Woman. Known in marketing material as “Spider-Gwen” as well as Ghost Spider, this incarnation becomes the Spider-Man equivalent of her world. In a sort of nod to the Ultimate Universe, Gwen is a member of the Mary Janes, a rock band made up of her and her friends, which include Mary Jane Watson.

Her best friend is Peter Parker, who’s bullied and made fun of at school. Instead of Peter, Gwen is the one bitten by a radioactive spider and given powers, while Peter becomes the Lizard in an attempt to get back at his bullies. He dies from the altercation, inspiring Gwen to use her powers for good. Unfortunately, she’s blamed for his death, gaining the ire of the public and her own police officer father.

Spider-Gwen has made several appearances in the 616 Universe, as well as outside of the comics. The most prominent of these has been the movie Spider-Man: Into the Spider-Verse, where she’s voiced by Hailee Steinfeld and has a story exactly like the Spider-Gwen comics. She also has a starring role in the recent younger audiences cartoon Spidey and his Amazing Friends, cementing this super-powered take as perhaps being Gwen Stacy’s most popular form.

RELATED: Venom: Why Marvel Has Two Symbiote Heroes – and What Makes Them Different 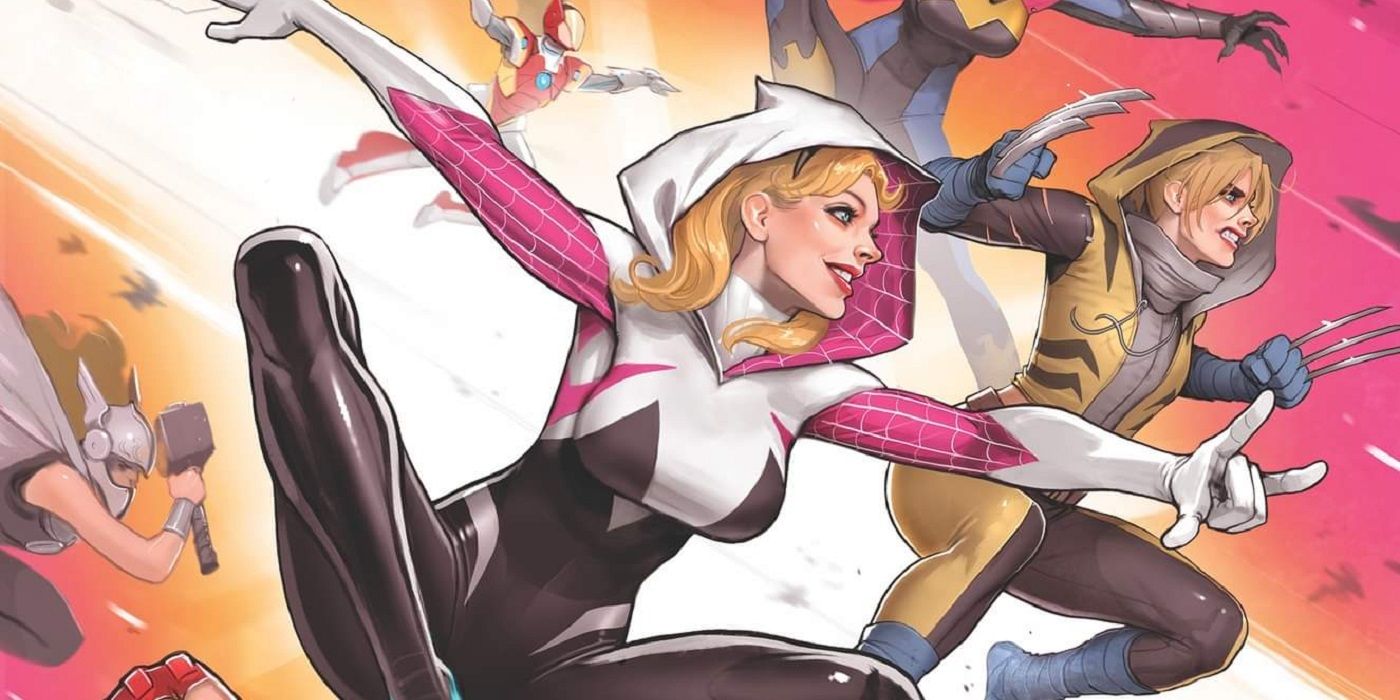 There are other, less prominent versions of Gwen in the multiverse. For instance, the recent Heroes Reborn event recast her as the sidekick to Nighthawk, aka Nightbird. She also briefly appeared in the Age of Apocalypse world, having never been killed and instead become the bodyguard of the non-powered Donald Blake.

The Marvel Adventures line of all-ages comics presented a version very close to the mainstream comics, but with the exception that she never dies. Instead, her relationship with Peter ends due to the machinations of the psychic Emma Frost, and she later begins dating original character Carter Torino.