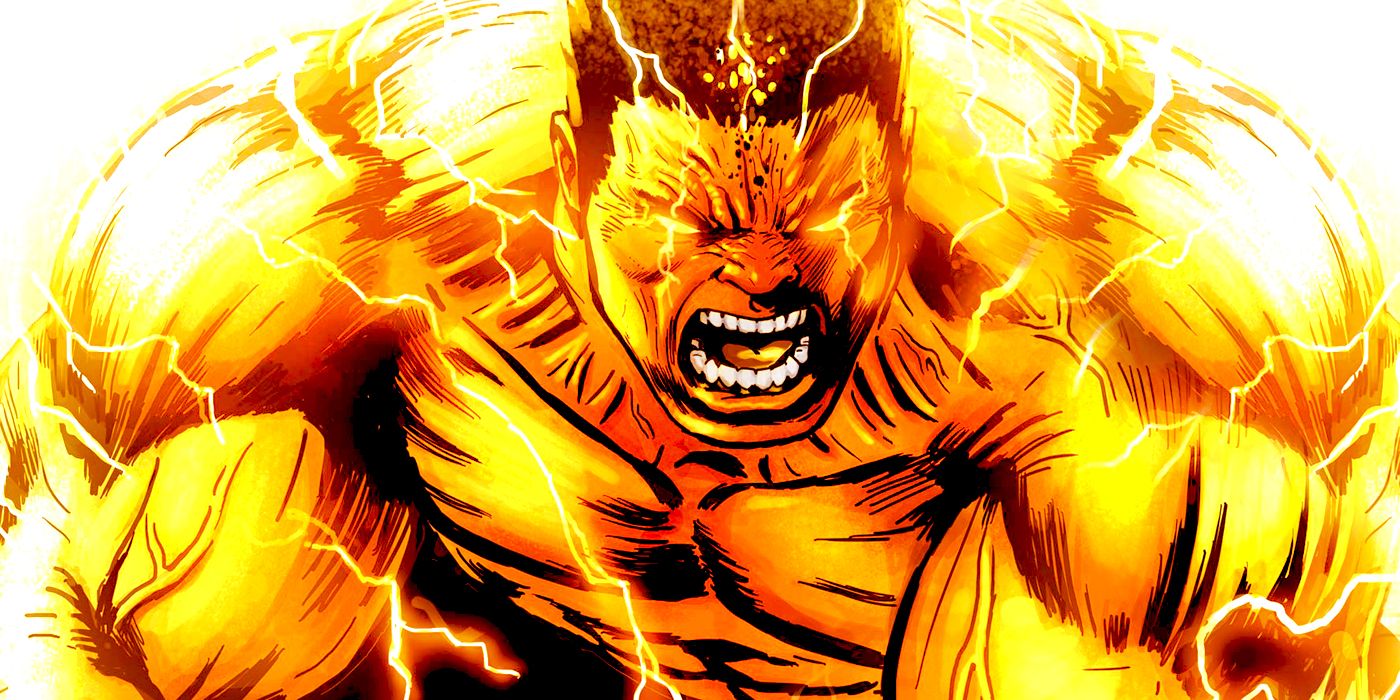 Ever since he was exposed to the Gamma radiation that turned him into the Incredible Hulk, Bruce Banner has gone through more transformations than almost any other figure in the Marvel Universe. From his first appearances as a stalking grey brute to the many fractured personalities that surfaced over the course of the recently concluded Immortal Hulk series, it seems as though the Hulk has taken on nearly every form and shade imaginable. However, there is one form of the powerful behemoth that remains more mysterious than the other incarnations: the Orange Hulk that originated in the Age of Apocalypse universe.

When Warren Worthington III abruptly began his transformation into the next Apocalypse, his teammates in X-Force elected to save him by any means necessary. Unfortunately, this required venturing into the alternate world created during the Age of Apocalypse in 2011’s Uncanny X-Force #12 (by Rick Remender and Mark Brooks). On this world, Wolverine (aka Weapon Omega) was the heir to Apocalypse’s throne, and had been tasked by the Celestials to usher in the last days of humanity. The first step in this process was to assemble a team of monstrous warriors called the Black Legion, that included a new, orange colored Hulk.

RELATED: The MCU’s Newest Wild Card Once Faced Off With the Hulk – and It Didn’t End Well 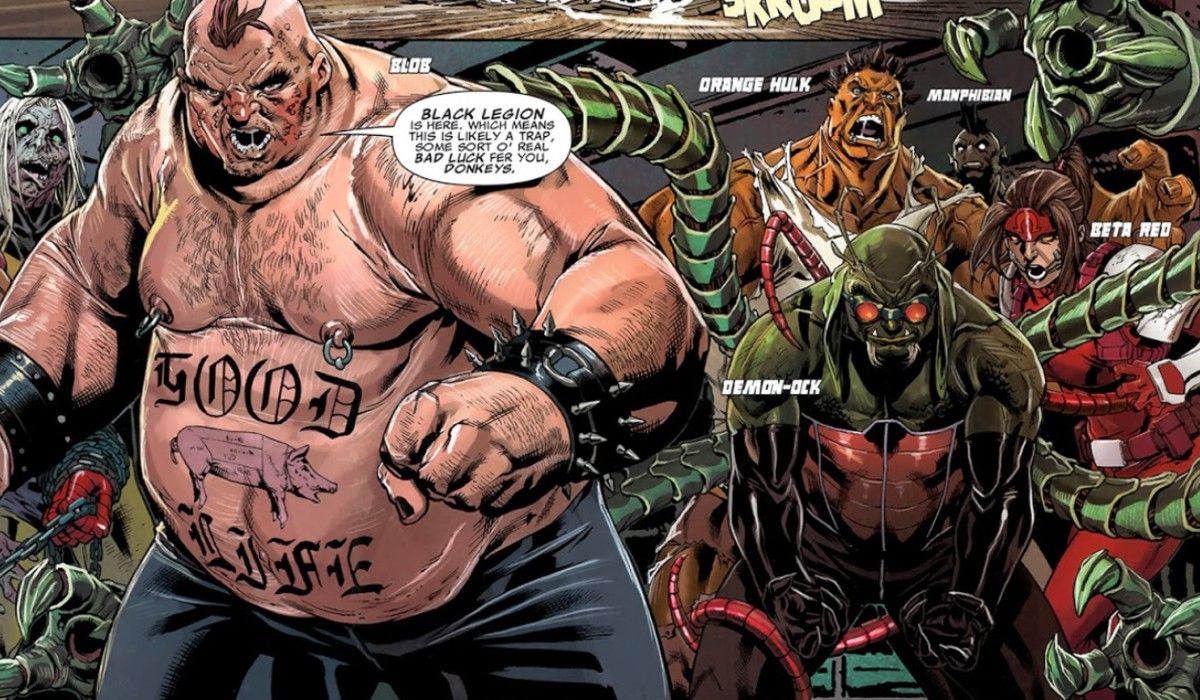 Resembling his emerald counterpart and emanating the same nearly infinite brute strength, this version of the Hulk and the Black Legion waged a vicious battle against the heroes of X-Force, albeit only for a few panels across two issues of the series. The Orange Hulk may not have gotten much of a chance to shine in the battle with X-Force, but that wasn’t the last time the behemoth would be seen.

Uncanny X-Force #19.1 (by Rick Remender and Billy Tan) saw the Black Legion launch a vicious assault on the X-Terminated, William Stryker’s band of freedom fighters, with the Orange Hulk leading the charge. Referring to himself in classic third-person as the Solar Hulk, it would appear this version of the character was created after being bombarded with solar radiation, as opposed to the Gamma radiation responsible for the creation of his mainstream counterpart. This also makes this version of the Hulk stronger during the day than at night, which calls back to the classic era in which his transformation was triggered by nightfall rather than rage, but in reverse, of course.

The question of how this could have happened in the first place is, like so many other things about the Orange Hulk, unanswered, though there is good reason to believe it wasn’t by accident. Among the ranks of Apocalypse’s followers were Dark Beast and the Sugar Man, two mad scientists responsible for the creation of several of that world’s super-beings by way of horrible genetic experiments. Considering the fact that the Bruce Banner of the Age of Apocalypse was known as the Thing in his world, not to mention his death years prior to the villain’s first appearance, whoever became the Solar Hulk likely didn’t know precisely what they were in for… if they had a say in the process to begin with.

RELATED: EXCLUSIVE: Marvel Reveals Hulk May Have Been Protecting Us From [SPOILER] 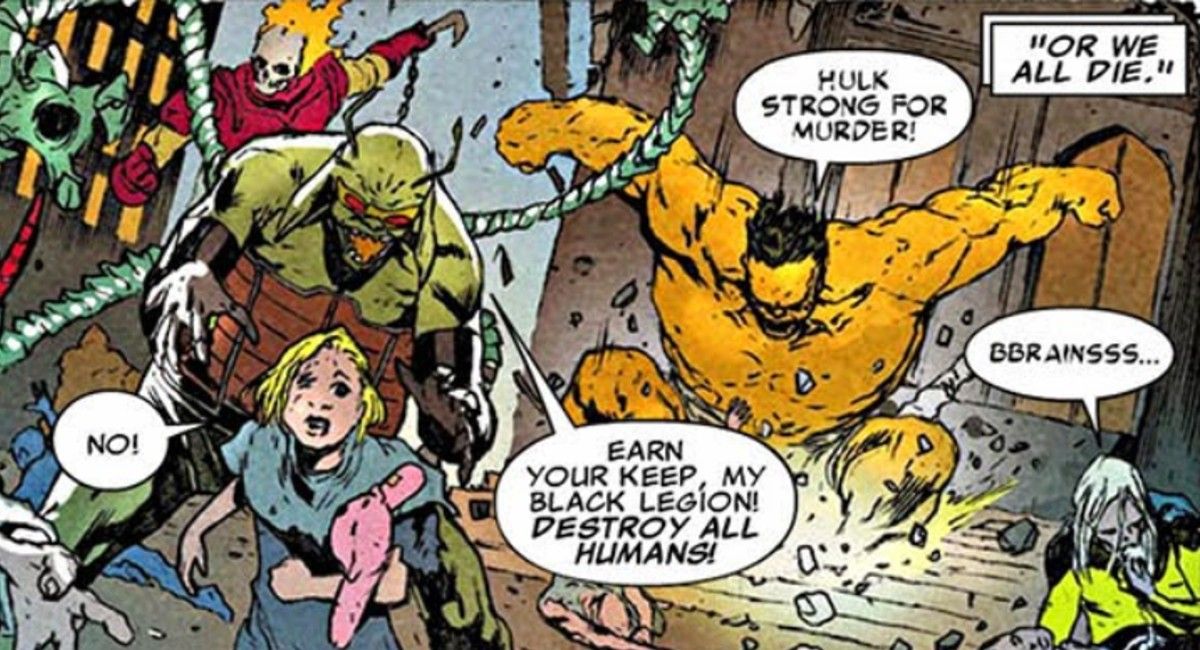 It’s unfortunate that the Orange Hulk has seen so little time on the comic book page, although that isn’t especially surprising. The Age of Apocalypse has always been filled with more stories than could ever be told and more questions than could ever be answered, especially now that it has been relegated to being sealed away from the rest of the Multiverse.

Thankfully, there are still a number of Hulks existing in the primary Marvel universe, even if none of them are bright orange or solar powered for the time being.