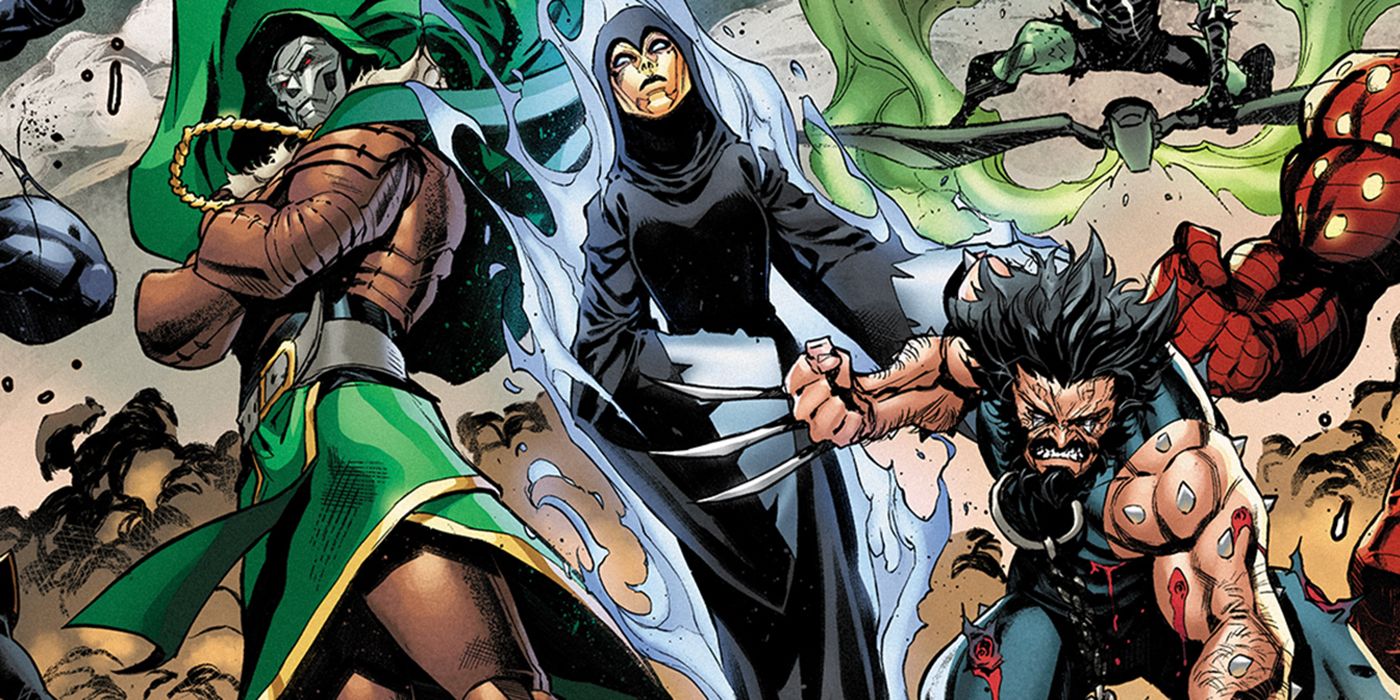 Villains teaming up to take on the Avengers is nothing new for “Earth’s Mightiest Heroes” but their newest adversaries might prove to be their downfall. Created from fusing aspects of different heroes and villains, each of the members of the new Masters of Evil is one of the most powerful characters across the Marvel multiverse. This new group of villains has been massacring different versions of the Avengers across space and time—and they’ve defeated all of them except for the Avengers from Earth-616.

Avengers #50 (by Jason Aaron and others) revealed how the team’s biggest threat was born from a contract between Mephisto and Doom Supreme. After watching the Avengers 1,000,000 BC  defeat Kid Thanos, Doom Supreme was approached by a disguised Mephisto. The devil described how he’d seen the Avengers defeat every villain they faced. Having attempted to defeat them himself, the Lord of Hell proposed that they build a team of super powered beings of their own who could rid the world of the Avengers once and for all. Doom Supreme agreed with Mephisto’s proposition and scoured the multiverse for his hand-picked multiversal Masters of Evil.

Related: How Marvel’s Strongest Avenger Got Destroyed by the MCU’s Best Fighter 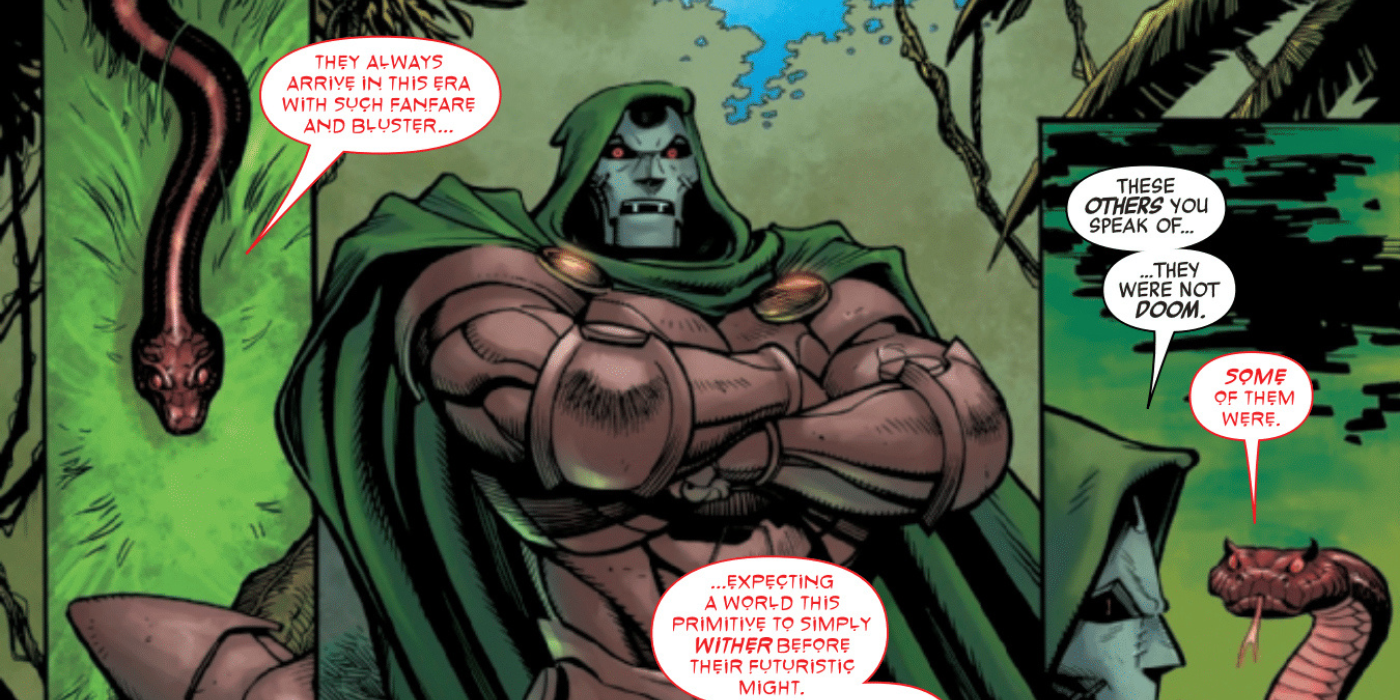 Doom Supreme is a version of Doctor Doom who ascended to the rank of Sorcerer Supreme that is typically held by Doctor Strange. Interestingly, the villain calls himself Doom Above All, hinting that he possibly defeated the One Above All or might be on a similar power level. The Dark Phoenix hides her true identity behind a shining gold mask with a dark robe but given her name, she clearly has the abilities of the corrupted Phoenix Force.

She travels with a pet Berserker, a feral Wolverine with adamantium jutting out of his arms with a chain leash around his neck. He bears a striking resemblance to the Hounds from the classic X-Men story “Days of Future Past.” Kid Thanos, the first member seen at the start of the issue, is a young version of Thanos who was plucked from his timeline before he became the Mad Titan. Similar to how Kang the Conqueror travels through time, the young Thanos travels through the multiverse with an army of robots, a hoverboard and a giant gun looking to kill every living being.

Wearing red armor similar to the Destroyer and carrying a vibranium-tipped spear, King Killmonger managed to conquer both Asgard and Wakanda. Given that he defeated two of the most advanced civilizations of his Earth, he likely has a wild combination of technologies at his disposal. Norman Osborn, the Ghost Goblin, is a synthesis of the Green Goblin and Robbie Reyes’s Ghost Rider. Instead of using the Goblin’s typical exploding pumpkins, he carries a bag filled with the flaming skulls of all the Ghost Riders he’s killed. Johan Schmidt, the Black Skull fuses the Red Skull with the Venom symbiote and he comes from the Counter-Earth of “Heroes Reborn.” 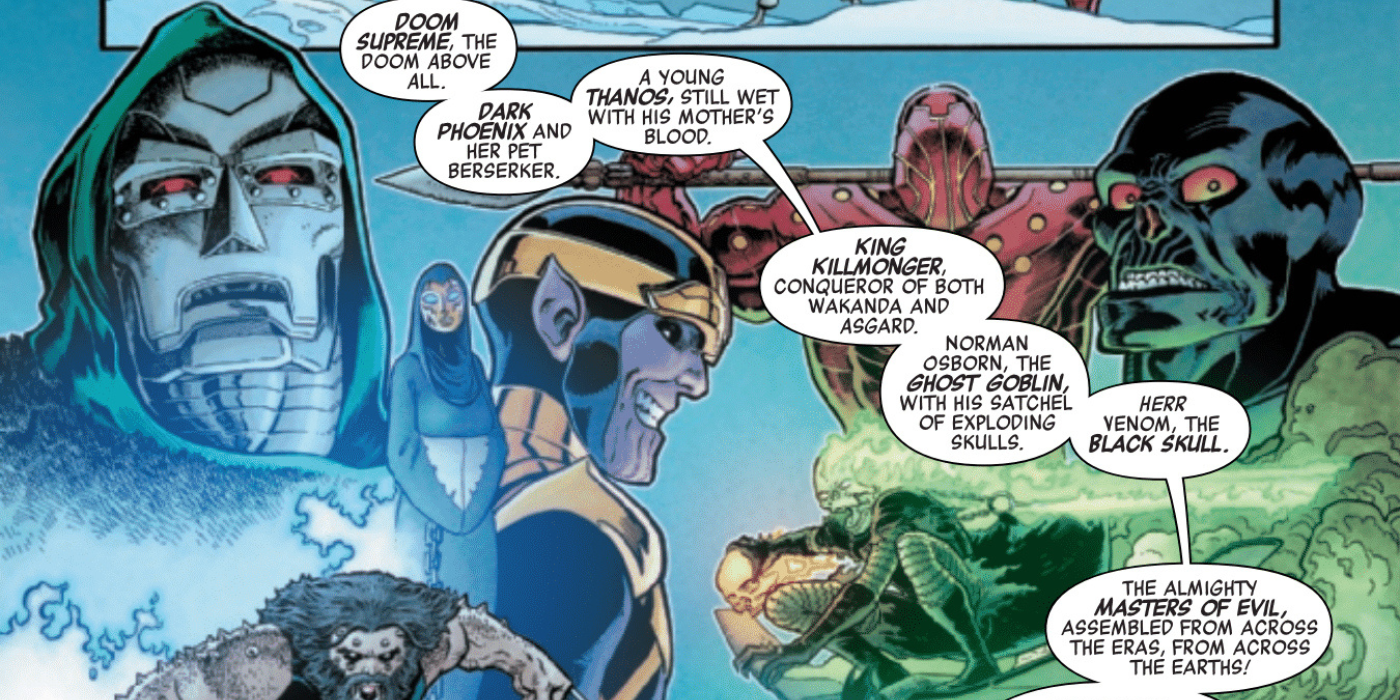 First debuting in Free Comic Book Day 2021 Avengers/Hulk #1, the Masters of Evil destroyed countless universes by traveling to the past of each respective universe and causing temporal cataclysms that transformed them into barren wastelands. They were systematically killing universes and the Deathloks that came to defend them until only one remained.

By the end of Avengers #50, it is revealed that they seemingly managed to destroy every version of the Avengers except for the ones from Earth-616 and they teleported to Avengers Mountain to finish their massacre. The Masters of Evil have already proven they’re powerful enough to defeat Earth’s Mightiest Heroes, and only time will tell if this confrontation will end any differently.

KEEP READING: How Did Marvel Redeem Its Worst Avenger?