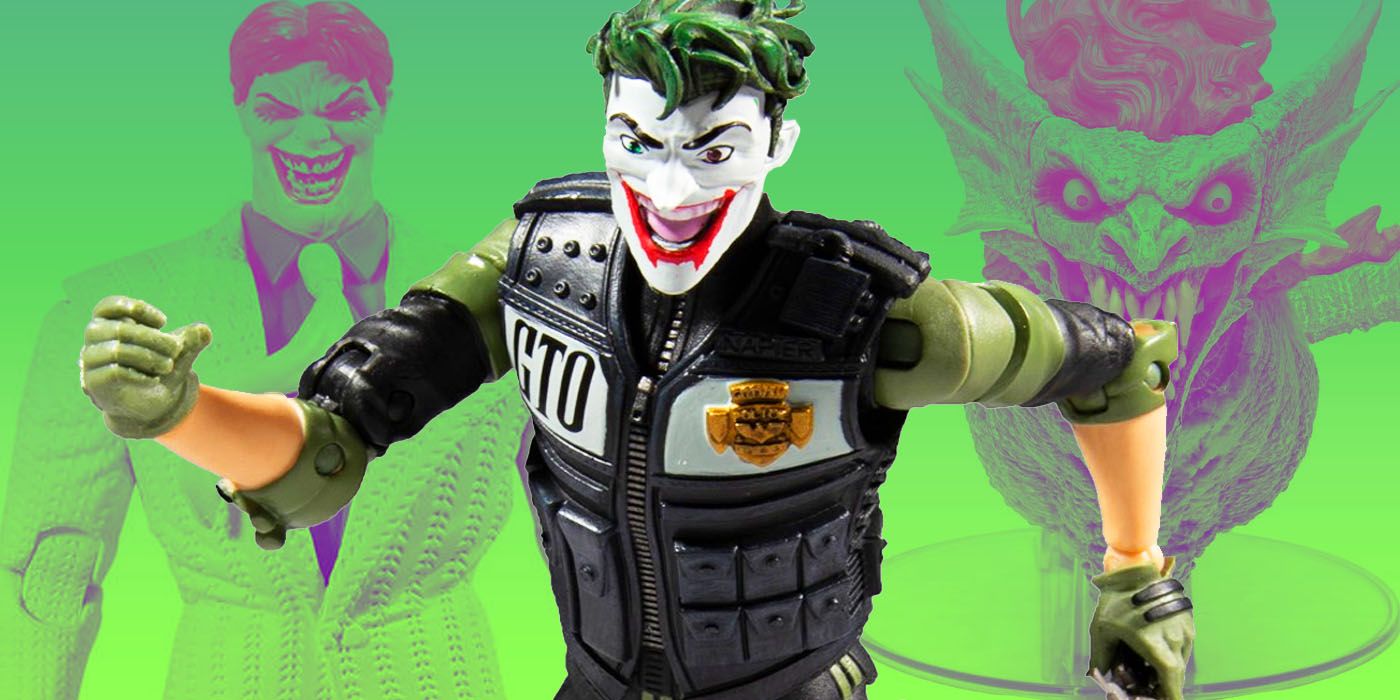 Since taking over the DC Multiverse toy line in 2020, McFarlane Toys offerings have lived up to that moniker. The house that Spawn built has produced figures from every corner of DC’s media empire. That runs the gamut from comic shop-friendly figures like Damian Wayne in his brand-new costume to figures based on The Batman that can be found in big box stores across the country. The man the company is named after, legendary comic book artist Todd McFarlane, has even put his own spin on characters like Batman and Wonder Woman.

While McFarlane Toys hasn’t omitted relatively obscure characters like Etrigan and Lobo, the bigger DC Icons are understandably well represented. That means multiple Batman and Superman variants to capture their many different incarnations. DC’s most iconic villain is well represented, too. With so many Joker figures fighting for space on your shelf, here are three standouts to start your Crown Prince of Crime collection with, based on the criteria of design, comic book accuracy and availability. That last criterion disqualifies the best of the Three Jokers figures, the Comedian Joker. 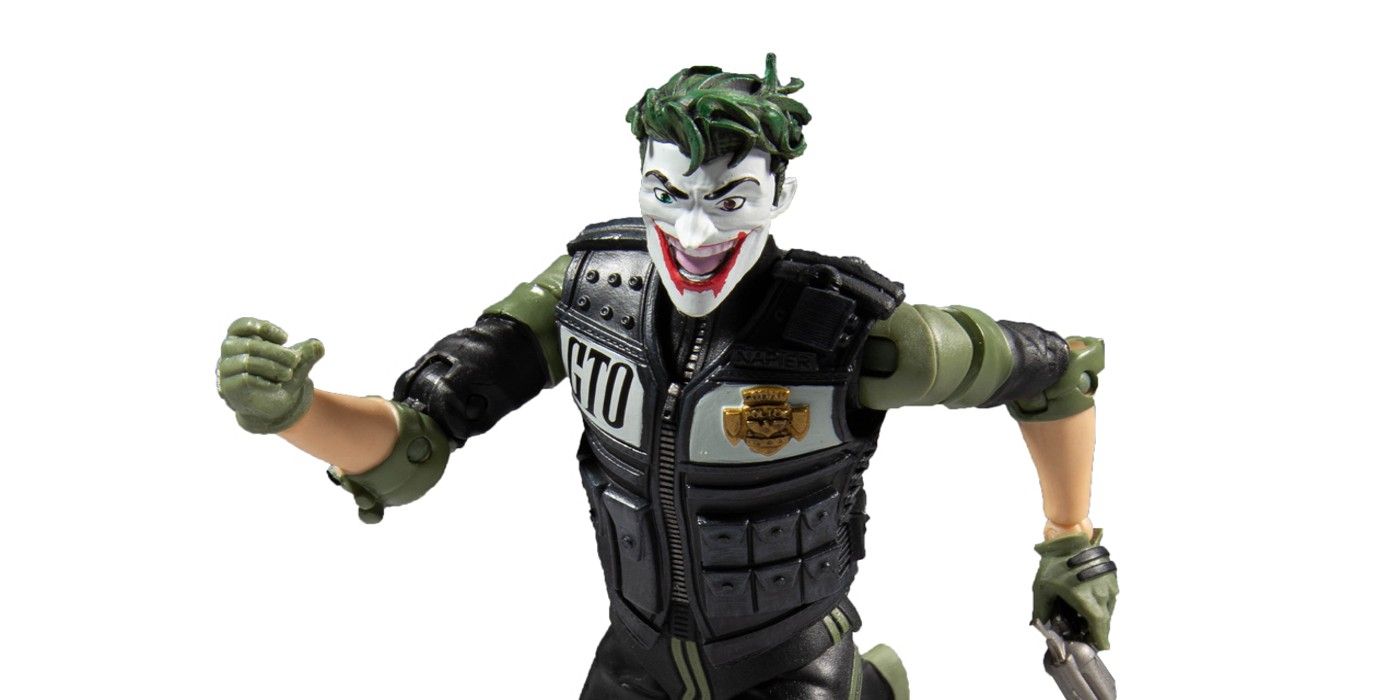 One of the best Joker figures McFarlane Toys have produced is, unexpectedly, from a rare story that casts him as a hero. Stepping straight out of Sean Gordon Murphy’s influential Batman: White Knight mini-series, the figure offers Joker and Jack Napier heads, as well as a suitably stylized gun. It’s a nod to the character’s tragic fate of reverting to his darker self at the end of the series. It also offers heroic and villainous options for display.

The Joker head is especially striking when paired with the figure’s GCPD uniform. While it’s not a “classic” depiction of the character, it will definitely pop on a shelf with other figures. White Knight Joker can be found online at Amazon and Walmart. The prices aren’t the typical $19.99 MSRP for McFarlane figures, but they’re reasonable compared to other figures on the secondary market. 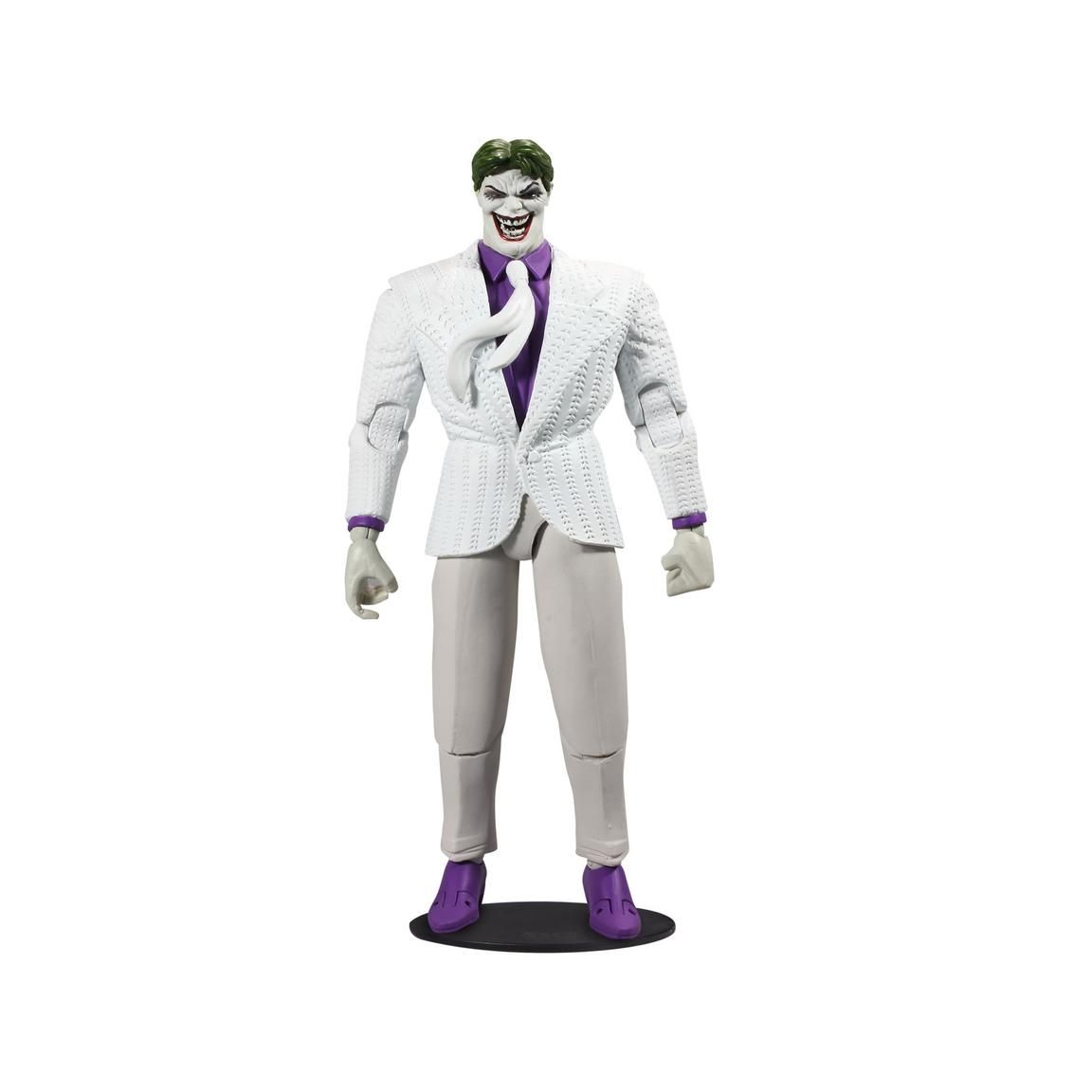 For a beefier Joker figure option, there’s McFarlane’s version of one of the character’s most iconic comic book appearances. The Joker is one of four figures based on Frank Miller, Klaus Janson and Lynn Varley’s classic The Dark Knight Returns. Miller’s grim and gritty epic featured a broad-shouldered Joker to match his massive Batman. McFarlane’s figure recreates the imposing size and rictus grin of Miller’s Joker.

McFarlane’s DKR Joker is light on accessories, offering a knife and an extra hand to brandish it with. It adds to the figure’s comic book accuracy. Miller’s Joker was low on gimmicks. He made up for it with menace, which McFarlane’s design captures perfectly. This Joker’s size will stand out among other DC figures, especially other Jokers. It’s available from multiple retailers, from big box stores like Target to e-commerce sites like Amazon and Entertainment Earth. It can also be ordered directly from McFarlane Toys. 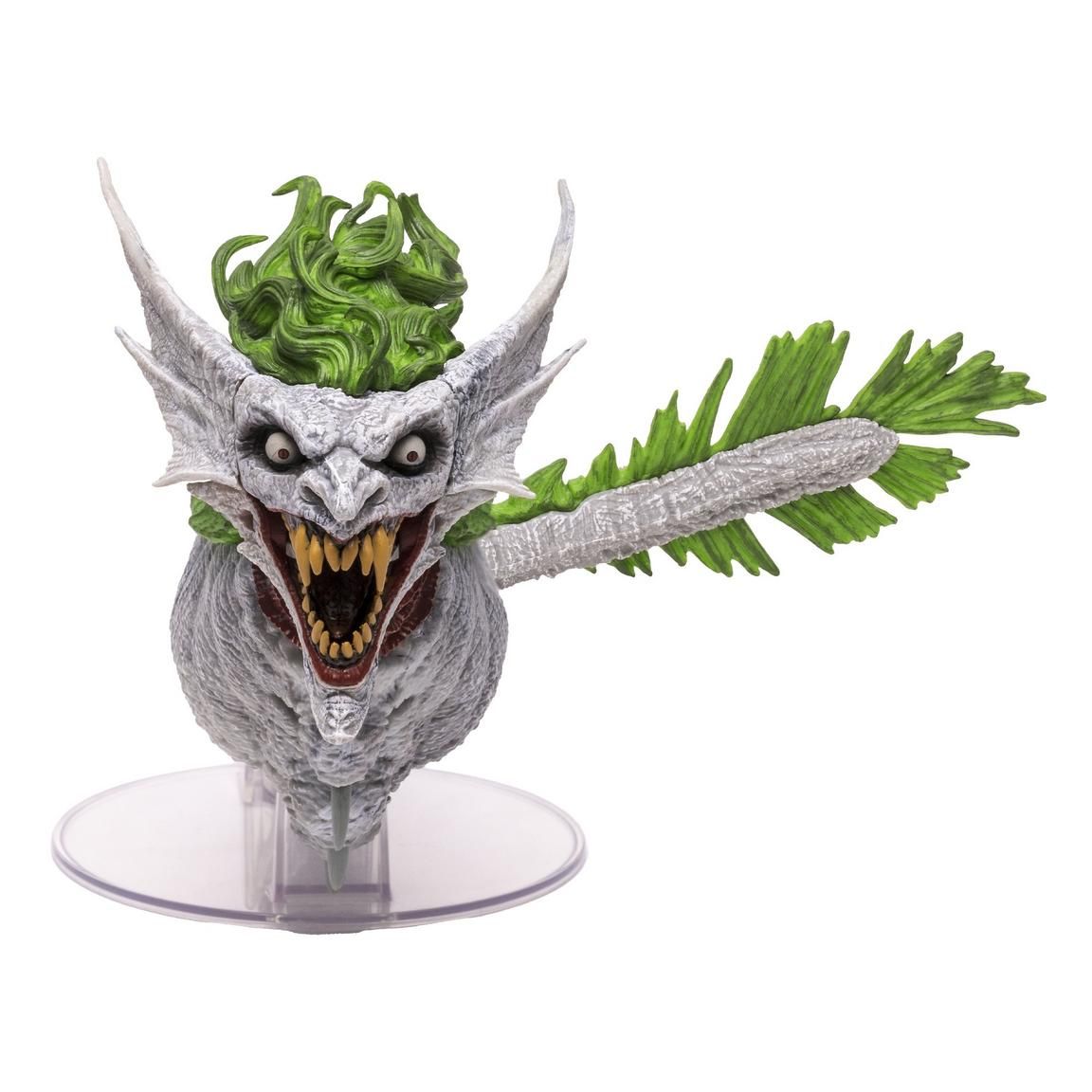 As distinct as most Jokers figures are, they’re still humanoid murder clowns. For a Joker that breaks the mold, there’s one clear choice; the Joker Dragon. Straight out of Scott Snyder and Greg Capullo’s Dark Nights: Metal event comic, The Joker Dragon features a bendable tail, movable jaw and clear base. McFarlane is excited about it, especially that “big, gnarly face.”

The Joker Dragons match the scale of the beasts The Batman Who Laughs in Metal. Because it’s a vehicle, fans can recreate the cover from Dark Nights: Metal # 6 where Batman rides one into battle. As McFarlane points out, this is truly a figure built to be displayed on a shelf and not in-box. It’s available for pre-order from a wide variety of stores, including directly from McFarlane. Toys.

KEEP READING: The Joker Deserves to Die – But it Shouldn’t be Batman that Kills Him

Magic Behind The Uncharted Cargo Scene Revealed By Director