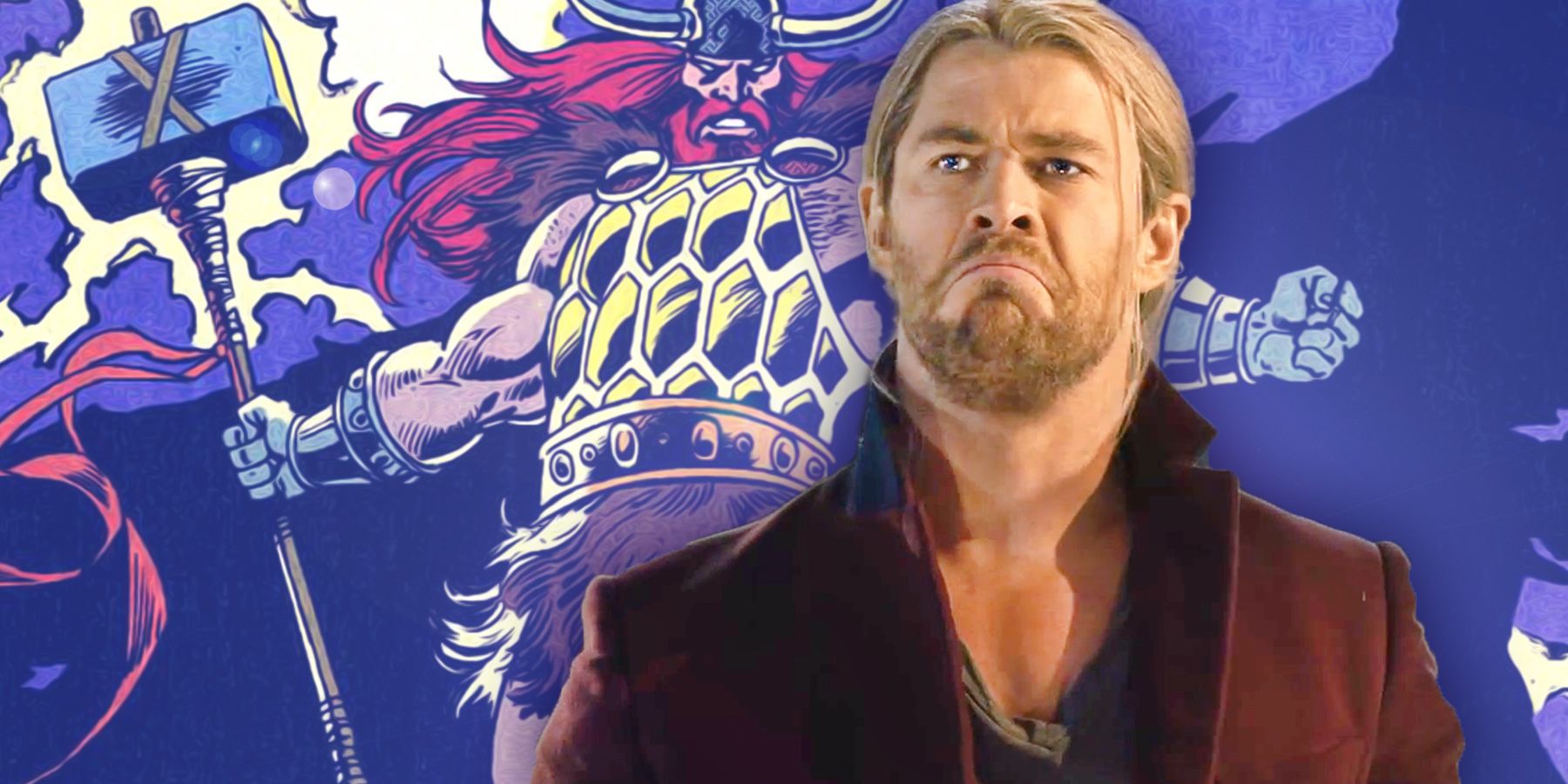 WARNING: The following contains spoilers for Thor #11 and #19, on sale now from Marvel Comics.

The Asgardians of the Marvel Universe have elevated warfare into an art form. The many legendary weapons that the people of Asgard have crafted throughout their millennia spanning history attests to this mastery. Although many of these weapons are powerful, the vast majority of them pale in comparison to the mighty Mjolnir. This enchanted hammer grants its wielder the power to command the weather, flight, and super-strength. Mjolnir’s power and reputation are so legendary that they have inspired a sizable collection of replica weapons made in the image of the original. In the MU, these replicas have been wielded by both those proven worthy to wield Mjolnir themselves and imposters who wished to claim the power of Thor.

Among these replicas is the two-handed War-Hammer of Roger “Red” Norvell, a mortal man who once became the second God of Thunder. Created from the same type of metal used to forge Mjolnir (and enchanted by Odin himself), the War-Hammer proved to be a powerful weapon that rivaled the might of its inspiration in almost every way. Roger and his War-Hammer have not been seen since Roger’s recent demise.  Though both of them could make a return in the ongoing Thor series’ “God of Hammers” story arc or even the the upcoming Thor: Love and Thunder MCU film adaptation. 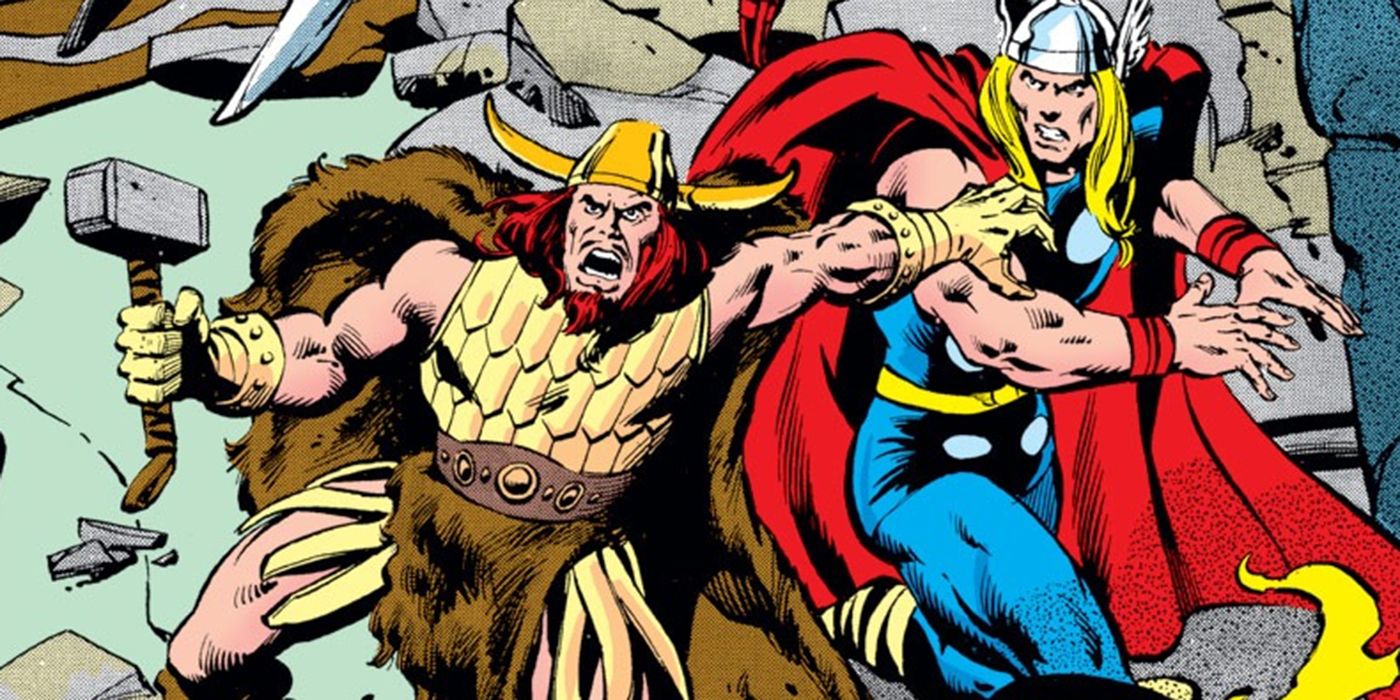 Red Norvell first appeared in Thor #273 (by Roy Thomas, John Buscema, Tom Palmer, George Roussos, and Joe Rosen) working as a cameraman under the employ of Harris Hobbs, a reporter who wanted to make a Asgard documentary. Upon falling madly in love with Lady Sif, Roger was manipulated by Loki into stealing Thor’s Belt of Strength and Iron Gloves. This made him as strong as Thor and a worthy suitor to Lady Sif. Although Roger ultimately failed, Odin allowed Roger to keep the powers of Thor and even adopted him as a son. Although Odin initially appeared to do this to punish Thor for neglecting his duties in Asgard, it is later revealed that Odin planned on sacrificing Roger to the Midgard Serpent. This betrayal of Roger would save his real son from a prophesied death at the monster’s fangs.

To complete the subterfuge, Odin forged his new “son” a two-handed Warhammer from the same Uru metal used to forge Mjolnir and enchanted it with a portion of his limitless power. Like Mjolnir, the War-Hammer could manipulate the weather, grant its wielder flight, and deliver electrically-charged strikes. However, the War-Hammer also possessed unique strengths that gave it subtle advantages over Mjolnir, including a longer reach and the added strength allowed by its two-handed design. With this additional power, Roger could hold his own against the likes of Hulk, the Absorbing Man, and Thor himself. 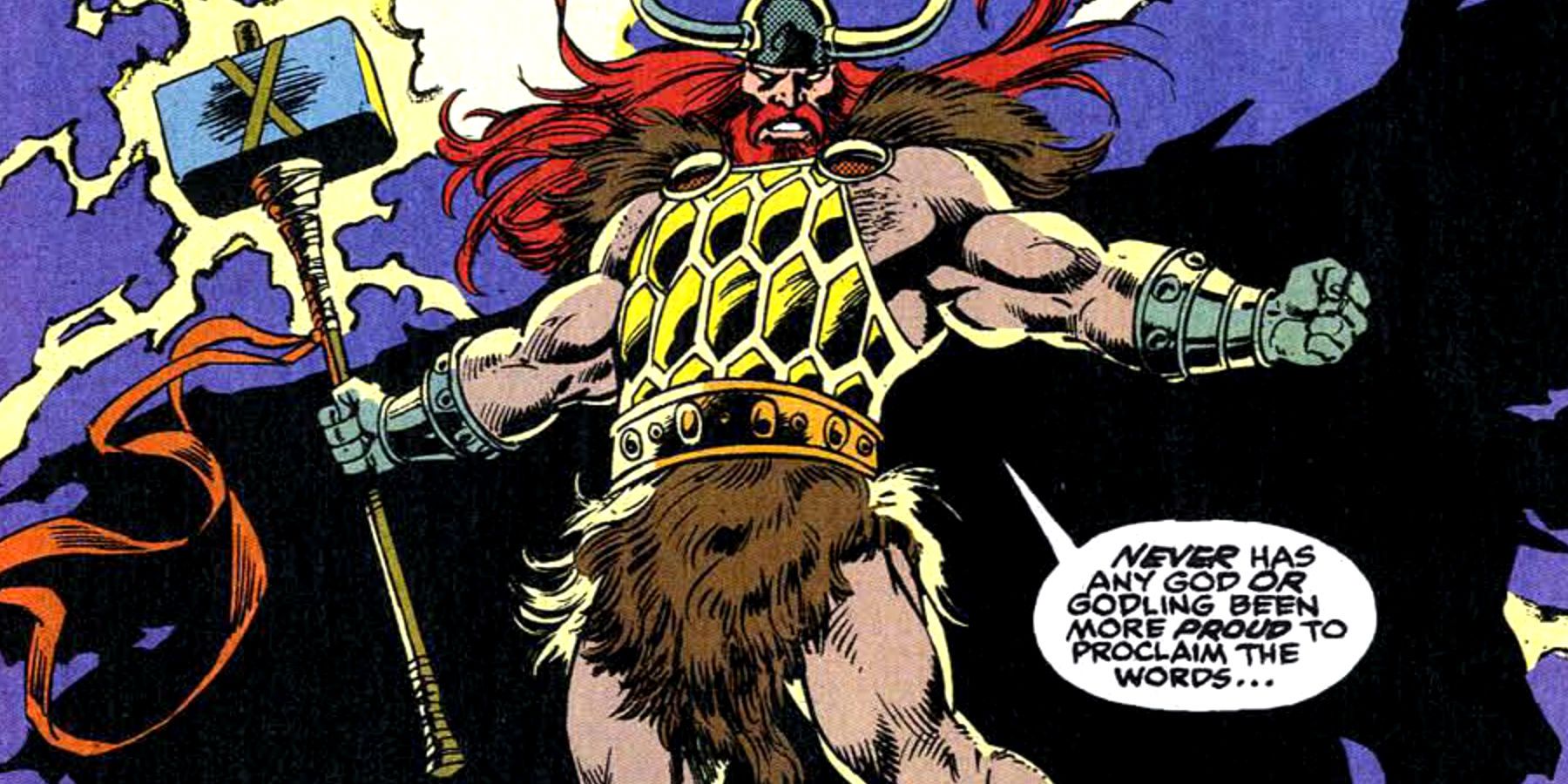 Roger would ultimately be killed by the Midgard Serpent, but he would later be revived and continued to serve Asgard. However, he was never able to win Sif’s affections, and would slowly fade into obscurity as the years went by. By the time Thor was declared All-Father in the aftermath of War of the Realms, Roger had been all but forgotten by the Asgardians. Eventually, in Thor #11 (by Donny Cates, Nic Klein, Matt Wilson, and VC’s Joe Sabino), Roger is brutally killed by Donald Blake, Thor’s renegade alter-ego, who went mad after discovering that his existence and life were nothing but fabrications created by Odin.

Roger’s Warhammer has not been seen since its owner’s demise, and its ultimate fate remains a mystery. However, there is a chance that the hammer could make a comeback under the ownership of the God of Hammers, a mysterious new villain first alluded to in Thor #19 (by Cates, Klein, Wilson, and Sabino). Even if the weapon does not return in Marvel comic book continuity, Thor: Love and Thunder’s pre-release information heavily implies that Jane Foster will wield Mjolnir. This rumored direction could create an opportunity for Roger and his hammer to make a their Marvel Cinematic Universe debut.

Like any weapon, Roger’s Warhammer has the potential to be used for good and evil, and the anti-heroic Roger used it for both during his life. Depending on who wields it, the Warhammer could become either an asset to the God of Thunder or a deadly threat to his life.