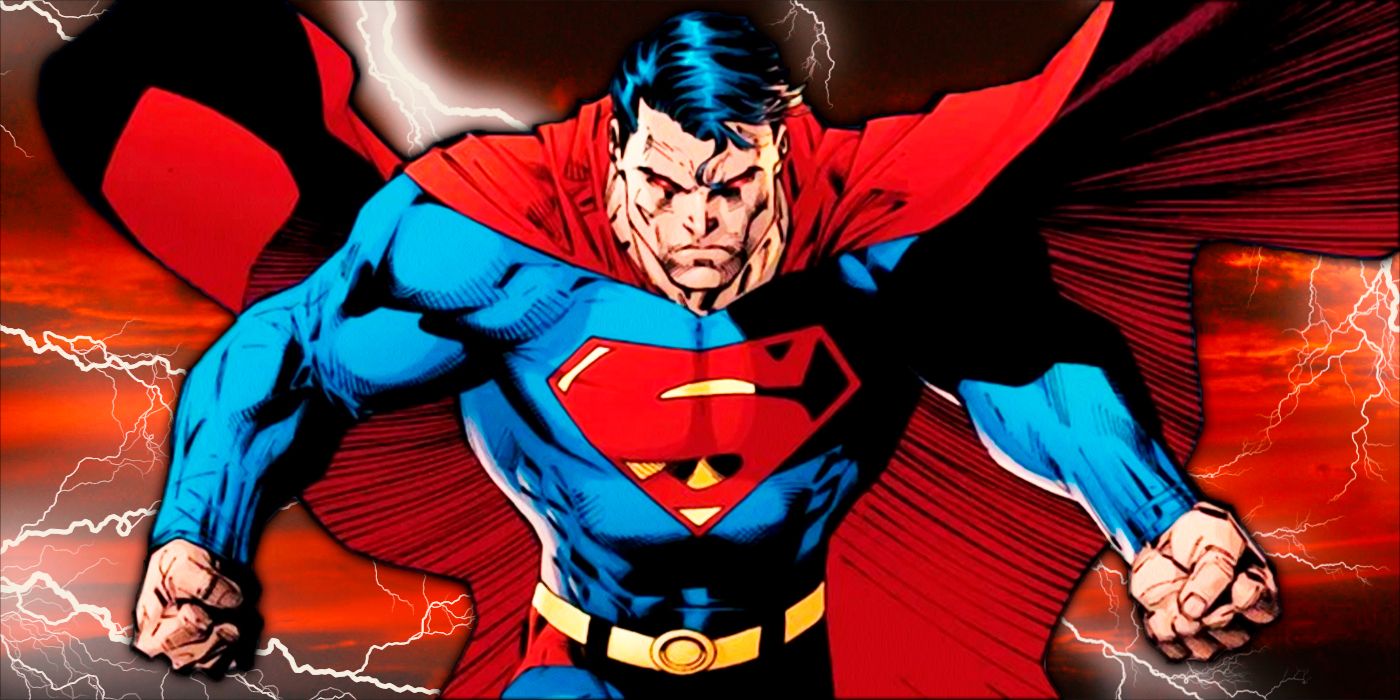 The “Evil Superman” concept is virtually everywhere in entertainment. It seems that, no matter where you look, there is some sort of twisted version of the Man of Steel, whether it’s The Boys‘ Homelander, Invincible‘s Omni-Man or the kid from Brightburn. Even DC itself has gotten in on the action, with both Superman: Red Son and the Injustice video game series. So has this idea been played out? Or are there more evil Supermen on the horizon?

Although not every morally corrupt pastiche of the Last Son of Krypton is a recent creation (Marvel’s Hyperion debuted in 1969), the vast majority emerged in the early 2000s. The Boys, by Garth Ennis and Darick Robertson, began in October 2006; Invincible, by Robert Kirkman, Cory Walker and Ryan Ottley, in January 2003; and Superman: Red Son, by Mark Millar and Dave Johnson, only a month later. Perhaps it’s because comics took a more cynical view on Superman’s “Truth, Justice and the American Way” motto post-9/11. For many writers, the concept of Superman gone rogue seems original and fresh. To audiences, however, it’s almost the norm.

RELATED: Superman Was the Only Thing Keeping Lex Luthor Alive 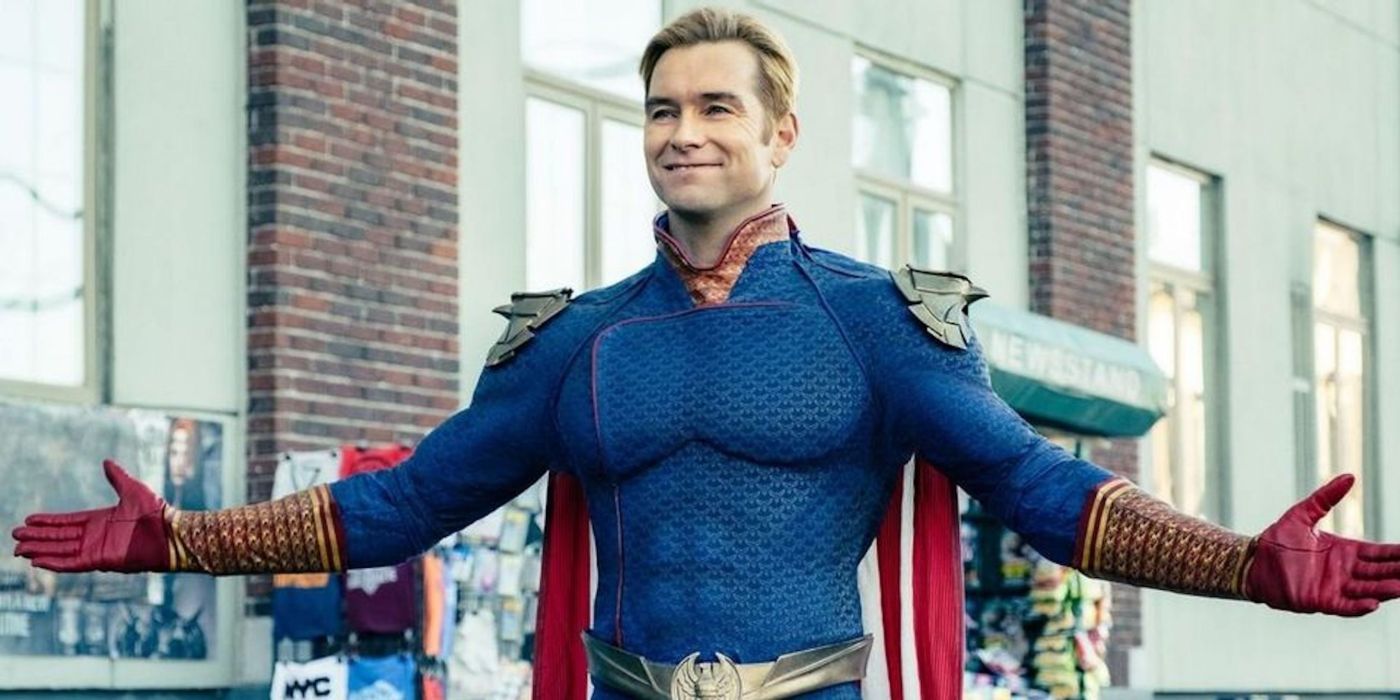 Although these villainous variants emerged nearly two decades ago, recent adaptations of the original source material have seen them all grouped together. Amazon has two evil Supermen on the go at once with The Boys and Invincible. The horror movie Brightburn only arrived in 2019, and Injustice 2 in 2017. With all of these playing out so close together, it has become an overused trope. However, it would be unfair to judge without thoroughly exploring these characters and assessing whether they add something beyond just being evil Supermen.

Homelander from The Boys is outwardly the all-American hero that Superman has been for decades but, in reality, is a twisted, ego-driven monster. The costume, with its American flag cape, takes the iconography to an extreme. He could almost be mistaken for Captain America, if it weren’t for the powers. What makes this take a little more unique is its basis in capitalism, as the Vought corporation created this monster.

In contrast, Invincible’s Omni-Man embraces the alien-immigrant aspect of Superman. Coincidentally, there is another frightening “racial superiority” angle to the character but on a much larger scale than Homelander. Invincible’s Omni-Man was a Viltrumite agent, aliens who culled the weaker members of their species to make themselves stronger and sought to spread this horrifying ideology to the rest of the universe through their oppressive empire.

DC’s takes on the corrupted version of their character often ask the same old question: What if Superman landed somewhere else? In Superman: Red Son, he lands in Soviet Russia. In Superman: The Dark Side, by John Francis Moore and Kieron Dwyer, it’s Apokolips. Then there’s Overman, who landed in Nazi Germany. Almost all of DC’s evil Supermen rely on this concept, making it even more played out. Beyond that, there are the likes of Brightburn, which does nothing other than turn the character into a slasher villain. 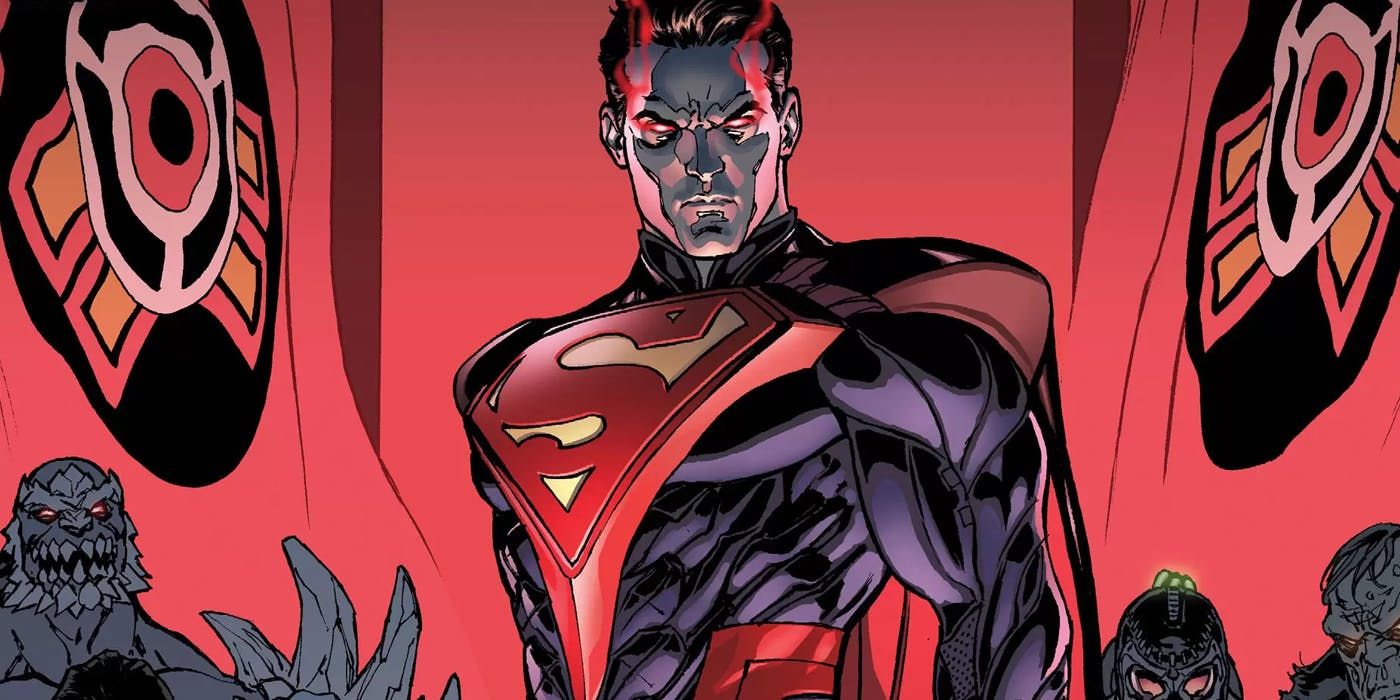 There’s enough substance in most of these characters, namely Homelander and Omni-Man, to justify redoing this now-tired trope but not enough to justify the sheer volume of them. This article has not even touched on the likes of Hyperion, Superboy-Prime, Ultraman or the Plutonian from Irredeemable, by Mark Waid, Peter Krause and Diego Barreto. Injustice seems to be perhaps the only unique take on the idea, partly because it’s a gradual change in the original Superman and also, largely, because of the world it created around that idea. There’s also the fact that, in the end, the thing that beats him is his uncorrupted self from another earth.

Before most of these characters came about, the original Superman challenged the trope in the 2001 story “What’s So Funny About Truth, Justice and the American Way?,” by Joe Kelly, Doug Mahnke and Lee Bermejo. In that story, the Man of Steel directly confronted the grittier version of his ideals and showed its fundamental flaw. It relies on the fear of Superman’s powers but that isn’t the point of the character. The point is to provide hope and show humanity a better way. The character’s limitless powers remove all physical obstacles, allowing him to combat social and societal issues directly. After all, isn’t that was his son, Jonathan Kent is doing right now as the new Superman? With everything going on in the world, the core elements of Superman’s character aren’t just more interesting, they’re more relevant and essential than ever.

The Book of Boba Fett Images: The Good, the Bad and the Grogu

My Experience: (Trying) to get a Tool poster