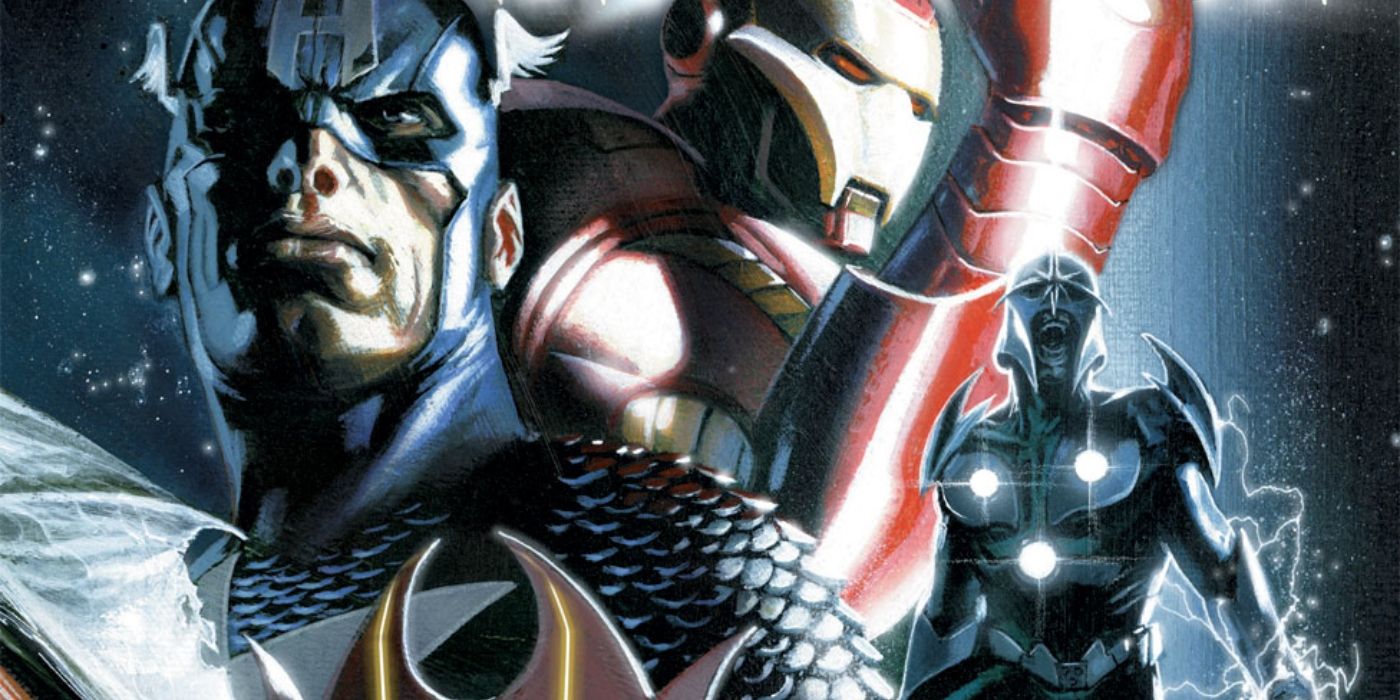 The heroes of the Marvel Universe have a history of turning against each other in dire situations, with perhaps the most famous being the central plot of Civil War by Mark Millar and Steve McNiven. Despite their shared heroism, the major figures from the Marvel Universe don’t often get the chance to just solve their issues together — instead of being forced to either truly come to blows or to find common ground while confronting an external threat together.

What If…? introduced one reality where the superhuman civil war was ended not through violence or discourse — but thanks to a massive alien invasion that forced the heroes to unite together against their common enemy: Annihulus.

RELATED: Marvel Just Turned Blade Into One Of The Multiverse’s Greatest Monsters 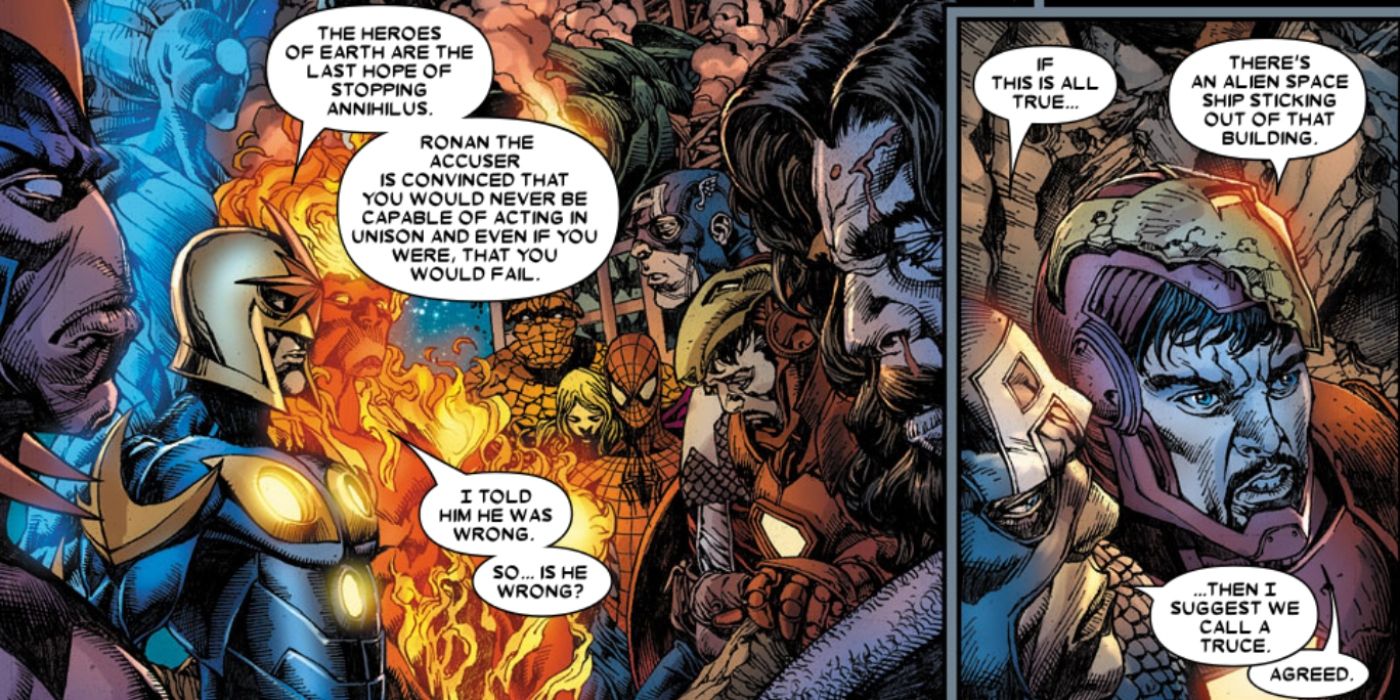 In the core Marvel Universe of Earth-616, the superhero Civil War was one of the most monumental events of the 21st century. The conflict over the implementation of superhero registration with the United States Government resulted in a full-scale conflict between Iron Man’s Pro-Registration allies and Captain America’s Anti-Registration underground resistance. The battle eventually spilled out into the public forum, and it was only when he realized how much damage they were bringing to the world did Captain America surrender — setting up the circumstances that led to such events as Secret Invasion, Dark Reign, One More Day, and even Captain America’s own death.

At the same time, the cosmic corner of the Marvel Universe was absorbed into an entirely different (and much more large-scale) conflict. In Annihilation, the longtime Fantastic Four nemesis Annihiulus broke free of the Negative Zone and, along with a massive army of monstrous beings from that dimension, waged war on the positive energy dimension. Luckily, heroes like Nova and Moondragon were able to help save the day, in part by rescuing Galactus from Annihulus’ grasp. However, in the reality revealed in What If…?: Annihilation #1 by David Hine, Mico Suayan, and Rafael Kayanan, the plan to save Galactus went sideways — resulting in the deaths of Galactus and the Silver Surfer. Without their assistance, the cosmic heroes were forced to retreat back to Earth, where the heroes were unaware of the cosmic danger.

RELATED: The MCU’s Next Villain Just Turned an Avenger Into a Superhero Killer 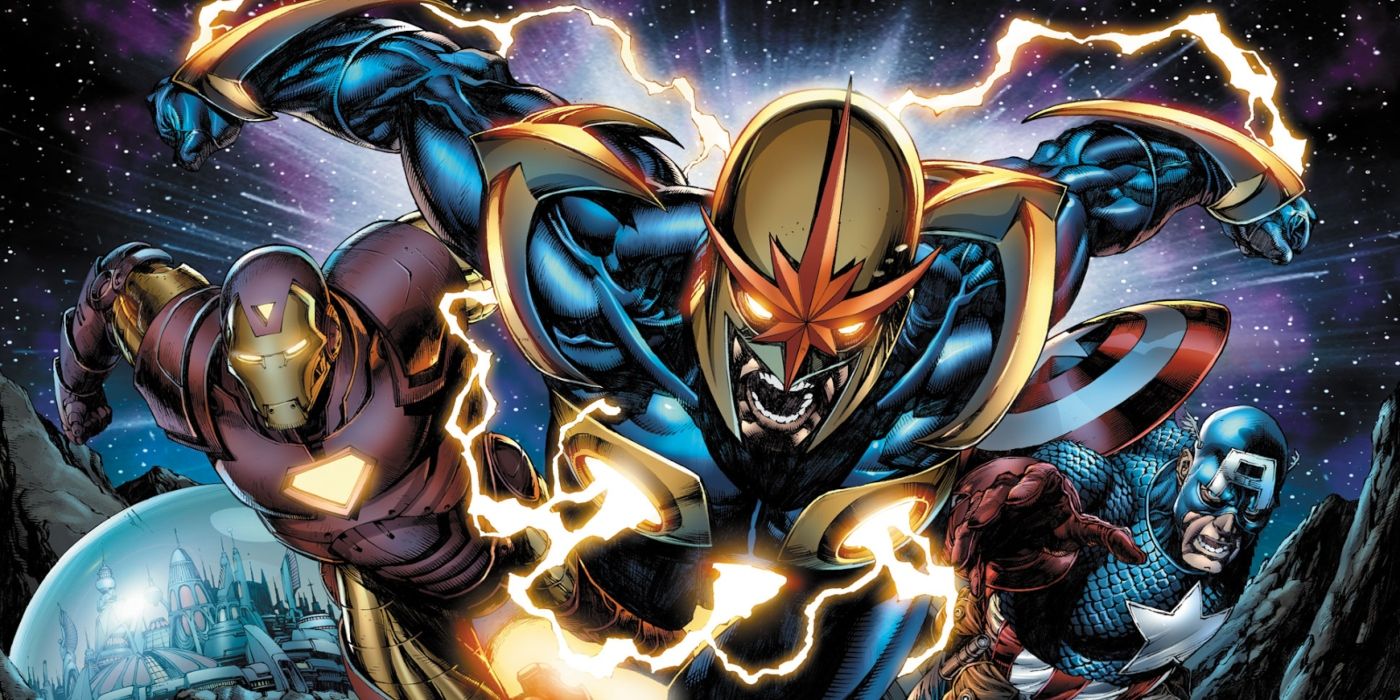 Crashing onto Earth right at the nominal climax of Civil War, Nova reveals just how dire things have gotten in the greater galaxy. Realizing the full scope of the threat posed to the universe, Captain America and Iron Man promptly put aside their differences and work together to fight back against Annihulus.

The Annihilation Wave reaching Earth more or less removed any need for the heroes to fight amongst themselves, as registration became something of an after-thought when complete eradication was the alternative. The Avengers banded together, uniting despite their former in-fighting. Even long-simmering hatreds were pushed aside in the name of combatting the global threat together — with long-time foes like Daredevil and Bullseye fighting and even dying side-by-side on the battlefield.

Ultimately, Captain America and Iron Man both volunteered to hold the final line against Annihulus together alongside Nova, rendering their conflict moot. They even jokingly refer to the final battle of the Civil War, showcasing just how little that personal debate matters to them in the face of a threat like Annihiulus. It’s a reminder that the heroes of the Marvel Universe may not always solve all their conflicts in the healthiest of ways — with the core Marvel Universe spending years in danger due to the fallout of Civil War as the wider universe simply ignores the registration debate in light of the threat that is Annihilation. The heroes still need to learn how to resolve their conflicts in genuine, civil ways — as they can’t always hope for an alien invasion to simplify their own conflicts.

KEEP READING: Blade: The Movie Just Got A Perfect What If Story In Marvel’s Darkhold