DC. Marvel. Two Comic book powerhouses. Once friends, publishing such unforgettable crossovers such as Punisher/Batman: Deadly Knights and Green Lantern/Silver Surfer: Unholy Alliances, now bitter rivals, fighting tooth and nail over who created Shazam! and Captain Marvel.  Now, this is of course a vast and inaccurate simplification of the two comic book giants’ relationship, but many fans love and adore both companies and gladly consume both comic books and other media content they have to offer. In fact, most comic book hero consumers are more likely to watch movies and TV shows than ever pick up a floppy or trade. You may find that while watching DC’s 2021’s The Suicide Squad that you notice that Bloodsport is played by the fantastically handsome and moderately imposing Idris Elba. “Wait a second”, you think to yourself, “wasn’t he in Marvel’s Thor franchise playing the dude the guards the rainbow bridge thingy?” And you’d be correct! Many actors do not have brand loyalty or a non-compete contract and can in fact work for both companies. Steph (the data dork) spent way too much time cross-referencing almost 10,000 lines of data and was able to whittle it down to seventy-one actors (st this moment of publishing) based on three general rules: some of these actors made the list because of their fame and notability, some may be lesser-known actors but play large or impactful roles that stand out, or, I’ll be honest, I just personally like the actor and I wanted to include them because I love them. So if you have ever wondered which actors have played characters in both DC and Marvel media, let’s check out part 1 of the list.

Alan Tudyk is one of the actors that seems to have his hand in all kinds of franchises, even if you don’t realize it, as he does a lot of voice acting in addition to live-action. In fact, originally this was supposed to be a DC/Marvel/Stars Wars list because there must be so many actors that appear in all three. But really, there was mostly just Alan Tudyk (who played K-2SO in Rogue One) and two others.  One of his most notable roles was as Wash in Joss Whedon’s Firefly (2002). 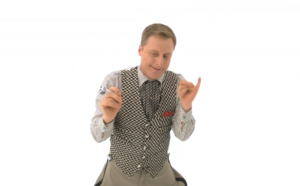 In the first season of HBO’s Doom Patrol (2019), Alan Tudyk came on the scene as the season’s antagonist, Eric Morden/Mr. Nobody. He appears as both a distorted/half body and, in the White Space, as a well-dressed man. 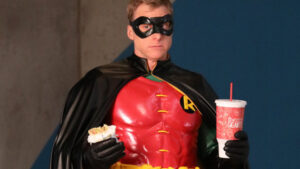 Alan also appeared as one of the main characters in the short-lived NBC show Powerless (2017), as Bruce Wayne’s cousin Van Wayne. The show was about the non-hero, non-super-powered characters that inhabit the world of comic heroes. 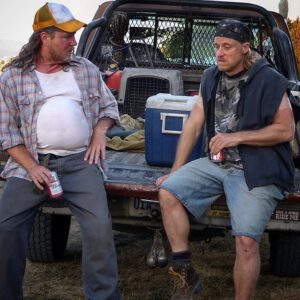 His cameo in the Marvel Universe was as Redneck #2 in 2018’s Deadpool 2, drinking a beer and having a toilet paper discussion with his buddy, Redneck #1, played by Matt Damon, as Cable, the movie’s antagonist, arrives from the future.

She may not be a household name today, but if you enjoyed the Whedonverse in the early 2000s (oh, a more innocent, or at least ignorant, time it was back then) but Amy Acker was always one of my personal favorite actresses in Joss Whedon’s projects, which is why she made the cut for this list. (Is this favoritism? Yes. Yes it is.) 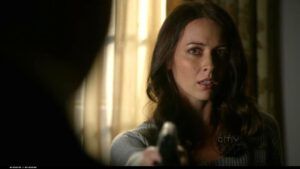 Human Target (2016) was a Fox show loosely based on DC’s character Human Target about a private contractor and security expert. She appears as Katherine Walters, a woman who is being hunted and needs protection. 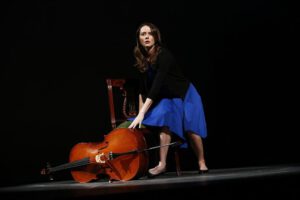 Agents of S.H.I.E.L.D. (2013-2020) was an ABC show about the operations of S.H.I.E.L.D. agents. Amy appears as Audrey Nathan, a former love interest of Colson’s (which ended when Loki killed him), and a member of the Portland Symphony Orchestra who is rescued by Colson without realizing he is alive. 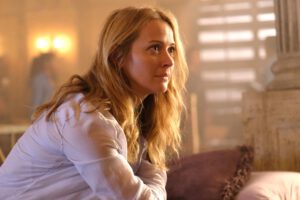 The Gifted (2017) was a FOX show which ran for two seasons. Based on the X-Men Universe, about a couple who discovers that their children are mutants and have to go on the run from the government which is anti-mutant. Amy played Caitlin Strucker, the main character in the show. She is a nurse and the mother of two mutant teens.

You couldn’t be blamed if you don’t know what Andy Serkis looks like, but if you’re a nerd (and if you’re reading this list, trust me, you are) then you most certainly have seen some of his films. Some of his most famous appearances never reveal his real face, as he is often playing a CG character such as Snoke in Star Wars: Episode VIII  – The Last Jedi, Caesar in the new Planet of the Apes franchise, Gollum in The Lord of the Rings Trilogy, and many, many others. 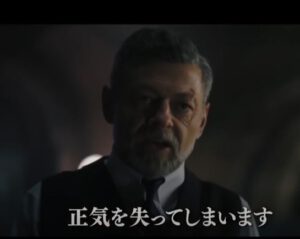 Though the film isn’t out yet as of the writing of this article, we do know that Andy will be playing Alfred Pennyworth in 2021’s The Batman starring Robert Pattinson. Alfred is the butler of billionaire and night-time vigilante Bruce Wayne. 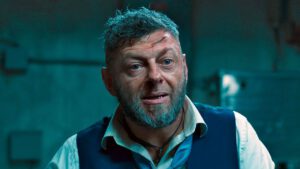 Introduced to the MCU in Avengers: Age of Ultron as an arms dealer who ironically has his arm removed by Ultron, Ulysses Klaue is not a man to be envied. In Black Panther, he works with Killmonger until eventually Ulysses is killed by him.

Angela Bassett is a legend and an icon, and it baffles me to no end that she has been part of the comic book media since the 90s. It’s fantastic. This magnificent woman has starred in movies such as Malcolm X, Boyz N The Hood, How Stella Got Her Groove Back, The Rosa Parks Story, and Waiting to Exhale.

Technically playing a character called Doctor Waller, a DEO scientist working under someone else’s command who eventually tries to kill her until she is saved by Green Lantern. 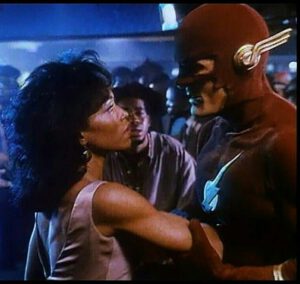 1991’s The Flash series starred John Wesley Shipp as Barry Allen/The Flash. In the eleventh episode, Beat The Clock, Angela plays a woman thought to be murdered by her husband, but they must prove him innocent before his execution. 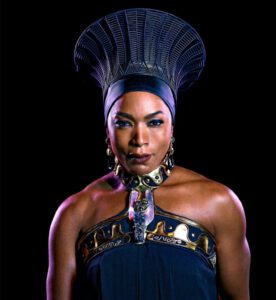 Ramonda is the queen mother of Wakanda and the mom of T’Challa and Shuri. She is regal, brave, beautiful, with a fierce love for her family and her country.

Oh, man. You could say so much about Ben Affleck – his career, his personal life, his acting, and…role choices. But all I’m going to say is that he is an actor/writer/director who has made critically acclaimed film, breaking into the Oscar scene with Good Will Hunting, duds such as the panned Gigli, and box office smashes like Armageddon and Pearl Harbor. 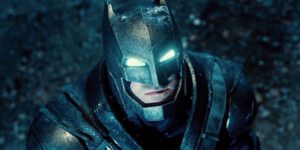 Ben Affleck is the sixth Batman in a full-length live-action feature film. Though the series of DC films (2016-2021), directed by Zack Snyder, were not everyone’s cup of tea, the silver lining in them was Bat-Fleck. He played a Bruce Wayne tired of going at it alone and ready to start the Justice League (after trying to take out the mysterious Kryptonian). He brought a body build to Batman and a suaveness to Bruce Wayne that had been missing in previous versions of the character. 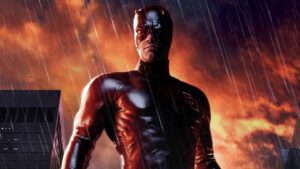 Before Marvel launched the MCU, they too struggled with putting out quality products. 2003’s Daredevil didn’t impress anyone (see the 44%/35% rating on Rotten Tomatoes) and left a bad taste in many people’s mouths, poisoning people’s opinions of the man that would go on to play Batman.

Here’s another “author’s prerogative” entry. If you watched SciFi in the early 2000s, you might have caught a little Australian gem called Farscape (available now on Amazon Prime). This fantastic show followed John Crichton, played by Browder, and other humans and aliens as they travel through space and their various adventures. When I saw his name appear in my list of Marvel/DC actors, I knew I had to put him in here, no matter how small the role…and boy, is his Marvel role small. 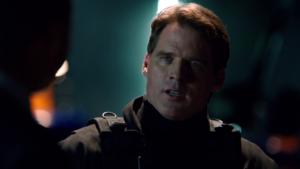 In the DC universe, Browder shows up in the season one episode Trust But Verify of Arrow. He plays former commanding officer Ted Gaynor, who unfortunately makes a few poor choices in his civilian life. 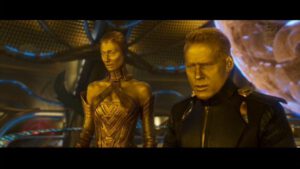 Known only as Sovereign Admiral, Browder played the strong but mostly silent right hand of Ayesha, the Sovereign High Priestess in Guardians of the Galaxy 2. It’s seriously a really, really, really small role.

Mendelsohn, who is one of the special few on this list that was also in Star Wars (also Rogue One like Alan Tudyk), is an Australian-born actor. He is mostly known in the US for playing villains and slimy type characters, though back in his native land he is better known for being the leading man. 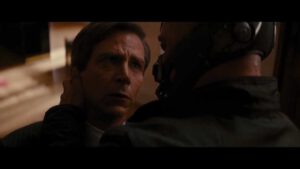 In The Dark Knight Rises Mendelsohn played the money behind Bane’s plan to destroy Bruce Wayne and take over Wayne Enterprises. He is used by Bane, who allows him to believe he is in control until it is time for Daggett to…be permanently removed from the plan. 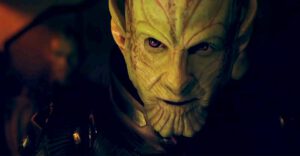 Though technically two different characters, his first appearance is in Captain Marvel as R. Keller, the director of S.H.I.E.L.D.  before Nick Fury. However, his likeness is copied by the Kree, Talos, also..

Marvel Voices: Pride Cover Art Takes Loki and His Variants on a Trip Across the Rainbow Bridge