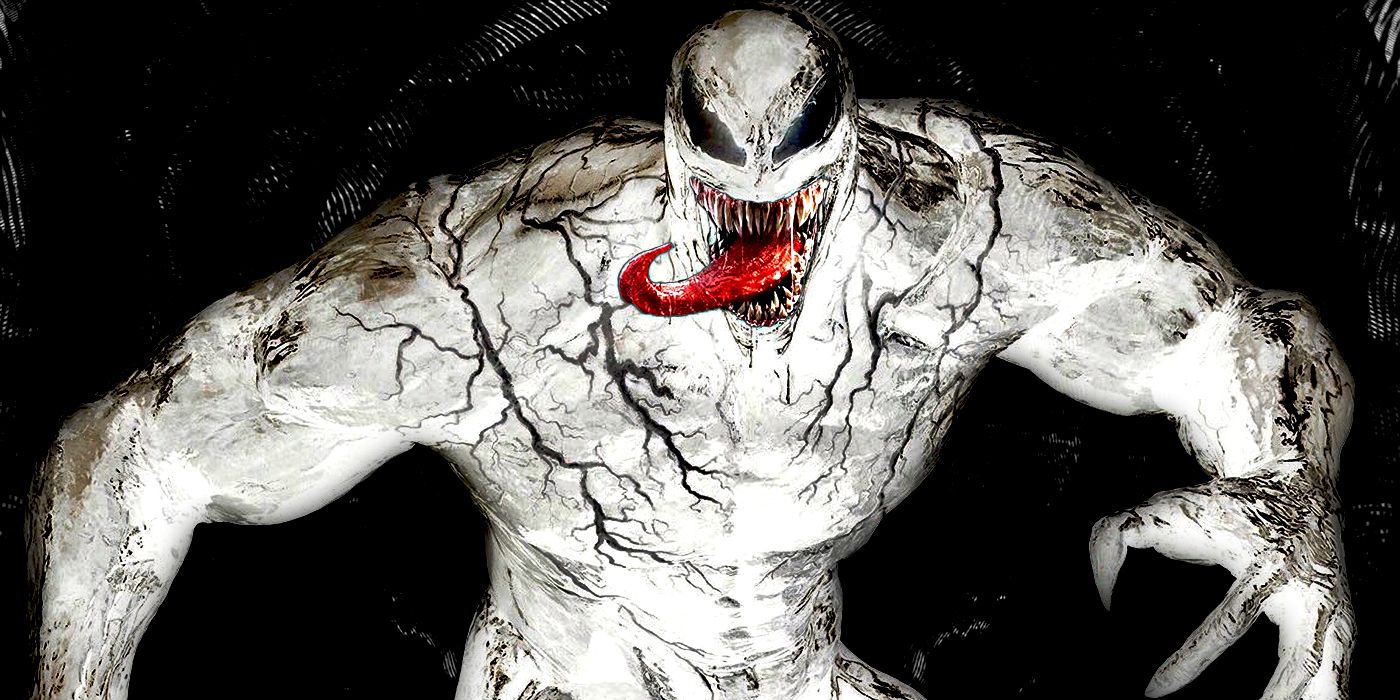 Eddie Brock has always had a different relationship with his symbiote than any other character in Marvel comics. While most characters have a moment of fear and terror when they first bond with the suit, Brock seemed pretty excited about being Venom right from the start. And while Peter Parker removed his symbiote when he realized it was messing with his internal organs, Eddie’s suit was actually shown to revive him from cancer. However, in Donny Cates’ groundbreaking run on Venom, which started in 2018 and wrapped up just  few months ago, in 2021, he deconstructs the true nature of their relationship, suggesting that the partnership between Eddie, cancer and the symbiote is more complicated than readers would first assume.

Cancer and Eddie go back further than his own diagnosis. Back in 2003’s Spectacular Spider-Man issue #5 (by  Paul Jenkins, Humberto Ramos and Wayne Faucher), when Brock reveals his tumors to Spidey, he recalls the memory of his uncle withering away slowly from the same condition. Cates took the family history a step further, where Eddie adds that his sister died of cancer as well in issue #11. But here’s the thing: it was all a lie. All of it. 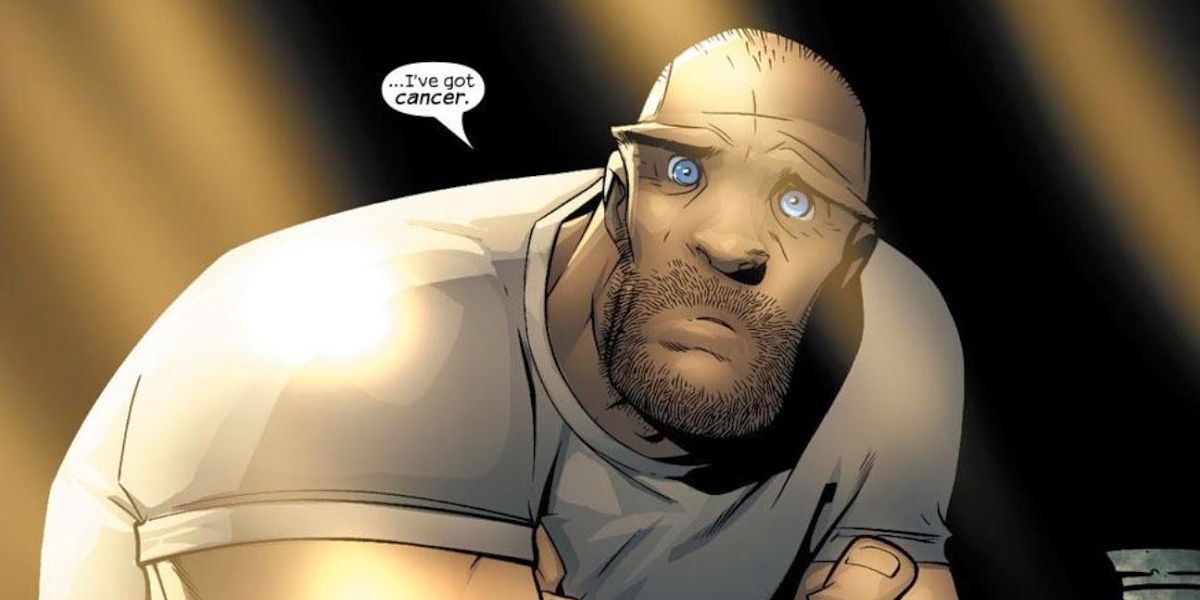 That’s right, Eddie’s uncle, his sister, even his own cancer were all a fabrication by the symbiote. They didn’t just not die of cancer, they never even existed in the first place. Every time Eddie attempts to put the life of Venom behind him, the symbiote alters his biology, developing false tumors, and pulls at the strings of his brain, giving him traumatic memories that accelerate his fear of cancer. But why? Well, the symbiote is something of a toxic manipulator with abandonment issues. The delusions came not from a place of spite, but a place of fear and jealousy.

But pedantic plot details aside, it’s still worth considering: could a symbiote truly cure cancer? And if so, what greater implications could this give in the wider Marvel universe? Symbiotes, also referred to as their alien species name, the Klyntar, have the uniquely dynamic ability to heal and replicate all kinds of organic tissue, so it’s not hard to imagine that they could eliminate the tumors of a host. Furthermore, its revealed at the conclusion of the massive Venom event comic “King in Black” #4 (by Donny Cates, Ryan Stegman and JP Mayer) that the Klyntar hive has a mental backup of all its deceased hosts, giving both Eddie Brock and Flash Thompson a way out of the grave, so even death is a non-issue for symbiotes. The real question, however, is whether or not anyone in the 616 universe even needs this anymore. 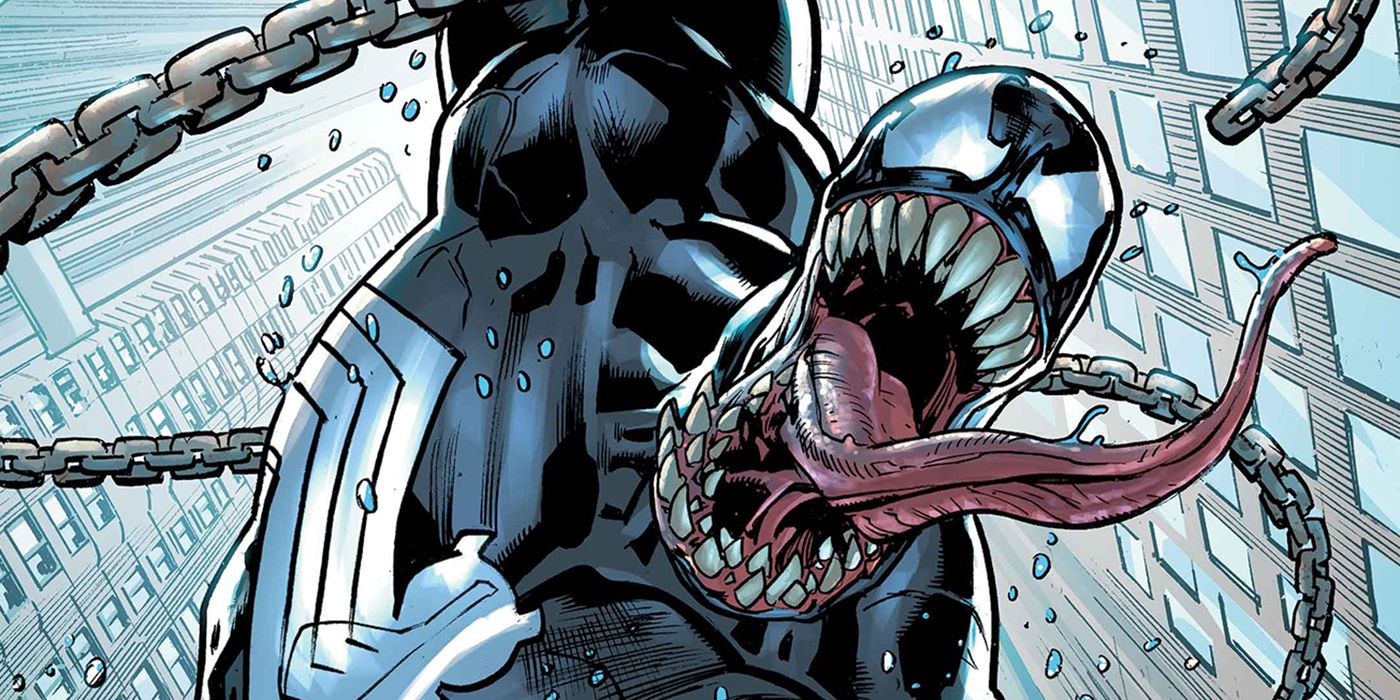 The status quo of the Marvel socio-political landscape has shifted drastically in recent continuity, especially since 2019’s House of X (by Johnathan Hickman, Pepe Larraz, R.B. Silva and Marte Gracia). Now, all of the mutants, good or evil, have created a nation state of their own on the living island of Krakoa, and in a bargain for global amnesty, they’ve synthesized life-extending drugs to sell to the international market. All of this unfolded months after Venom’s cancer revelation, so it hadn’t done Eddie any favors.

However, since the Krakoan government has now made its mark on the Earth, even if Eddie even wanted to synthesize a symbiotic cancer cure, there could be devastating geopolitical consequences. Mutants would probably feel that their one bargaining chip with humanity might be in jeopardy, and  it could cause an all-out superhero war (and God knows how many more Civil Wars Marvel can take).

While Eddie’s suit protects and heals him from countless injuries, it also manipulates him into doing its bidding at nearly every turn. With the movie Brock’s recent travels into the MCU, it’s unclear which direction the movies might take his character. Whatever they do, though, it probably won’t approach the complexity of the comics. But if the cinematic version of Venom has any connection to cancer, there are dozens of compelling twists from the comics for the films to utilize.

PS5 Restock Leaks Ahead of Next Drop