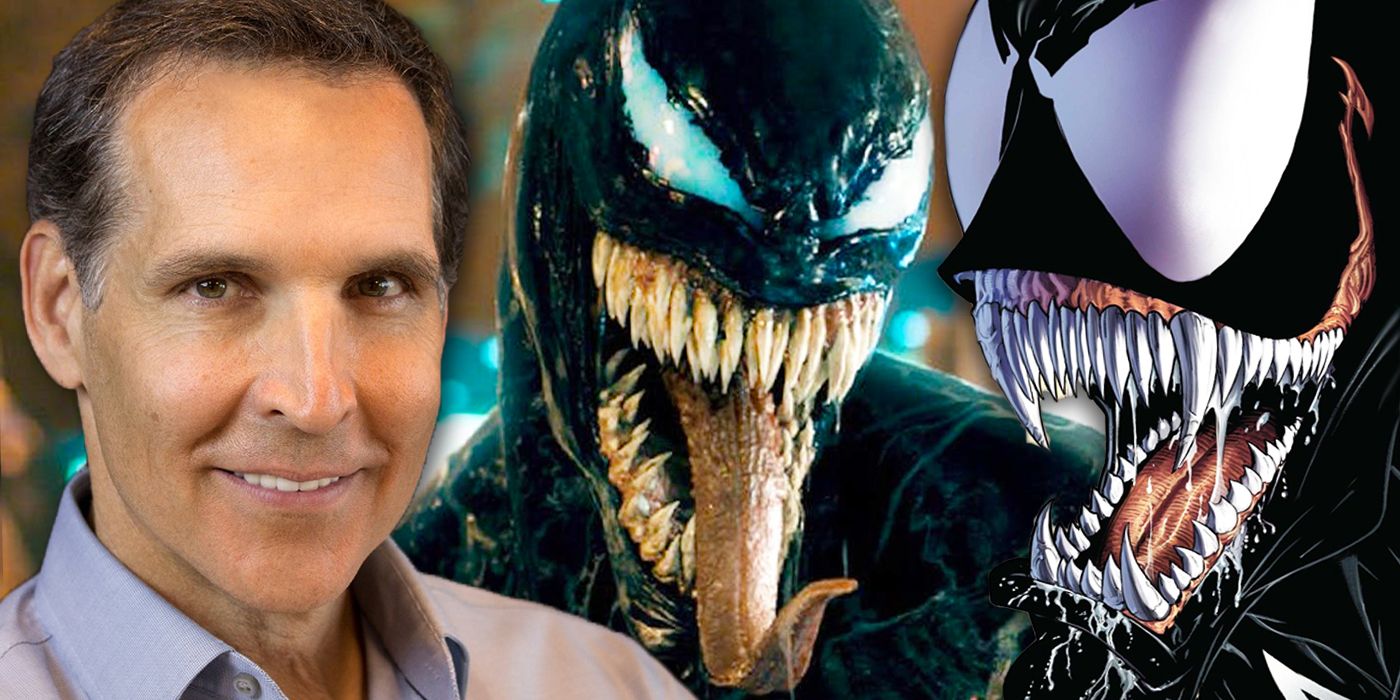 Years before Todd McFarlane crafted the bestselling series Spawn and co-founded Image Comics, he co-created Venom with writer David Michelinie. Shortly after joining Michelinie on Amazing Spider-Man #298, McFarlane and Michelinie introduced Venom in Amazing Spider-Man #300 as the symbiote suit bonded with Peter Parker’s rival Eddie Brock, creating one of the greatest supervillains Spider-Man has ever known. Since this 1988 debut, Venom has found redemption as an antihero and starred in two massively successful live-action films, with Tom Hardy portraying the character.

In an exclusive interview with CBR on the eve of Venom: Let There Be Carnage‘s physical home video release, McFarlane recounts why and how he co-created Venom. McFarlane also praised the films’ success in adapting his creation and provided a quick update on the planned Spawn feature film adaptation currently in the works.

Todd, it’s pretty documented that you weren’t a fan of the black costume when jumping onto Amazing Spider-Man after a run on The Incredible Hulk. What made you want to put him back in the classic red and blue costume?

Todd McFarlane: Sam, if either I was a fan of the costume or I was a reasonable employee who listened to their bosses, there would be no Venom. It would literally be that simple. Now, I had no idea that Venom was going to be that big, absolutely not, nor did David Michelinie. I was just being a geek. As a geek, you collect comic books, eventually get into the business and become a pro. I got to draw the Hulk, and by the time I got there, they turn him gray, and I thought he was green. 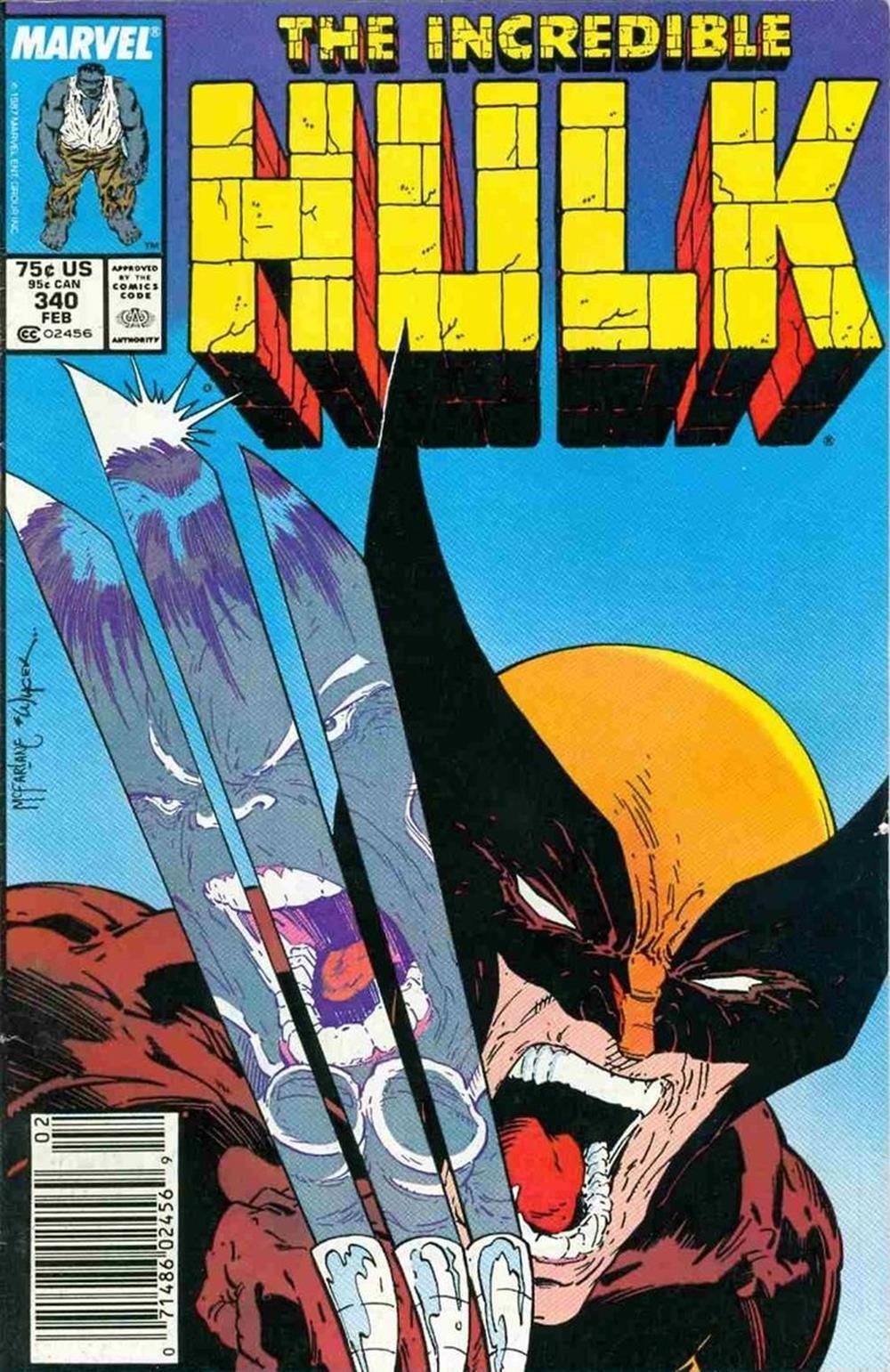 Maybe it was a little frustration from being on the Hulk him being gray the whole time, which in my mind wasn’t classic — although the Gray Hulk was there the first couple issues from Jack Kirby — and then I jumped over to Spidey and he’s in the black costume. I’m never going to get to draw any of these Marvel characters I had in my brain. I saw him in the black costume and it wasn’t recognizable. To me, that wasn’t Peter Parker or Spider-Man. When I close my eyes, like I think most of us do, and I think about him, it’s the red and blue costume.

When I saw him in there, I knew I wanted to draw Spidey. He’s a big character and a good career move but the black costume was boring to me. That was really the impetus of David and I creating [Venom]. I came up with the visual first as a way we could get the costume off Peter Parker and just put it on somebody else and we’re off to the races, problem solved! It seemed like an easy solution. I came on with The Amazing Spider-Man #298 and they wanted to wait a couple of months before they took [the suit] off and make it a big, dramatic story, which ended up being Amazing Spider-Man #300, which is now known in the comic book industry as the origin of Venom. But, for me, it was just how long I had to wait to get that costume off. If I was just a normal guy who loved everything that everyone does, we’d probably not be here talking about this movie.

In terms of the design and something that’s echoed in the Tom Hardy movies, Venom is a big, hulking guy. What was it about making this character such a massive, muscular figure?

Spider-Man and most of his bad guys are about the same size — like Electro and Doc Ock. When you’re going with human versus human, any superhero is going to come up with their own bag tricks to defeat the bad guy. But the problem is what happens when the thing you’re fighting is this big? If I needed you to knock someone out in the boxing ring, you’d know what to do. But if I put an elephant in the ring and need you to knock out the elephant, you’re not going to fight the exact same. It’s not going to be effective and work. 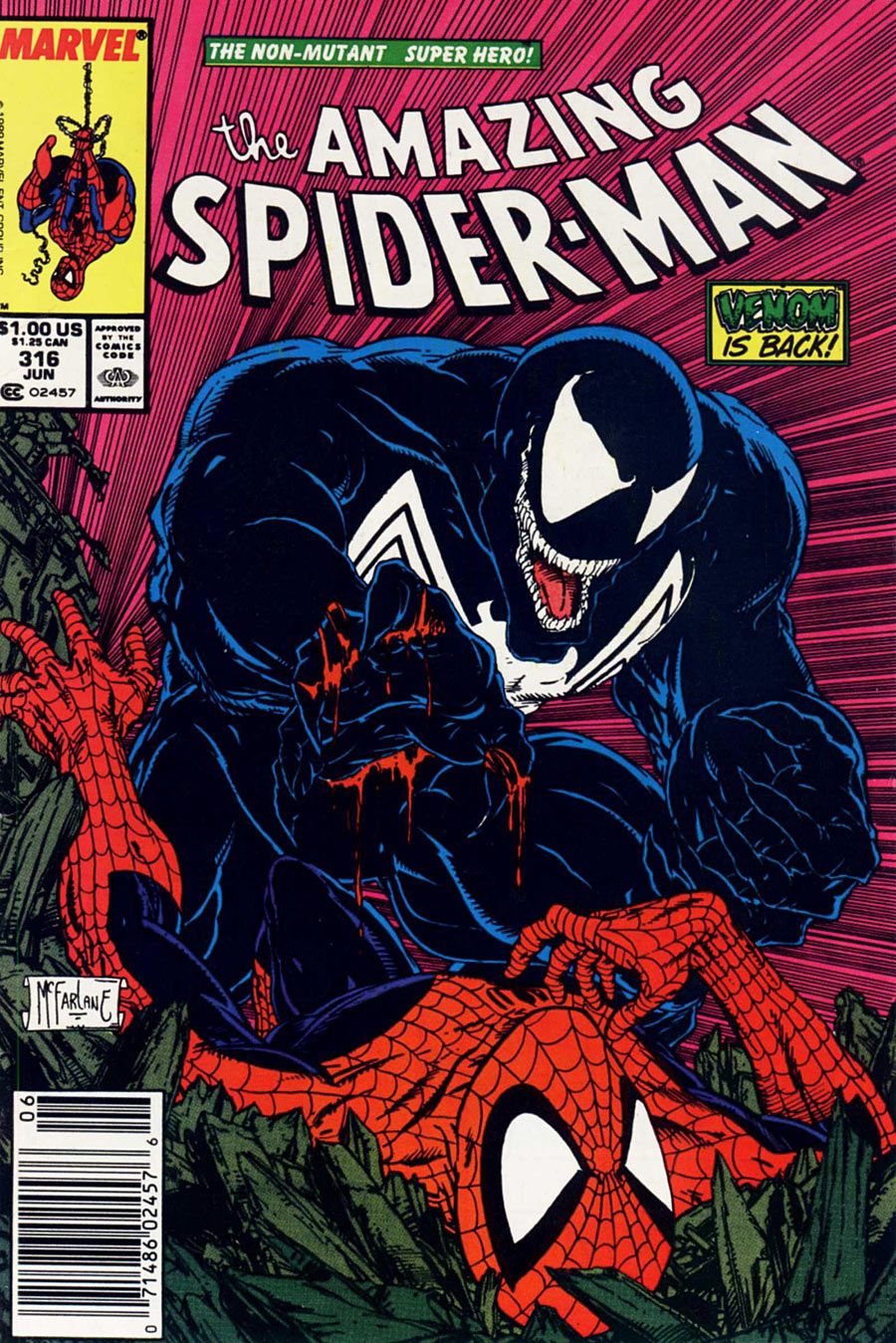 Part of the reason Venom is big is because I think it looks cool. I was just coming off that run on the Hulk and big guys look super-cool, especially when they’re standing next to little, skinny guys, and Spider-Man is skinny. Now you’re asking Spider-Man to drop an elephant and how are you going to do that, Spidey? Maybe that webbing on the ankles and a quick pull doesn’t work now because there’s too much weight. I thought it would be a fun way to put the pressure on David Michelinie to figure out a more entertaining way to take down the elephant.

When you’re doing comic books and creating characters, that’s all you’re trying to do, just trying to separate them a little bit from each other from time to time. Or give yourself a variety of characters if you need a break and it feels like things are starting to get a little too repetitive with some of the other stories or villains you’re fighting. I think that’s why you’ve got your Galactuses and Thanoses of the world because you can go from a bank robber to a supervillain to an A-list supervillain and then you start getting cosmic, just keep growing it bigger and bigger.

I always appreciated that Venom was a scary supervillain and that’s something that continued with your run as writer and artist on Spider-Man, with the scariest we’d seen Lizard at that time. What was it about pushing the characters in these darker, scarier directions?

I don’t know if I necessarily put them in darker corners. In simpler words, they’re just all monsters. I’m a boy and I think there’s a long history of boys liking monsters and I don’t think I’m overly unique on any level. I knew the costume was alien so I made him an alien monster. Later on, with my run on Spider-Man, you had Lizard, Hobgoblin, Wendigo, Ghost Rider, and Morbius. That whole thing was nothing but a monster run because I just think they’re fun to draw, cool, and I think it played a little bit into what I was trying to do with Spider-Man, making him like a bug, a creature. Once you start getting into bugs, most people don’t like them or monsters either but I don’t mind living in that space: it’s fun to scare people at times. 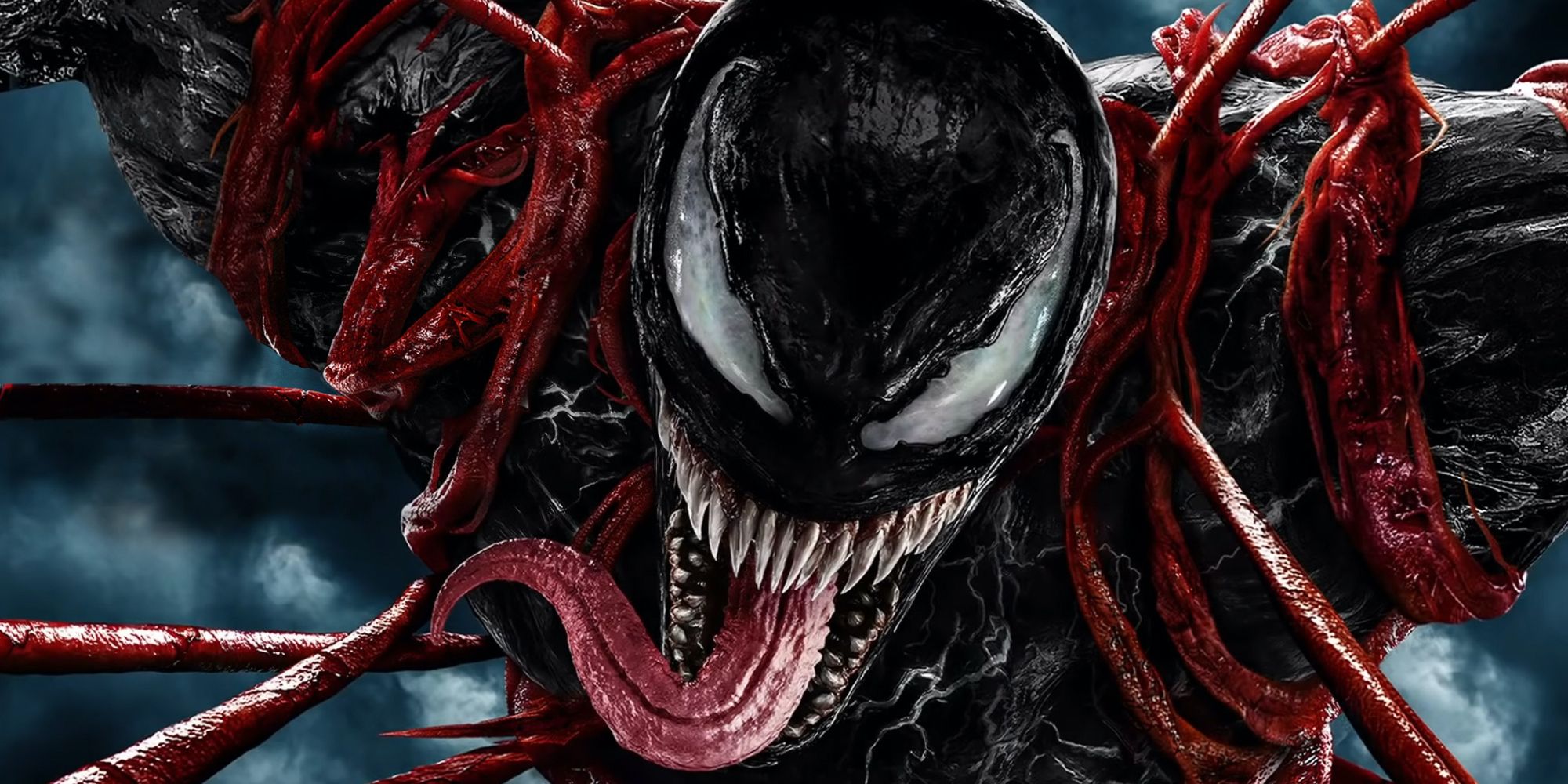 You’ve had the opportunity to see three different live-action films with Venom you’ve created. What do you appreciate about these cinematic adaptations with this character you’ve created?

I would say simply, Sam, that they’ve figured out a formula, first and foremost, to make him successful. That’s not an easy thing to do in entertainment, especially on a global level, and that they were able to take a character who came out of the womb as a bad guy, supervillain — let’s not forget that piece — and be able to convert him into an antihero and make him popular amongst kids and adults on a global level, for a guy who isn’t really the nicest guy for heroes. [laughs] He’ll bite your head off if he has to! It’s really quite remarkable. They figured out a formula.

Did they do it exactly how I would’ve done it? No, but my name only rhymes with God, I don’t get to control everything. They figure out a way to pull this off. A critic can say all they want about it but what matters at the end, to some extent, is that you’ve entertained millions of people with your product. That’s the goal. At the end of the day, anybody in entertainment basically only has to ask one question, especially if you’re making a movie: was it worth your $10 for that two hours? I’m not saying if it was the best two hours of your entire life but was it worth $10 for those two hours? If the answer is yes, mission accomplished.

Sometimes we try to hold entertainment to too high of a standard of perfection instead of just saying it’s entertainment. We can have the argument if the movies are completely loyal to the comic book but I don’t think that should be the question. The question is whether you were entertained and if the answer is yes, does it matter if it was 100% loyal, 2% loyal, or somewhere in between?

RELATED: No Way Home Theory: Spider-Man May Have Sealed Another Character’s Fate

Watching the success of Venom, has that inspired you with Spawn, both in expanding the comic book universe and working on the feature film adaptation?

Yeah, we’re working full steam ahead on it right now. There’ll be a big announcement in the first half of next year, for sure. If not, it’s dead in the water. Everybody is pushing it in the right direction.

I think the success of things like Venom and the Wolverine [films], Joker, and maybe even in the new Batman movie, where you can push it and get a little bit harsh from time to time — and at times, really harsh — just keeps reiterating what I keep saying. There’s an audience for it. Everything doesn’t have to be nice. There are plenty of characters and I think superhero movies are a buffet right now and there’s a lot of different flavors you can taste. Enjoy the ones that you like and leave the others off your plate. I think there are people that love that darker spice.

Directed by Andy Serkis, Venom: Let There Be Carnage is available now in digital HD and will be released on Blu-ray/4K UHD on Dec. 14.

KEEP READING: Venom 2’s Spider-Man Cameo Was in the Works Longer Than You Think

Ninjoi Trends as Fans Have Mixed Reaction to Ninja Rebrand