https://ift.tt/3drSfPC
Will You Be Picking Up A Variant This Week?

• With her nephew at death’s door, May Parker is not just going to sit around accepting that Peter’s ailments aren’t solvable with conventional means.

• Aunt May is going to seek UNCONVENTIONAL MEANS by way of her ex-fiancé DOCTOR OCTOPUS!!!

• One of the most controversial couples in comics history is back together, and they’re Peter Parker’s only hope of living through BEYOND! 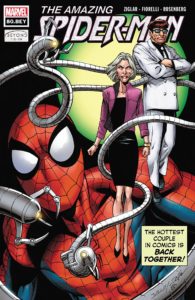 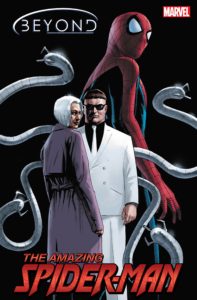 • This is it, the grand climax to INFINITE DESTINIES and INFINITY SCORE and the totality of Black Cat from the past two years, all in this oversize special!

• Black Cat has brought half of the Infinity Stones together, collecting a level of power that hasn’t been seen in years! But to what end?

• This hasn’t taken her out of the crosshairs of Nick Fury OR Nighthawk and with the Infinity Stones involved, can Thanos be far behind?! 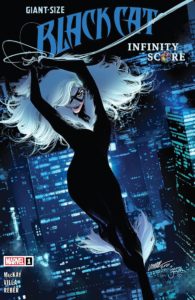 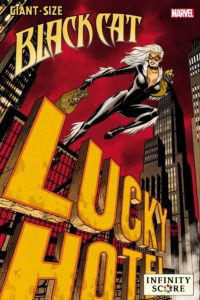 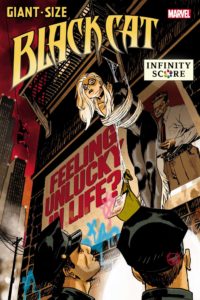 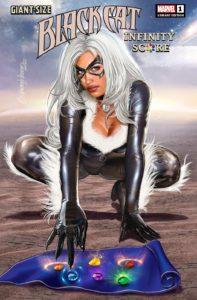 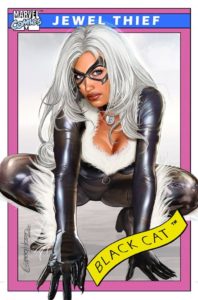 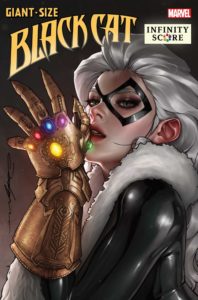 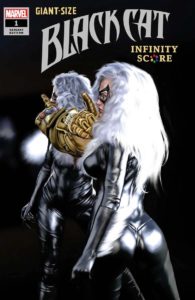 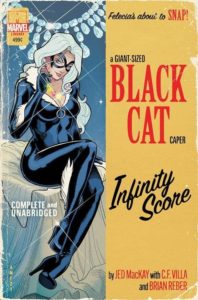 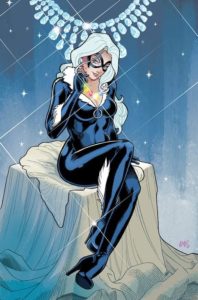 What if your life came down to one amazing moment, one fantastical choice to undo the thing you regret most? What would it cost to rescue the person you love? What would you be willing to pay? Find out in the final issue of AMAZING FANTASY! Starring WWII Cap, teenage Spidey and spy-school Black Widow in one last chance to save it all! 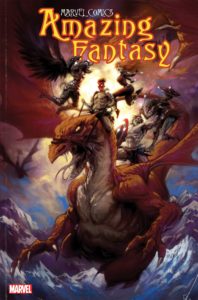 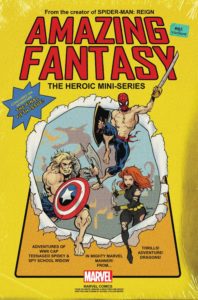 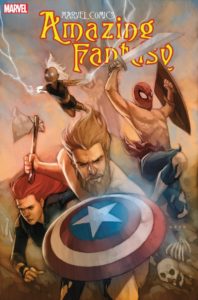 The story that’s been building for years is here! Wilson Fisk went from Kingpin to mayor of the biggest city in America and is going to bring his full criminal and political power to bear on the super heroes who call NYC home. The man who once destroyed Daredevil has set his sights on The Fantastic Four, Iron Man, Captain America, Spider-Man, Jessica Jones, Luke Cage and more. And since it’s Fisk, once he takes them all down, you know he’s going to sign it.

CROSSBONES! TASKMASTER! TYPHOID MARY! SHOCKER! WHIPLASH! RHINO! KRAVEN! Fisk has an ARMY of super villains at his command – and this is just his opening salvo. For years, Fisk has waited for his time to strike, and YOU WON’T BELIEVE the aces he’s got up his sleeves! 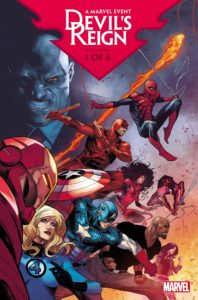 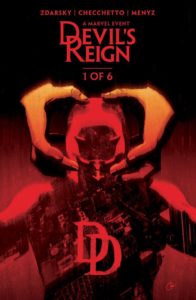 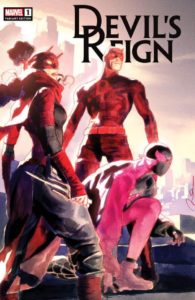 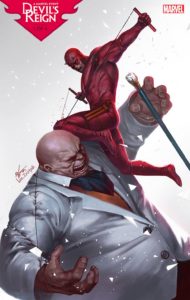 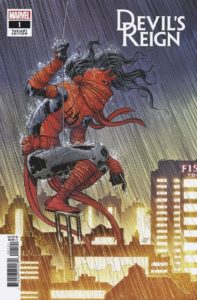 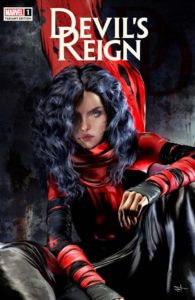 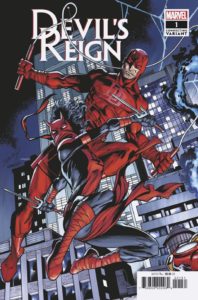 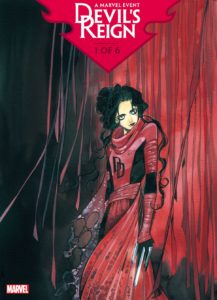 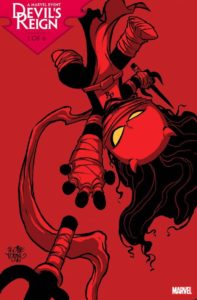 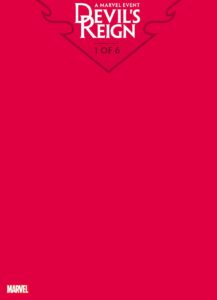