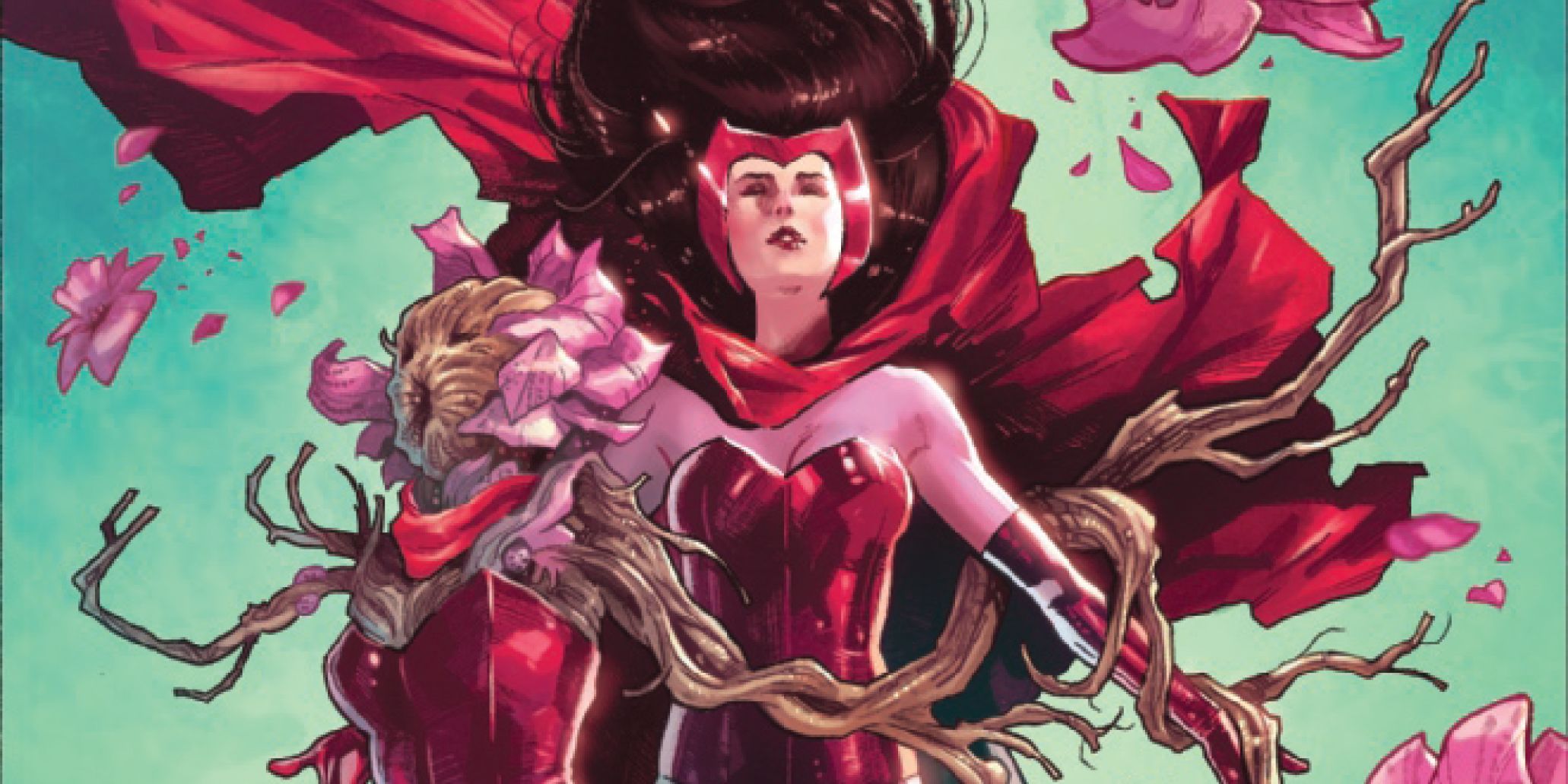 At the beginning of The Trial of Magneto, Scarlet Witch was found dead at the end of the Hellfire Gala. Just who murdered her wasn’t clear, as her actions during the “House of M” in 2005 resulted in her becoming one of mutantkind’s most-hated enemies. In the second issue, Magneto confessed to the murder, but things were not as they seemed. Wanda soon returned to life and embraced Vision, her former husband. It became quite apparent that Wanda had some pretty major gaps in her memory, which led to Jean Grey and Rachel Summers showing her some key missing events. Finally, at the end of Trial of Magneto #3, Wanda came face-to-face with an older version of herself.

The preview for Trial of Magneto #4 features two distinct timeline. In the first, David Alleyne/Prodigy, Billy Kaplan/Wiccan and Tommy Shepherd/Speed take on a monster. Wiccan observes that the kaiju against whom they’re fighting began to attack as Wanda regained more of her memories in the previous issue. Speed then takes Wanda away to parts unknown.

Trial of Magneto #4 then moves to Old Lady Wanda fighting against a younger version of herself in the Eldritch Orchard. The younger Wanda asks her counterpart why she’s doing this. “I mean, this is what you want, isn’t it?” Old Lady Wanda says. “Someone to punish you for all your sins?! To absolve you?!” The younger Wanda denies this is the case, but her counterpart says that she can’t lie to her.

You can see CBR’s exclusive preview of Trial of Magneto #4 below alongside the solicitation information for the issue. Releasing Dec. 1, Trail of Magneto features covers from Valerio Schiti, Paco Medina and Scott Forbes. 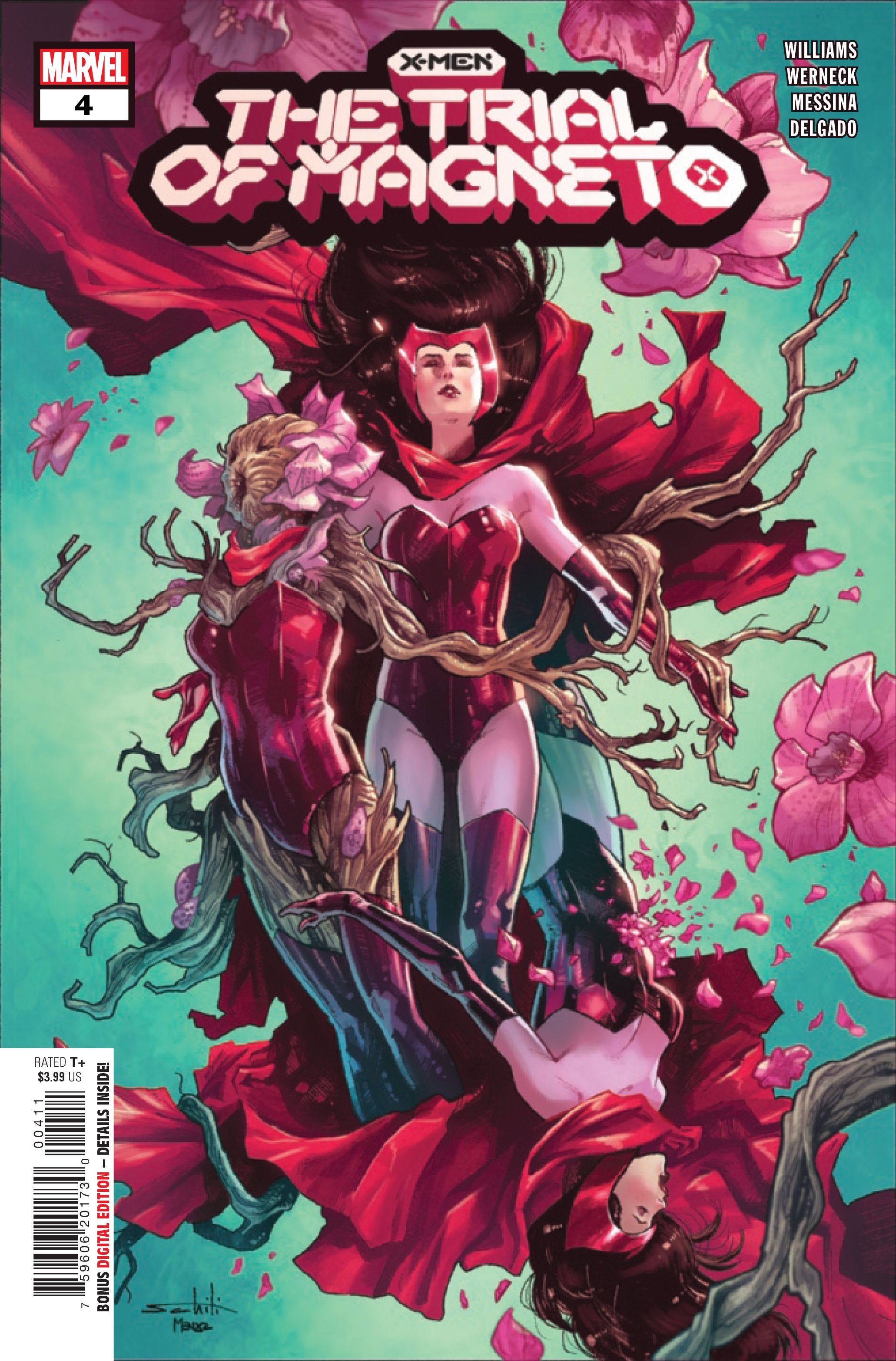 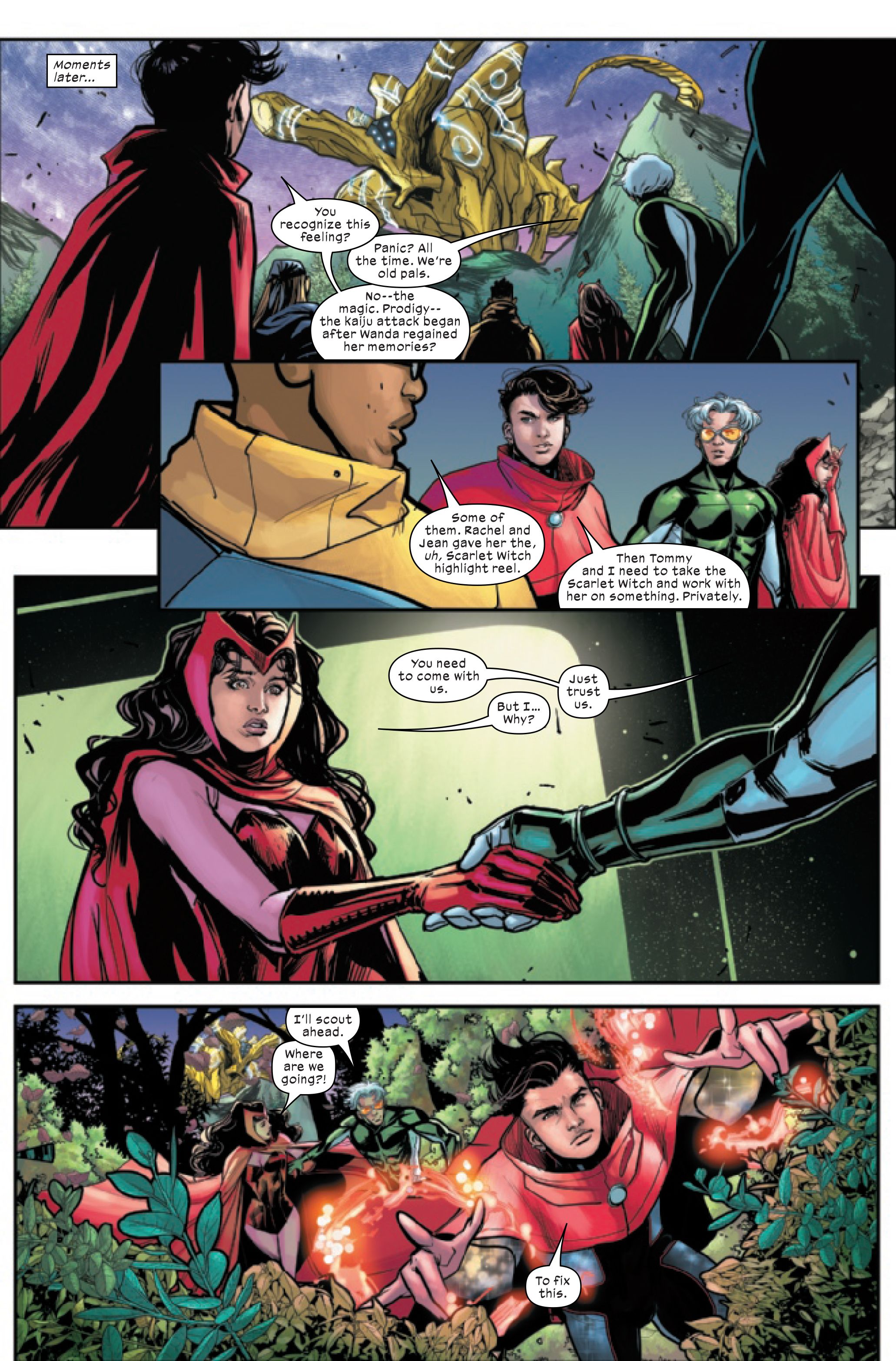 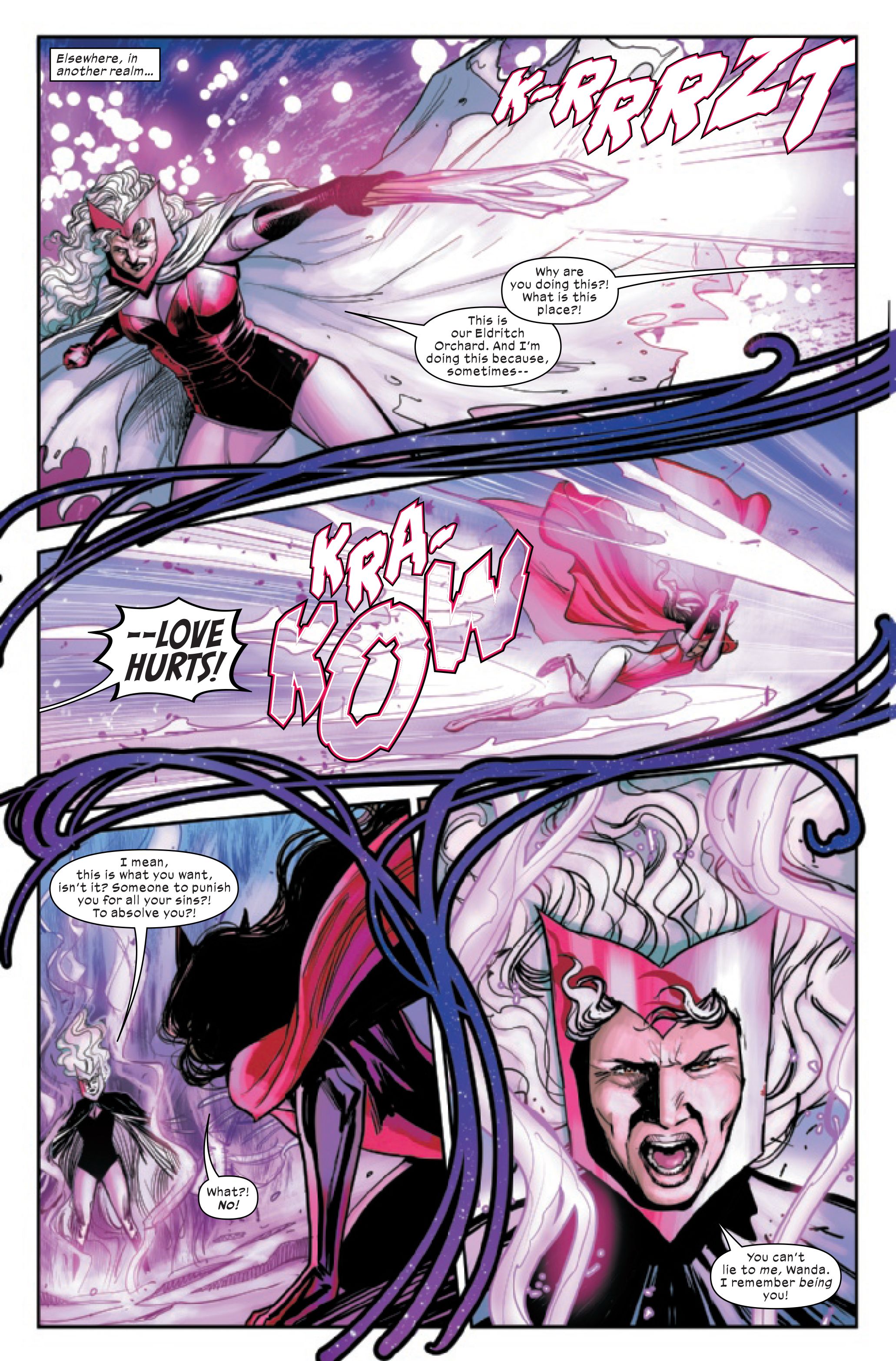