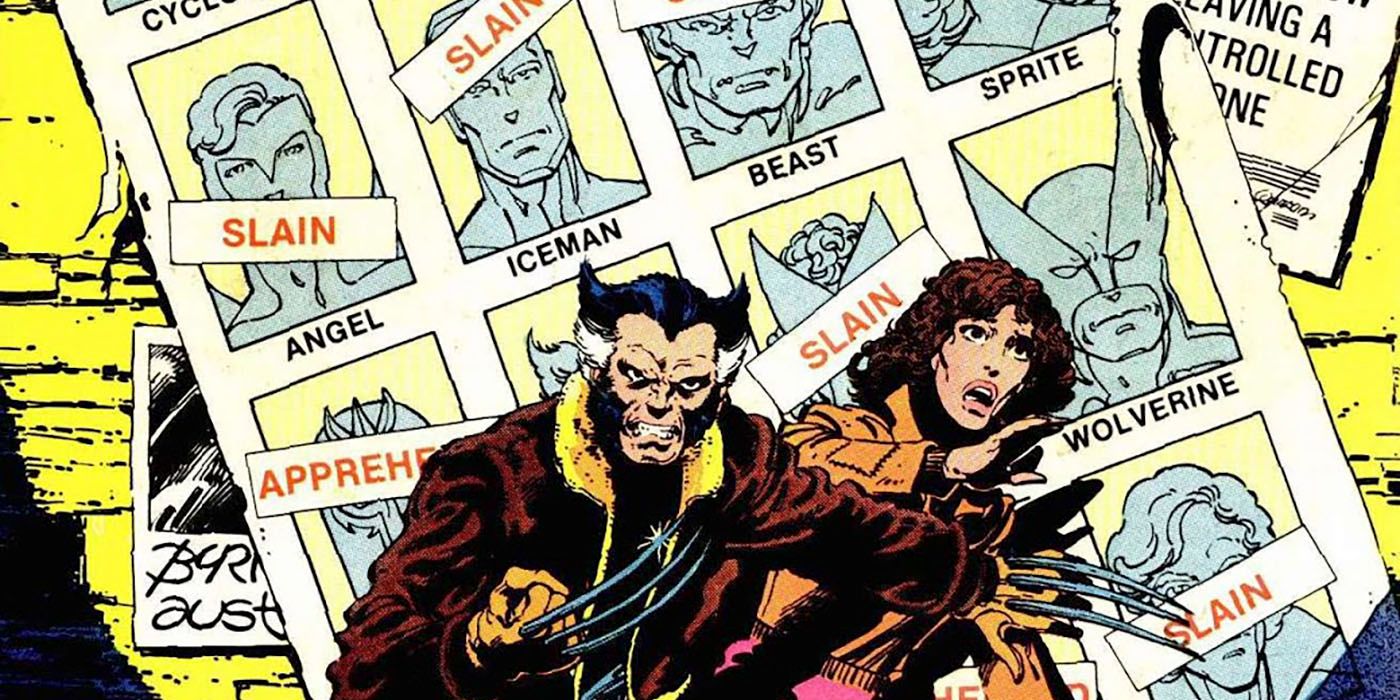 Today, we continue our countdown of your picks for the greatest comic book storylines of all-time with #20-17.

Days of Future Past was a major X-Men storyline, as it introduced many key figures and plotlines that would reoccur many times over the next 30 years (and counting).

The main concept of the book is that a group of X-Men in the future, a dark future where most mutants have been hunted down and killed by government-mandated genocide (using giant robots called Sentinels), decide to try to change their present by sending one of them back in time to stop the problem before it began. The way they do this is by sending the mind of Katherine Pryde into the mind of herself as a teenager, Kitty Pryde of the X-Men.

You see, the Brotherhood of Evil Mutants are destined to kill Senator Robert Kelly, an anti-mutant Senator who wants to run for President. If they succeed, this will lead tot he backlash that made their timeline occur. So the idea is to avoid that by saving Kelly’s life. 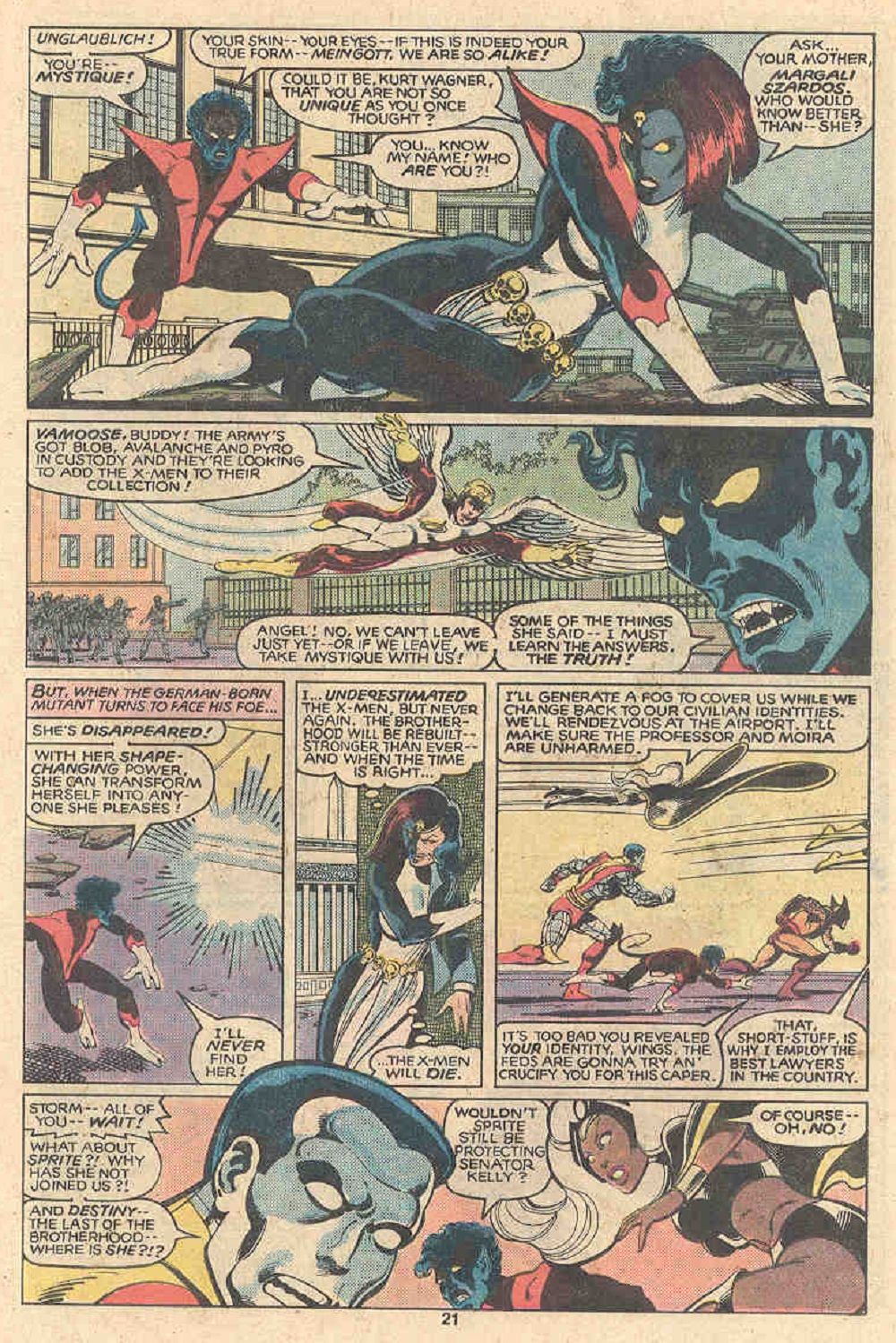 along with the future X-Men facing off against the Sentinels. 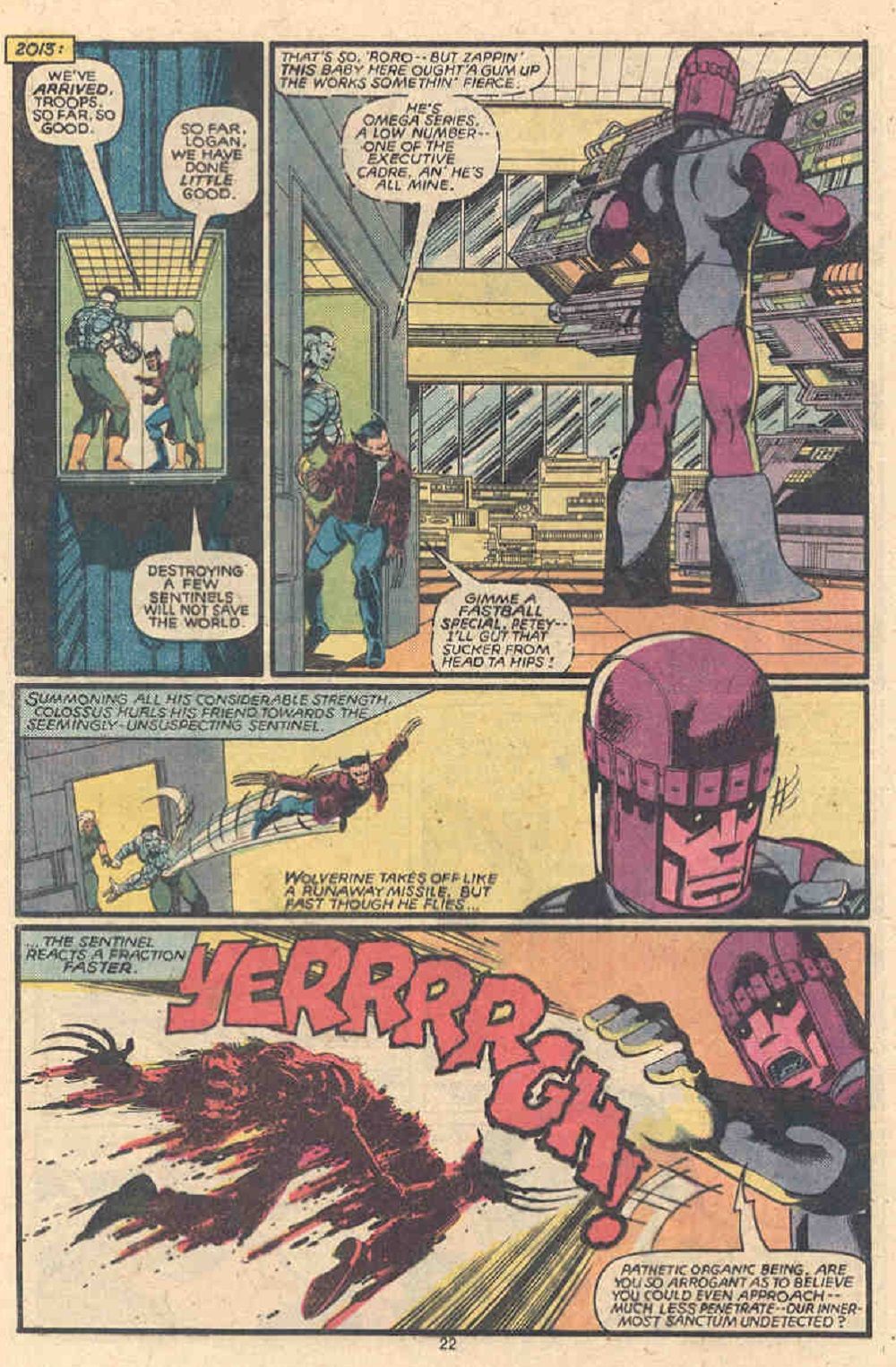 The battle between the X-Men and the new Brotherhood of Evil Mutants was one of the best battles Byrne and Austin ever drew.

So all in all, this story introduced the dark future timeline, which became a major trope for the X-Books (alternate timelines), plus introduced major characters like Rachel, the telepath who sends Katherine’s mind to the past, and a few new evil mutants who kept popping up over and over again over the years (Avalanche, Destiny and Pyro). Not bad for just a two-issue story arc!

This was also notable in that it was the last storyline that the classic X-Men team of Chris Claremont and John Byrne did on the book (Byrne left the book after one more issue, a classic Christmas tale).

In a lot of ways, Blackest Night is about the very artifices that make up comic book continuity, namely the false idea that comic book characters ever really die. In this storyline, a mysterious being shows up with Black Lantern Rings that can re-animate dead people.

Eventually, this approach even goes to those characters who were FORMERLY dead, as in this striking sequence in the fifth issue of the story… 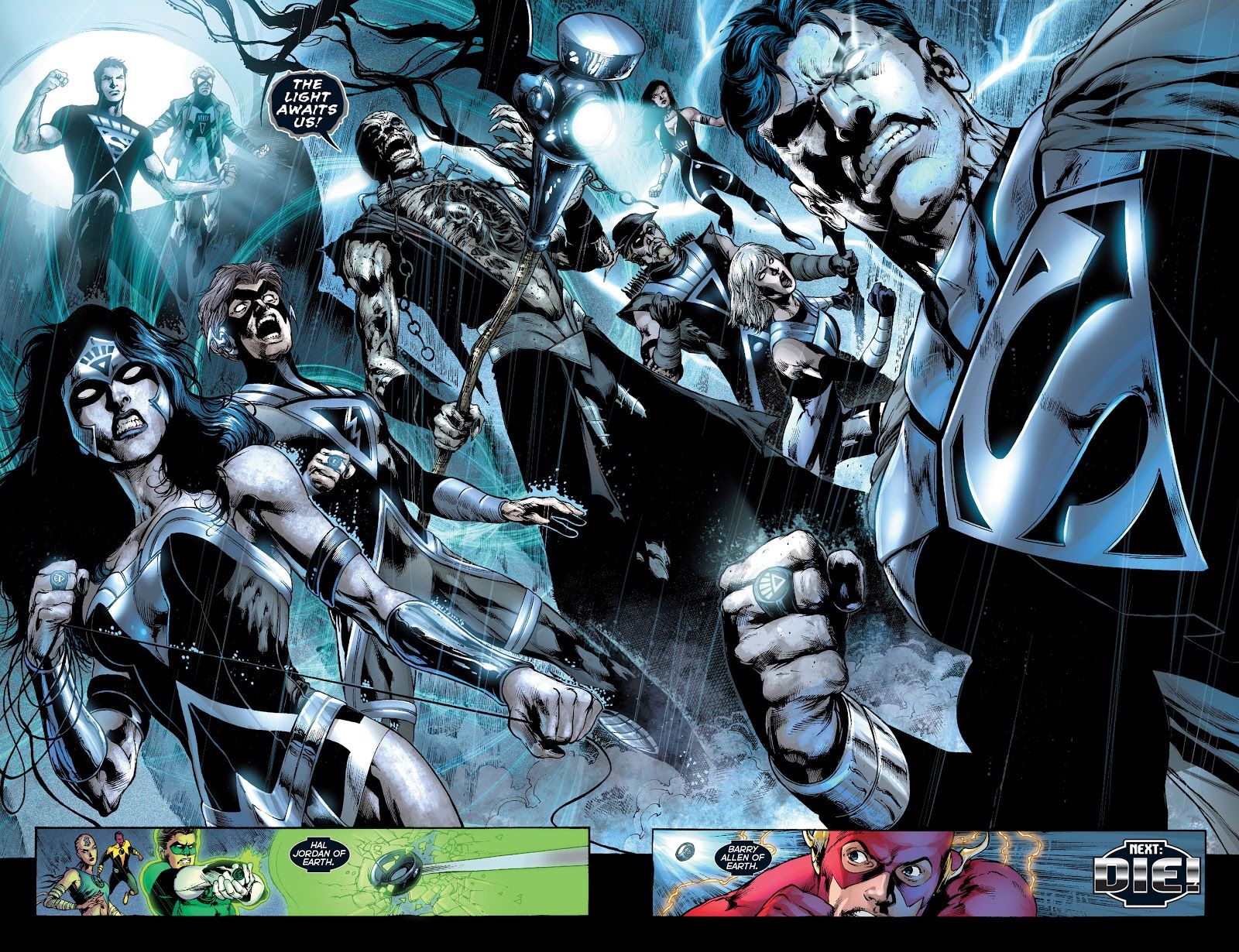 This is a grand, sweeping epic storyline with bold and dramatic storytelling by Ivan Reis. This storyline also paid off years worth of Green Lantern stories in a way that both resolved the original stories but also set the stage for a lot more stories (most notably the follow-up maxi-series Brightest Day).

For a story that was originally going to star Batman and the Joker, this sure did turn out to be a great Spider-Man story, huh?

First off, the very NOTION of one writer (John Marc DeMatteis) and one art team (Mike Zeck and Bob McLeod) taking over all three Spider-Man titles for two months to tell a six-part epic was, in and of itself, pretty revolutionary.

But DeMatteis’ idea of taking a fairly typical (by that point in time) Spider-Man villain, such as Kraven the Hunter, and then having him take his fight with Spider-Man to a whole new level (a level Spidey is clearly not prepared for) was a shocking idea… 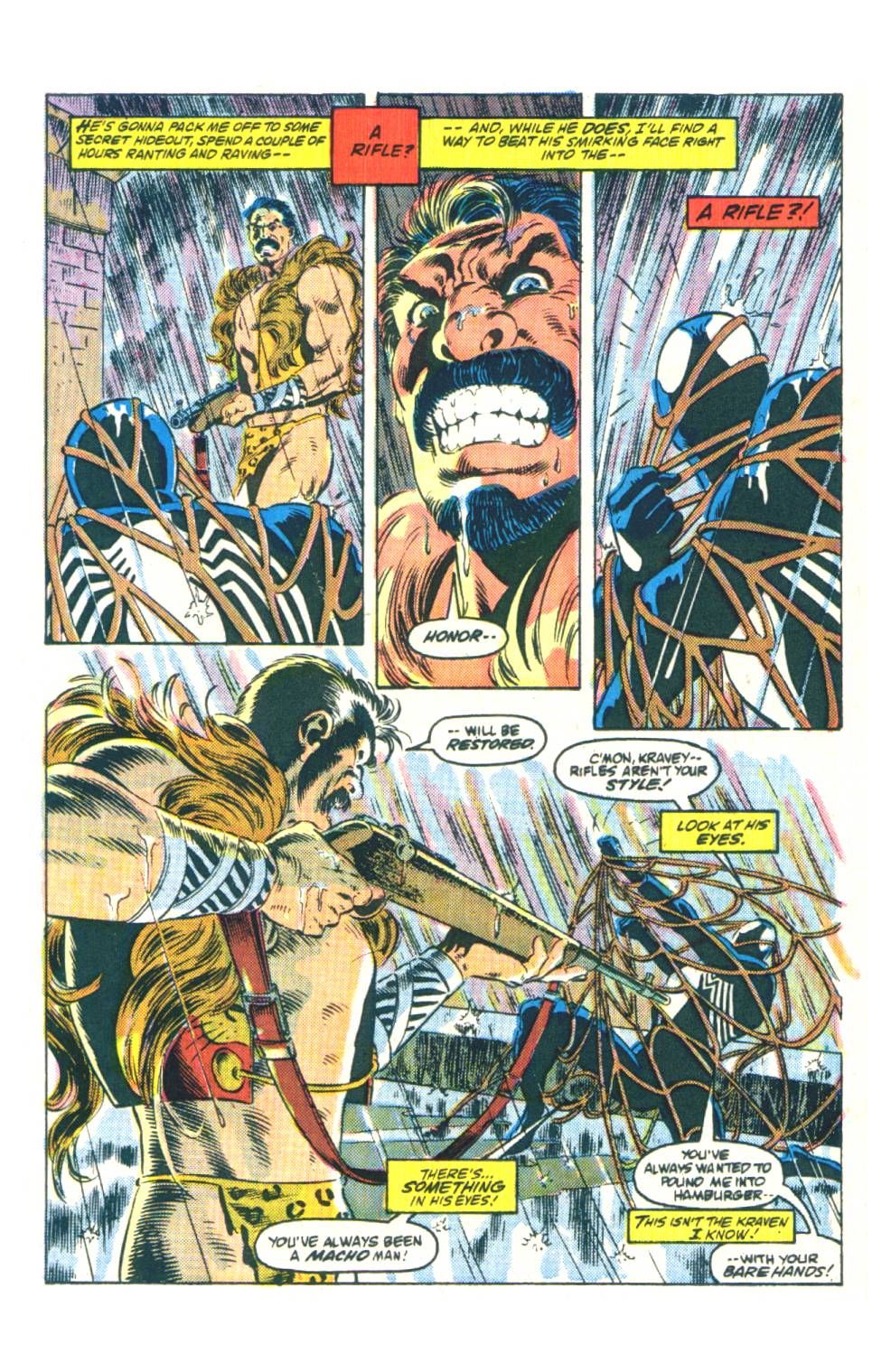 Kraven then dresses as Spider-Man and “bests” him at that, too (well, in Kraven’s mind, as well). Meanwhile, Spider-Man is buried alive. His love for Mary Jane, though, pulls him through, in a brilliant sequence… 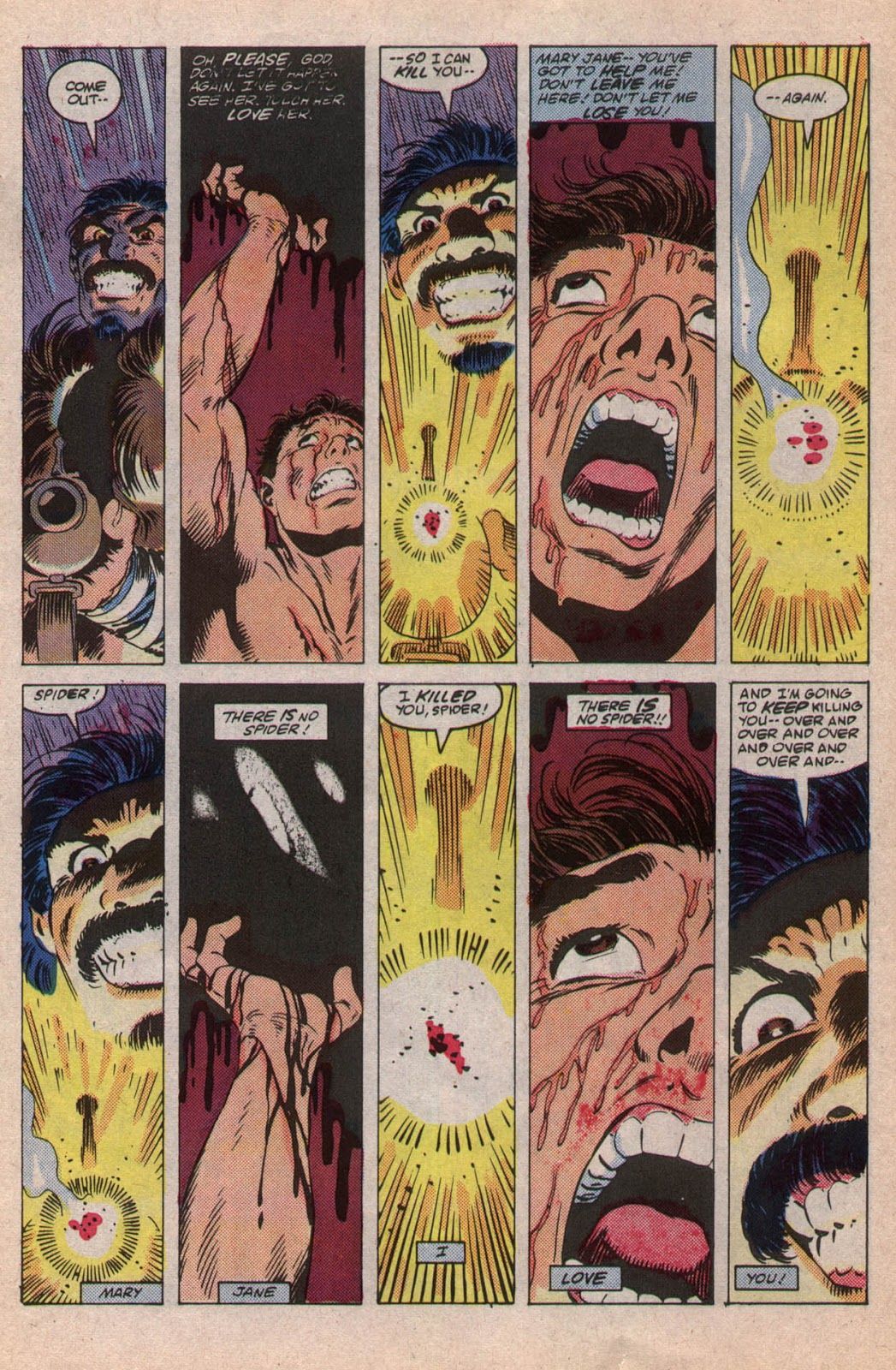 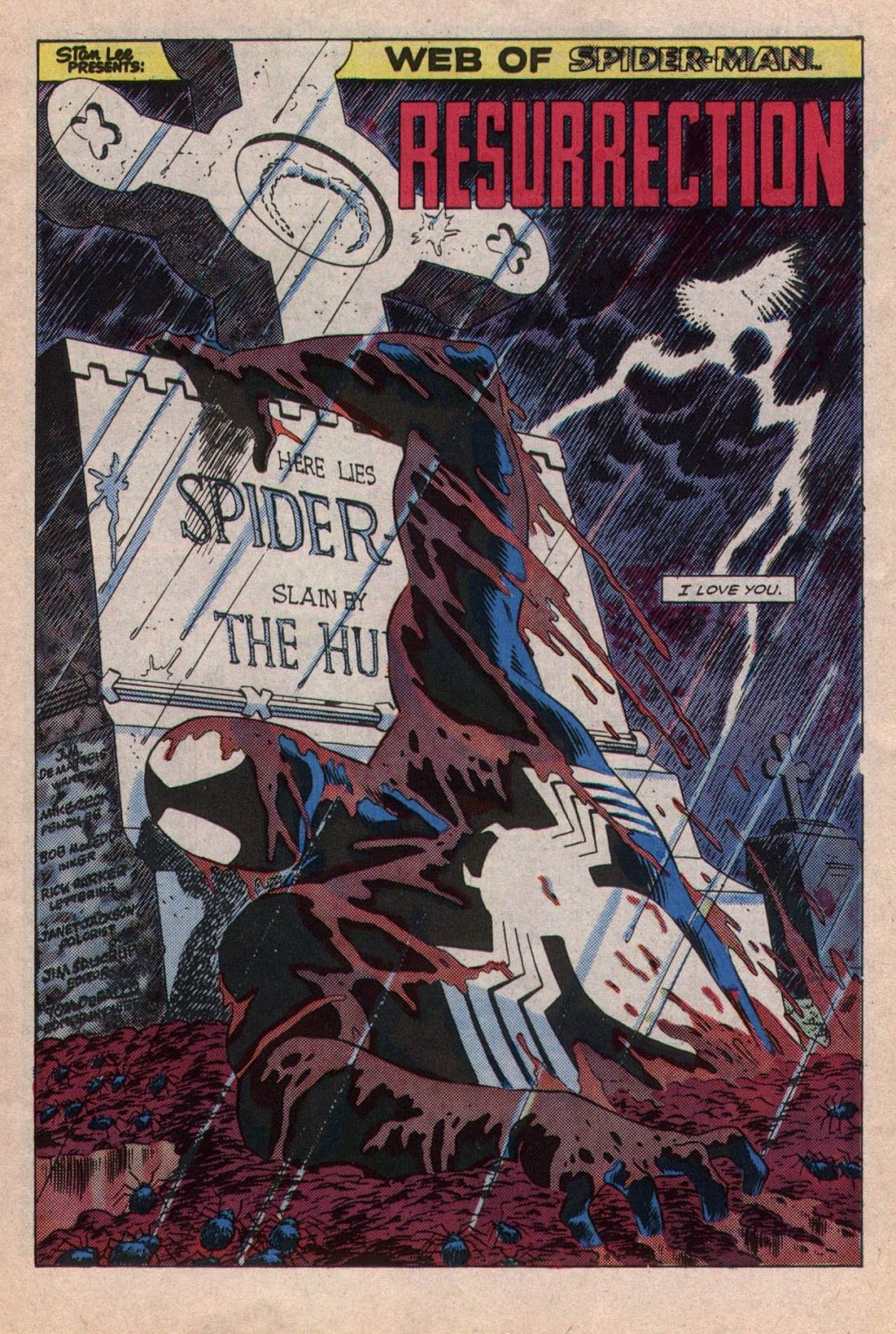 That’s already a ton of awesomeness, and we haven’t even gotten to the confrontation between Kraven and Spider-Man that follows!

A breathtaking piece of work that inspired countless imitations by other writers over the years. And, according to you folks, one of the greatest comic book storylines of all-time.

This epic crossover brought to fruition a number of ideas first introduced during Green Lantern Rebirth (the storyline where Geoff Johns returned Hal Jordan to life and the Green Lantern Corps to existence). Sinestro had returned during that storyline and in this story, he returns to vex the Green Lanterns with his OWN Corps – the Sinestro Corps! The idea of a Corps of yellow-ring wielding villains (chosen because they possess the ability to instill great fear in others) was an amazing high concept and this storyline opened with perhaps one of the most over-the-top thrilling debut issue you’ll see in superhero crossovers.

Kyle Rayner had temporarily been the host of “Ion,” the entity that essentially powered the Green Lanterns. In the debut issue of the story, Sinestro not only removed Ion from Kyle, but substituted Parallax, the YELLOW entity (that Johns had introduced in Green Lantern Rebirth)… 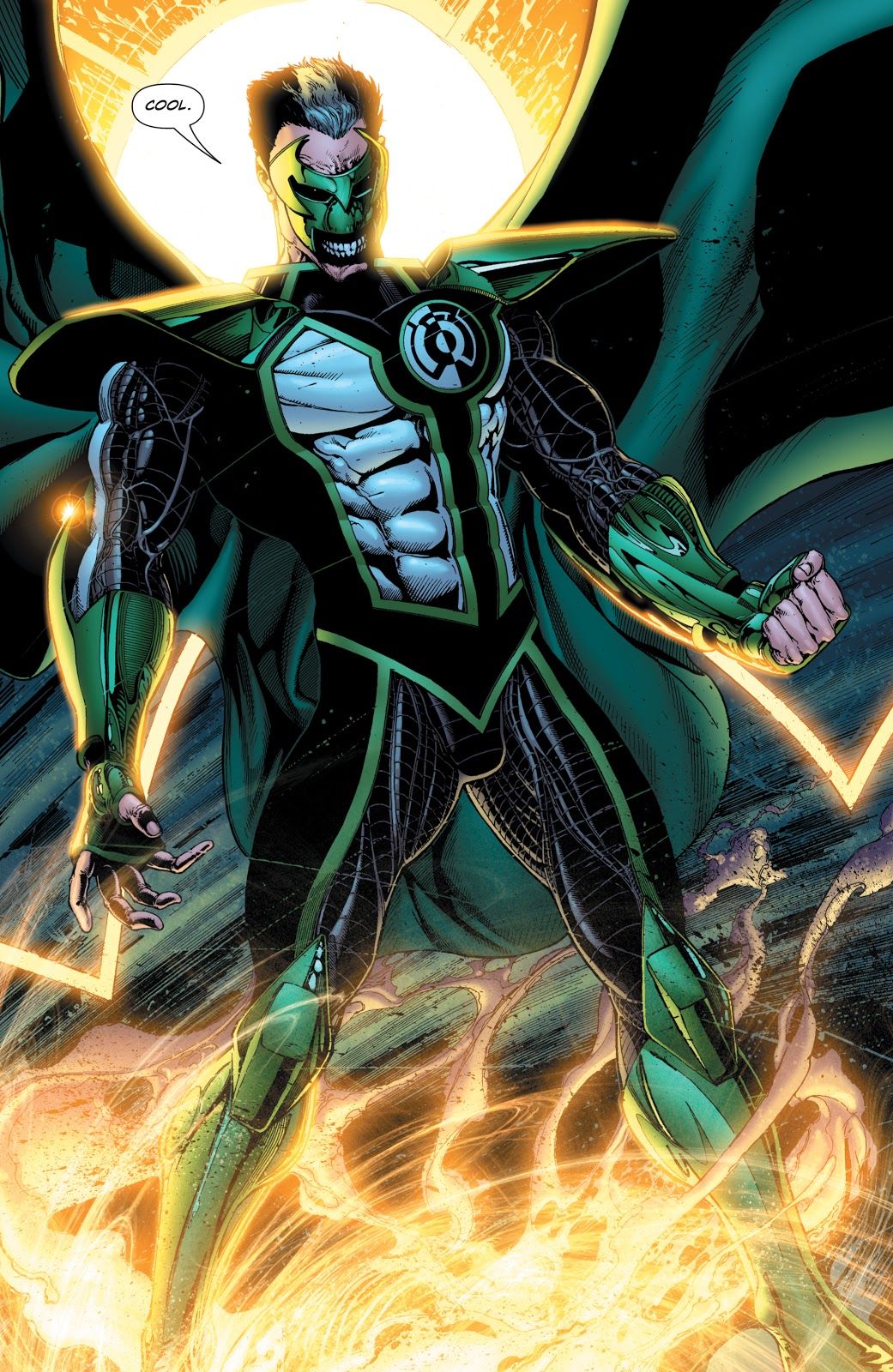 What a stunning sequence. Kyle is transformed into the same entity that he was basically empowered to defeat back in the 1990s, and all while wearing a twisted version of his iconic 1990s outfit. What a way to start a crossover!

This was very much the end of the first “book” of Geoff Johns’ Green Lantern run, as the idea of yellow power rings would soon influence the expansion of this concept, into a whole rainbow of colored Corps (that story would ultimately end up in the Blackest Night crossover event). Another major aspect of this story is that it led to the Green Lantern Corps becoming darker and more militaristic – their views on killing, for instance, were ultimately forced to be relaxed to deal with the wife range of attacks that they were suffering form the sadistic Sinestro Corps.

The storyline featured a number of major battles, but the final one, naturally, took place on Earth, with the forces of both armies colliding together on the planet that has given us way more Green Lanterns than any other planet. Ultimately, Johns uses the story to get to a fascinating statement about the power of fear and what a group of people can do when they can collectively stand up to fear. It’s awe-inspiring, honestly.

Investing In Namor On A Budget: What to Watch For