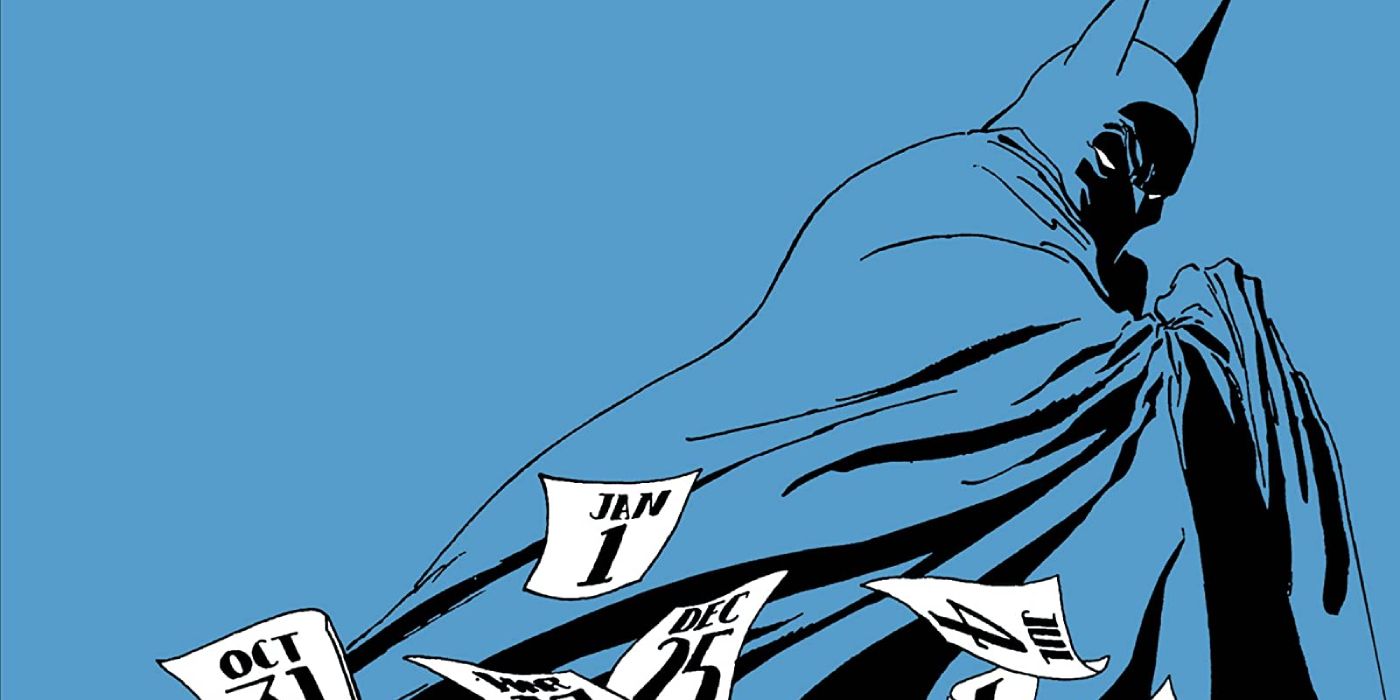 Today, we continue our countdown of your picks for the greatest comic book storylines of all-time with #12-10.

Probably the most notable aspect of the Great Darkness Saga is just how well Paul Levitz and Keith Giffen developed the drama of the storyline. It was very much a slow burn as things slowly got progressively worse until, well, all hell broke loose at the end of the story.

Larry Mahlstedt was Giffen’s inker at the time, and the duo produced some strong, dynamic and characterization-filled artwork.

After some small references in the issues before, the storyline began proper in Legion of Super-Heroes #290, as some mysterious powerful “dark” creatures keep popping up around the world capturing items of power, with the Legion trying (to no avail) to stop them at each opportunity.

In the next issue, the situation continues to deteriorate, and the mystery of WHO these “dark warriors” are becomes a bigger issue, as it APPEARS as though the dark creatures are actually powerful beings from the past – beings that have been long dead for years (centuries in some cases).

The slow burn is perhaps highlighted by Dream Girl having a dream of the future and, well, the dream not going so well for the Legion.

The Legion keep finding setbacks in their fight against the dark ones until finally having a minor victory in #293, but even in victory, things look pretty damn bleak, as the big bad guy has turned the entire populace of Daxam into essentially an army of Supermen… 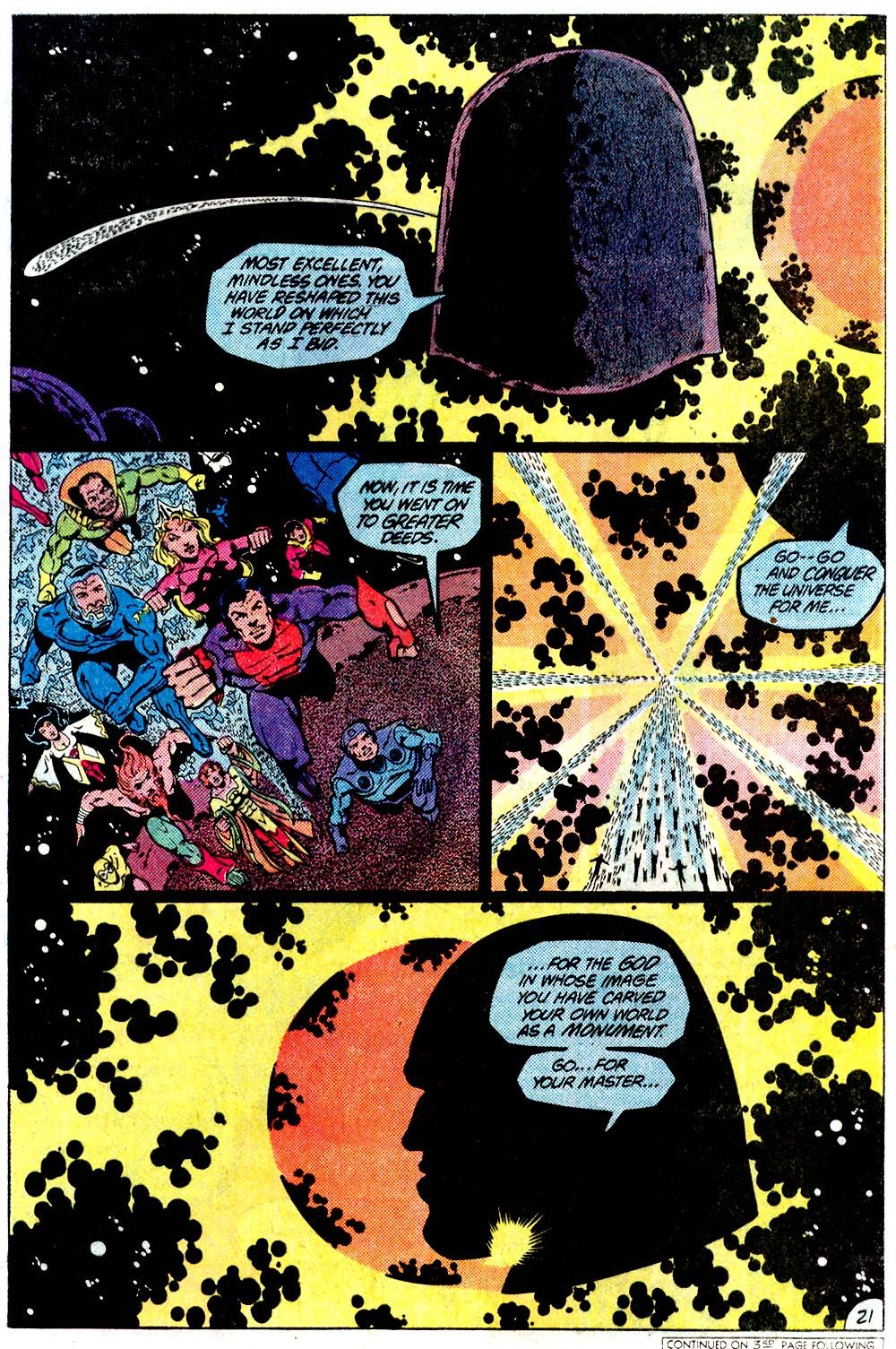 …and that’s before they reveal that Darkseid is the big bad guy!!! 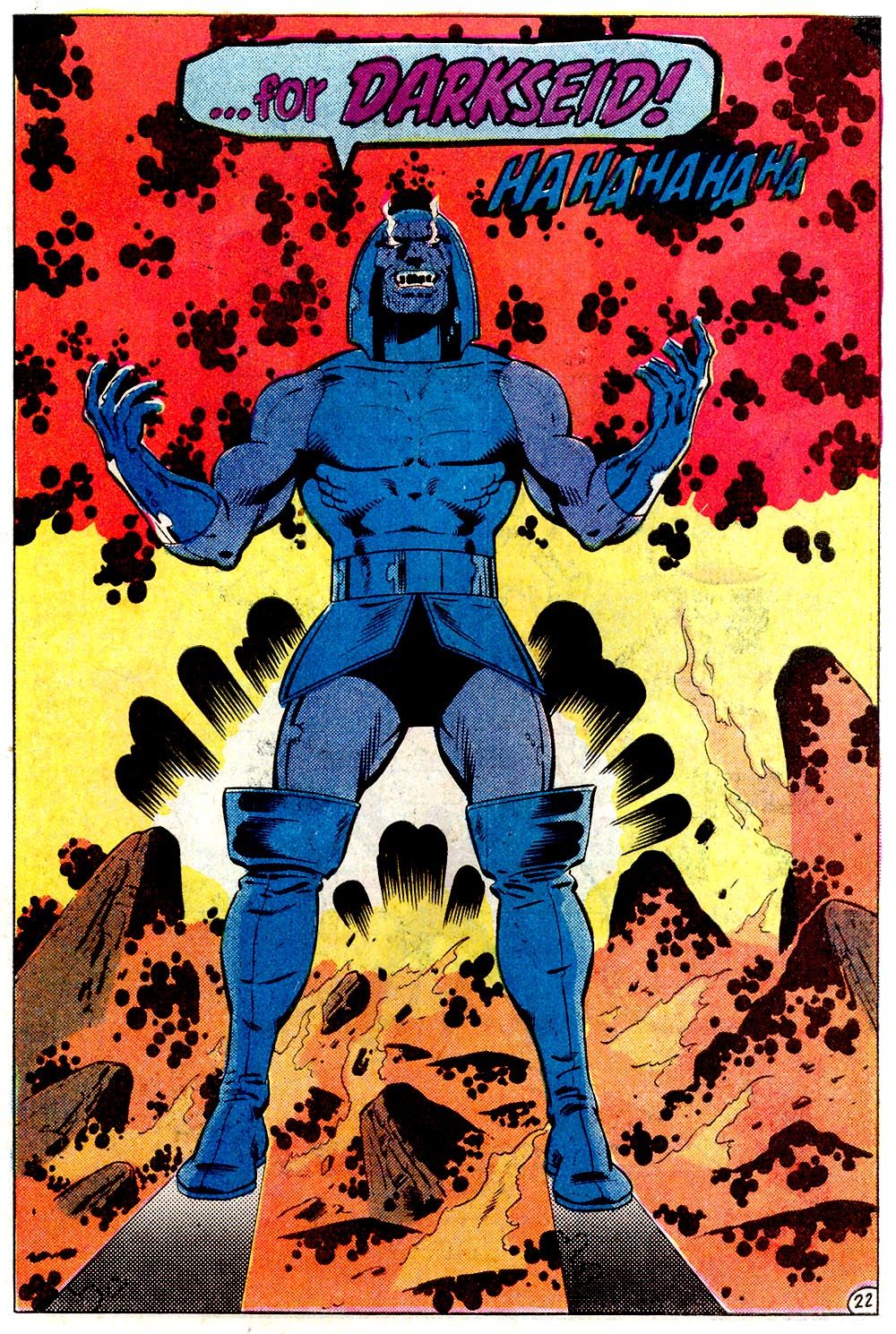 The impact of that reveal was a lot bigger back when Darkseid was not such a popular villain for people to use (how freaky is seeing the brainwashed super-powered Daxamites use their new powers to literally sculpt their planet so that it looks like a giant vision of Darkseid’s head?!!? Holy crap!).

And that, of course, leads into a dramatic last issue that has all the drama and action you would expect from the previous issues, as Darkseid eventually takes the fight directly to the Legion. Of course, this being a superhero story, there has to be a final twist to save the heroes (hint – it involves a mysterious looking boy who showed up at the same time all this other stuff was going down). But here I think Levitz and Giffen played fair and the twist was realistic. What a wonderfully told story.

Jeph Loeb and Tim Sale had already produced three great annual specials spotlighting Batman during Halloween. So they decided to do one better by doing this epic year-long mini-series where they had us follow Batman from one Halloween to the next by following Batman trying to hunt down the mysterious villain Holiday, who murders people on holidays, one a month. Here’s an example from Valentine’s Day… 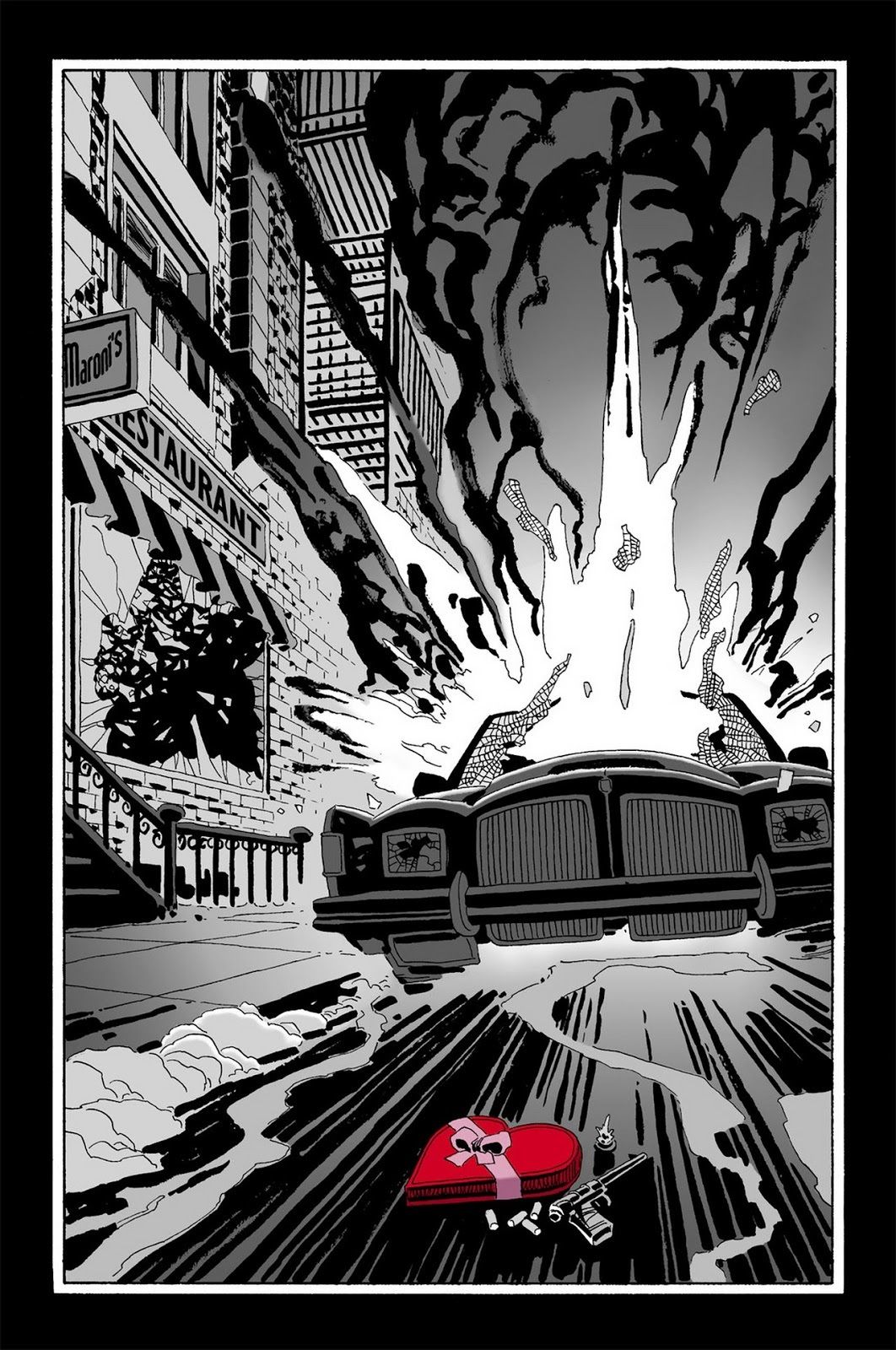 The comic is set in Frank Miller’s Year One timeline, with the backdrop of the murders being the crime war between the Maroni and Falcone crime families. In addition, the comic deals with District Attorney Harvey Dent becoming Two-Face for the first time. This comic was a major influence on Christopher Nolan’s Dark Knight trilogy of films.

An undercurrent throughout the work is that this is the small period in Batman’s life where he thinks that he might actually be able to pull off a war on crime. 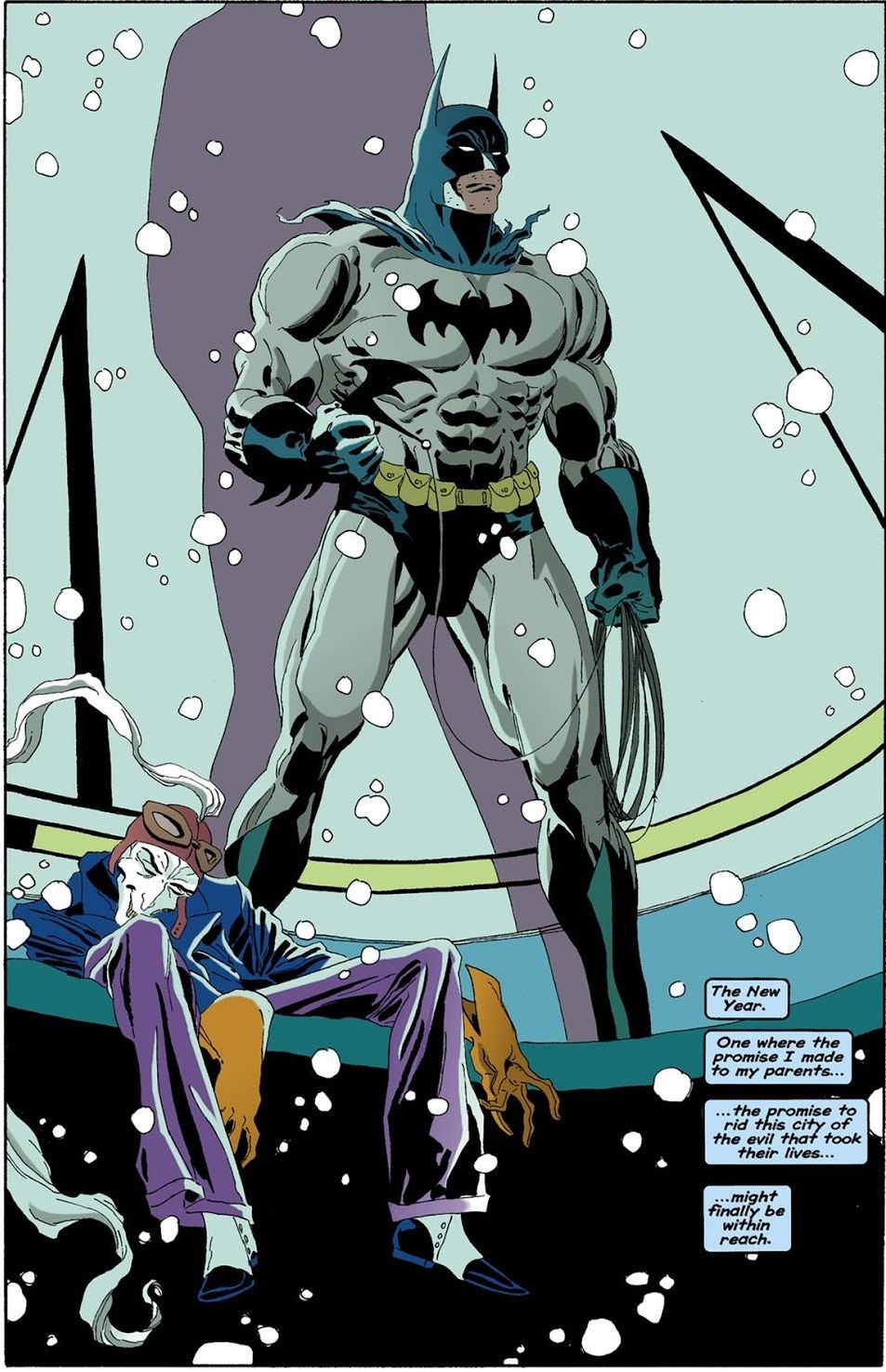 “Season of Mists” was a landmark arc during Neil Gaiman’s Sandman tenure, as this was the story that introduced the concept of the Endless (Dream and Death’s other siblings) as well as created the set-up for Mike Carey’s Lucifer series.

In the story, Dream is shamed into attempting to rescue his former love, who he, in a fit of rage, banished to hell thousands of years ago. He steels himself for a battle with Lucifer, who Dream knows is not pleased with him. Dream could not expect, however, how Lucifer decided to deal with him – when Dream shows up to fight with Lucifer he learns that Lucifer has closed Hell and he gives Dream the key to hell. 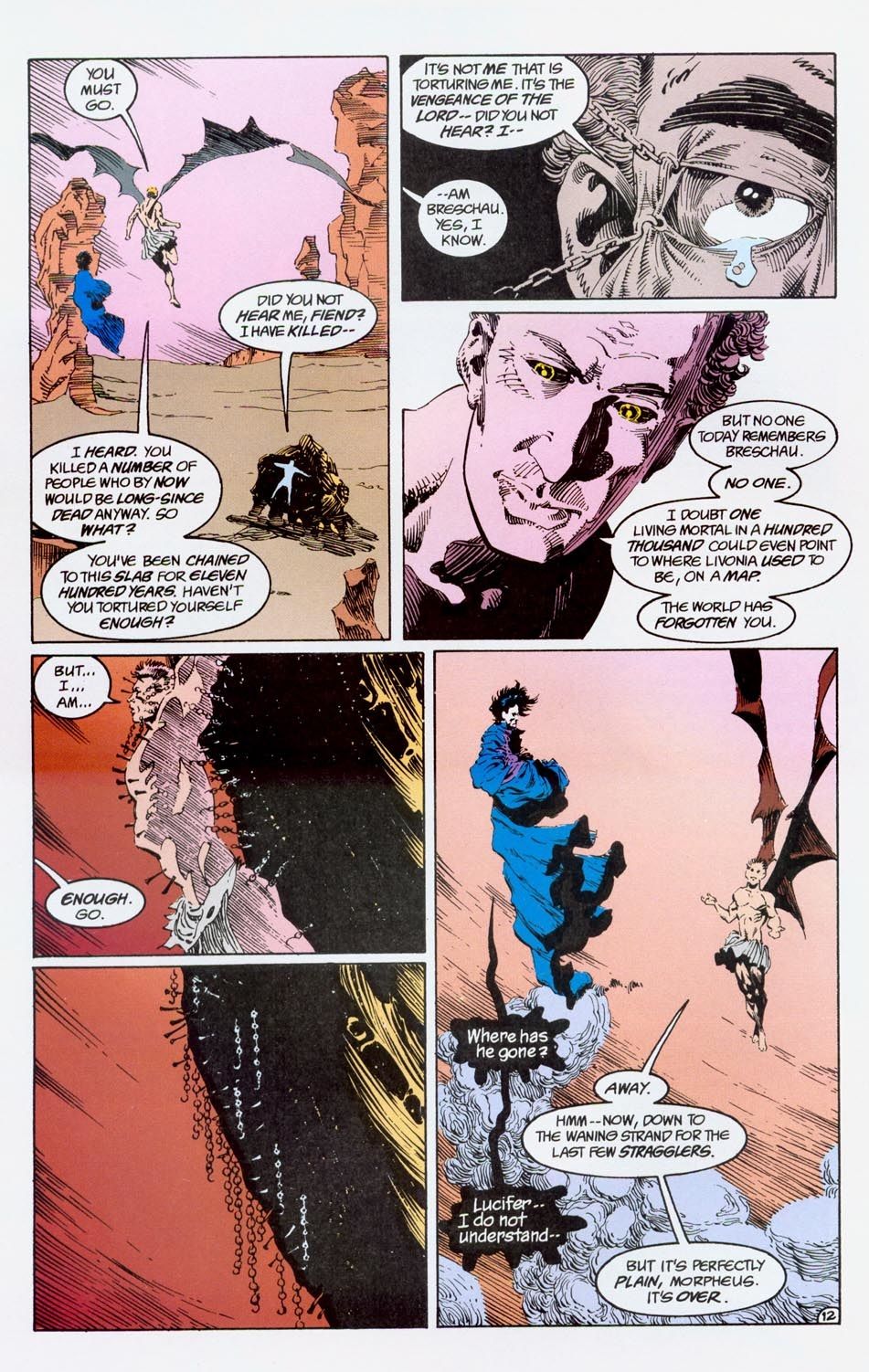 What follows next is an entertaining exploration of what the universe would be like without Hell, along with a brilliant piece of mythology work as Gaiman shows all the various other deities (like the Norse Gods and the Egyptian Gods, etc.) showing up to bargain with Dream for the rights to such prime interdimensional real estate.

Gaiman has had great success over the years working with various mythologies and their deities, and that fascination really began here.

Plus, the interlude showing the effect of no hell on Earth is one of the most charming issues of Sandman ever, as a young boy left behind at a boy’s school during winter break finds himself tormented by all the boys and teachers killed at the school over the years. He makes friends with one of the ghosts and when his torment is to the point where he, too, dies, he can’t bring himself to leave his new friend… 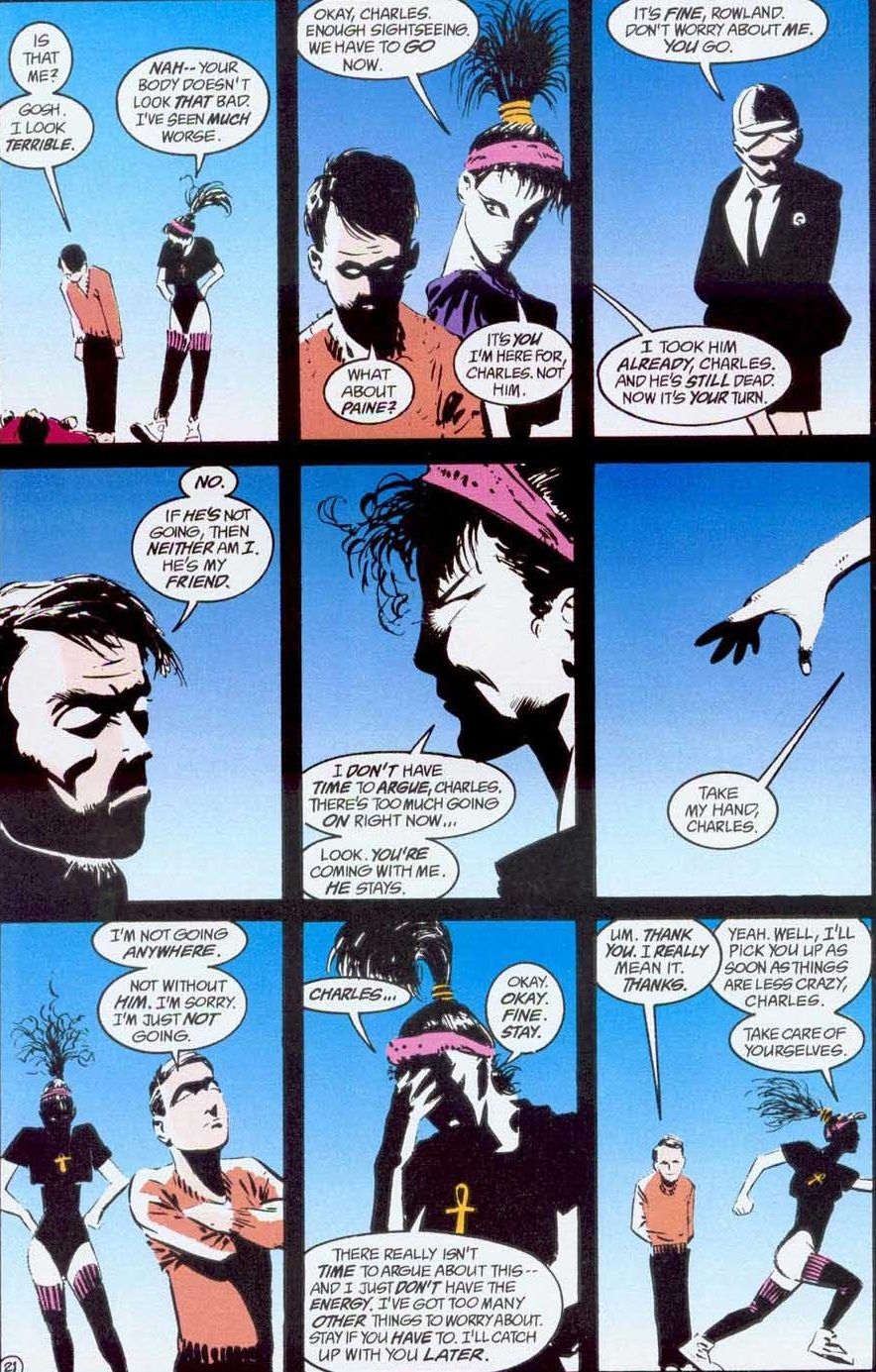 They decide to become ghost detectives, otherwise known as the Dead Boy Detectives, characters so cool that they eventually got their own spin-off series years later!

The artwork is strong in this storyline, with Kelley Jones in particular really doing a wonderful job with the moodiness of his issues.