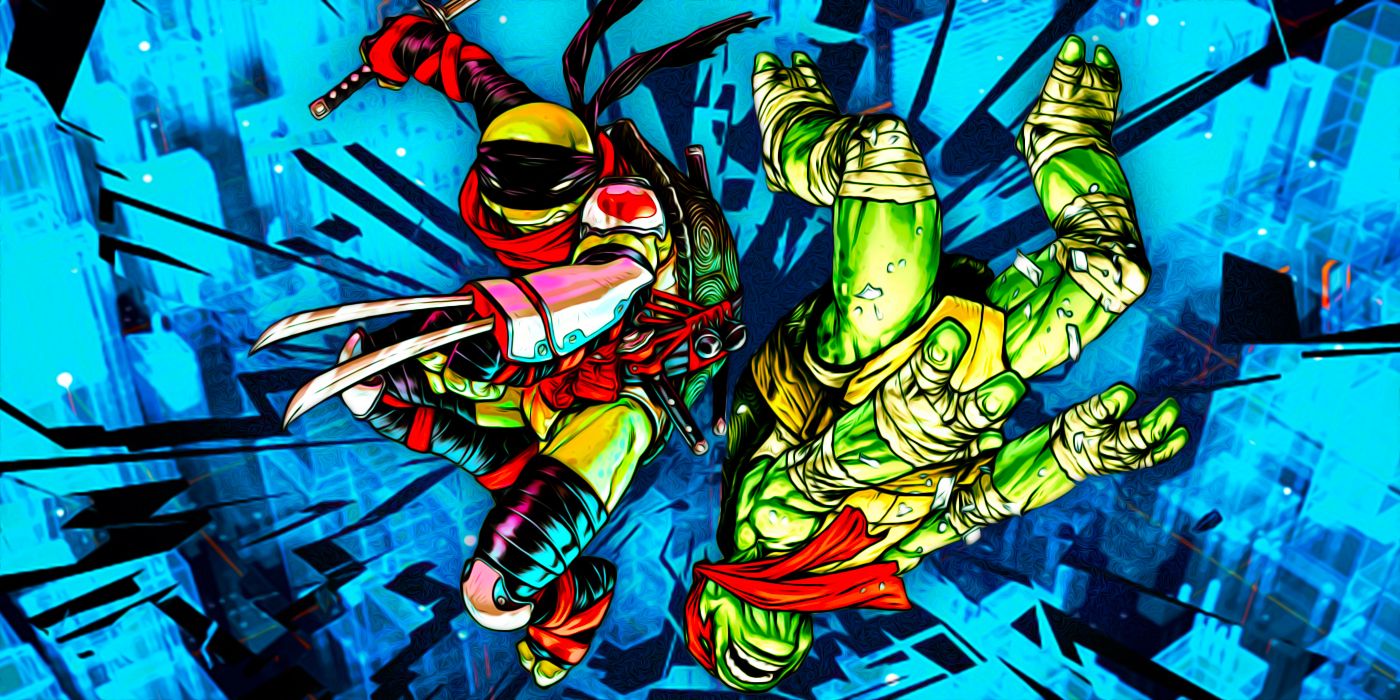 The Teenage Mutant Ninja Turtles have long been ripe for remakes and reboots. While they were created for comics by Kevin Eastman and Peter Laird, it’s often the animated and live-action translations to television and film that are most fondly remembered. These adaptations can be fun, but they tend to fall short of the level of violence encapsulated by the comics.

The current IDW series made in collaboration with Eastman and Laird have found a perfect balance between cartoon silliness and comic brutality, especially in the spectacular story-arc “City Fall.” It would make the perfect Ninja Turtles movie, but unfortunately, it’s far too traumatizing to ever appear on the big (or small) screen.

The arc begins in Teenage Mutant Ninja Turtles #22 (by Kevin Eastman, Bobby Curnow, Tom Waltz, and Mateus Santolouco), where Raphael and Casey Jones are ambushed and kidnapped by Foot ninjas. The turtle escapes the van he’s loaded into almost instantly, but this all turns out to be part of Shredder’s plan. Using Casey as a hostage, he lures the turtles out to the docks, and while they plan their attack in the shadows, he stabs Casey in the ribs. This sends Raphael into a screaming frenzy, threatening to kill every foot clan member in sight. When the dust settles, Leonardo has been captured, but with Casey in critical condition, the Turtles retreat without their leader in hopes of keeping Casey alive. 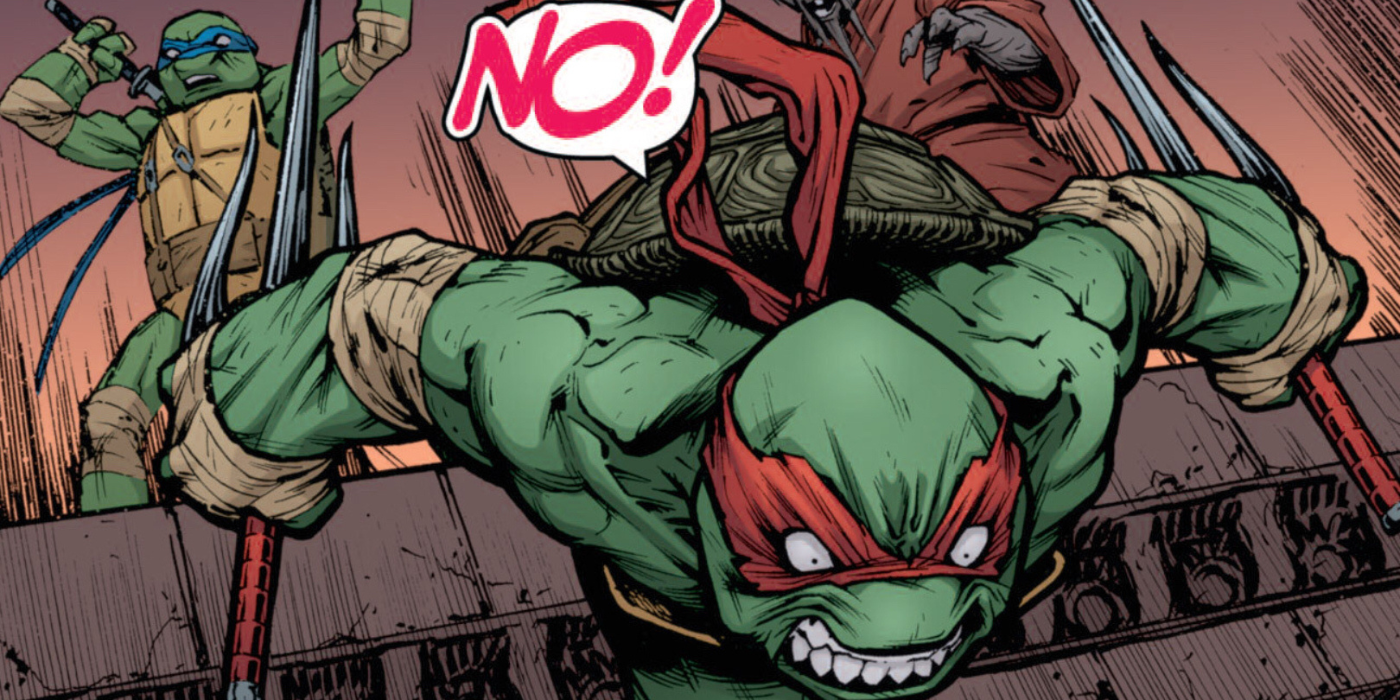 Old Hob, a cat-faced mutant who is a new addition to the IDW comics, has been a recurring villain since issue #1. But in “City Fall,” things have gotten so dire that Hob and Splinter are willing to put their past aside. Fearing the rise of Shredder’s forces, Hob plots to create a mutant army, and recruits Splinter to steal mutagen from the lab that initially held the turtles in issue #26. Splinter, desperate to retrieve the brainwashed Leonardo, complies in this, albeit begrudgingly. While it’s easy to understand what made Splinter work against the law, it might be a little too morally dubious for modern superhero movie audiences or children’s television.

Leonardo’s kidnapping is probably the most traumatic element of the story. Shredder’s not just trying to get the leader of the Turtles out of the way, he wants Leo as a Foot Clan general. In issue #23, Shredder utilizes the talents of Kitsune, a mystical shapeshifting fox-being, in order to bend Leonardo’s mind, resulting in horrific hallucinations. Splinter morphs into a hoard of grotesque zombie-rats, and Shredder pokes and prods at the turtle’s morality until he becomes a killing machine. Past TMNT stories have often featured Raphael embracing his dark side (he actually donned the mantle of Shredder in the Image comics), but watching Leonardo doing the Foot Clan’s dirty work is something entirely different. By the end of “City Fall,” he snaps out of his trance, but he never fully recovers from the experience. When Splinter reaches out to comfort him, Leonardo is still tense, and demands that he not be touched.

Another element that is a little too dark for other media is “City Fall’s” gritty portrayal of street crime. The criminal underworld isn’t a one-sided anti-turtle operation, it’s a complex series of factions that want many different things for different reasons. The conflict in the story doesn’t come from Shredder challenging the law, but from challenging the balance of the previously established criminal underworld. This increased turmoil leads to even more chaos. Cops are on the Foot Clan’s payroll, so the Turtles really are the only weapon the city has against Shredder’s forces. While searching for Leo in issue #26, Raph gets so fed up with the corruption of the police that he threatens to hit an officer with the “business end” of his sais, before Michelangelo interferes.

Related: Ninja Turtles Gave Raphael a New Job – and It Almost Got Him Killed 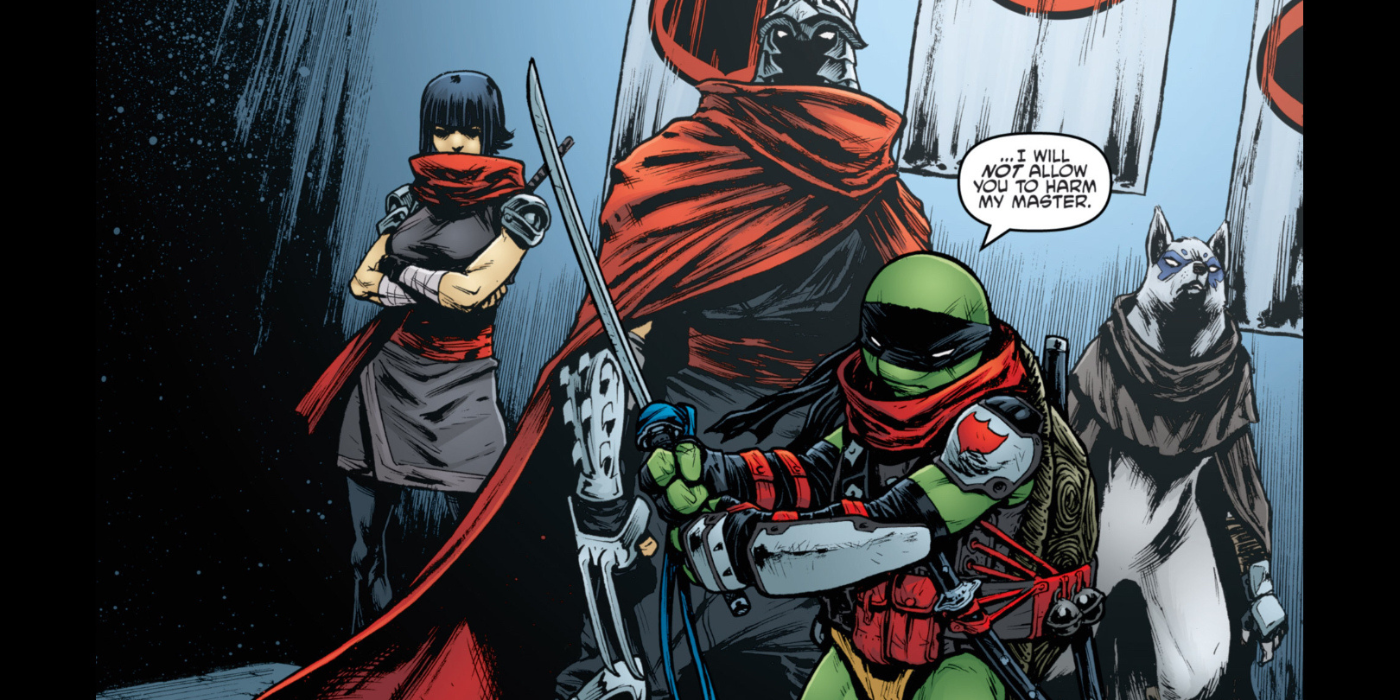 One of the most obvious thing that keeps “City Fall” from being the next Nickelodeon-sponsored movie is the fact that the characters actually use their weapons. Much of the arc revolves around Shredder’s battle with another city-dwelling ninja clan, the Savate, who deliver a severed hand as a message of war in issue #25. It probably wasn’t their smartest move, though, as this ends up getting their leader decapitated in front of all the rival gangs of New York two issues later.

With betrayal, intrigue, and stakes higher than ever before, “City Fall” works on so many levels. It’s got plenty of lighthearted moments — Mikey befriending Slash with the power of candy bars, for example — but it’s focused on giving the family lasting trauma that affects them for the rest of the series. It’s something TMNT fans have wanted for a long time, that truly dark chapter of their lives, but it’ll probably never appear anywhere other than the comic pages. It might not be the most uplifting story in the Ninja Turtles mythos, but its unique blend of action and suspense makes it nearly impossible to put down.