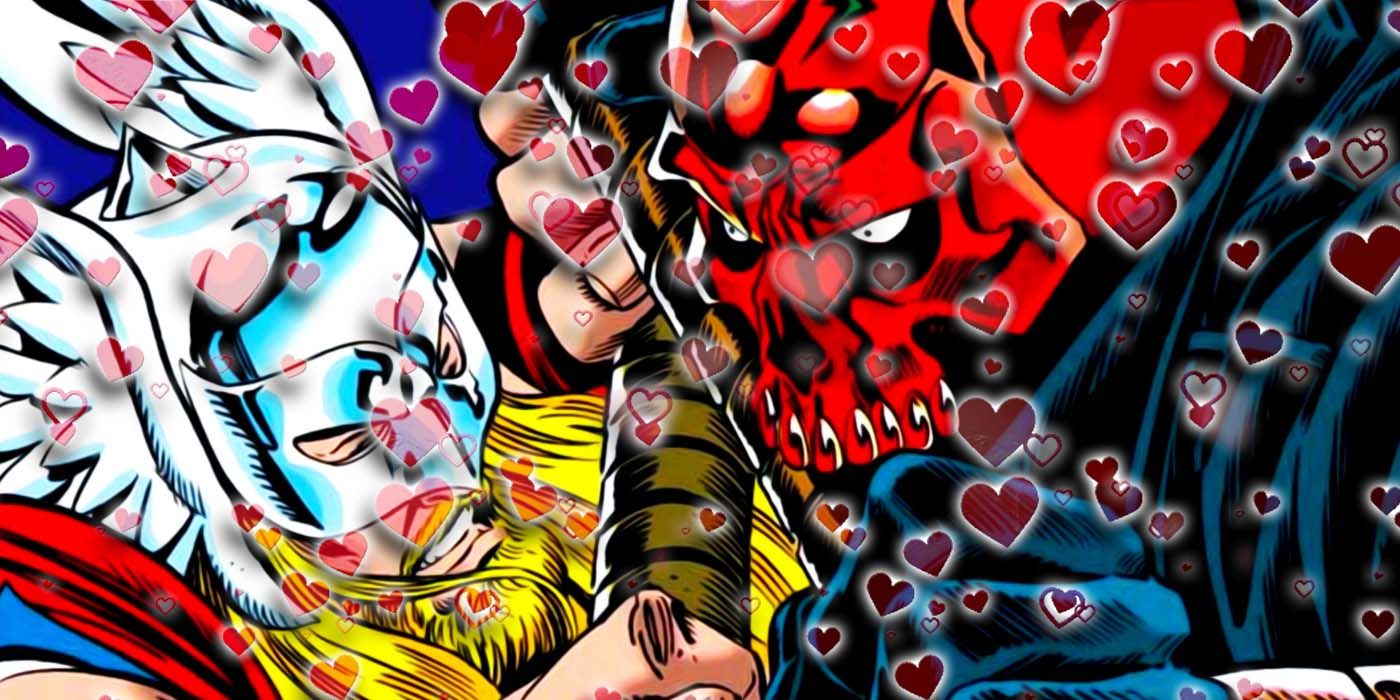 The typical love interests of Thor, the God of Thunder are Jane Foster and the Lady Sif, but these aren’t the only leading ladies to be found worthy of his “love and thunder.” There have been different versions of Thor, with different people taking up the hammer and the mantle. The result of this was a more mortal God of Thunder being besieged by an old lover with a much bloodier appearance than usual.

Bloodaxe seemed to be one of several gritty weapon-wielding characters from the ’90s, but she, in fact, had a rather tender history with Thor’s then-current mortal form. Her identity was definitely a surprise, given that her appearance didn’t suggest a woman at all. As weird as this “romance” seemed to be, there’s a possibility that it could appear in some form in the Marvel Cinematic Universe. Here’s a look at the torrid love between Thor and Bloodaxe, his grittiest love interest yet. 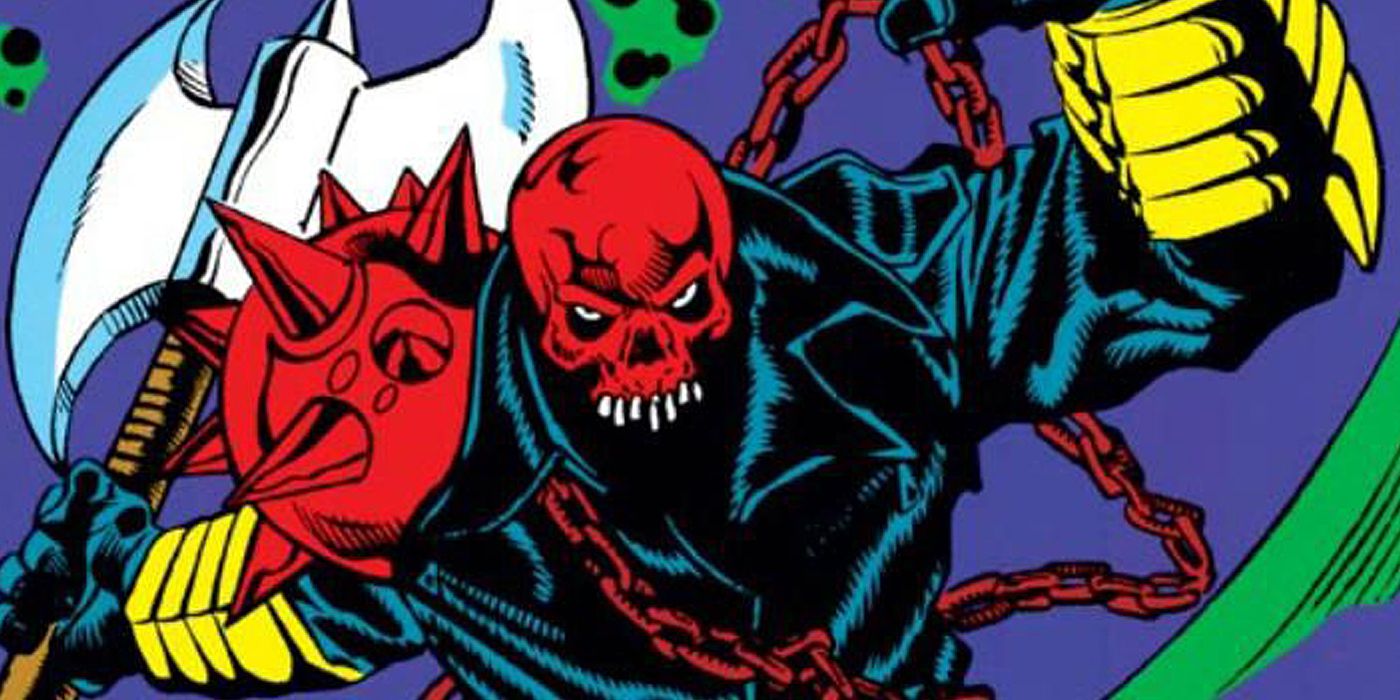 Bloodaxe got her name from her weapon of choice, which was in fact the enchanted axe of the deceased Skurge the Executioner. This axe contained the essence of the evil that he once held inside of himself, making it pose a moral threat to whoever dared wield it. The weapon was sought after by familiar Thor foes such as the Enchantress, but she was warded off by Skoll, the Wolf God. A nearby mortal, however, did take the axe upon themselves, becoming filled with otherworldly power and a sense of moral superiority.

Like so many other vigilantes of the era, “Bloodaxe” took it upon herself to mete out violent justice against crooks and evildoers, with heroes like Thor and Doctor Strange coming into conflict with the mysterious individual. Thor at the time was actually the mortal man Eric Masterson, and when the real God of Thunder came back, Masterson became Thunderstrike. Thunderstrike finally defeated Bloodaxe, solving the mystery of her secret identity once and for all. It was in fact Jackie Lukus, a flame of Eric’s who had become empowered by the weapon. This secret was kept by the fact that the axe’s power gave her an incredible Asgardian physique, making the masked warrior’s gender ambiguous. Since the axe’s subsequent destruction, Bloodaxe hasn’t really been around, but she just might be able to jump into the MCU.

RELATED: The Strangest Avengers Team Could Be the MCU’s Secret Weapon 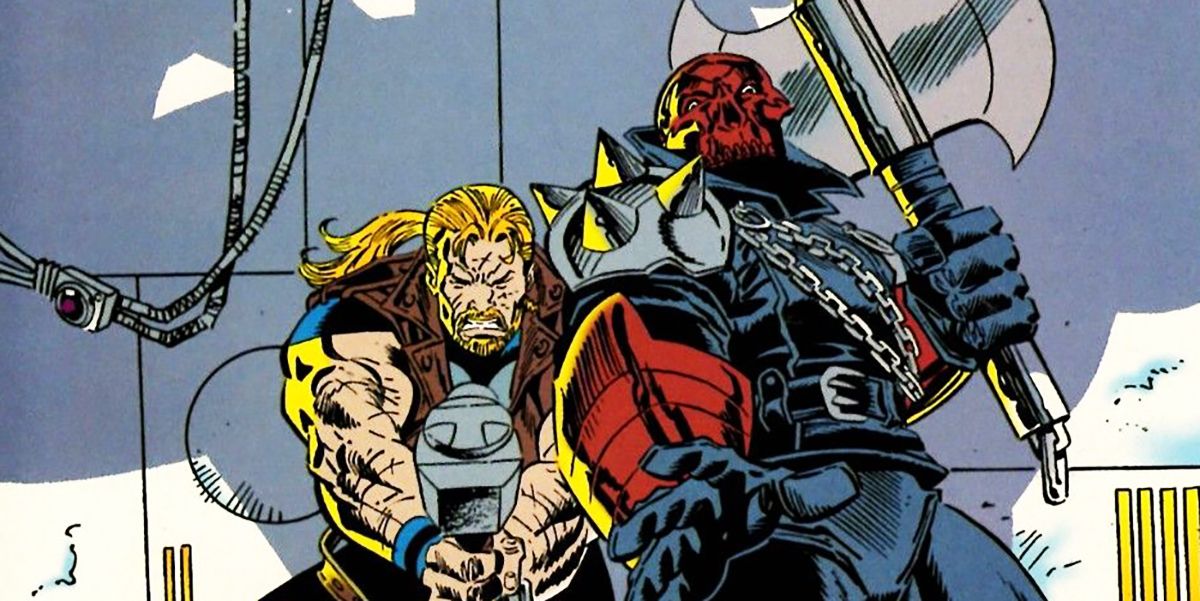 The cinematic version of Thor is sure to get quite a shake-up with his latest film, Thor: Love & Thunder. The movie will have Jane Foster, Thor’s old flame, coming back and becoming empowered through his hammer herself. Much like in the case of Eric Masterson, this shows how anyone who’s worthy can wield the weapon known as Mjolnir. It could also open the door to Bloodaxe making an appearance through another similarly enchanted weapon.

Thor’s been shown in early images for the film as dressing like Thunderstrike, further hinting at a version of that storyline. Likewise, the Executioner is dead, so his enchanted axe logically could show up in the MCU. This gives the possibility of Bloodaxe showing up, though there are some problems potentially hindering this. For one, the big reveal of her being a love interest of Eric Masterson’s would fall flat without Masterson himself being established.

Likewise, Skurge’s axe randomly having its own similar powers might be too much of a literal deus ex machina if introduced in one film. The axe somehow ending up on Midgard would be even harder to explain. Then there’s Bloodaxe’s appearance being almost completely unfeminine, which would definitely create an… interesting image on the big screen. In the end, this love interest of Thor might be just a bit too extreme for the big screen.

Outside the Panels with Janine Acheson & Tom Sniegoski