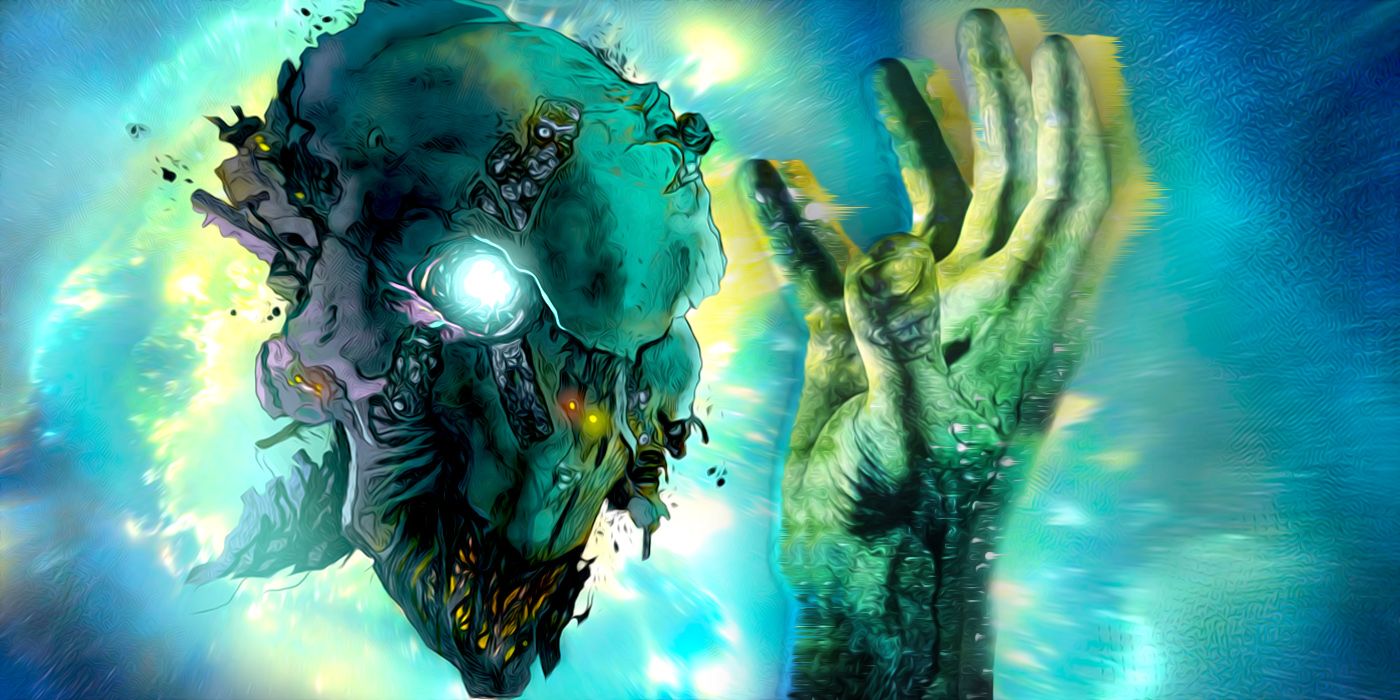 As the Asgardian God of Thunder, Thor is privy to all manner of cosmic locales throughout the nine realms and the galaxy as a whole. These include his home of Asgard and the realm of the Frost Giants, but perhaps no region is as disgusting as the one he recently visited in Thor #19 (by Danny Cates, Nic Klein, Matt Wilson, and VC’s Joe Sabino). On a quest to recover his lost hammer, the God of Thunder finds his father Odin fighting on a “planet” that is actually a giant rotted hand.

This absolutely gross image isn’t exactly new in the Marvel Universe, with Celestial bodies and giant space people becoming much more common in recent years. Even still, this image is disgusting enough to put Knowhere from Guardians of the Galaxy to shame. Here’s an even closer look at the only stadium in the Marvel Universe that comes with rigor mortis.

RELATED: Thor and Batman Have One Very Disappointing Thing In Common 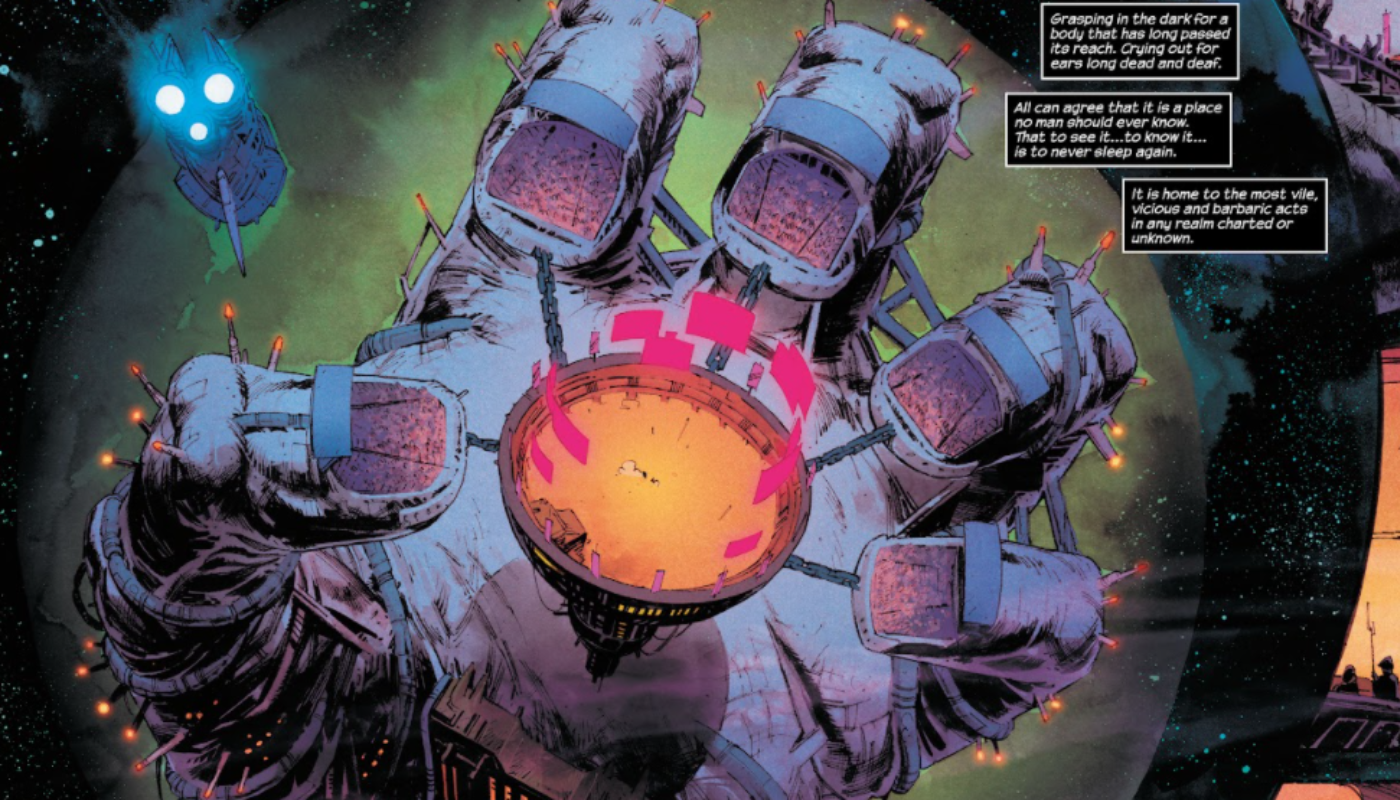 After talking to Sif about where his hammer could be, Thor begrudgingly goes to consult another potential source of wisdom: his father Odin. The former king of Asgard is currently not in the realm, however, and is instead locked in combat on one of the Marvel Universe’s most grisly battlefields. The location of this fight is known by several names, including the Black Hand of God and The Pit. It’s supposedly the remnants of a long deceased creature who was one of the victims of the former King in Black Knull.

Said remnants are nothing more than the creature’s severed hand, which is incredibly large. Its palm holds the arena where fighters give their all, with the fingernail sections of the greying and decaying hand being converted into bleachers. At the wrist section are what look to be several ports for spaceships to dock, with one of these ships oddly resembling an old West pistol. The visual image of The Pit is disturbingly gruesome, but is befitting for a place that grants many of its fighters a final resting place. 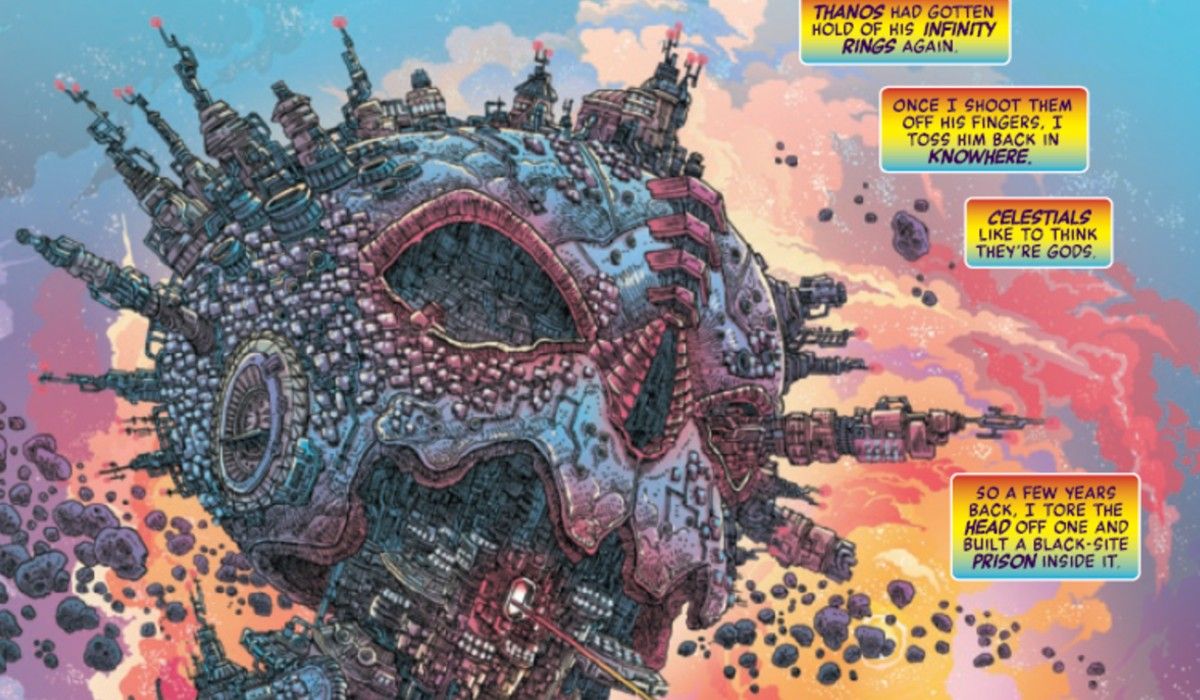 The planet-sized hand is one of several severed limbs in the Marvel Universe that have served such a purpose. The aforementioned Knowhere is the completely decayed skull of a Celestial, now converted into a planetoid of sorts that’s typically used for mining. It was revealed that Knull was the one who killed this Celestial as well, so The Pit may in fact be the hand from that same being. This is somewhat contradicted by the fact that Knowhere is thoroughly rotted, whereas The Pit still has portions of juicy flesh and sinews on its cosmic bones.

More recently, Tony Stark piloted the body of a Celestial, and the Avengers now live inside of a Celestial’s body. Although they are capable of causing massive damage, it appears that even these cosmic, god-like creatures can be humbled. This shows how, no matter how powerful or grandiose a being is in the Marvel Universe, death can see their corpse reduced to a mere vehicle or home for supposedly lesser beings. In the case of The Pit, the result is both highly entertaining and immensely disgusting.

KEEP READING: Thor’s Worst Marvel Relationship Is Too Weird (and Bloody) for the MCU