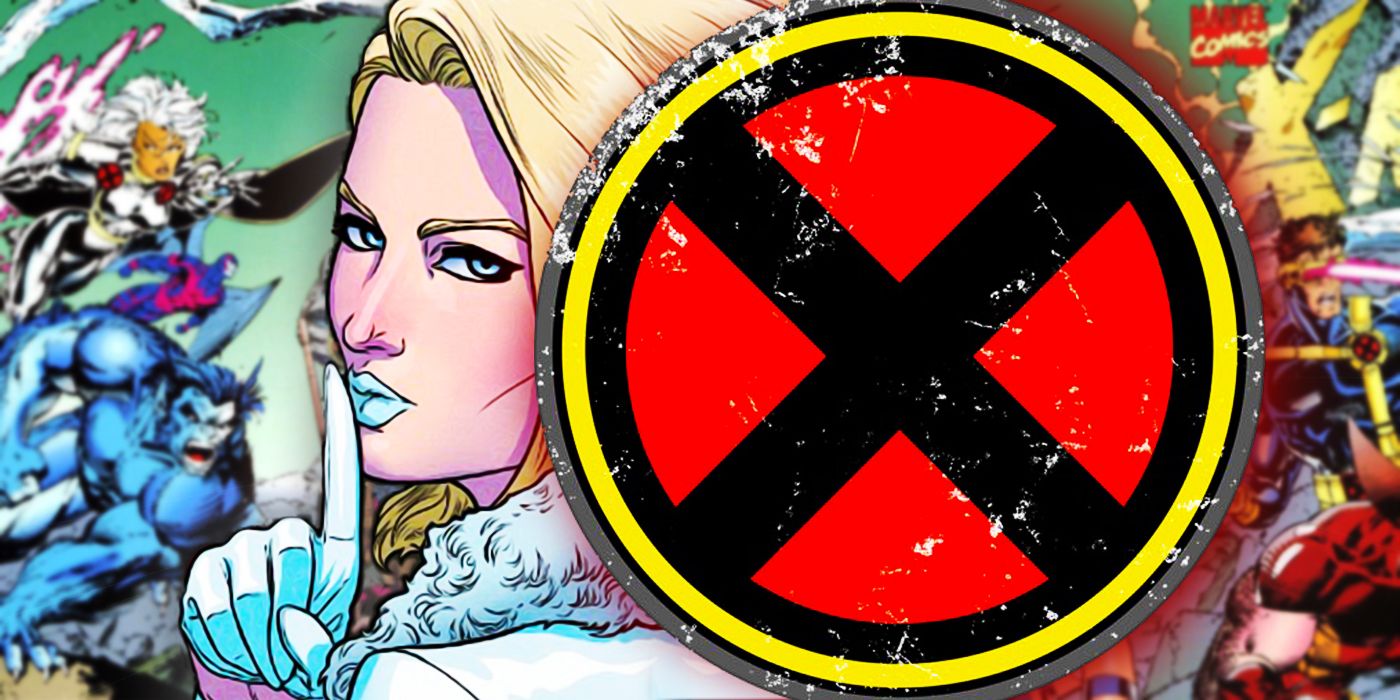 WARNING: The following contains spoilers for X-Men #5, now on sale

The X-Men have been hiding some major secrets from the world since the formation of the Krakoan nation — but now, one of Marvel’s premier journalists is set to expose the truth to the world, regardless of the impact it could have.

X-Men #5 by Gerry Duggan, Javier Pina, Ze Carlos, Erick Arciniega, and VC’s Clayton Cowles confirms that Ben Urich is poised to reveal mutant resurrection to the world at large — and it could change the entire way the world sees mutants going forward. 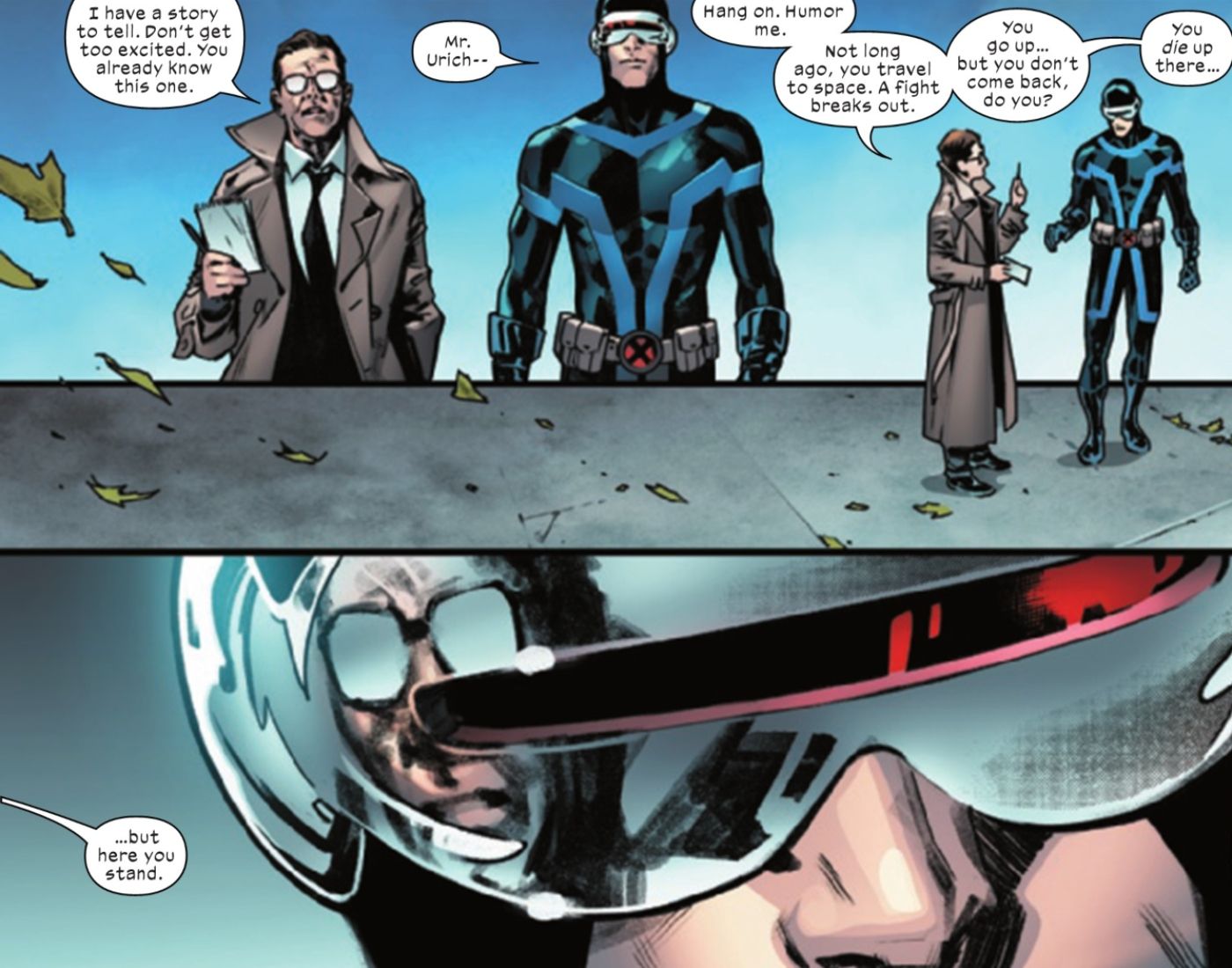 One of Krakoa’s great secrets so far has been the existence of resurrection protocols. Thanks to the formation of the Five and the revelation of Cerebro’s full potential, the mutant nation has been able to effectively revive any mutant that’s been killed. While many of the moral and ethical concerns have been confronted by the mutant people and addressed in stories like Way of X, it’s remained a valuable secret that they’ve kept from their allies and enemies — with Emma Frost even breaching a potential ethical line by using her telepathy to hide the resurrection gardens from the Avengers when they visited the island in X-Men: The Trial of Magneto.

But things have been growing tenser on that front, with a mysterious source visiting Ben Urich in New York City and providing evidence to him of Cyclops’ death during a mission into space to prevent the construction of a new Master Mold. Urich’s investigation has been happening in the background of X-Men ever since, and he takes a public celebration held by the X-Men in New York as a chance to discuss the matter with Cyclops directly. Approaching the X-Men’s leader, Urich requests some time alone to speak with him. As the mysterious source watches from a nearby building, Urich reveals that he’s tied Cyclops’ mysterious resurrection to the return of Jumbo Carnation as well as locating the empty grave of Nathan Summers.

Urich explains that he believes enemies of mutant-kind have this information as well, and that he genuinely believes the idea that mutants have “solved for death” to be one of the biggest stories of all time. He even makes the (somewhat valid) point that resurrection on this scale effectively gives mutant-kind an edge over literally the entire rest of the world. As he walks away, Urich tells Cyclops that he isn’t quite finished with his story yet — and that he’s giving the X-Men a day to consider what comment they’d like to provide him. It’s a major discovery by Urich, and it sets things up to become very dangerous for Krakoa going forward. This information being made public will likely change how the entire world perceives not just the nation of Krakoa, but the mutant race as a whole.

RELATED:How Did Marvel’s Most Popular ’90s X-Men Leader Just Get Smoked By A New Mutant? 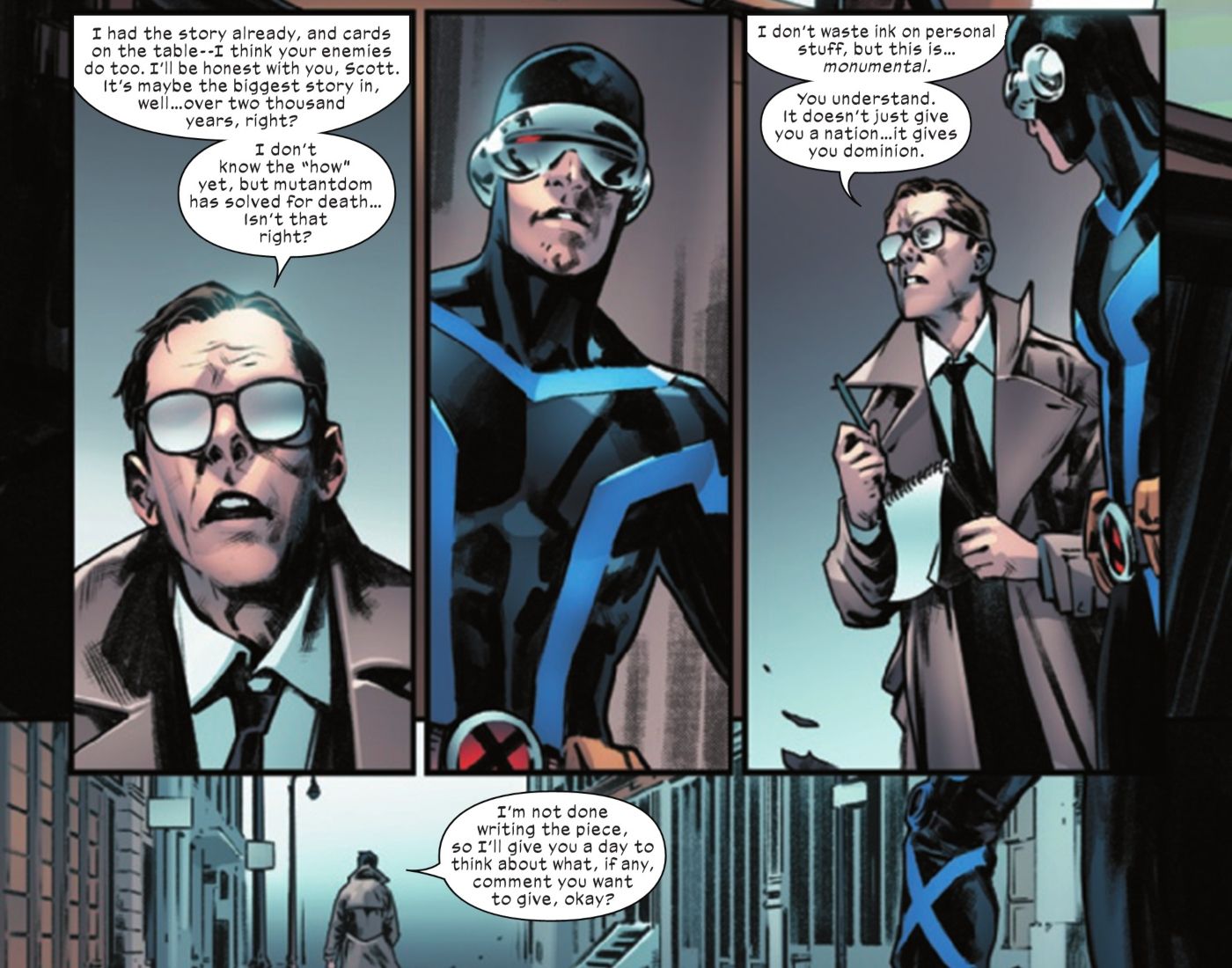 Many will likely take it as the ultimate justification that mutants are now wholly different than the rest of humanity — giving them their own justifications for their complicated feelings over the mutant people. Other heroic organizations like the Avengers will likely see the mutants in a far different light, potentially even considering them wholly different people than they knew previously. This could also further complicate the apparent resurrection of the Scarlet Witch via the resurrection protocols, giving them even more reason to doubt the mutant nation’s intent. The mutants could try to hide this truth through similar telepathic maneuvers to what they did to the Avengers — but that would make any future revelations about it appear even worse.

It also presents a brand new threat to Krakoa, especially if mutants ever lose the resurrection protocols. As hinted by Cable during Last Annihilation and teased as a possible outcome of upcoming events in X Lives & Deaths of Wolverine, the mutant nation might soon lose the capability to resurrect fallen mutants with the ease they’ve become accustomed to. But if the rest of the world believes differently, they might attack the mutant nation with far harsher tactics, under the mistaken assumption that the mutants could still pick themselves up. Ben Urich has a journalistic duty to share this truth with the world — but it might have some of the most serious impacts on the way the mutant race has ever been seen.

KEEP READING:What Happened To Wolverine’s ‘Hot’ Superpower – And Why Did Marvel Ditch It?