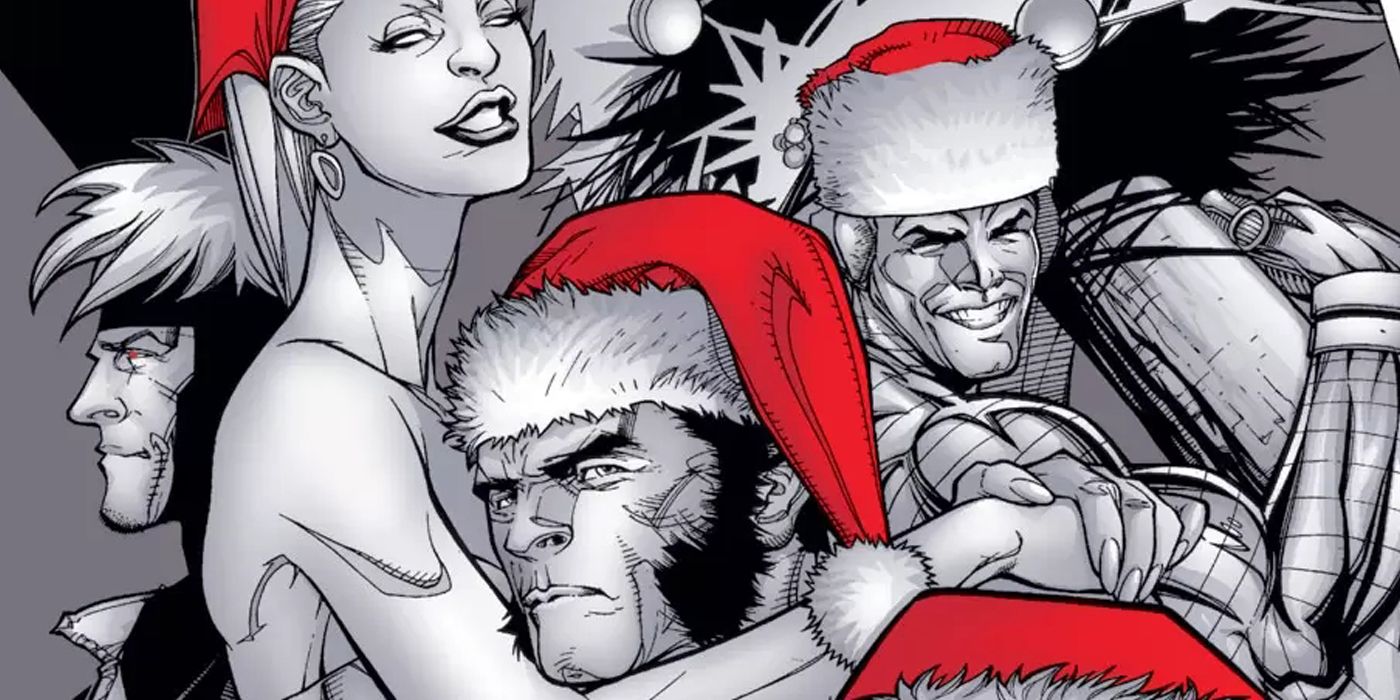 WARNING: This article contains major spoilers for X-Men #5, on sale from Marvel now!

The X-Men’s unwavering mission has always been to help people as best they can, regardless of their species. Part of that mission has them being the best neighbors they can be but is it sincere or did they have a darker ulterior motive?

X-Men #5 by Gerry Duggan, Javier Pina, Ze Carlos, Erick Arciniega, and VC’s Clayton Cowles reveals that the X-Men have adopted a new tradition since they set up their Krakoan Treehouse embassy in New York. In an open letter to all New Yorkers, the X-Men announced that they wanted to give thanks for their many gifts and invited all their neighbors to share in Krakoa’s bounty. They provided food for the hungry, mutant healers to tend to the sick, telepathic counseling, and legal advice courtesy of the Hellfire Trading Corporation’s lawyers. In addition, they supplied duffel bags filled with warm clothes and toiletries to anybody who was unhoused. All in all, it was clearly a great way to help those less fortunate than the X-Men… but did they really only do it out of the goodness of their heart?

Related: The ‘Eco-Terrorist X-Men’ Escaped Marvel’s Death Sentence – Can They Be Redeemed? 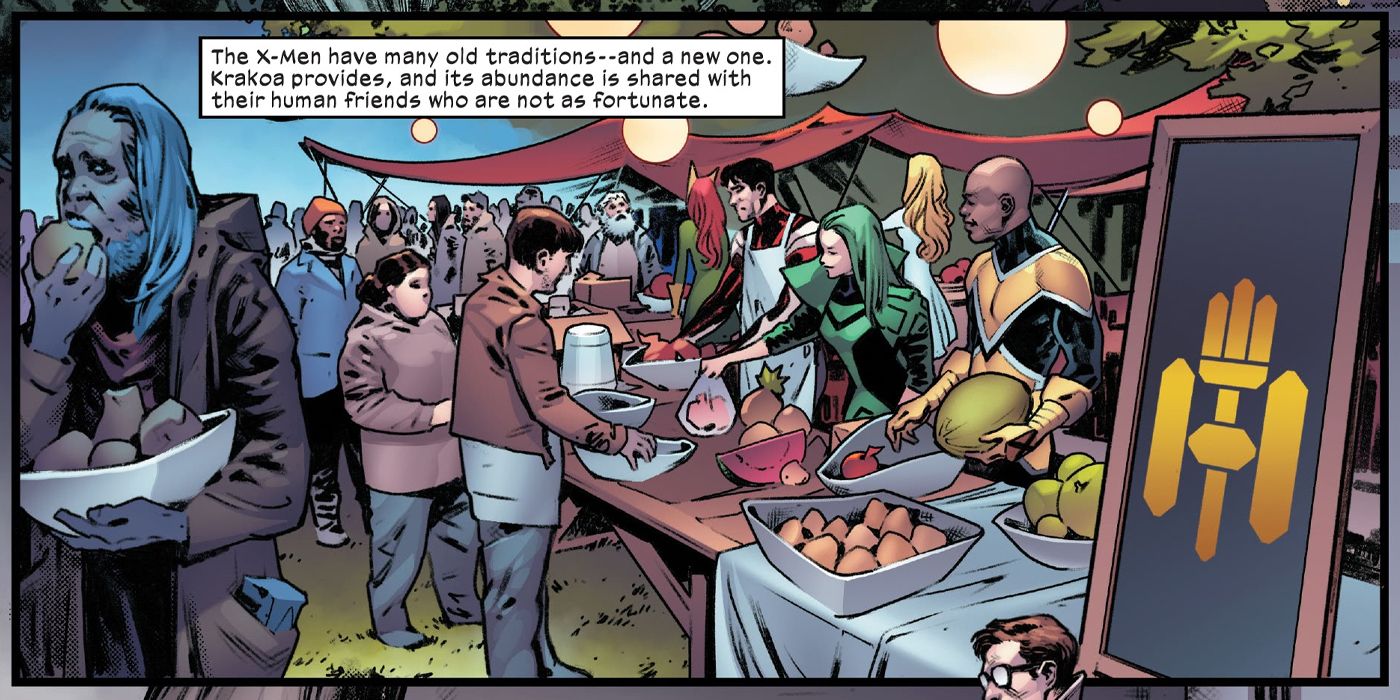 Mutants have always had a tenuous relationship with the world, but the X-Men have mostly been seen as morally righteous by the broader superhero community. The revelation that they functionally discovered immortality and chose to keep the secret for their exclusive benefit, instead of using it to radically change society for the better, could create an irreparable rupture between them and the rest of the world. As the X-Men’s deepest kept secret is about to come into the limelight thanks to Ben Ulrich and a mysterious information leaker, they need as much press as they can muster.

There’s no better way to earn goodwill than a feel-good story about neighbors helping their community. During the event, Ulrich approached Cyclops to tell him that his bombshell story about mutant resurrection was almost ready for print. Afterward, he told Cyclops to reach out if he wanted to comment then left him to simmer with the fact that he knew their secret.

In recent years, the X-Men have returned to the public eye as world-saving heroes with more than enough power to create a new mutant nation and isolate themselves from everybody else. Holding a feast for their adopted New York community makes them look like benevolent foreign emissaries while obfuscating all the bad press that they’ve received since creating Krakoa and Arakko. The X-Men have repeatedly done some shady things to protect their new society and their secret, including brainwashing Avengers to hide the Hatchery as they passed through Krakoa and banishing heroes from Krakoa because they technically weren’t mutants. Clearly, they’re willing to do anything to protect their newly-established society even if it meant alienating others they once considered allies.

Related: X-Men Brings Marvel’s Best-Kept Secret to Their New Base 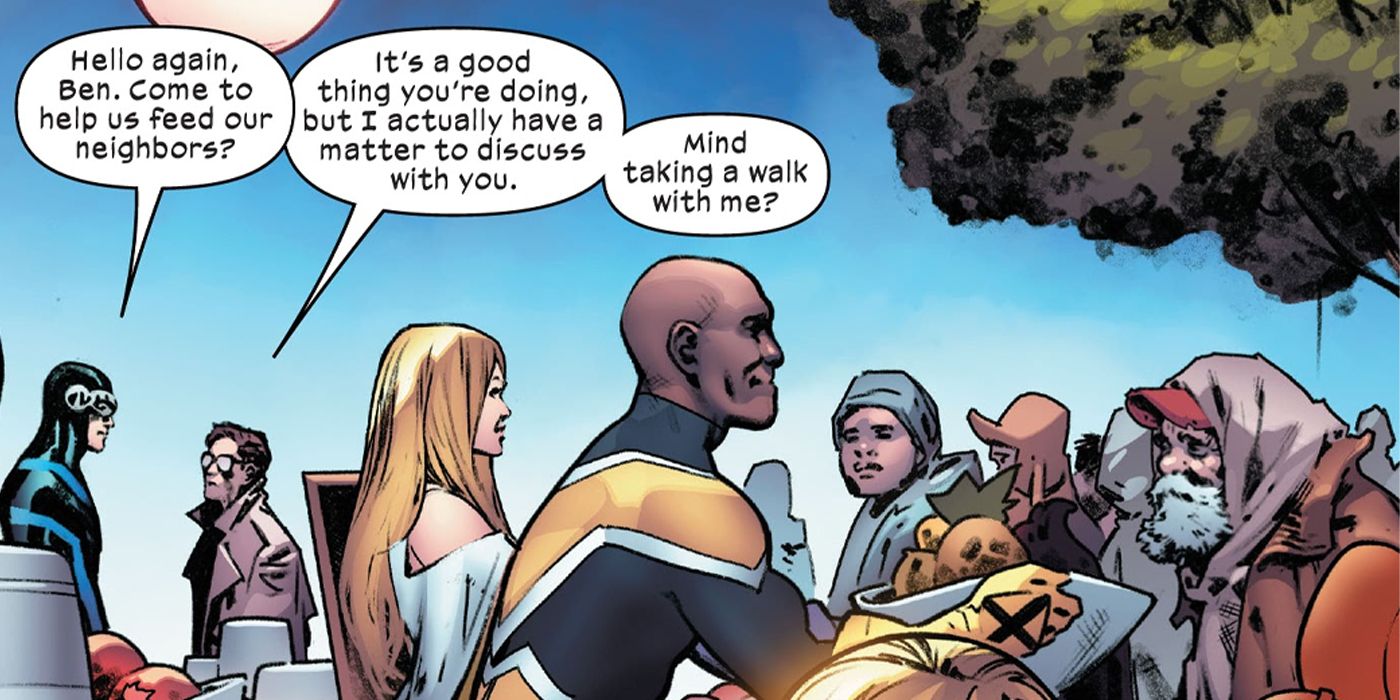 After the establishment of Krakoa and Arakko, mutants have positioned themselves as major players on a cosmic scale. But with that amount of power, also comes a surprising amount of things you’re willing to do to protect it. Mutants’ new society has also been the host to a surprising amount of attacks, both from within and without, that threaten their new society. Several villains have been secretly plotting to bring down Krakoa from inside, like Onslaught’s Cruciball. Meanwhile, anti-mutant hate group Orchis has been waging a secret war on mutants and so far they’ve been succeeding.

A neighborly feast is the exact thing that the X-Men need to draw attention away from all the ways their new empire is slowly eroding. They were likely being sincere with their goal to help their new community, but the fact that it brings them good press on the eve of disaster is simply too big to ignore. Their actions are likely a mix of sincerity and knowing that it would improve their public image.