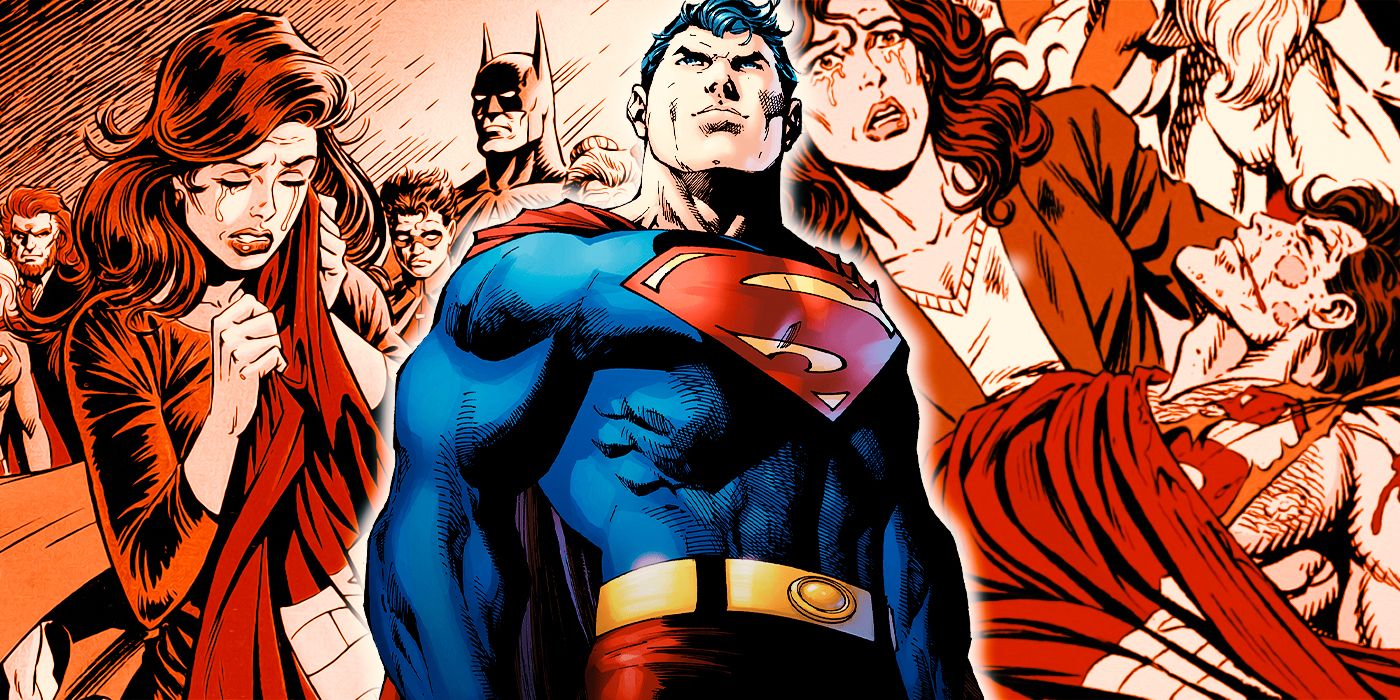 While Superman is one of the most iconic and powerful superheroes in the entire DC Universe, the Man of Steel certainly isn’t immune from pain and death, meeting his grisly end on numerous occasions across his extensive comic book history. From alternate universe versions of Superman being gruesomely murdered by unstoppable supervillains to the Man of Tomorrow meeting a temporary demise before eventually being brought back to life, Superman has paid the ultimate price of heroism on multiple occasions.

Here are the most brutal times Superman has been killed across his comic book history, including a particularly violent murder in a recently published Superman title, as the Man of Steel finds himself coming up short against a formidably familiar foe.

RELATED: Superman’s Powers Have Grown Beyond Kryptonite – But How Is That Possible? 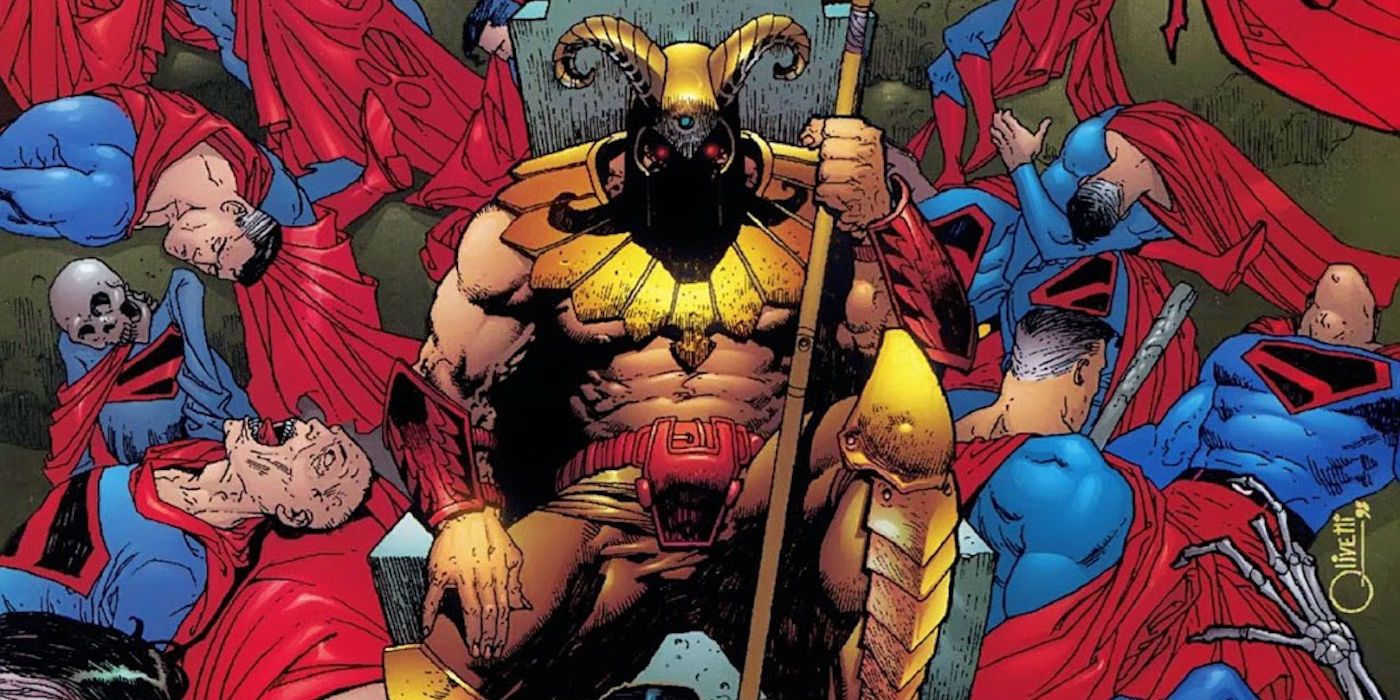 The Kingdom, a 1999 sequel to Kingdom Come, had Mark Waid team up with Ariel Olivetti and Mike Zeck to follow the villainous Gog. Driven mad by the nuclear disaster that befell Kansas in Waid and Alex Ross’ Kingdom Come, Gog began repeatedly killing Superman through time, starting out 20 years after the events of Kingdom Come and steadily working his way towards the present-day DCU.

Boasting perhaps the highest Superman body count in a single comic book story, Gog was able to overpower and blast through countless iterations of the Man of Steel before a group of time-traveling superheroes stopped the villain’s murderous rampage. 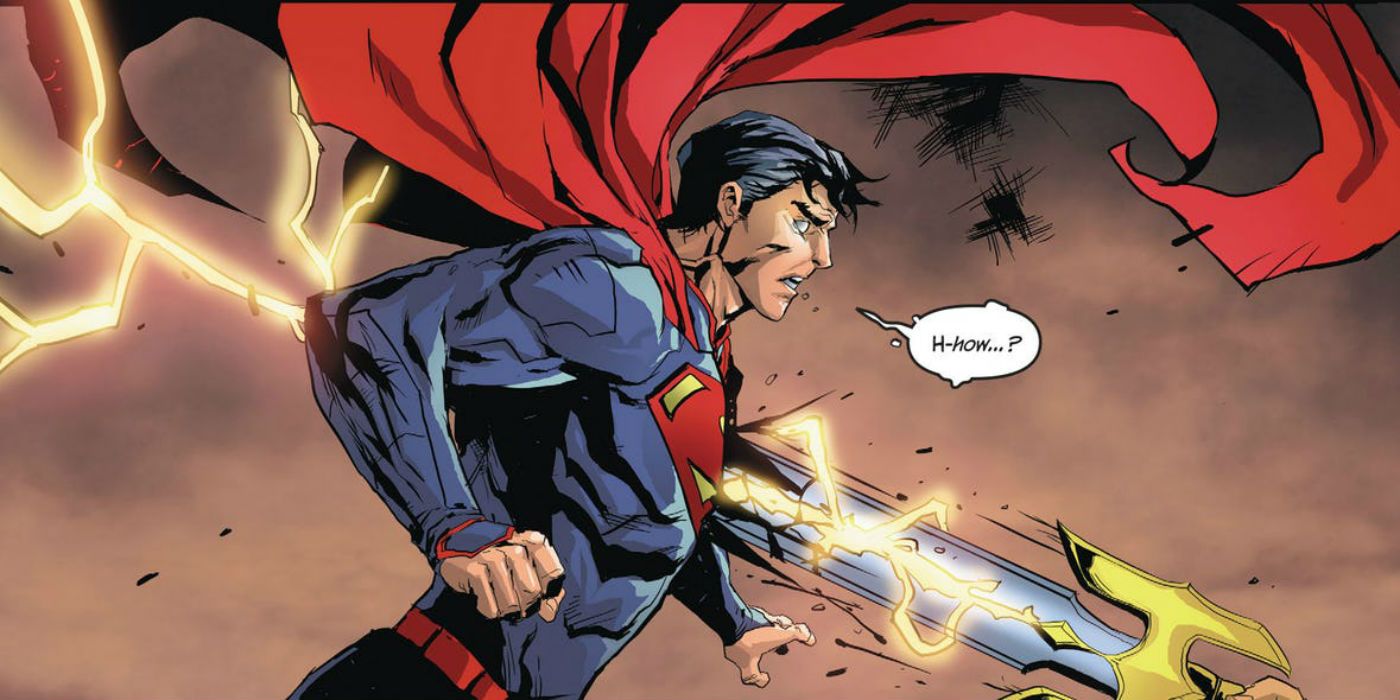 Most superhero crossovers often involve the heroes of two separate worlds fighting over a misunderstanding before sorting out their differences and working together to stop a common enemy. The 2013 miniseries DC Universe vs.  The Masters of the Universe (by Keith Giffen, Tony Bedard and Dexter Soy) turned this axiom on its head by having He-Man kill Superman relatively early in the story.

The evil Skeletor manipulates Superman and He-Man into coming to blows over the fate of Eternia, and while Superman may be physically stronger than He-Man, the Man of Steel possesses a dire weakness to magic. He-Man runs Superman through with his signature Power Sword, killing him on the spot, although the superhero would be restored by the end of the story. 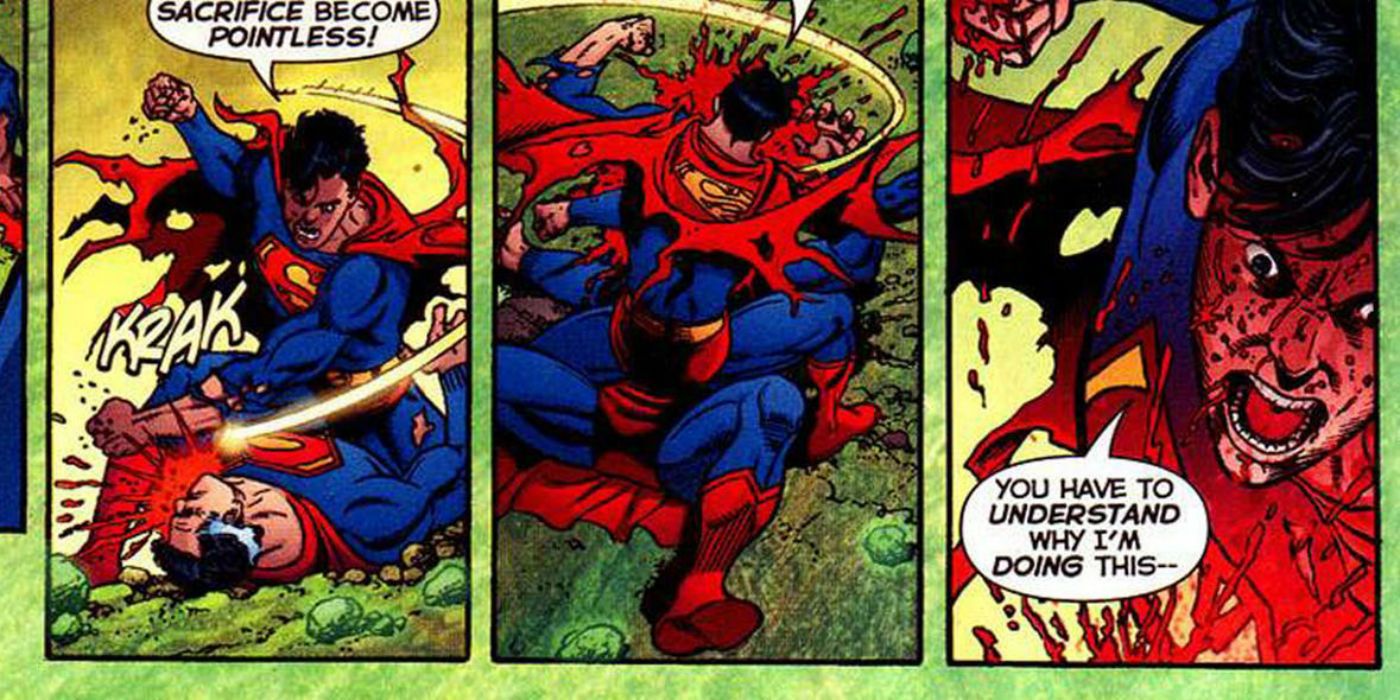 The superhero that started it all, Kal-L the Superman of Earth-2, met a particularly grisly end in the 2005 crossover event Infinite Crisis (by Geoff Johns, Phil Jimenez, George Perez, Jerry Ordway, Ivan Reis and Andy Lanning). Infinite Crisis was an especially costly story for the Superman Family, with Superboy Conner Kent killed while Superboy-Prime descended into villainy. But it was the Golden Age Superman that received a viscerally vicious end.

To prevent Superboy-Prime from destroying the entire DCU, the Earth-1 and Earth-2 Supermen intercepted the teenage villain and flew him through the irradiated remnants of Krypton on the other side of the cosmos. Significantly weakened from the Kryptonite exposure, Earth-2 Superman was beaten to death by an enraged Superboy-Prime before the twisted figure was apprehended by the Green Lantern Corps. 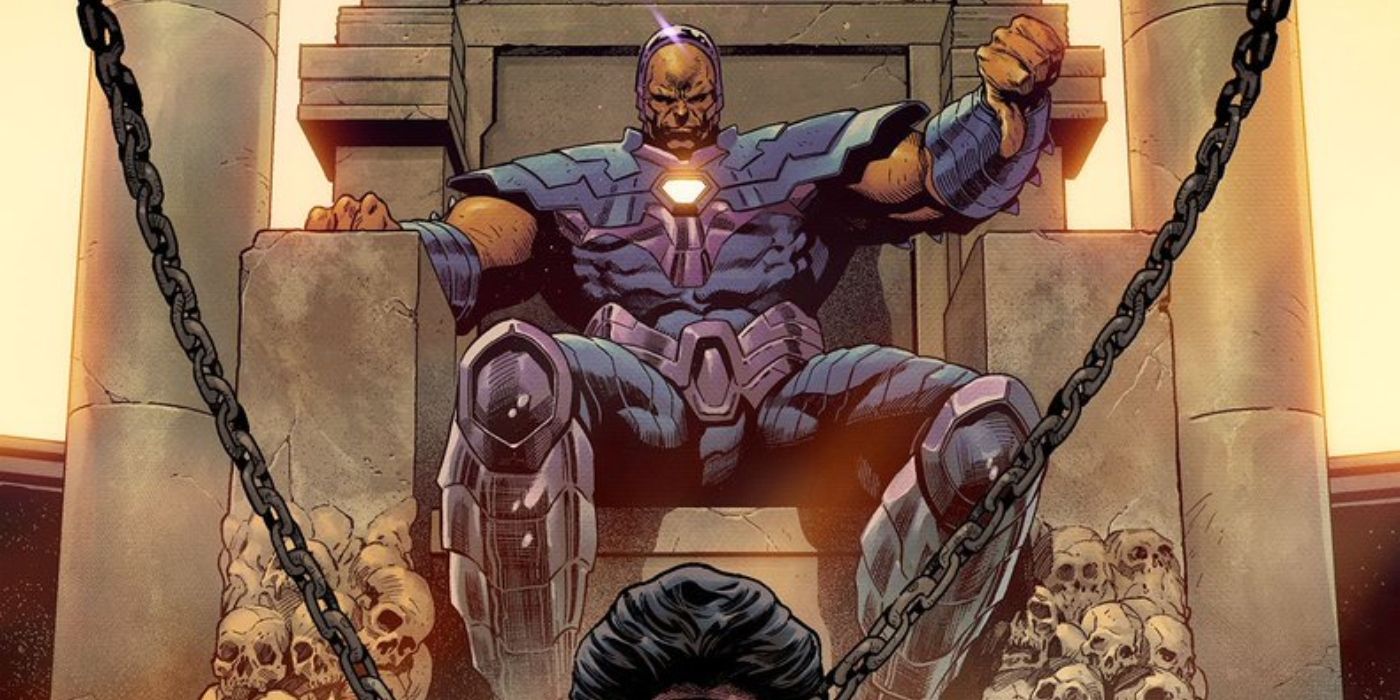 In a way, the most recent death of Superman was foretold at the beginning of the Infinite Frontier era. After spending time in the 31st century as a member of the Legion of Super-Heroes, Jon Kent returned to the DCU’s relative present to warn his father that his untimely death was imminent but puzzled when it didn’t occur as the future records had indicated.

Instead, Superman and the Authority were massacred months later in Action Comics #1037 (by Phillip Kennedy Johnson, Miguel Mendonca, Adriano Lucas and Dave Sharpe) when they attempted to overthrow Mongul on Warworld after the Man of Tomorrow saw the signs of the cosmic supervillain’s tyranny firsthand. Instead of leading a successful revolution, the Authority was systematically slaughtered while Superman himself was stabbed through the back by Mongul, using a Kryptonite-tipped spear as the United Planets records this as the day Superman died.

RELATED: The Source of Superman’s New Strength Could Become His Most Tragic Weakness 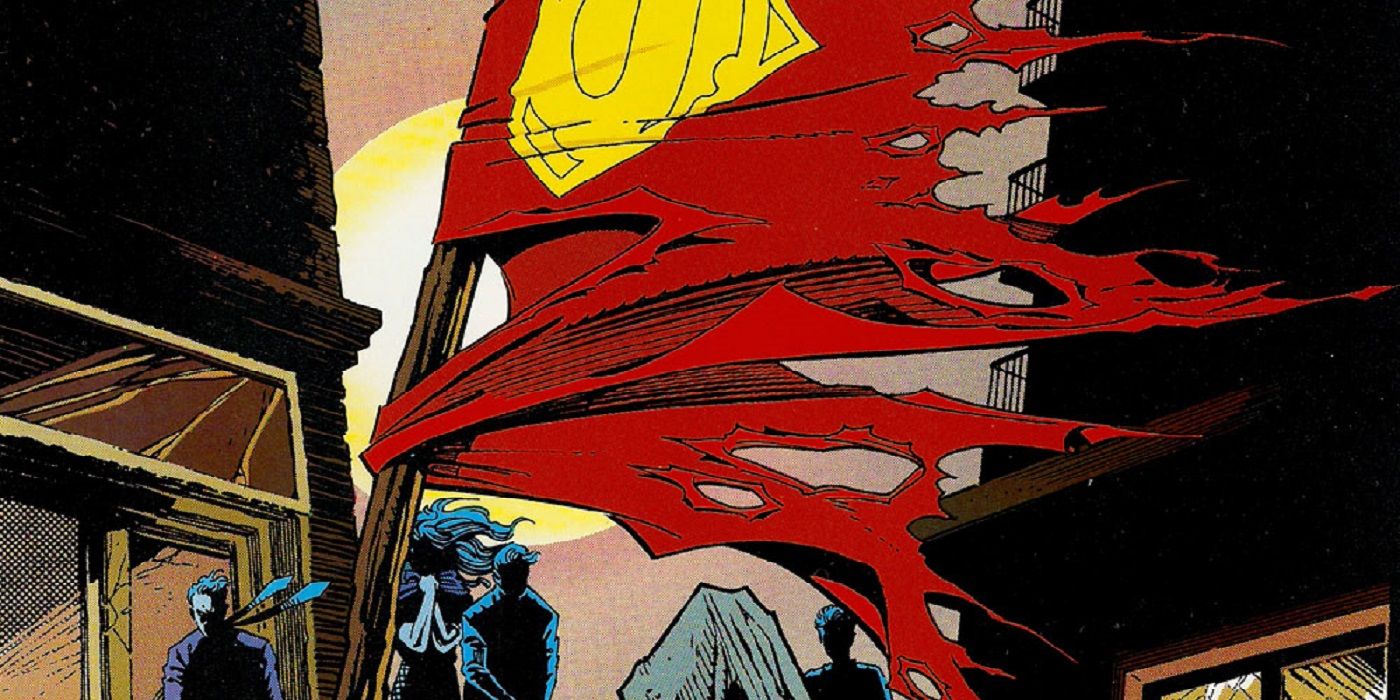 The most iconic death of Superman is also one of the best selling comic book stories of all time and came not at the hands of a longtime supervillain but from a new antagonist called Doomsday. And rather than a long, drawn-out master plan to bring down the Man of Tomorrow, the death of Superman amounted to a slugfest between the hero and the monster in the streets of Metropolis.

This brutal end to the Man of Steel occurred in 1992’s Superman #75 (by Dan Jurgens and Brett Breeding), where Superman and Doomsday each delivering the mortal blow simultaneously, with Clark Kent dying in the arms of his beloved Lois Lane. The moment was so raw and emotional that it received nationwide news coverage even though Superman would be resurrected months later through secret Kryptonian technology.

Urban Cowboy TV Series in the Works From Paramount+