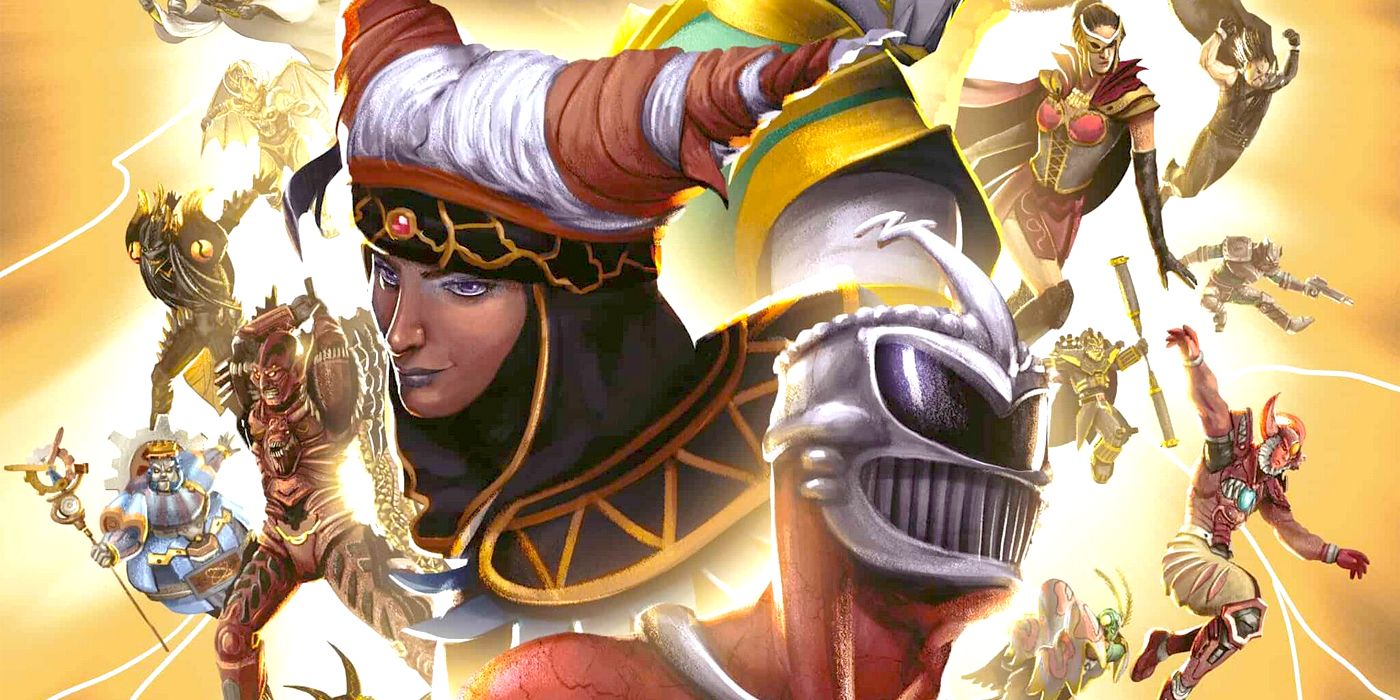 The Mighty Morphin Power Rangers are no strangers to monstrous enemies and seemingly indomitable threats, yet somehow they have always managed to overcome everything that gets in their way. At least, that has been the case until recently, when the Eltarian invasion of Earth began. Even worse is the fact that so many of the heroes’ previous victories may not have been due to their own abilities. As it turns out, one of the Rangers’ most vicious enemies has been holding back for years, all because the glory would have gone to someone else.

The Eltarian invasion ended nearly as quickly as it began. While the Power Rangers themselves were able to survive the onslaught, once an Empyreal emerged, all hope of saving their world was lost. The Power Rangers weren’t the only ones who posed a threat to Supreme Guardian Zartus’ regime, however, and a second Empyreal attack wiped Bandora Palace from the moon’s surface, along with Lord Zedd. Like the Rangers, Zedd’s minions had managed to escape the brunt of the invasion, though being forced to align themselves with their enemies was hardly a choice any of them had expected to make. In the case of Goldar, working alongside the Power Rangers is an affront to everything he stands for, but as far as Rocky can tell that really shouldn’t be the case anymore, assuming it ever was to begin with. 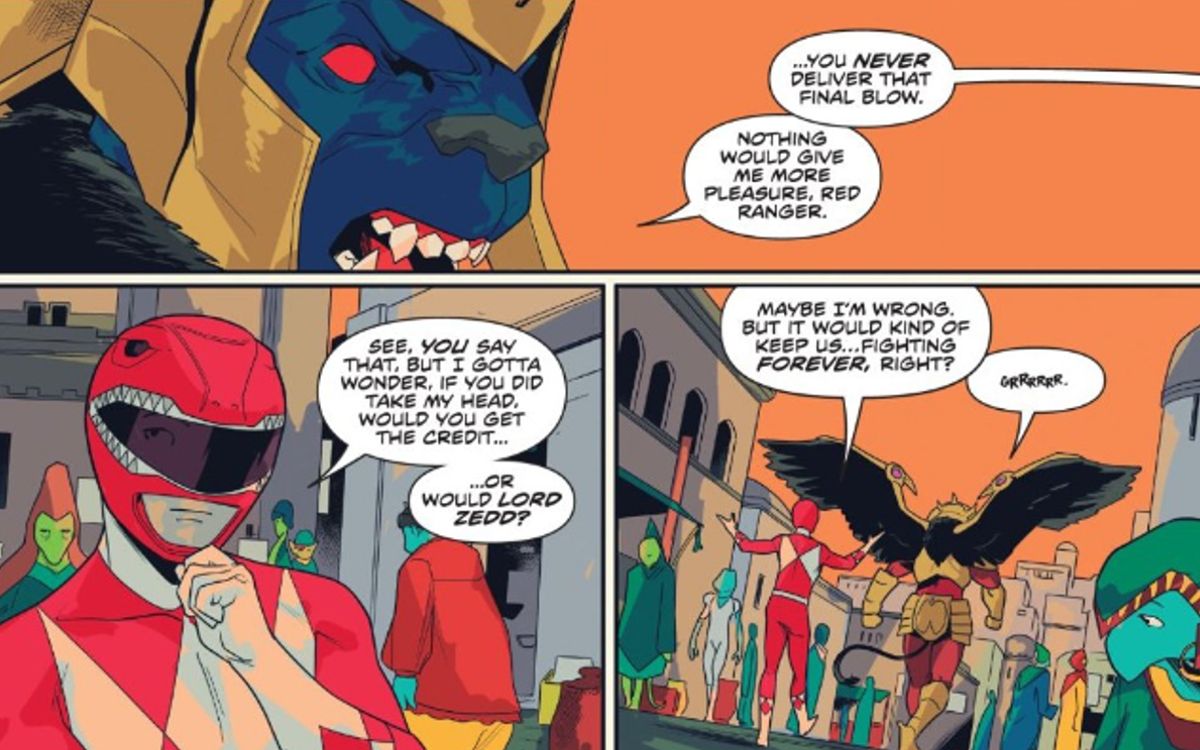 Mighty Morphin #14 by Ryan Parrott, Marco Renna, Walter Baiamonte, Katia Ranalli, and Ed Dukeshire sees the Mighty Morphin Red Ranger and Goldar roaming the streets of Safe Haven together when Rocky wonders why the villain never actually took his life. Rocky openly admits that Goldar is a far more capable warrior, and could have killed him several times over throughout the course of their battles. It isn’t that Goldar wouldn’t have liked to soak up the glory of destroying the Power Rangers, of course, but rather that he never would have been the one to do so even if he was the one to cut them down. When Rocky asks whether Goldar or Lord Zedd would have taken credit for his hypothetical slaying, Goldar can’t muster up any real response in the face of the obvious answer.

In spite of his place as Lord Zedd’s most feared general, Goldar has long been lumped in with the rest of Zedd’s less capable underlings through no fault of his own. The original television series always found ways to put Goldar and the other Evil Space Aliens in slapstick situations, but even in the grittier version of the franchise offered up by Boom! Studios, the villain is more often than not being disrespected by those he has sworn allegiance to. Rita Repulsa was certainly a more understanding master than Lord Zedd, yet even under her leadership, Goldar was frequently berated and belittled for the shortcomings of others. Now that both Rita and Zedd are gone, though, there is no one to stop Goldar from claiming glory that should be his, nor is there anyone to tell him what side of the battle he is on. 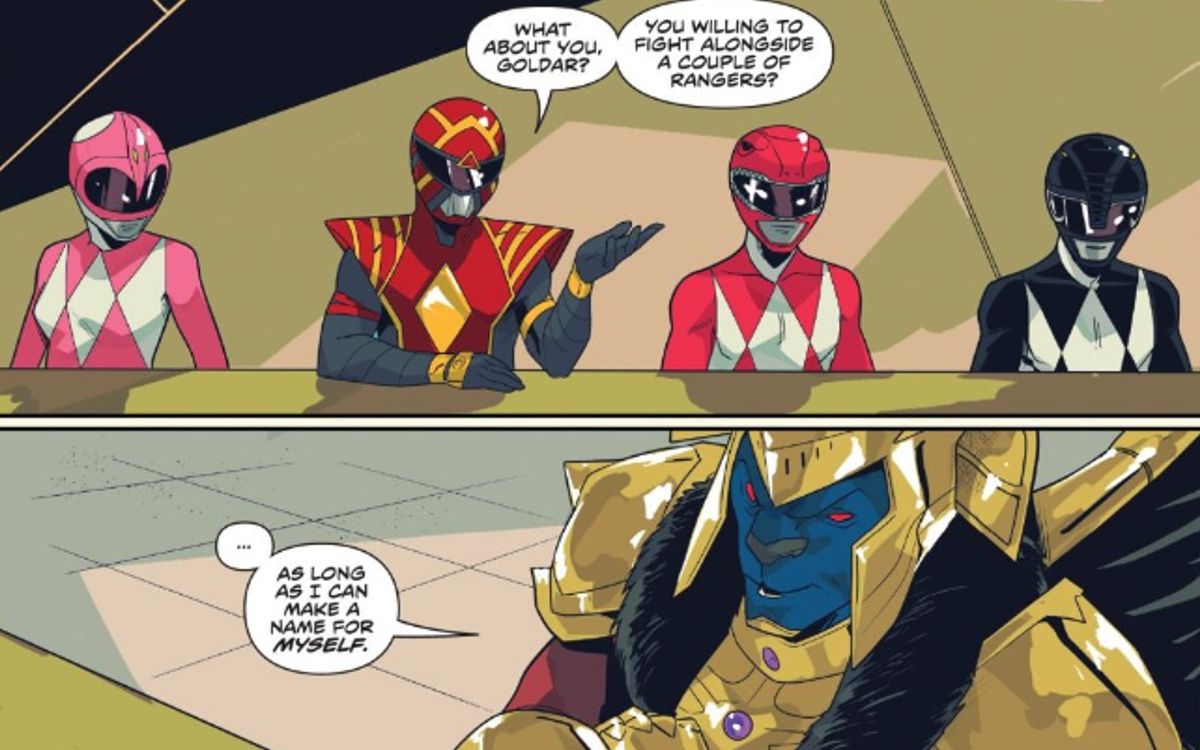 Fighting alongside Power Rangers might be one of the last things Goldar had ever expected to do, but it’s perfectly clear that he is willing to play the hero if it means being able to say he helped win the war. As shocking as it is to see such a classic villain turning over a new leaf, the Scorpina of Lord Drakkon’s world has already proven that it can be done.

It might be hard to imagine that Goldar could ever truly become a hero, but it wouldn’t come close to being the strangest thing that the Rangers have seen. Then again, if winning wars is all Goldar is concerned with, he would be hard pressed to find any team with better chances of getting lucky at the last second.

Trending Comics: Return to the Spider-Verse