Teen Titans Academy has been one of DC Comics’ newer series to roll out during the Infinite Frontier era, and the superhero school may be getting two speedy recruits next issue.

The series thus far has explored the idea of how a school run by the Titans and Teen Titans might play out, especially when a foe brought in from the animated Teen Titans show, Red X, starts running around the halls, their identity a mystery. In the school, while the Titans make up the faculty, the Teen Titans are the upperclassmen while everyone else is a student in training. During a preview for Teen Titans Academy #8, Wally West–the newly reinstated Flash–has plans to enroll his twin children, Jai and Irey, in the academy.

Jai and Irey have had a wild history, with the whole West family included. Following the events of Flashpoint, where Barry Allen reset the timeline to create the New 52 era of DC Comics, Wally West was trapped in the Speed Force, his children were erased from the timeline and his wife, Linda Park, had no idea that any of them had existed. Even after Wally West returned to the main DC Universe during DC Rebirth #1, it wasn’t until the events of the Flash Forward miniseries that the twins were restored to the main DC continuity, with the family finally reuniting following the Dark Knights: Death Metal series and event.

While Wally finally has his family back, only Irey currently has her speedster powers, though a future version of her has told Wally in The Flash #771 that Jai will eventually get his powers back. So, enrolling them in the academy might help train them, but the preview shows that other parents of students are scared of Wally after he accidentally killed multiple heroes with a lightning explosion during the Heroes in Crisis limited series. While Wally thought that this was a result of his grief for losing Jai, Irey and Linda, The Flash 2021 Annual #1 revealed that the explosion was not Wally’s own fault, but a result of the speedster villain Savitar toying with the Speed Force.

One of the heroes lost during Heroes in Crisis was Roy Harper AKA Arsenal, the former sidekick of Green Arrow. The academy was named in Roy’s honor after his death, except there is one detail nobody knew: Roy is actually alive following the events of Death Metal. He has been running around as a Black Lantern in the past summer’s Infinite Frontier series, but the preview and solicitation below tease that he will finally be arriving at the academy to join his old friends this issue. 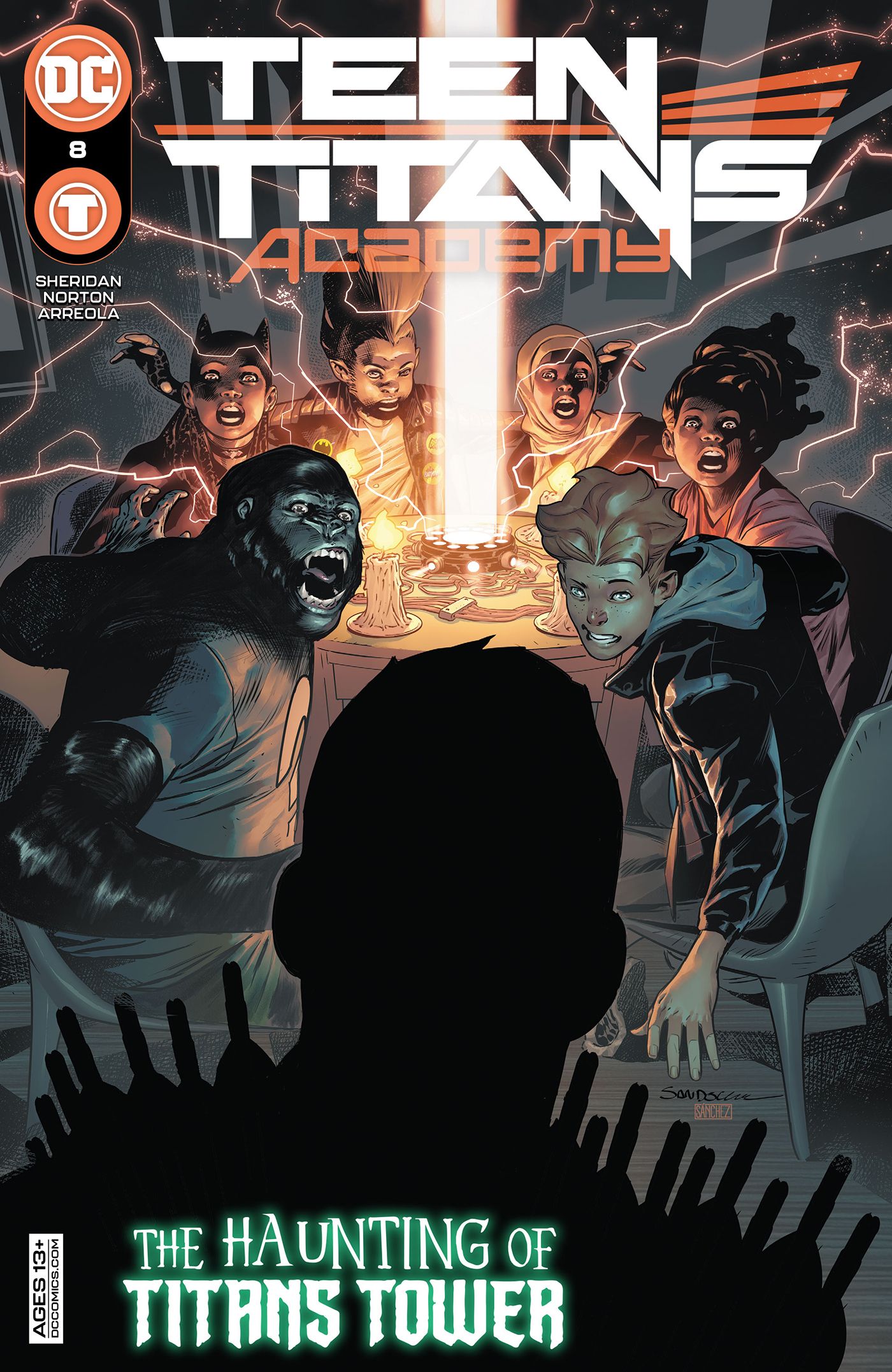 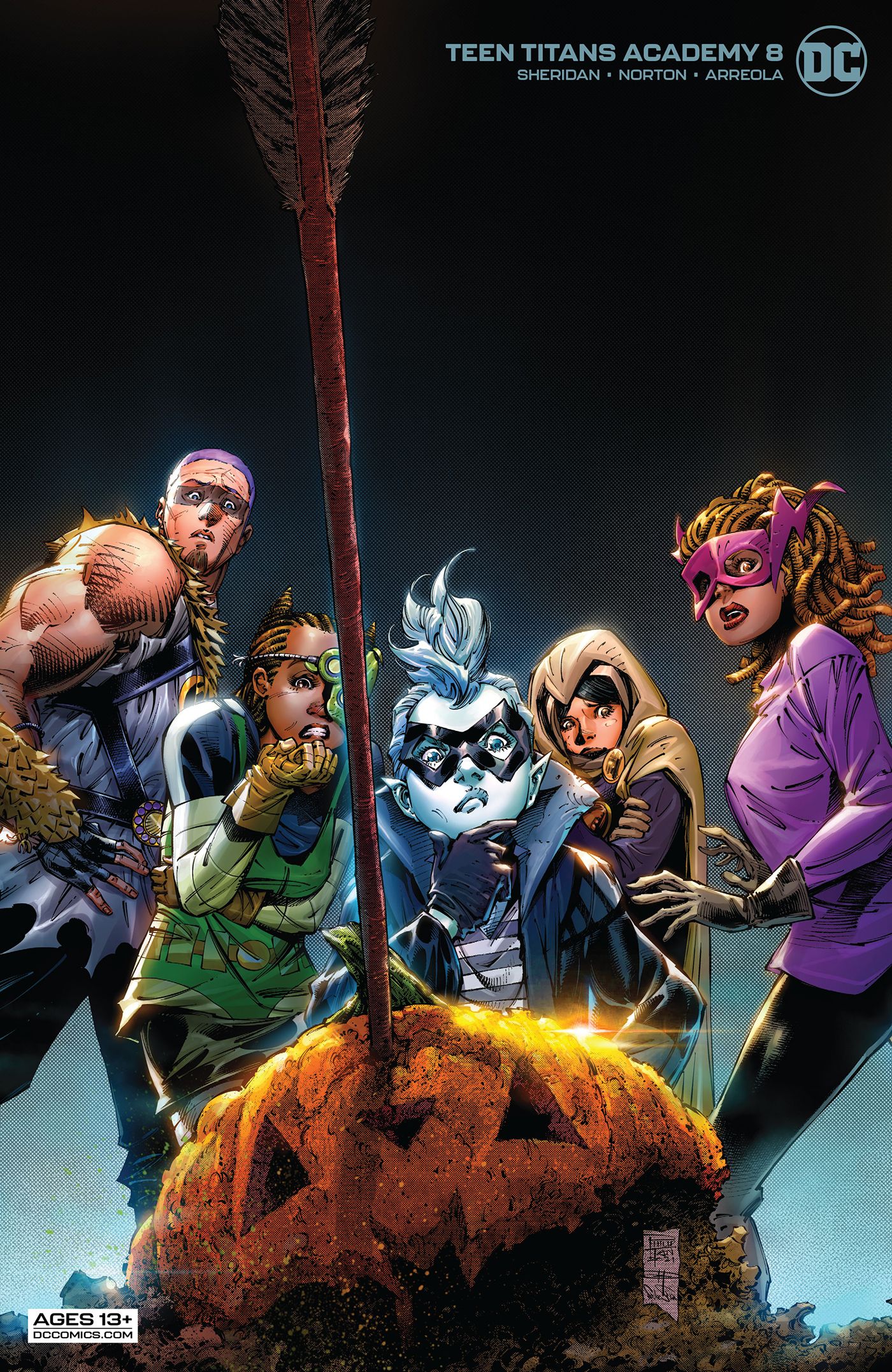 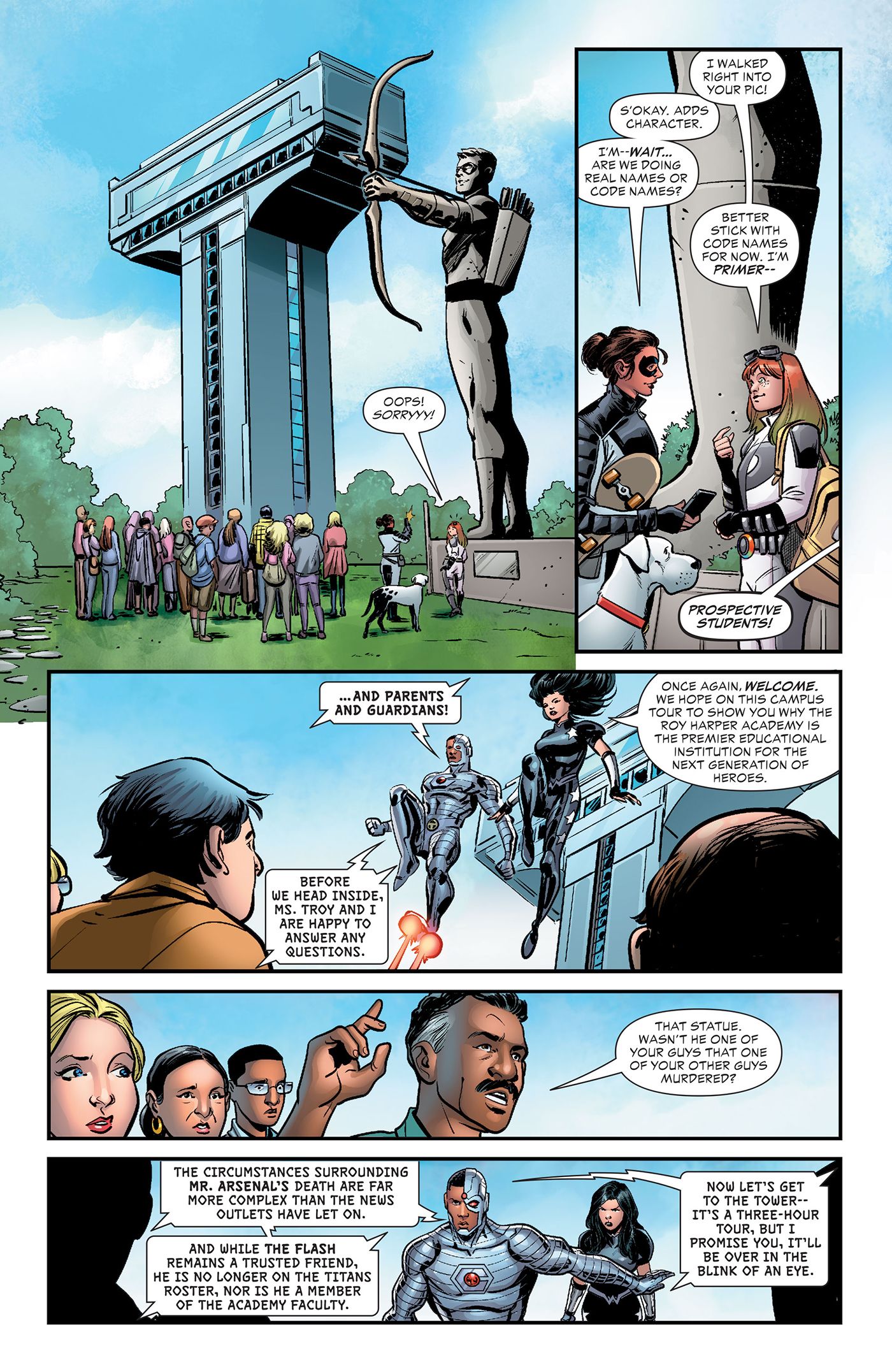 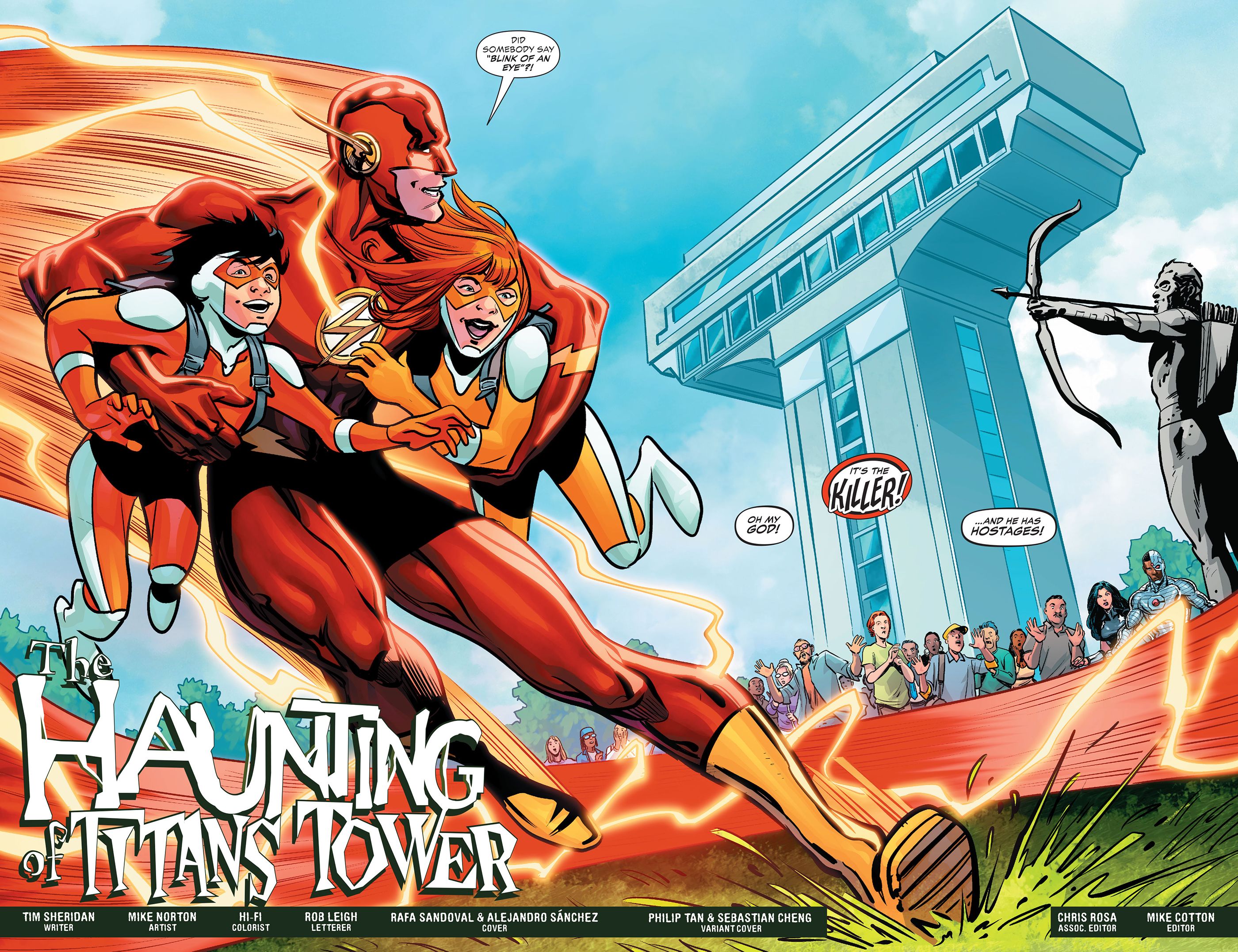 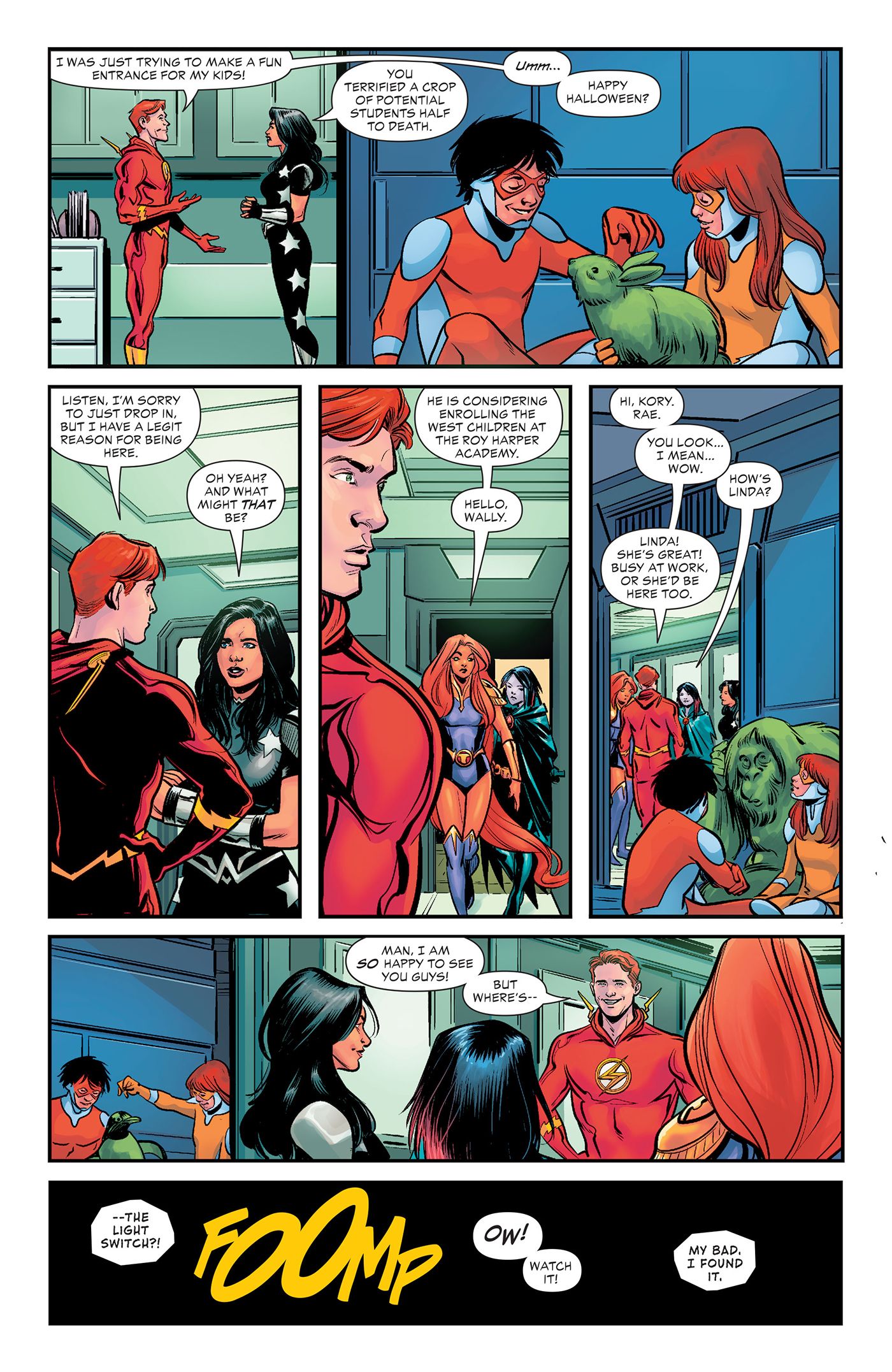 Teen Titans Academy #8 is written by Tim Sheridan with art by Mike Norton, colors by Hi-Fi, letters by Rob Leigh and cover art by Rafa Sandoval and Alejandro Sánchez. A variant cover for the issue was created by Philip Tan and Sebastian Cheng. The issue goes on sale Nov. 30 from DC Comics.

Dead by Daylight Roadmap Lays Out Plans for Next Chapters, Features