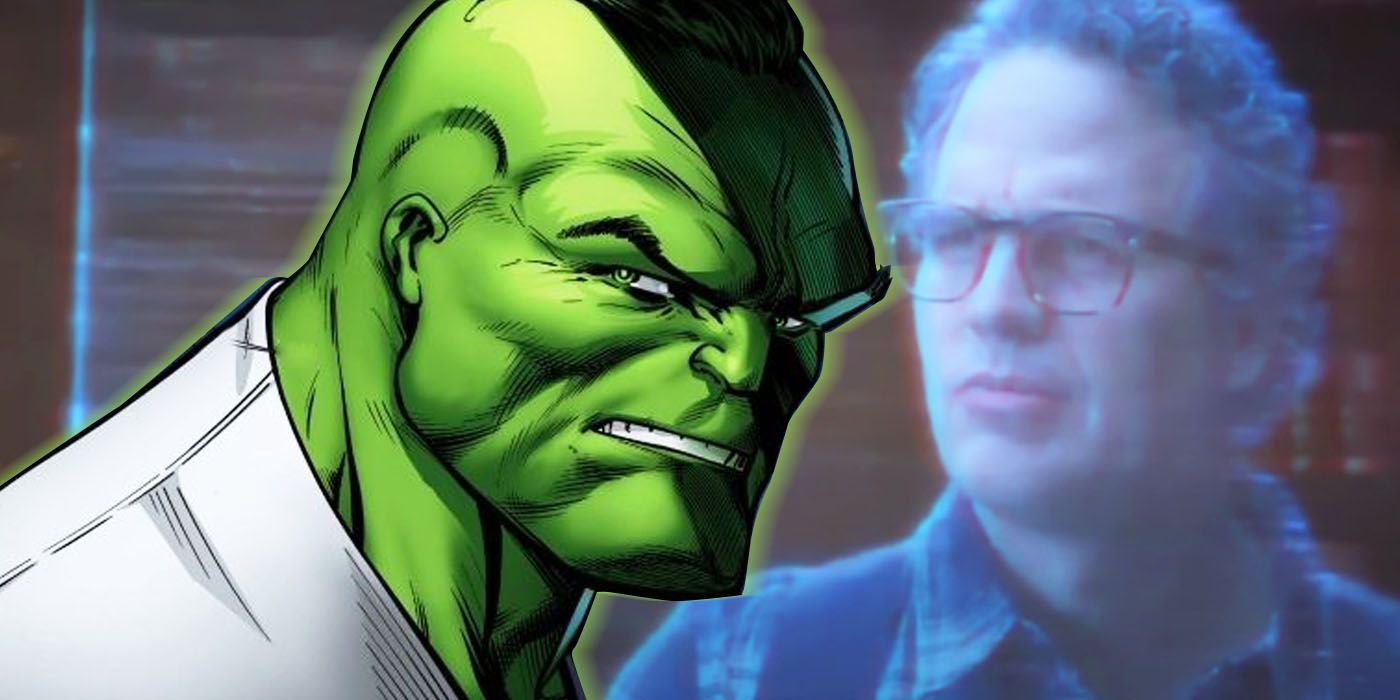 The Professor Hulk persona of the strongest Avenger is the perfect blend of Bruce Banner’s intellect with the Hulk’s indomitable strength. His debut in Avengers: Endgame came as a surprise, with Bruce having worked out how to co-exist perfectly with his raging alter ego.

Even more surprising was seeing Bruce in his human form at the end of Shang-Chi and the Legend of the Ten Rings, posing the question of how he was able to do so. The answer to this question may be found in the Hulk comics of the ’90s, during the time that Professor Hulk was first introduced. Although he was the most powerful version of himself, the upgrade came with a surprising weakness: his anger turned him back to his human form.

RELATED: Marvel Revealed the One Way to ‘Stop’ Hulk – But It’s Not What You Expect 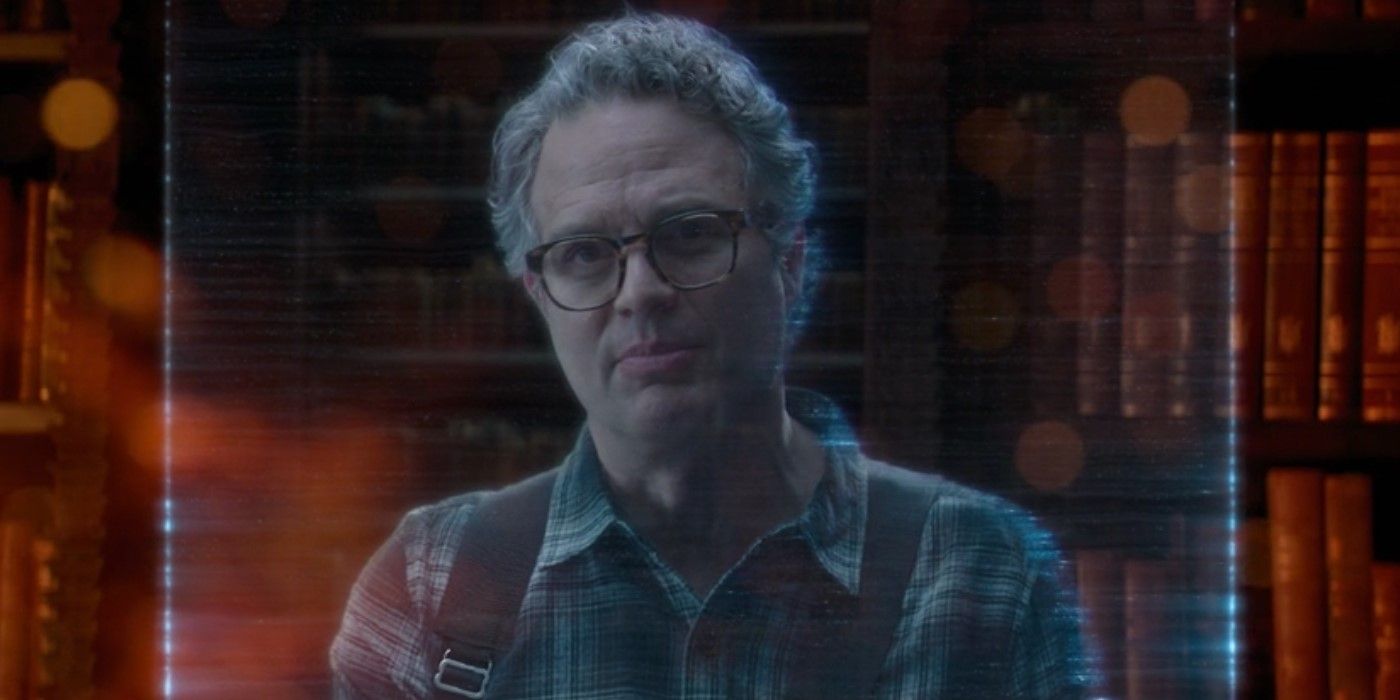 The true nature of Professor Hulk is a bit convoluted. First debuting in Incredible Hulk #377 (by Peter David, Dale Keown, Bob McLeod, Glynis Oliver, and Joe Rosen), Professor Hulk wasn’t just the merger of two minds, but three. Bruce managed to merge his mind with that of the gray Hulk, a more cunning persona, and the more powerful green Hulk. This literal meeting of the minds created the Professor Hulk that later graced the movie universe.

This union combined all of Banner’s intellect, kindness, and reason with the Hulk’s strength and cunning. It seemed like the perfect union, one free of all the baggage and gaining nothing but the best parts. However, the comic version of this hero had one surprising weakness. When he was driven furious by the apparent death of his wife — as well as his team, The Pantheon, crumbling around him thanks to an undead army — he turned back into his human form, but with the limited mind of the green Hulk in control. This was seen in Incredible Hulk #425 (by David, Gary Frank, Liam Sharp, Cam Smith, Robin Riggs, Oliver, and Rosen). 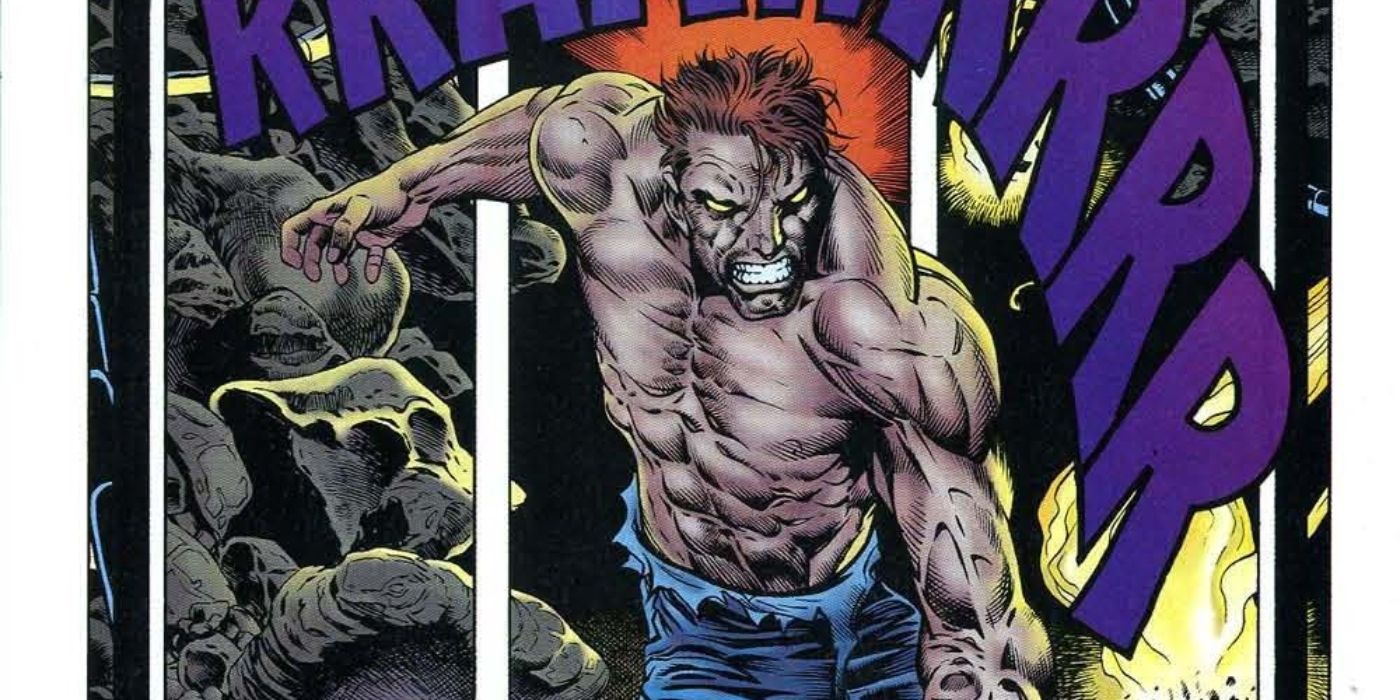 This happened as a result of a psychic failsafe Banner implemented during the initial merging of the different personalities. While he retained control and all of the powers, his Hulk persona didn’t just go away. It remained dormant in his mind, and Banner knew that his anger could unleash the monster again. In order to protect the world from the rampaging beast, the failsafe was implemented, and this could explain why Bruce Banner is back in his human form in the MCU.

The full details of how he managed to find a balance between his personalities in the cinematic universe haven’t been explored, but following the final battle with Thanos, and as revealed at the end of Shang-Chi, Banner appears to have returned to his human state, his arm still in a sling after being injured while using the Infinity Gauntlet. It’s possible that in the time since then and his meeting with Shang-Chi, Banner almost lost control and a similar psychic failsafe was activated. Of course, there is also the possibility that Banner reverted to human form simply to recover from his injuries, but this may also be evidence that the scientist now has more mental control over the Hulk than he ever has before.

Uncharted: New Video Offers a Look Behind the Scenes at the Movie’s Big Plane Fight