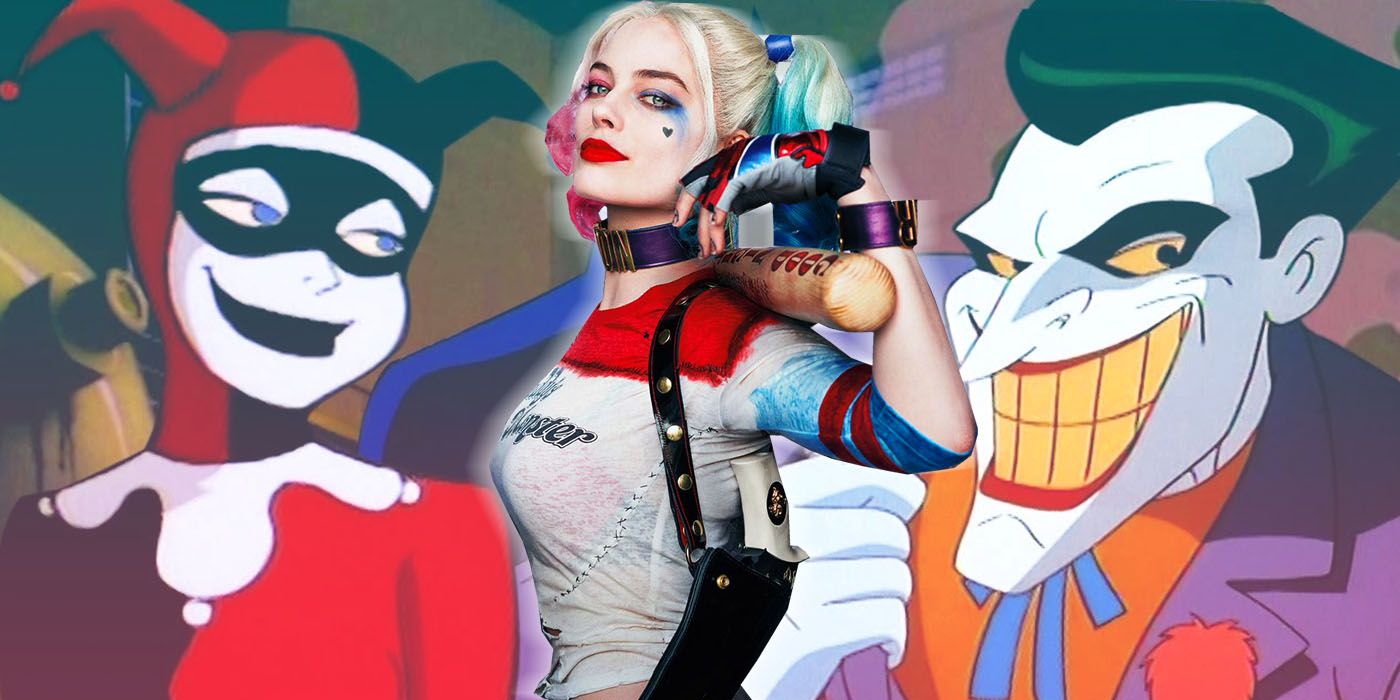 Harley Quinn calls the Joker “puddin'” because he gave her a pudding cup when they first met.

False (as far as it being part of her original origin)

Long story short, that’s what we’re talking about when we talk about whether the origin of Harley Quinn calling the Joker “Puddin'” came from him giving her a pudding cup when they first met. Someone might have that story happen next week, but obviously, we’re talking about it being an actual official part of Harley’s back story, as established in her original origins like the comic book Mad Love and then the cartoon adaptation of that comic.

And people DO think that this is the case. There was even one of those “facts” memes about it… 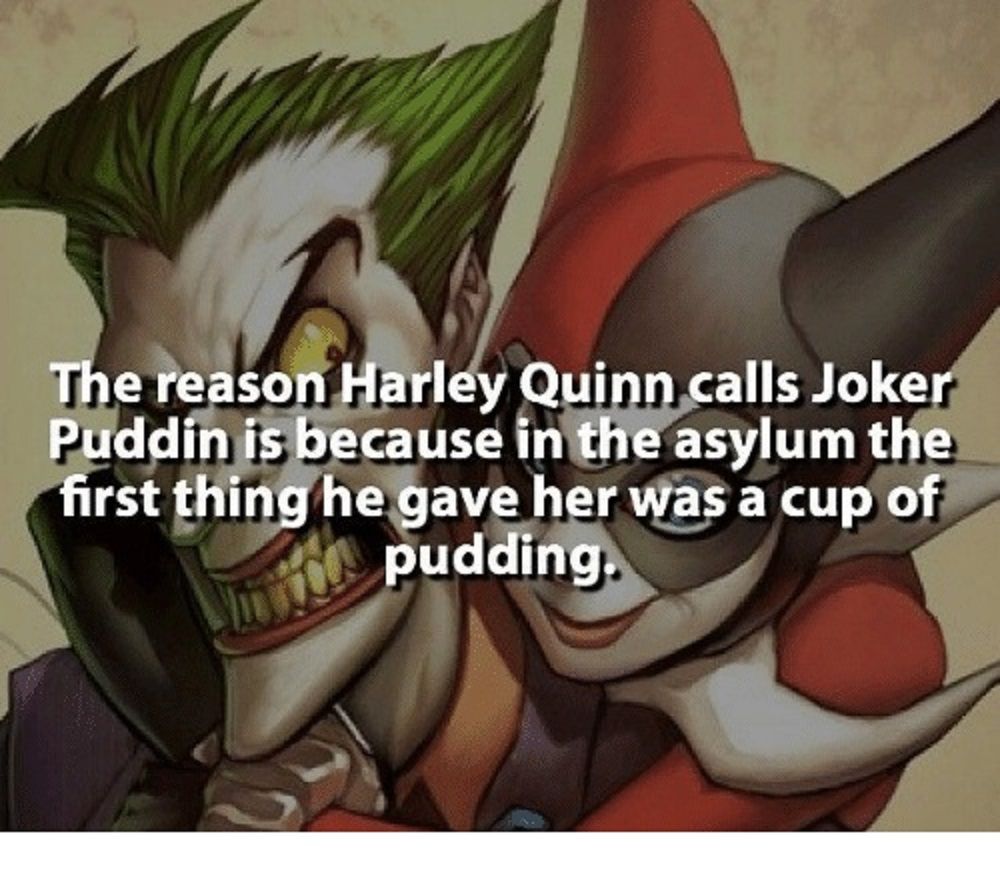 The trick with Harley Quinn, as I noted in a legend years ago, is that there was not a whole lot of early development of Harley Quinn since Paul Dini and Bruce Timm didn’t even have her originally in the episode of Batman: The Animated Series that ultimately became her debut. I wrote at the time, “As you might note, the episode was a lot darker than most animated fare of the era, and part of that was the desire by Bruce Timm and the writers of the series, like Paul Dini, to make the Joker on this cartoon a good deal darker than he was in other media. That, though, rans into a problem – there were no jokes!

Bruce Timm reflected on the problem in his Modern Masters book from TwoMorrows. They had made Joker scarier and scarier and so Paul Dini introduced the idea of Joker having a comedic henchwoman to lighten up the mood a bit. Timm agreed and when the episode was finished, the character that they had introduced, Harley Quinn, was so well-received that they kept using her more and more on the series.”

Eventually, her lack of a background led to Dini and Timm writing and drawing a one-shot comic book called Mad Love that told Harley’s origins (they later adapted the comic into an episode of the series). 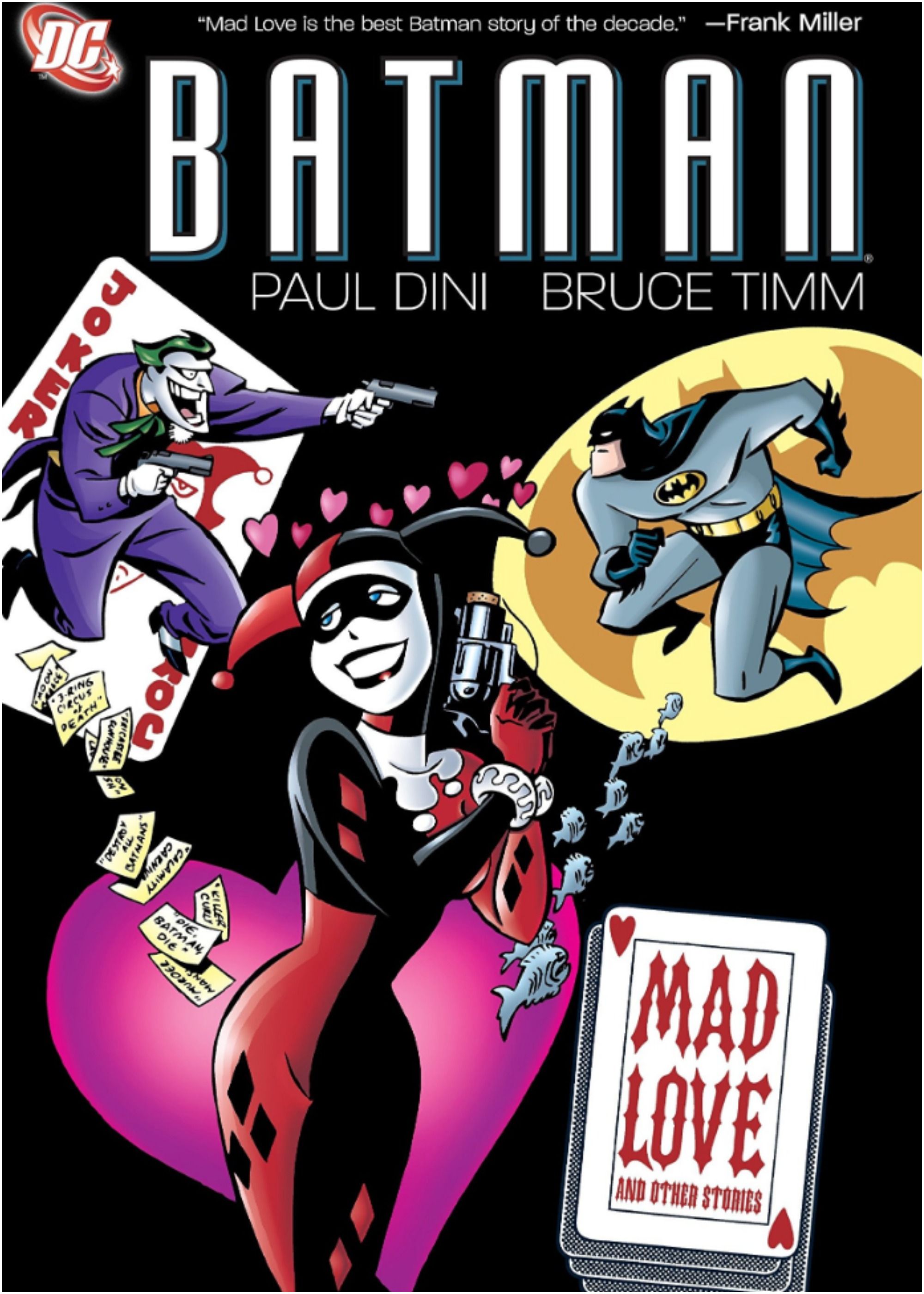 And no, in none of Harley Quinn’s origins has she ever explained her nickname of “Puddin'” for the Joker as being because he gave her a pudding cup when they first met. It has not become a thing period in any OTHER comics SINCE then. Well…for now, of course. Who knows what the future will hold?

In the latest Movie Legends Revealed – See how Michael Caine’s tax status, of all things, led to him becoming Scrooge in The Muppets Christmas Carol.

OK, that’s it for this installment!

Thanks to Brandon Hanvey for the Comic Book Legends Revealed logo, which I don’t even actually anymore, but I used it for years and you still see it when you see my old columns, so it’s fair enough to still thank him, I think.

Feel free (heck, I implore you!) to write in with your suggestions for future installments! My e-mail address is cronb01@aol.com. And my Twitter feed is http://twitter.com/brian_cronin, so you can ask me legends there, as well! Also, if you have a correction or a comment, feel free to also e-mail me. CBR sometimes e-mails me with e-mails they get about CBLR and that’s fair enough, but the quickest way to get a correction through is to just e-mail me directly, honest. I don’t mind corrections. Always best to get things accurate!

Here’s my most recent book, 100 Things X-Men Fans Should Know And Do Before They Die, from Triumph Books. 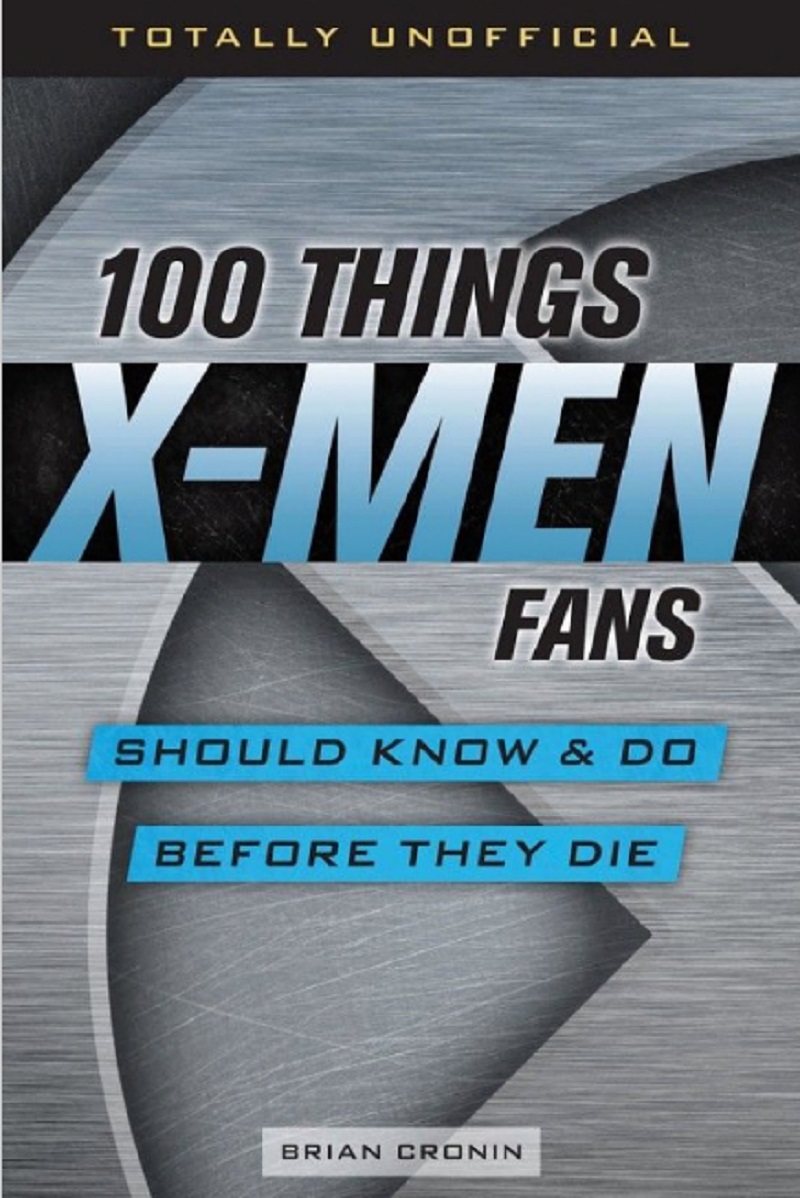 Here’s my second book, Why Does Batman Carry Shark Repellent? The cover is by Kevin Hopgood (the fellow who designed War Machine’s armor).

The cover is by artist Mickey Duzyj. He did a great job on it…

See you next time!

KEEP READING: How Spider-Man’s Foe, the Man-Wolf, Was Named Before He Was Officially Created

Investing in MCU Comic Books on a Budget