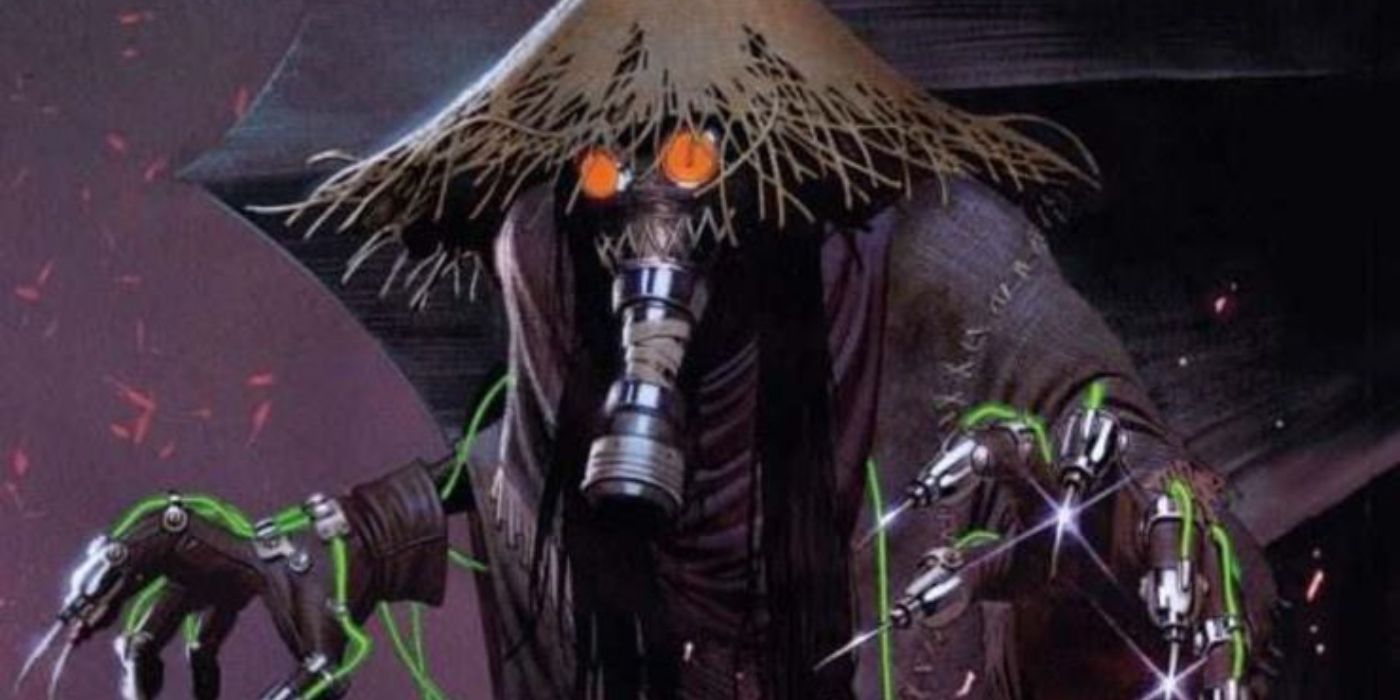 WARNING: The following article contains spoilers from “The Bats of Christmas Past” in Batman: Urban Legends #10, on sale now.

An attack by the remains of Scarecrow‘s followers in “The Bats of Christmas Past” from Batman: Urban Legends #10 (by Tini Howard, Christian Duce, Sarah Stern, and Becca Carey) revealed that the villain’s signature weapon has a surprising weakness. When the followers attacked a store with fear gas, Nightwing activated the building’s sprinkler system. Apparently, airborne fear toxin is water soluble, meaning any building with a sprinkler system could potentially dispel the gas if they were attacked in this way. This unexpected weakness might also explain a few things about Scarecrow’s recent choices during the recent “Fear State” storyline.

This revelation about the gas actually makes sense given what is known about the toxin. It has long been established that Scarecrow’s signature chemical weapon is more potent in its liquid form and this provides an explanation why. The only reason Scarecrow made the fear toxin airborne was because it would affect more people at a faster rate. It would also be easier to affect his enemies instead of risking a physical confrontation by getting close enough for an injection. However, this comes at the expense of the toxin’s hold on the mind as well as it’s ability to maintain composition. 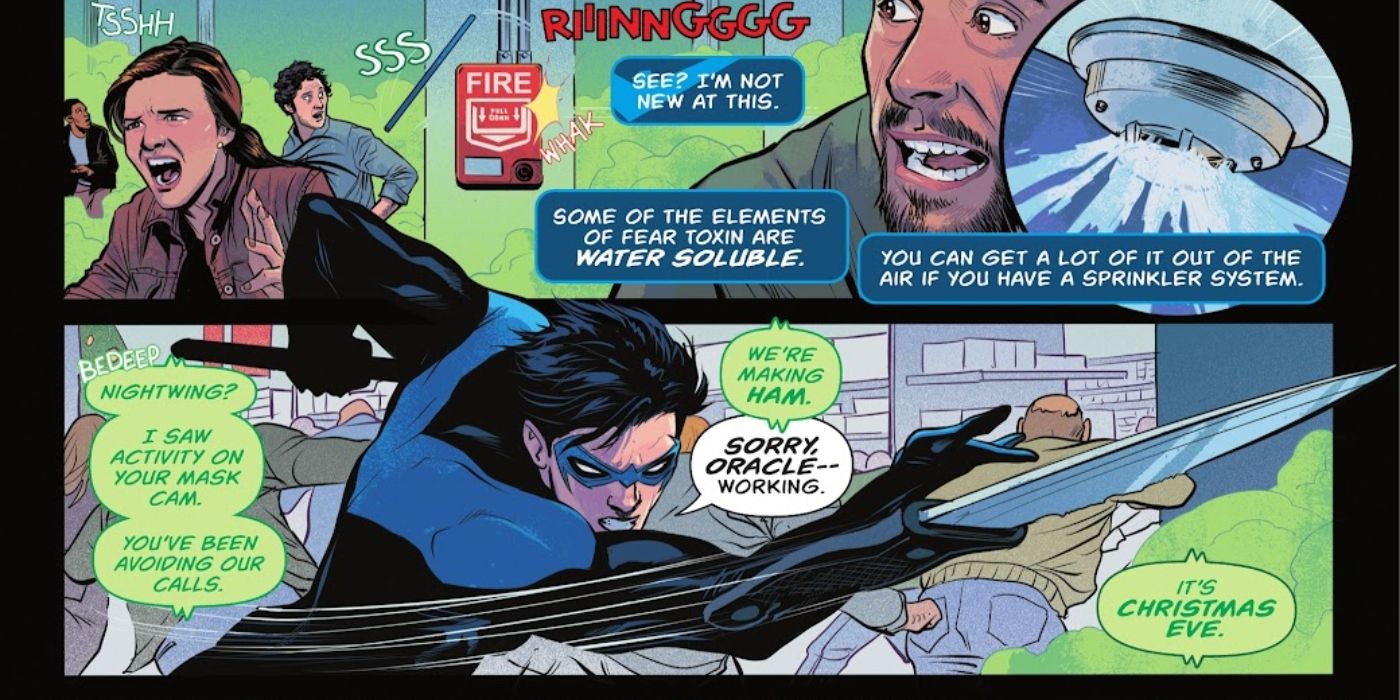 With this revelation, most buildings in Gotham have a degree of safety if they have a sprinkler system. Fire alarms could be rigged like carbon monoxide detectors to turn the water on if fear gas enters the room. Likewise, a massive gas attack on Gotham City wouldn’t last long if it rained. This might explain why Scarecrow has never attempted to launch a fear bomb prior to “Fear State,” and even then used something designed to have a longer lasting effect.

During “Fear State,” Scarecrow attempted to rewire the Unsanity Collective’s memory machine to psychically spread fear throughout Gotham’s citizens. It would have been irresistible and permanent, its citizens either collapsing under the mental strain or rising above it. However, it was a massive departure from his usual dispersal of fear toxin. Even now, with the most recent batch of fear toxin, it seems Scarecrow has not been able to figure out how to avoid the key weakness inherent in the deadly substance. 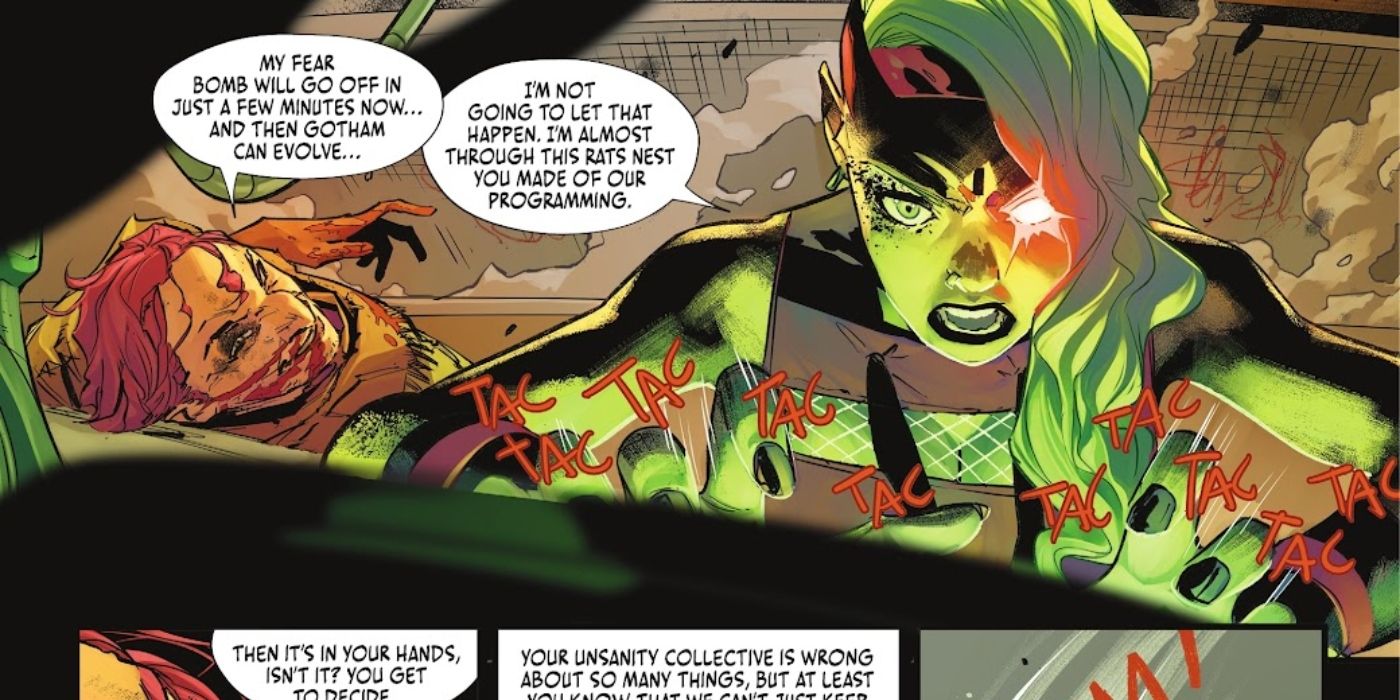 While it seems like the Scarecrow has lost his best weapon, this might just be the gateway for him to become even more dangerous. Before his return to Gotham, Scarecrow acquired the Mad Hatter’s technology to psychically induce fear in his victims. This eliminated his need for the gas altogether.

Scarecrow seems to be learning from the deficiencies in his gas and is actively trying to improve his methods. The other villains of Gotham City have improved upon their methods and abilities over time, but Scarecrow has remained largely the same. It now appears that he has updated his methods as well, choosing to attack the mind directly instead of relying on the failings of his past work.

KEEP READING: Batman Is Broken Again – And It’s Way Worse Than His Back