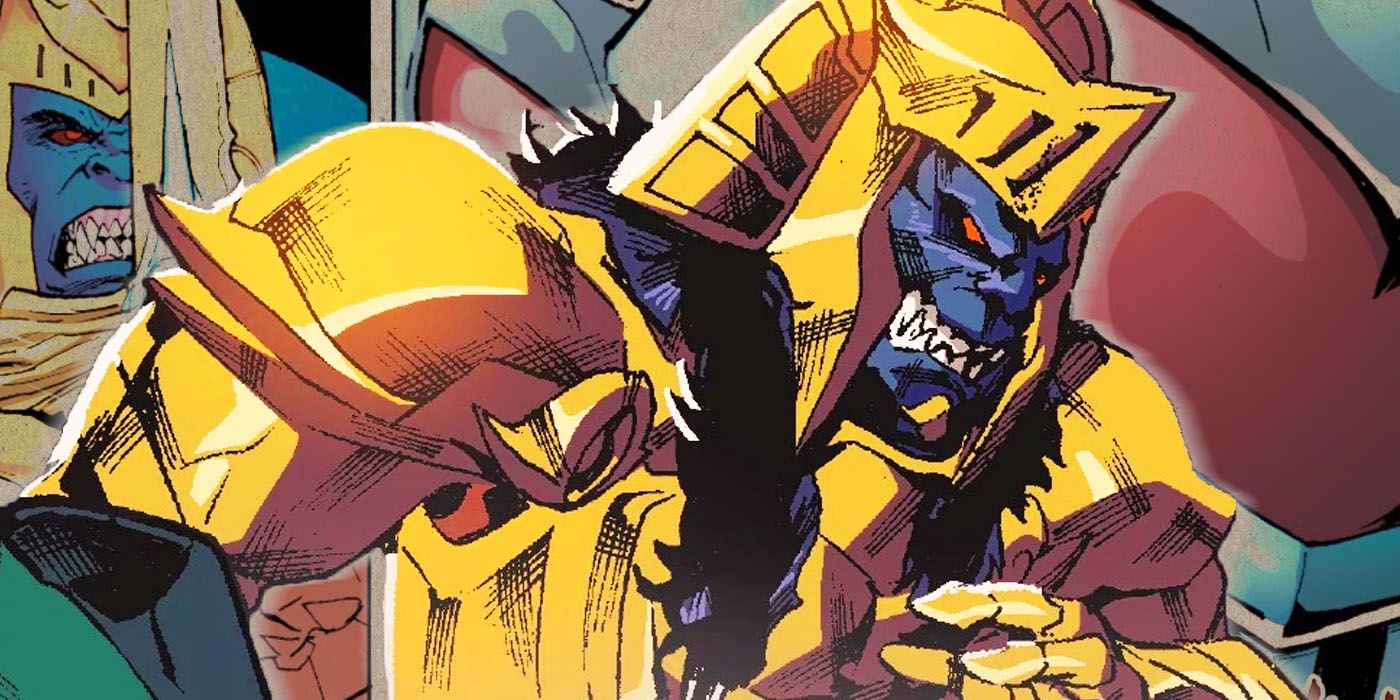 The Mighty Morphin Power Rangers have never been short on monstrous villains to face off against. While some of these enemies have become icons thanks to their immense power or memorable storylines, others have been relegated largely to the role of comic relief. Such is the case with Goldar, whose time on the original series saw him fall from frightening to forgettable thanks to countless defeats at the hands of the titular heroes. The Goldar of the comics, on the other hand, is a far greater threat than his small screen counterpart, one willing to sacrifice those closest to him for a cause he isn’t even sure he believes in.

When Boom! Studios’ Mighty Morphin Power Rangers first hit the scene in 2016, it was immediately evident that this version of the story would push the bounds of what fans had grown familiar with over the previous two decades. While the primary series followed the team’s exploits following the original Green Ranger saga, the 2016 Annual gave readers a chance to follow along with other aspects of the lives of their favorite heroes and villains. 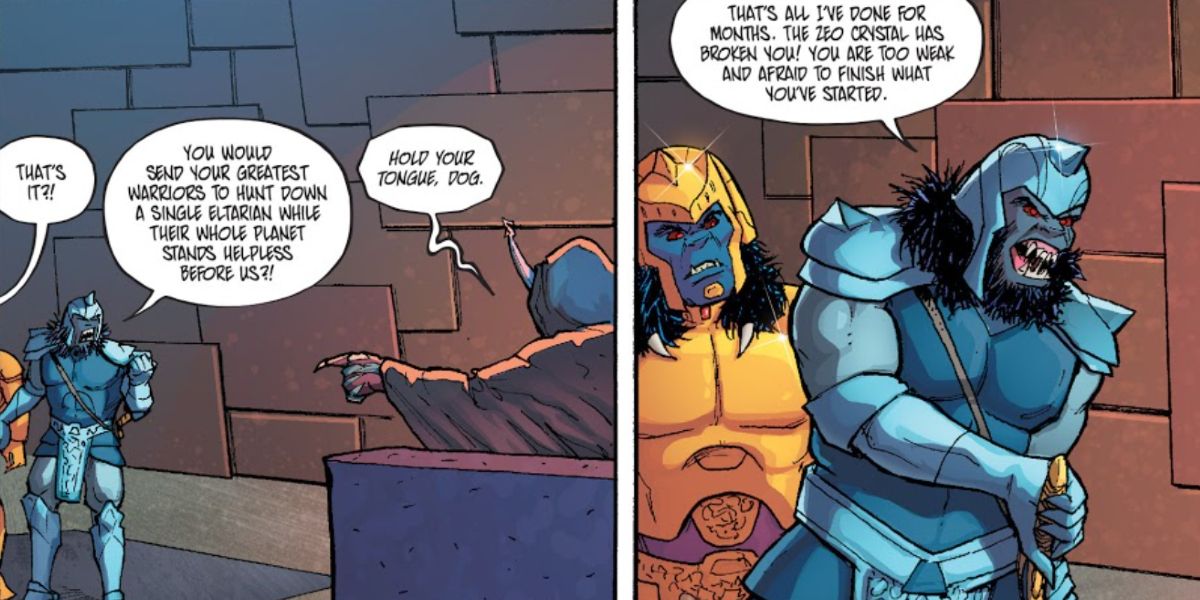 Trey Moore’s “Only the Strong” in particular provided fans a glimpse into the early days of Lord Zedd’s war with Eltar, shining a new light on the beastly Goldar while also introducing his brother Silverback. Together these two waged war on worlds across the galaxy, decimating them all in the name of Lord Zedd. As the strongest of all Zedd’s monstrous warriors, Goldar and Silverback were unmatched on the battlefield, yet the latter had grown quickly disillusioned with their emperor’s tactics. While Silverback’s concerns were certainly warranted at the time, airing them openly in Lord Zedd’s presence would only lead to his downfall.

Silverback’s insubordination was met with a devastating bolt of energy courtesy of Lord Zedd, yet that alone would not suffice as punishment. For his traitorous rhetoric, Silverback was sentenced to death with his own blade as wielded by his brother’s hand. Goldar’s inner struggle and belief in what Silverback had said could not quell his dedication to the Emperor of Evil, nor could Silverback’s dying pleas for help. With a single strike, Silverback was ended, all while Goldar’s place at Lord Zedd’s side was cemented in blood. Death itself hasn’t been shied away from by the mainstream Power Rangers over the years, although anything remotely close to the violent fratricide of the comics was far from any demises that fans of the original series would be familiar with.

Of course, the death of Silverback wasn’t just a way to reassure readers that the Power Rangers they had picked up was for a now adult audience. It also served to ensure that no character would ever truly be safe, regardless of how much time they spent on the comic book page or what place they held in this new take on the franchise. Goldar and his fellow Evil Space Aliens haven’t necessarily become any more dangerous than they were on the original series, but they have all at least been given room to grow beyond their one-dimensional beginnings. 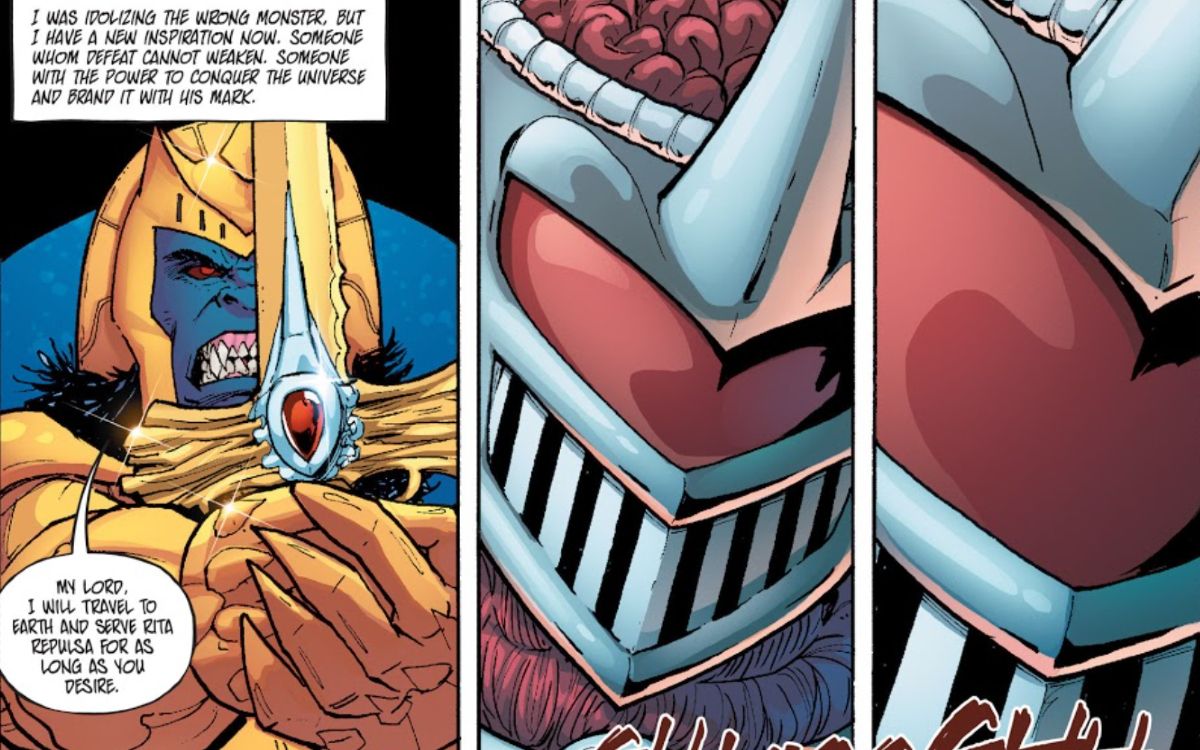 Even if Goldar hasn’t come very far from his tragic ascent up the totem pole of Zedd’s henchmen, he hasn’t lost any standing in the years since then, either. The very same unrelenting brutality which saw him carry out Silverback’s murder has kept him close to his evil masters, and has kept them from cutting his own life short despite so many failures to defeat the Power Rangers.

Now that Zordon and Zedd are both out of the picture, there is no telling what direction Goldar might take without someone else guiding him, although it’s almost certain to be very, very bad.

Despicable Me: Minions Heading Back to Streaming Ahead of Rise of Gru Debut