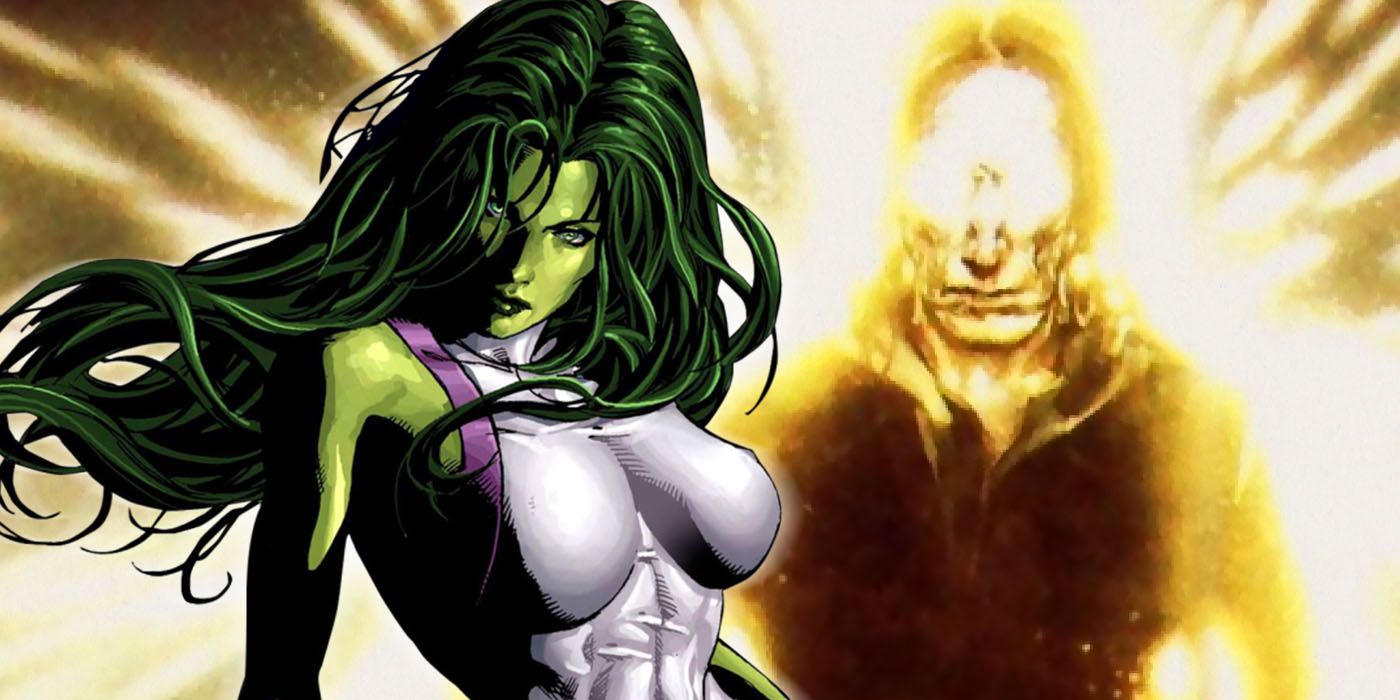 She-Hulk has a lot of powers that make her one of the strongest characters in the Marvel universe: super-strength, invulnerability, and the ability to win every case that’s put in front of her in the courtroom. But her lesser-known ability to break the fourth wall and speak directly to comic readers could be the key to introducing Marvel’s one true God, the One-Above-All, into the Marvel Cinematic Universe.

According to multiple reports, the 2022 Disney+ She-Hulk series will feature several instances of She-Hulk breaking the fourth wall and knowing that she is a character within the MCU. According to insider KC Walsh on the Straight Outta Gotham podcast, “one of the breaking moments” in the series will feature the titular character breaking the fourth wall to yell at the President of Marvel Studios and Chief Creative Officer of Marvel Kevin Feige. Given how the One-Above-All has previously appeared to characters as their real-life creators, Feige talking to She-Hulk could establish him as the MCU’s version of Marvel’s God.

Related: She-Hulk Star Tatiana Maslany Reveals How Much of Her Heroic Persona Is CGI 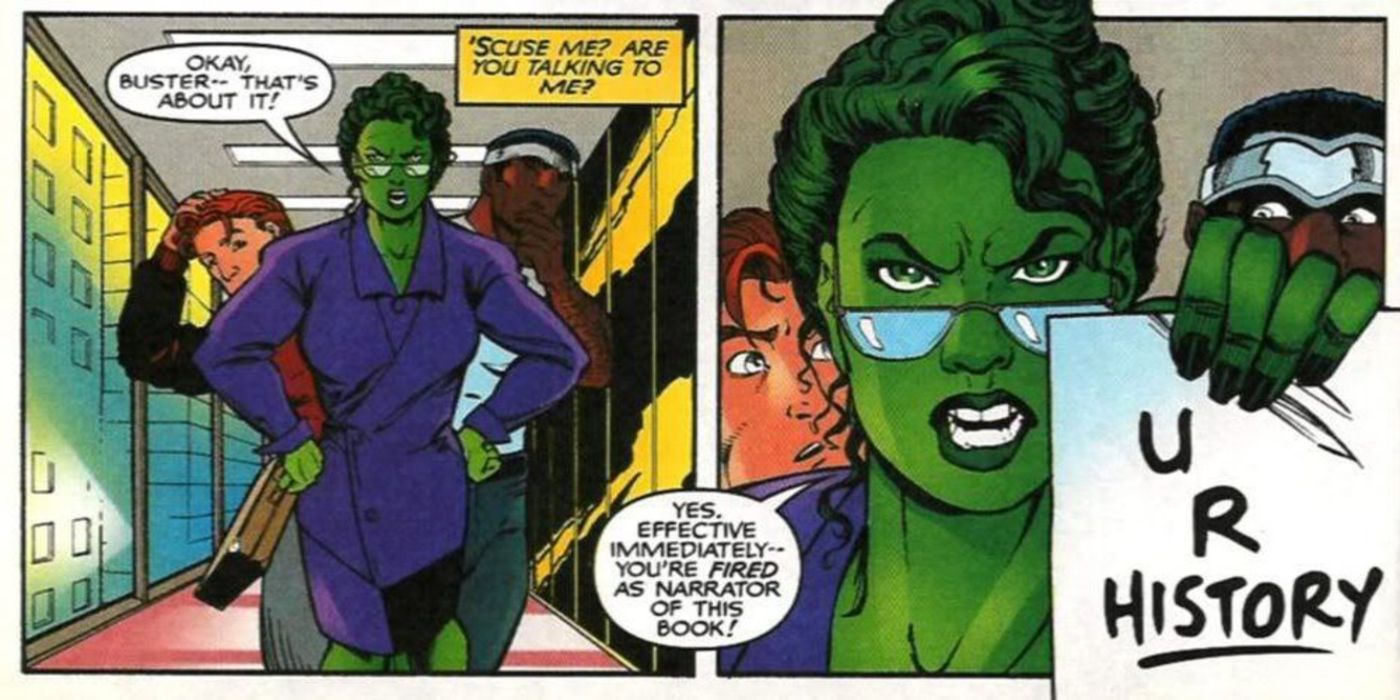 Created by Stan Lee and John Buscema, She-Hulk/Jennifer Walters first debuted in The Savage She-Hulk #1 in 1980. After being caught in the middle of a shootout, Walters received an emergency blood transfusion from her cousin Bruce Banner/Hulk and his gamma-irradiated blood gave her some of his powers. While she’s not as strong as her cousin, thanks mostly to his rage making his power immeasurable, she does retain her intelligence when she transforms and prefers staying in her altered form. Since her introduction, she’s been able to break the “fourth wall” that separates comic books and our reality, a power she’s used multiple ways. Perhaps the most famous of these was on the cover of The Sensational She-Hulk #1, where she told readers to buy her book or else she’d come to readers’ houses and rip up their X-Men comics.

Debuting in Fantastic Four #511, the One-Above-All was created by Mark Waid and Mike Weiringo. They embody everything good and they’re the supreme creator of the Marvel multiverse. In their debut, they appeared in front of the Fantastic Four as their original creator Jack Kirby drawing at his desk. During their conversation, Kirby got a call from his “collaborator,” who was strongly implied to be the Fantastic Four’s other creator and the MCU’s staple easter egg before his death, Stan Lee. While his initial form was Kirby’s, the One-Above-All has taken a different form every time they’ve appeared in the comics.

She-Hulk having a conversation with Feige, one of the people most responsible for her Disney+ series’s creation, mimics the Fantastic Four’s conversation with Jack Kirby. Given that She-Hulk will be addressing her creator, the exchange will basically be establishing Feige as the MCU’s version of the One-Above-All, debuting Marvel’s one true God to the cinematic universe as one of the men pivotal to its creation. Given the One-Above-All’s infinite powers and all-consuming control over creation and destruction, they could never be introduced into the MCU as an actual character though. Unlike the MCU’s previous villains, Thanos or Ultron, the One-Above-All can never be defeated, it simply exists as a multiversal force of nature. 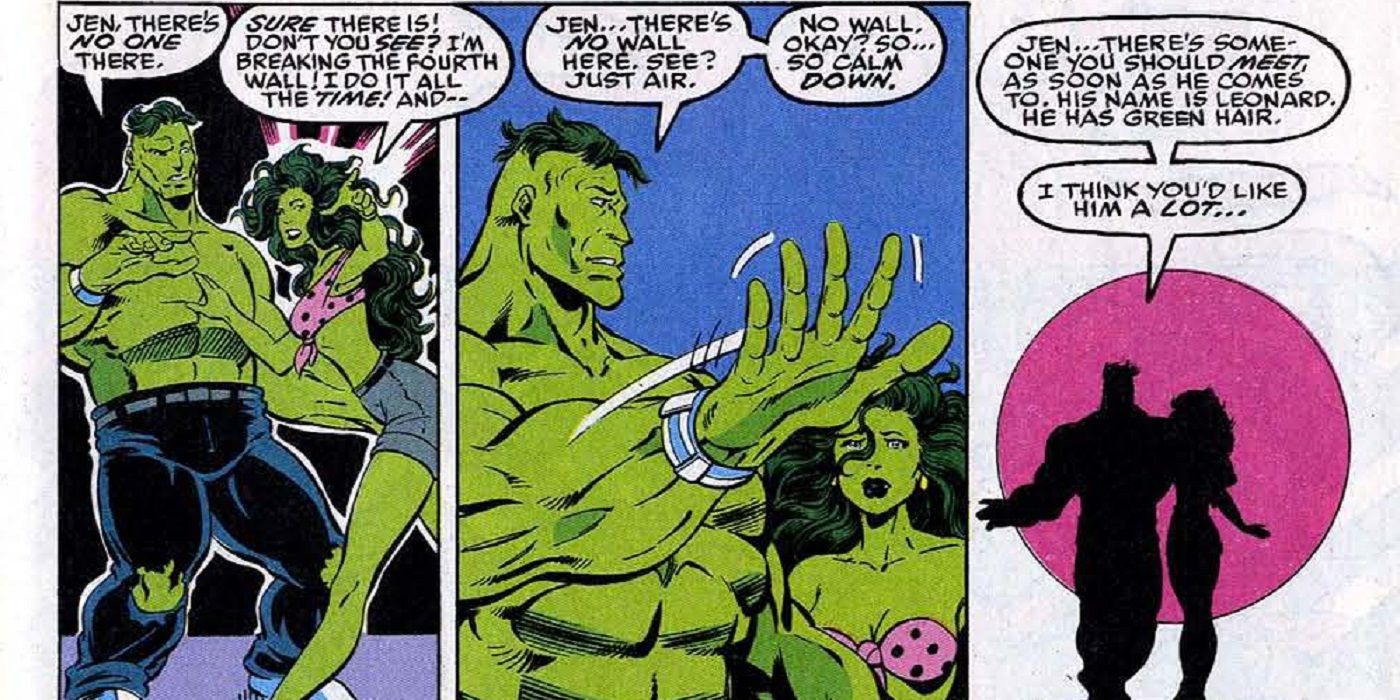 She-Hulk will debut in 2022 and Feige confirmed that the series will be a half-hour legal comedy that will consist of 10 episodes. It’s also rumored that it will help set up a future “World War Hulk” movie. If She-Hulk were to introduce the One-Above-All to the MCU, it makes complete sense that they would be played by the person who was pivotal to creating the juggernaut movie franchise and bringing so many different characters to the silver screen.

KEEP READING: How Did Thor and Hulk’s Steamy Romance End… Or Did It?